I’ve still got a contract with Ossa.

What do you have to do as part of that contract?

I’ve no idea. It’s about clothing but not motorcycle clothing, other things. I don’t know anyway. That was then. The next time I’m in Spain very soon me and Bli will be going to see them. I love Ossa to bits, that’s no secret. One thing I thought was funny was that they released the new bike in Italy and I’m wondering why. They invited me to go and I rung up and said we can go and I said send us the air plane tickets. They said “oh no, you’ll have to pay” I said “What do you mean I’ve got to pay to come over “Oh yes” they said. So we didn’t go. Anyway what happened was that as I didn’t got they got a Mick Andrews look alike so all the photos you see from the show. I’m there in the crowd with my white bell hat on but it’s not me ha ha ha ha
The 2010 launch of the new Ossa was at the Milan motorcycle show. Marc Colomer the development rider was present along with Xiu Serra (holding the micraphone) the bikes designer and the undesputably the most influential man in the design of modern days trials machines and engines.


The photo on the left clearly shows the look a like in Mick's trademark white cap.
I love the people from Spain they’ve treated Jill and me so well over the years. On my 60th birthday I was down in Spain for a trials school and I met up with Bli as he’s one of the main blokes we socialise with down there. One day we were staying with Bli and we woke up and Jill and me went down for breakfast. We met up with Bli there and Bli over breakfast and then went out for a trials school. Well that went well and Bli drove us back cos he knows the roads really well as he comes from down there. Anyway we kept going and he drove into a farm yard with all tumble down buildings. I’m thinking to myself what’s going on here. We past the buildings into a field out the back. In the middle of the field is a helicopter. He pulled up by it and said come on I’ve treated you to a look of the area by air. This was great, ever so nice of him to arrange, so in we got. It was getting late afternoon by now and we were up in the air for about 15 minutes. We went over Barcelona and the hills outside. It was absolutely brilliant. They we started to slow down and I thought what?  I looked out and saw a building an old place beneath us and the helicopter lowered down.  As we got right down low I saw tables out on the lawn with people sitting out. Then loads of fireworks went off and rockets. We touched down and by now Bli told me it was a surprise 60th birthday party for me. My Spanish mates were there and they even had an Ossa with a section going up some steps. I rode the bike up the steps and fireworks were going off. It was brilliant, really nice of them. That was a great time.

Who do you offer most thanks to?

Ralph , who started me off , Hugh Viney from AJS  and of course most of all by far , my wife Jill . 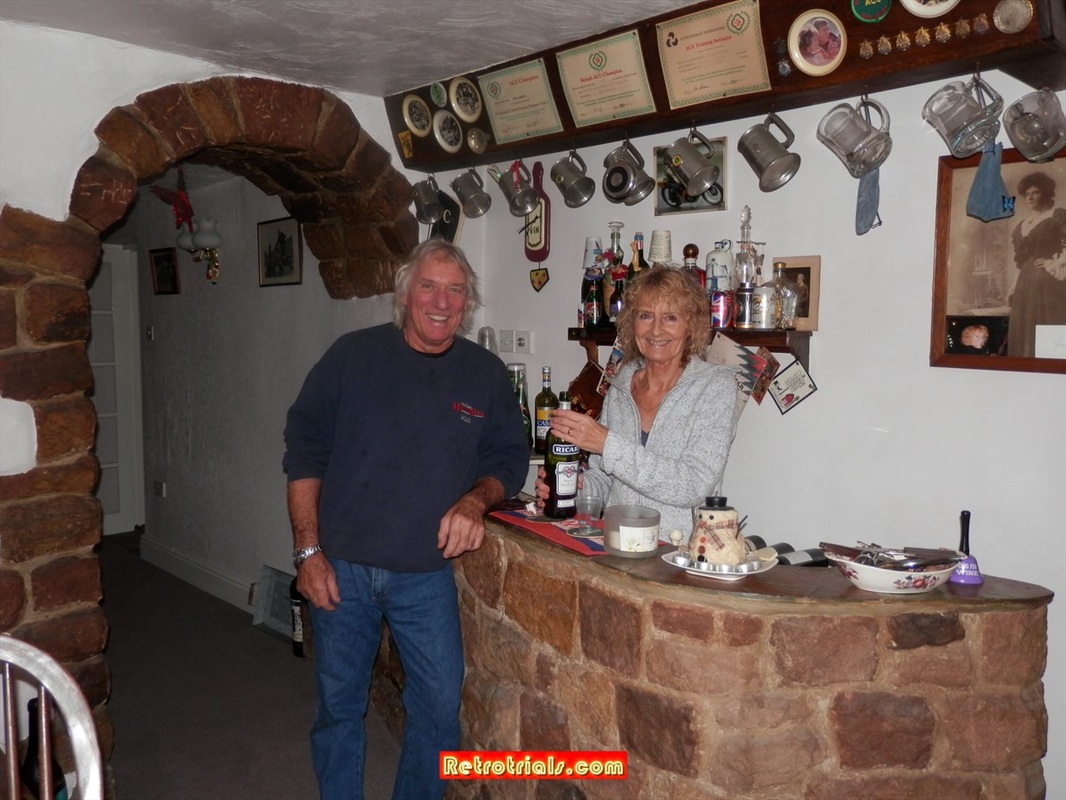 Mick Andrews interview WWW.RETROTRIALS.COM
Ok , this is the time at the end of the interview. The questions have all been asked and Mick's going to give us a better look around.
Mick is giving us a tour of his house , momentos and outside as well. Seeing as we are inside now , we'll start here. 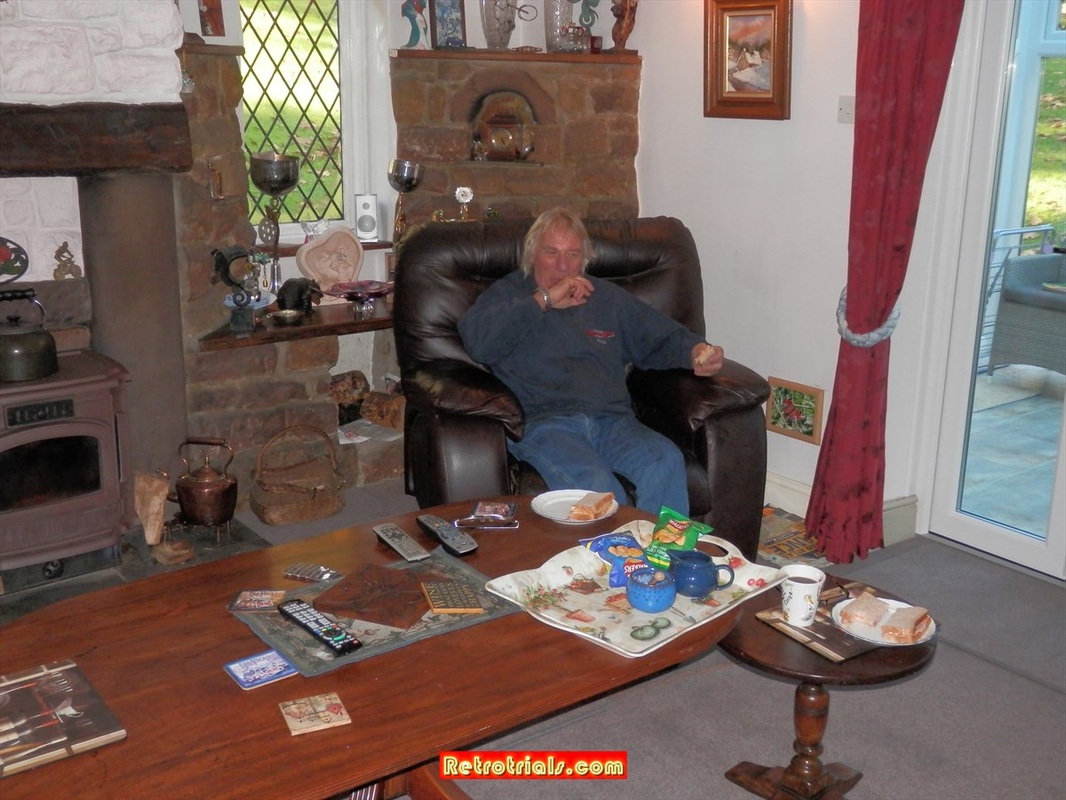 Mick Andrews interview WWW.RETROTRIALS.COM
These 3 watches are important to Mick. The left watch is branded Bultaco , the centre Yamaha and the right Ossa. 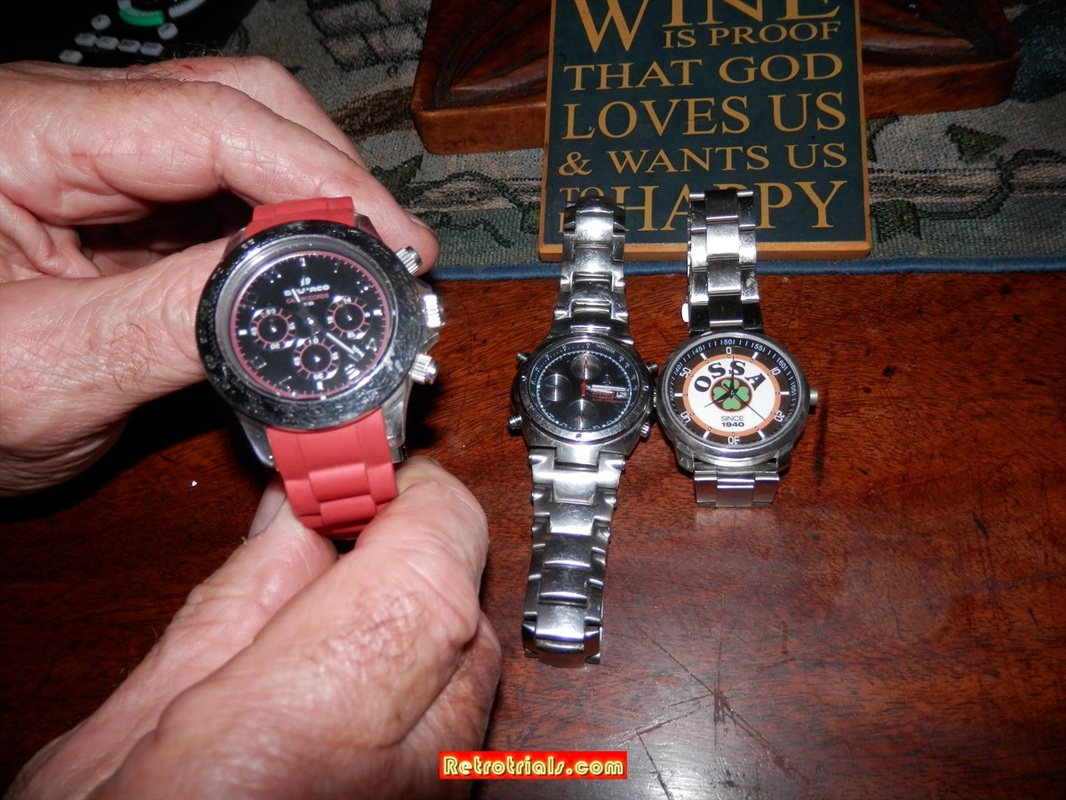 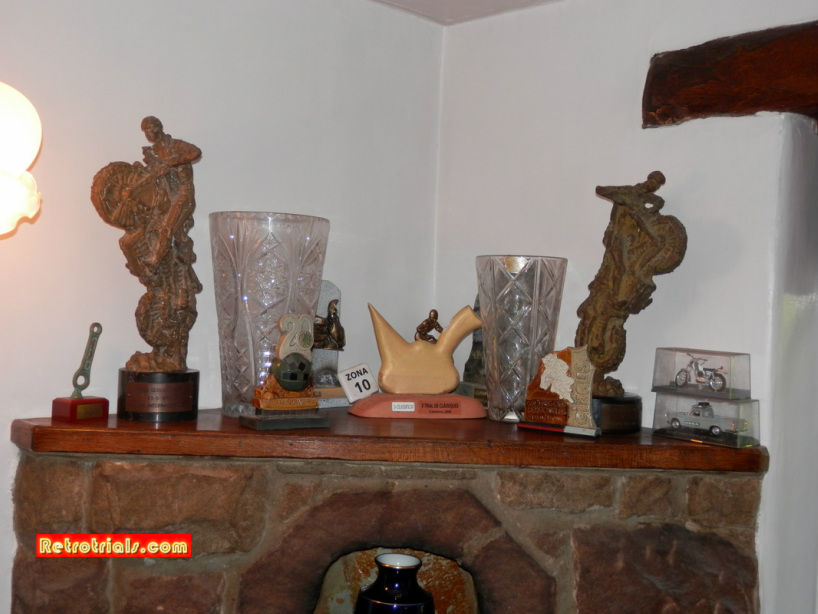