Amos and I then got his 3 fantastic Retro bikes from the garage and positioned them on the garden for photos. These bikes are also the stars. 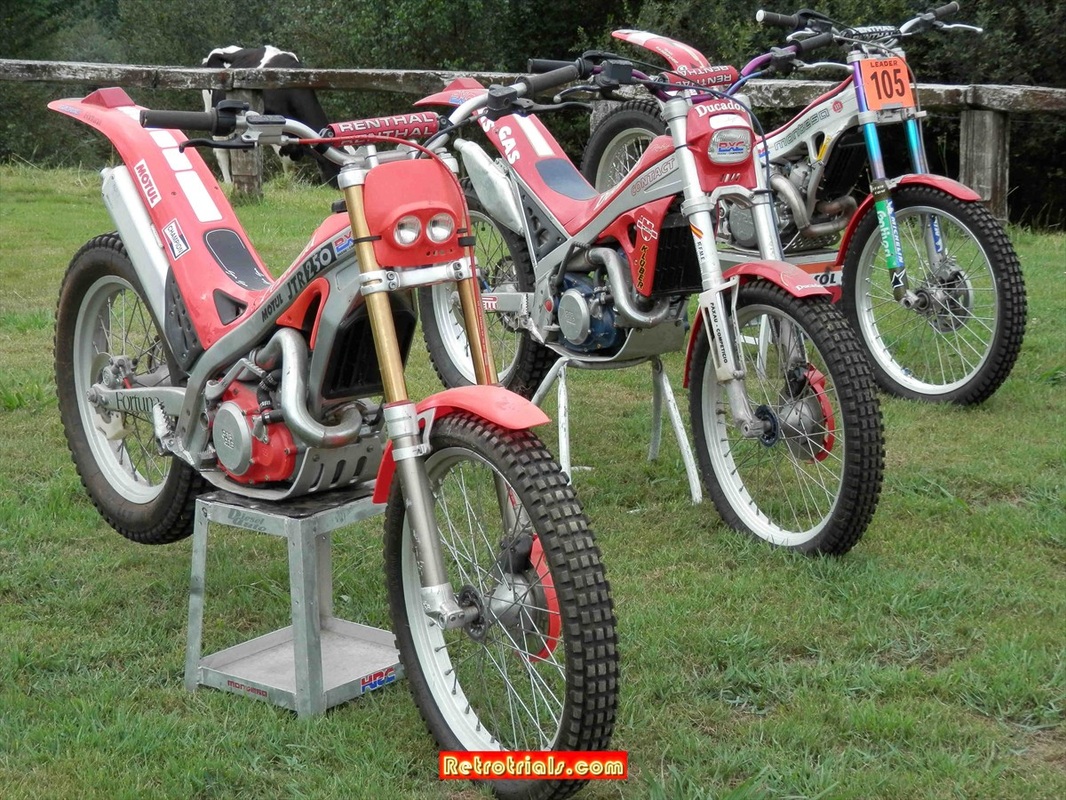 Amos Bilbao Interview WWW.RETROTRIALS.COM
The first bike is a 1996 GasGas JTR250. This is special to Amos as he won the Spanish Championship on this bike.
For me this is the most important bike of Amos's collection. This is the 1992 Contact 250 that Amos won his first World trial one in Germany. He also won the USA Trial the same year as well as competing in the other rounds on it. This was his number 1 bike.


Looking at this bike now it's important to recall that this was created before Jordi Tarres was on the scene. Amos was GasGas NO 1 rider. I remember what Andreu Codina the Worldwide sales manager with GasGas told me. He told me that 1992 was the year at spring boarded GasGas from being a small player to a big unit player in the trials World. Amos was the GasGas rider who really was the international face of Gasgas. Amos helped to create the GasGas success.
At this time, GasGas had no World trials titles. The chain is link less and rivetted. Note the half link