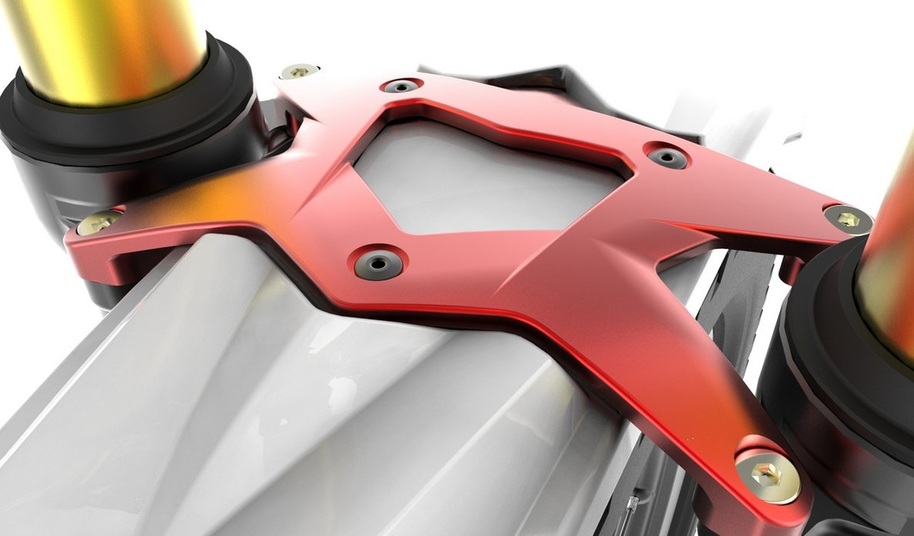 Exclusive - Trs prototype test ride www.retrotrials.com
Mark Arano joined us. As TRS sales manager, part of his job is to create an importer network around the globe. Already numerous high profile importers have been over to test the bike and have signed up sure of a great future.

Now ...I explained that the TRS was being treated relentlessly. I didn't think that I might be playing a part in this !!!. Jordi explained that he needed the view of the prototype TRS from the view of normal riders. Well I wouldn't say I'm normal. .... My riding is below par. .... but I'd love to ride it anyway :).

Jordi started the bike first kick and handed out over to me.  'Are you sure about this Jordi ?' The last time I rode, my Enduro bike spat me off and I ended up unconscious in hospital with stitches to my chin. Jordi was confident I’d be fine. Sooooo with a huge grin I selected first gear then second riding around the turning circle so famous for Adam Ragas circular wheelies. 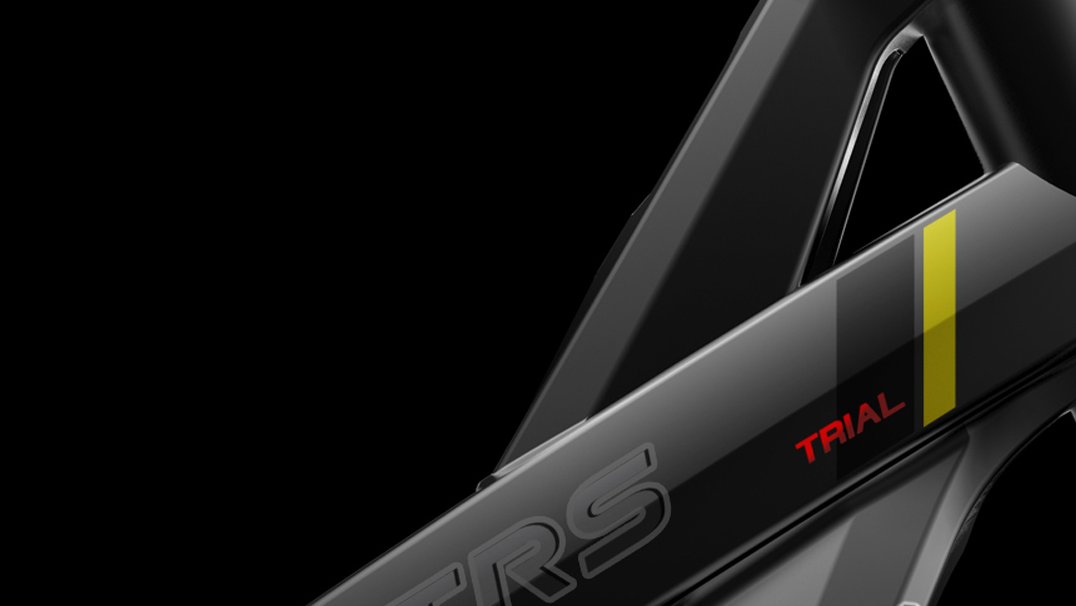 Exclusive - Trs prototype test ride www.retrotrials.com
It felt great.... but Jordi wanted me to ride more and directed me over some rocks in his garden and up the steep banks along the side, already grooved out in places with tyre tracks. Christ the bike felt sooooo alive and so responsive.... but I have to remember that the team doesn't want the specifics mentioned as they might change, so please forgive me.
I returned back to Jordi so so so grateful for this opportunity. Jordi was sitting on another bike wearing a helmet. He said 'Let's go into the hills for a ride'. Now it started to get a little surreal. I followed the legend and 7 times World Trials Champion winding and weaving at a casual speed through the streets of Rellinars and out beyond the village boundaries switching position with Jordi as lead. (not that I knew where I was going). Then with Jordi in front he turned off onto the dirt with me riding the prototype. A couple of hundreds later standing on the pegs and Jordi lent his bike up against a tree and removed his helmet. I was thinking 'You've seen me ride before. I'm still rubbish :)'. The pine tree covered bank strewn with rocks in front of me was an easy place to ride for your average rider but I did my best to choose the easiest lines to avoid embarrassment.
I managed to keep my feet on the pegs for the most part. I had one five on an ambitious step that was way beyond me and had to take immediate action to avoid blushes. Jordi was there running after me from bank to bank like a protective father (I don't blame him) praying to the Gods I didn't damage anything. And. .. Luckily I didn't. Jordi then jumped on whilst I took a well earned rest in the spring Spanish heat. Selecting 2nd gear he rode up the bank, turned left half way up came down a little turning right on a camber before winding up the motor then up a good sized step .... off with the throttle then on again and skill fully negotiated turn after turn before shooting up the steep bank leaping a gap of 6 feet on his way up the hill and landing on the top lip. After 20 minutes we head back but not after I cheekily detoured off the road onto the infamous TR34 Beta video Tarres training grounds for a surreal experience riding the latest Jordi Tarres bike on the same ground dirt and rocks he trained on as a lad and the scene of so so so many photo shoots. Here are a few :).
This was the path we took. 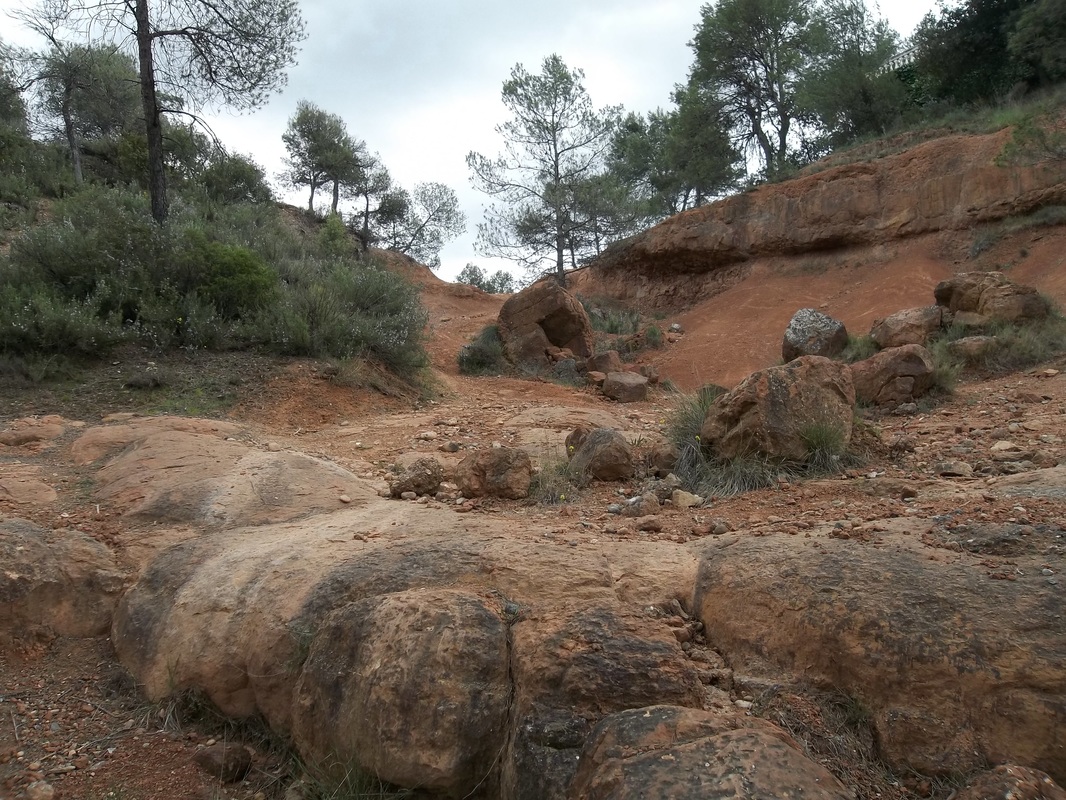 Exclusive - Trs prototype test ride www.retrotrials.com
The same route 28 years earlier.
And later in the 1990's.
Sorry I'm in retro heaven. Reality had become blurred :).
We arrived back at the house, parked up and I reflected. This is a tremendously agile and maneuverable bike. I was seriously impressed. We chatted for an hour about the bike, fabrication, the thought process and approach to becoming a champion and how this related to getting the TRS perfect, women and even politics. He explained to me that he could have easily disappeared from the World of Trials and perhaps developed housing projects. Sure this would have brought in the money, .... but this is notwherehis heart is. Jordi loves trial. They can't be separated. 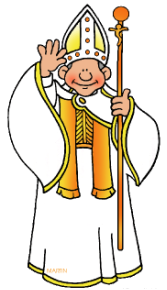 One thing Jordi said, stands out above all others. It has stuck with him for all of these years.

He told me - I was at the World trial riding from one section to another and Narcis came to me. He said  'So ....do you want to be Pope?'.

Of course Jordi didn't want to be Pope but it made him think about what he really wanted.

Jordi explained that this moment stuck with him and these words lived with him always.
Joan Tarres , Jordi's father drove huge forestry trucks for a living. Here he can be seen holding a happy 10 year old Jordi, with Fransesc to his right. Today Joan who is retired works for enjoyment at a local vineyard.
He then said 'I want this to be an incredible bike. I really want it. My parents never pushed me in trial. I pushed myself. I push myself now'.

I like this, .....a lot. It’s clear to me whilst talking that he loves his work so much. There is a sparkle in his eye. When he talks he moves around on his feet like an Italian describing his favourite goal. If your eyes dart around for one moment he captures your attention by moving in only 2 inches from my face. He is a very engaging person.
A moment away from testing and a great photo of 2 World Championship winning bikes with the 7 times World Trials Champion and TRS creator Jordi Tarres. 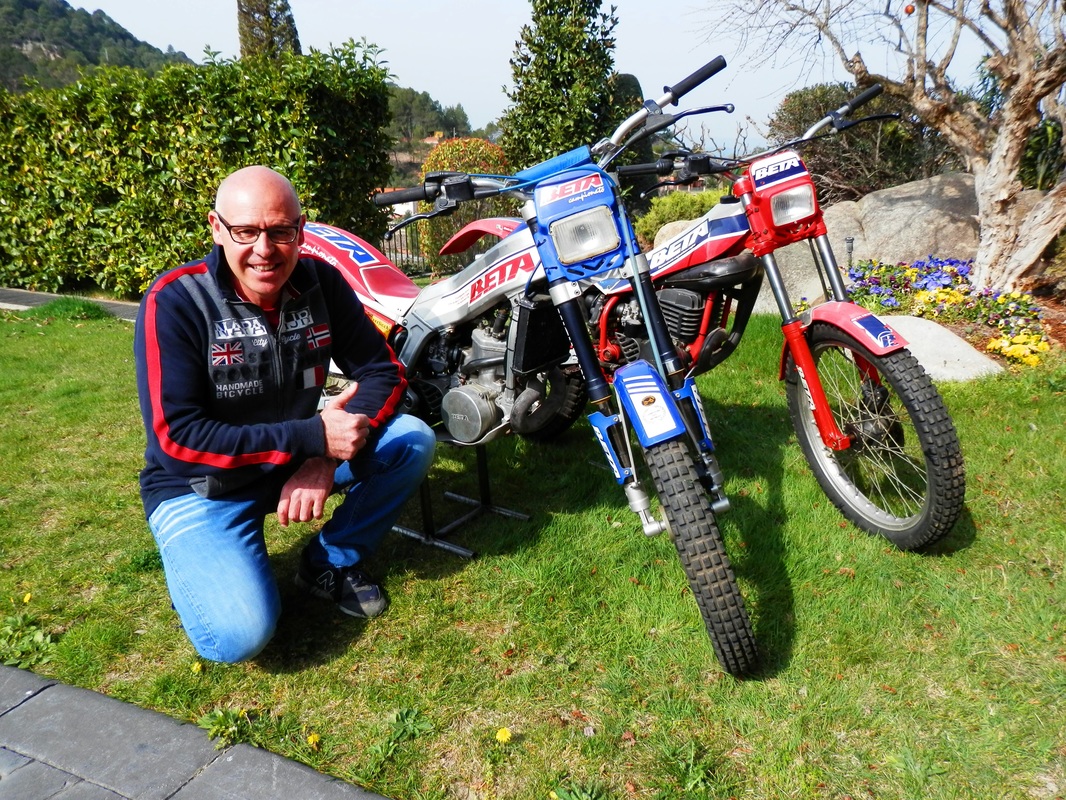 Jordi is determined that this bike will be perfect, first time.

He'll achieve this because he really really wants it.