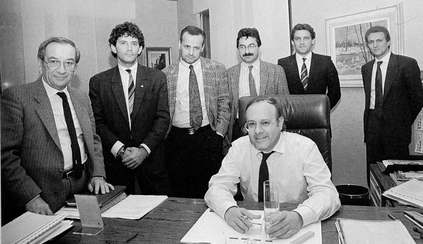 Interview with Fantic boss Mario Agrati www.retrotrials.com
﻿The company was started with a shed the size of 1,200 square meters. in 1970, reaching in 1982 to have 20,000 square meters. following a gradual expansion, having the top thirty employees and reaching a maximum with one hundred and sixty.

The technical department consisted of a manager and two engineers, one for the telaistica, one for the engine, and a dozen of designers and technical staff, including two people who dedicated themselves to the regulations that were then beginning to be quite strict level of noise and approvals.

Going back to the Caballero, surely it must be emphasized that this was the most important means of production Fantic, the real workhorse, the status symbol of the then fourteen. The Caballero name derives simply from an intuition of the time. In fact, in those days it was fashionable a famous advertising linked to a brand of coffee, with that guy sitting with a sombrero on his head. One thing leads to, he liked the idea, and so in an unusual way was born the name Caballero.

interview project 01 Not without problems, however, in fact the name Caballero in the Netherlands was a well-known brand of cigarettes, and for this reason in that country had not been able to use, replacing it with the name Carrera. At that time another bike came Fantic characteristic of the production, the Chopper. The idea for the production of this model also came for frequent visits to the United States, where many young men were traveling with this type of bike also influenced by the popular film Easy Rider who was a cult at that time. Those bikes were built by hand, however, a sort of DIY, in fact there were industries that were dedicated to that type of production.﻿ 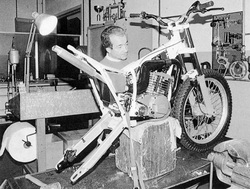 Interview with Fantic boss Mario Agrati www.retrotrials.com
The Fantic Motor had always worked in collaboration with Motori Minarelli interview project 03 , Which had all the interest to follow especially in the provision and development of multi engine running. For Minarelli becoming more and more important the production of mono gear motors. Was the early 80s and the general interest for Regularity, who at that time was called Enduro began to wane, so there was the need to turn in other directions, of which the most important was the Trial. 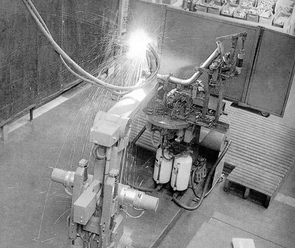 Interview with Fantic boss Mario Agrati www.retrotrials.com
Fortunately at that time that kind of competitions were well attended and the height of popularity, and it was pretty easy to find suitable sponsors so as to amortize the costs, and not least the economic pretensions were certainly not comparable to those of today. With Maffessoli, the racing was Gianni Guanziroli, and the pilot Signorelli who was a mechanic during the week and on weekends he ran. The sports director was un'esterno or Mr. Lino Cornago who was in charge of managing travel, drivers' salaries and logistics in general, was then the organizational mind, while from the point of view of technical management was precisely Maffessoli.
Thank you to  Ruggero Carbonera of  fanticlegend.it  for kind permission.