﻿But first a spot of lunch.﻿

I had let Fransesc know i would pop in and see them for a natter and Angels was kind enough to have some beautiful spaghetti , salad , tomato bread. Very nice - thank you :).

Amongst other things Fransesc loves trucks . So much so that he made a living in the past out of importing trucks into Spain. I was interested to hear that all of the Team trucks used by Jordi during the Beta and GasGas years were all bought by Fransesc and sold afterwards. In fact the Beta truck was sold to Beta Italy and now he hears is a horse truck. Those lucky lucky horses :) .


As soon as the food was served and as if by magic Pol and his friend appeared. They had been practising and also jumping the entire road , motocross style whilst being followed by a flying drone camera. Its true.
Fransesc said that Pol's riding had improved a lot and that he would be riding the adult class this year in the World Championship.
Only the day before Toni Bou had been there practising.
Then , as we were chatting after the meal the noise of a helicopter grew louder. There was a glint in Fransesc's eyes. He stood up and Angel joined him out on the balcony overlooking the pool. The helicopter noise grew really loud and as i joined them on the balcony i could feel the breeze from the rotors on my face. Fransesc and Angel were both waving frantically at the Helicopter and shouted to me "Its my friend".  I looked up and could see a little arm waving from the cockpit. After 20 seconds of hovering it moved on and left us all with big grins on out faces.
Back at the dinner table and Fransesc's phone beeped . He pulled it out of his pocket and saw on the screen that he had been messaged a photo of us all on the balcony. Apparently this helicopter pilot monitors the electric grid pylons from above.

I explained to Fransesc my plan.  I wanted to see if i might be able to photo the house they were both born in.


"I have a key , my father Joan he is still the owner. There are renting people there now." Fransesc found the key in another room and returned to me at the table. He was chucking and i said "What are you laughing at ?!" .  He replied "You James, you are the Investigator of trial". So from this moment my name changed. "Investigator James".

We stood on the balcony and hatched out plan .........then realized it needed no plan , so we went.
As we went down the steps i met Im sure you remember this little lad. Its Spiker . He shuffles between here and Jordi's house. He's quite shy ,but his curiosity always gets the better of him .
Fransesc did have a Bulldog named Sonic but he wasnt getting on with other dogs , so he had to go live at a friends where he could have the place to himself with no other hounds to bother him :).
Time for lunch 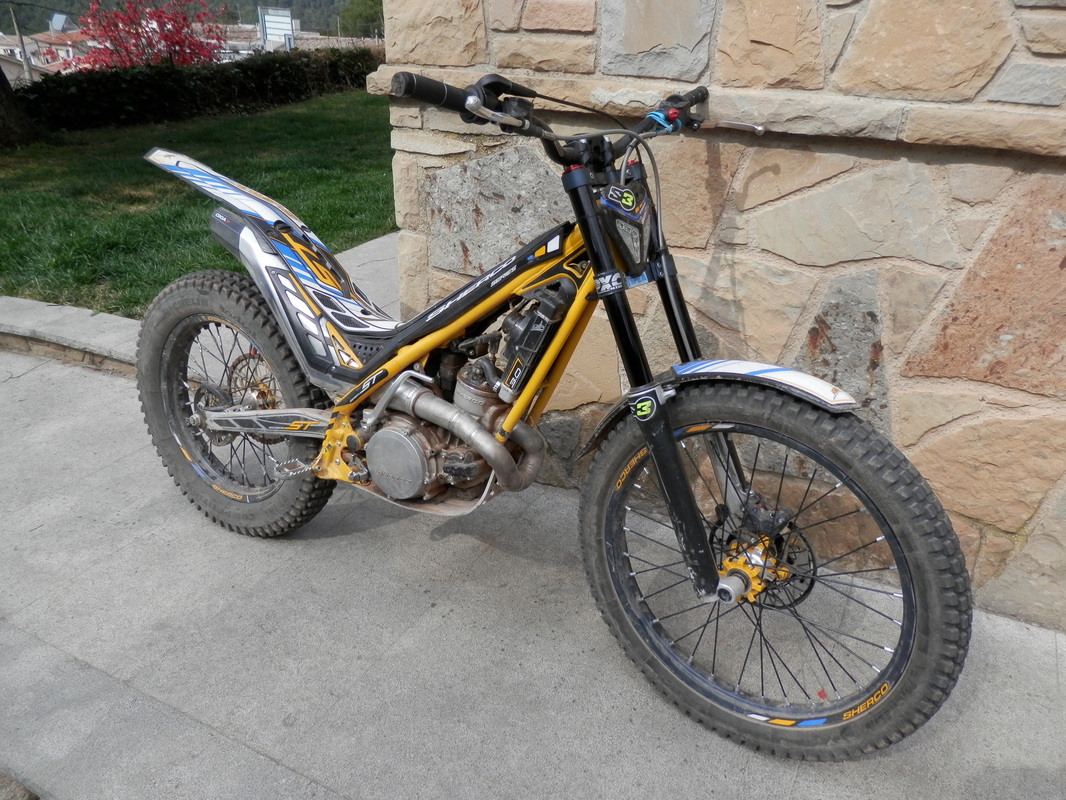 2014 Exclusive tour of Jordi Tarres' first home
Being both in out mid - late forties we both decided that the car was the best option for this short walk ha ha :)

So without any further delay  , lets get down there.