These photos line the Paxau walls. They record his history of involvement through the years 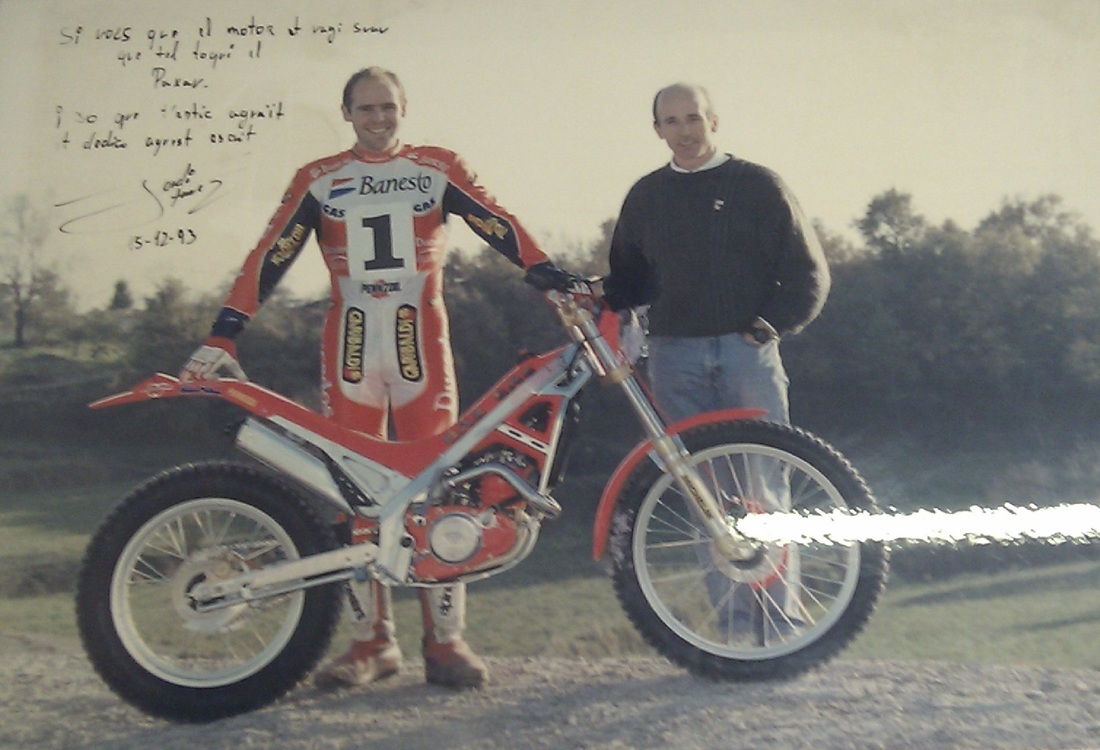 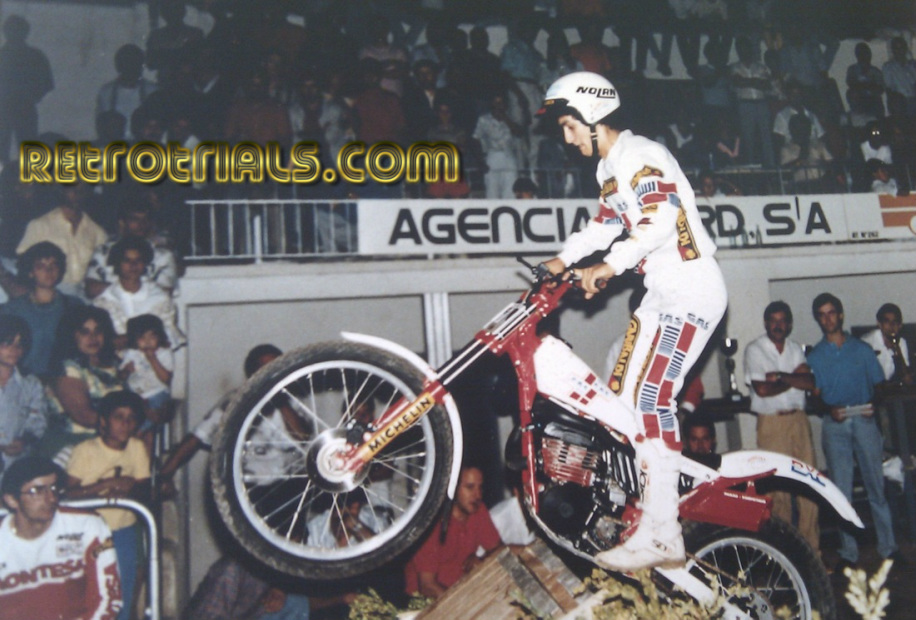 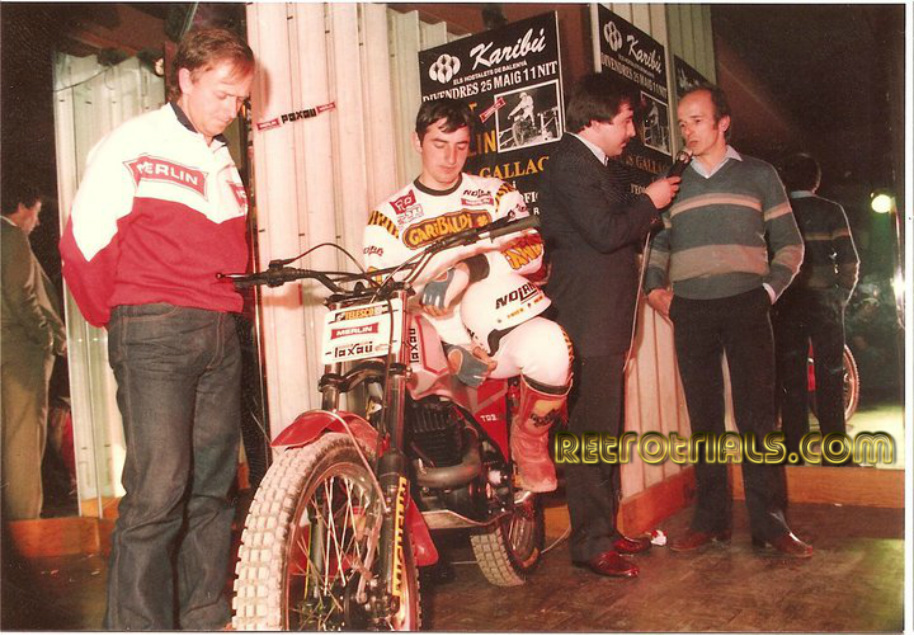 Josep paxau , being interviewed. Lluis Gallach sits on the 1982 DG350 that Paxau designed with Ignacio Bulto standing next to him. 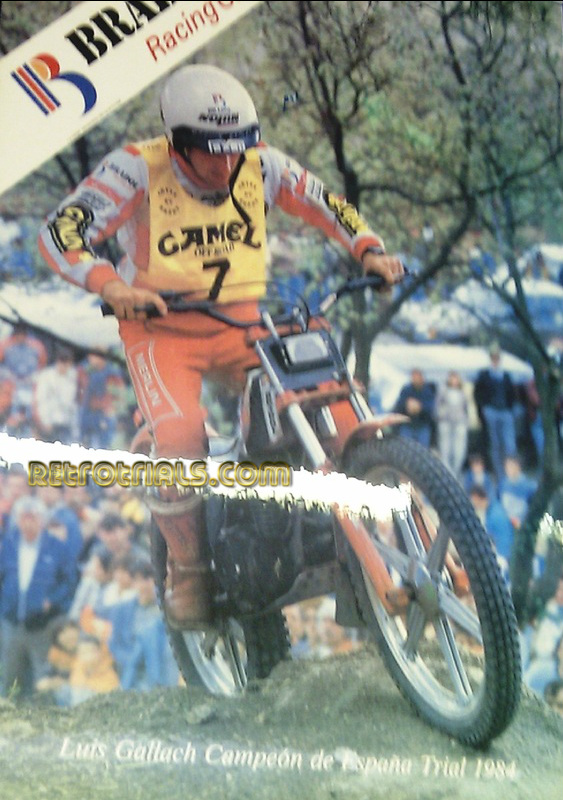 Lluis Gallach on the Merlin 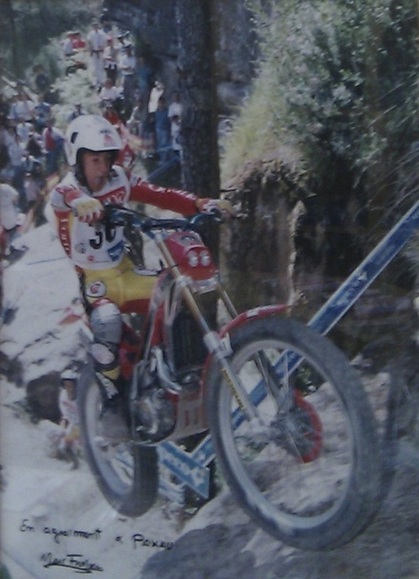 Marc Freixas on the GasGas
Walking past the first of the new Bultaco brand , followed by the modern Sherco's you then start to realise his contribution to Trials design. Next we walk past Paxau's custom creation , the Paxau monoshock.
Merlin's trials motorcycles were all designed by Paxau.
The Paxau monoshock bike is a one off prototype and was thought to have been made for Merlin in 1985. This prototype has heavy influences from the 1982 and 1985 twinshock bikes. I wouldn't expect anything less, given the fact that Paxau developed them all.
This monoshock prototype never made it into production and im left here wondering why Merlin didnt take it up?. Perhaps Paxau didnt make it for Merlin and he was thinking about going it alone, or perhaps its was just a project?.
Please now go to page 3
page 3 paxau