Did you enjoy doing that?

It was an event all by itself yeah , I enjoyed it. In 1981 there were indoor trials but there was never an indoor trials outside . I think that was the first . It was a clever idea for the TV and entertainment. I did this a few times and won it two times I think. It was always fun.

What was your favourite riding gear that you use to wear?

The best partner that I used to have was probably Alpinestars.
Have you still got you Clice stars and stripes gear that you wore when riding Bultaco?


Yes.
This photo was commissioned by Estanis Soler , the owner of Clice . Its a promotional poster featuring all of Clice's riders. This photo was taken in the  El Corte Inglés in Barcelona. This is the Spanish equivalent of London's Harrods . 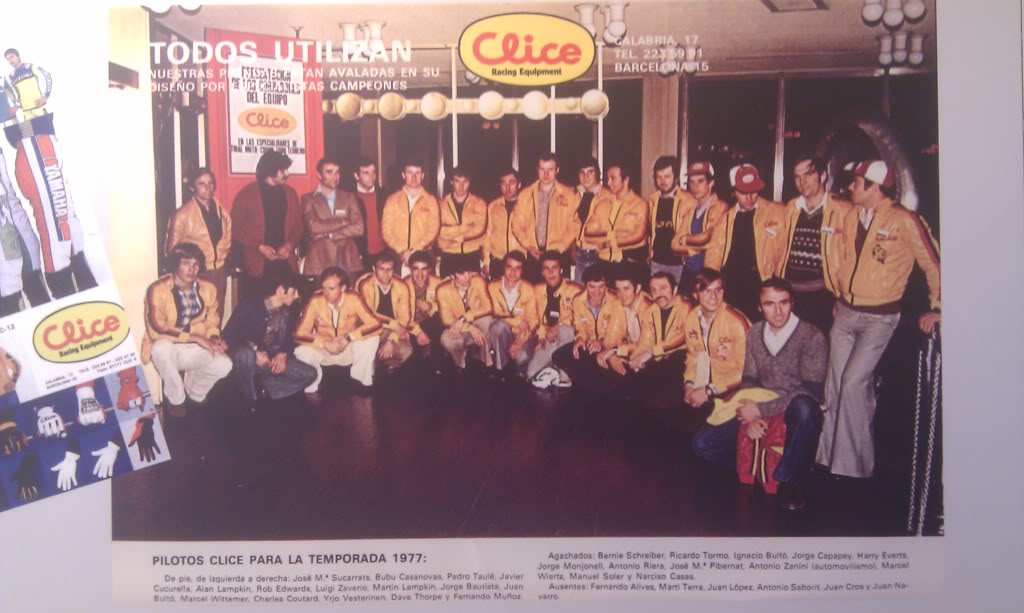 2014 Bernie Schreiber Interview photo clice
What do you put your success in trials down to Bernie?

That comes down to several things. I've thought about this a lot. First, you have to be like an entrepreneur. If someone is not open to new ideas then that's not going to help them. They have to want to grow and learn. If you're not an entrepreneur it's very difficult to succeed. That's number one.