Estanis explained to us that he worked as the head for the Bultaco competition department for 20 years. He left Bultaco 1 year before the companies collapse.

I asked Estanis why he left the firm.

I did not want to go down with he company. I could see the problems. When I approached Mr Bulto and told him of his resignation Francisco said to me  Bultaco was it was not the time for him to leave . He told me that lso said that it was not just his ship , it was my ship as well. I wanted to go home but i knew i wouldnt have any money. At first Mr Bulto was not friendly to me. 10 years after he say to me good things and i go many many times to San Antonio and speak with Mr Bulto. The last moment was a terrible moment in Bultaco. Mr Bulto , Mr Permanyer (Montesa) and Mr Giro (Ossa) were very right winged politically and they were all very friendly with Franco politically . These men were protected by the Spanish politics . As soon as Franco was gone , the politics and the people no like these industrialists and at this time they all finish.

I asked Estanish whether he was the competition manager for Trial, Motocross or Enduro.

He replied "All". "In the last years Derbi finished and Angel Nieto had no bike and the Spanish Federation asked us if we would provide a bike for Nieto. Bultaco said yes. I did not deal with this engine , but everything else yes.

No it was just after  left .

What was the maximum production of motorcycles ever in one month at Bultaco?

Did Bultaco have huge funds and cash reserves to draw upon to feed the workers and production line or did they go to banks like most business in the World?

Banks banks. All the time Bultaco have economic problems. All the time. Mr Bulto live the races and the trial with Vesterinan and Lampkin. He love making the prototype and the Sammy bike , but the production, phew . He forget about production and loved the competition.

In day to day production what was the biggest challenge that Bultaco faced?.

Its very very difficult to give one reason. A lot of reasons. A little with the  Americans big problem, a little with the workers , big problem. A little with the money , big problems . The market , the political problems. All of the problems came together to create the final explosion.
﻿I have seen many photos of the Bultaco factory .Today the world is health and safety crazy. Back in the 70's things were different . Was the Bultaco a good and safe place to work for the workers ? Its is a strange question , but im always interested to know what the Bultaco factory was like to work in from someone who was there , not from the rose tinted impressions written afterwards. Was it wonderful ?

It was not good to work there. Tt was very bad. Very bad conditions. The workers were very involved with the marque , but the factory was bad. If Bultaco wins on Sunday everyone was happy for the company  but the conditions were not good.

What do you mean?

It was better at Montesa. At Bultaco it was not good but people love the brand. More was hand made at Bultaco , they had no systems.

Were the workers targeted to produce?﻿
No pressure. My English is terrible but i will try and explain. In the last times of the company the American market was getting bad and Mr Bulto arranged for all of the American dealers to come to the factory. They transported the dealers and paid for the flights and everything. Mr Bulto think that if the dealers arrive and see the bikes and the factory , it is possible that they will buy more bikes and make business good again. They arrive with the flags at the factory for the Americans and they have a nice dinner.They go to the factory and say "This is Bultaco ?". "No more bikes , finish . This is not possible. This is not a factory , this is nothing". This is the clearest example. It was not a factory , it was a workshop ,a big workshop and the American people say "Where is the factory?". We tell them "The factory is here". They say "This is not possible , go. Lets go home." They were good and just different times. More simple that's all.

It was different for you because you were not a worker. You were the boss . You had an office and things were better for you. Did you enjoy working at Bultaco ?. All Bultaco workers has passion.

Yes , yes , its my passion. At one race in a place far from here San Sebastian there was a problem with one gearbox. It was necessary that we have one different pinion for the bike. All night with the car we drive to get this part . No problem. The six days even in Sweden starts tomorrow and we drive there all the workers from the department. We were not workers , we were passionate. 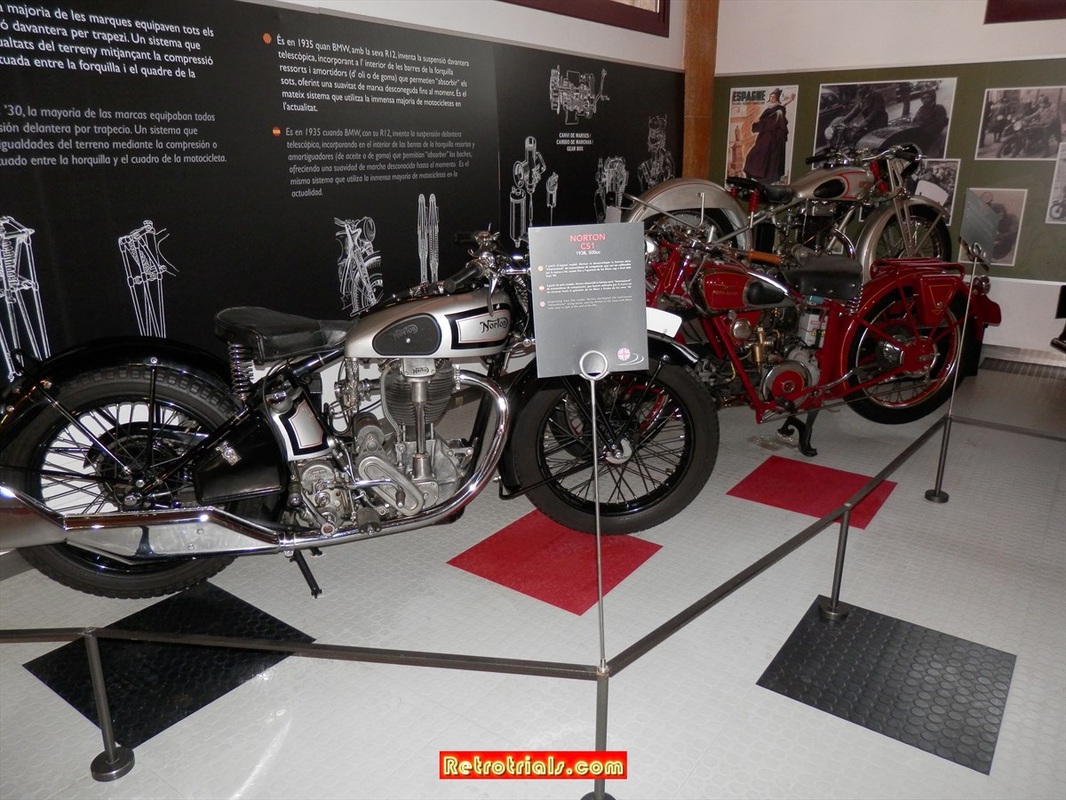 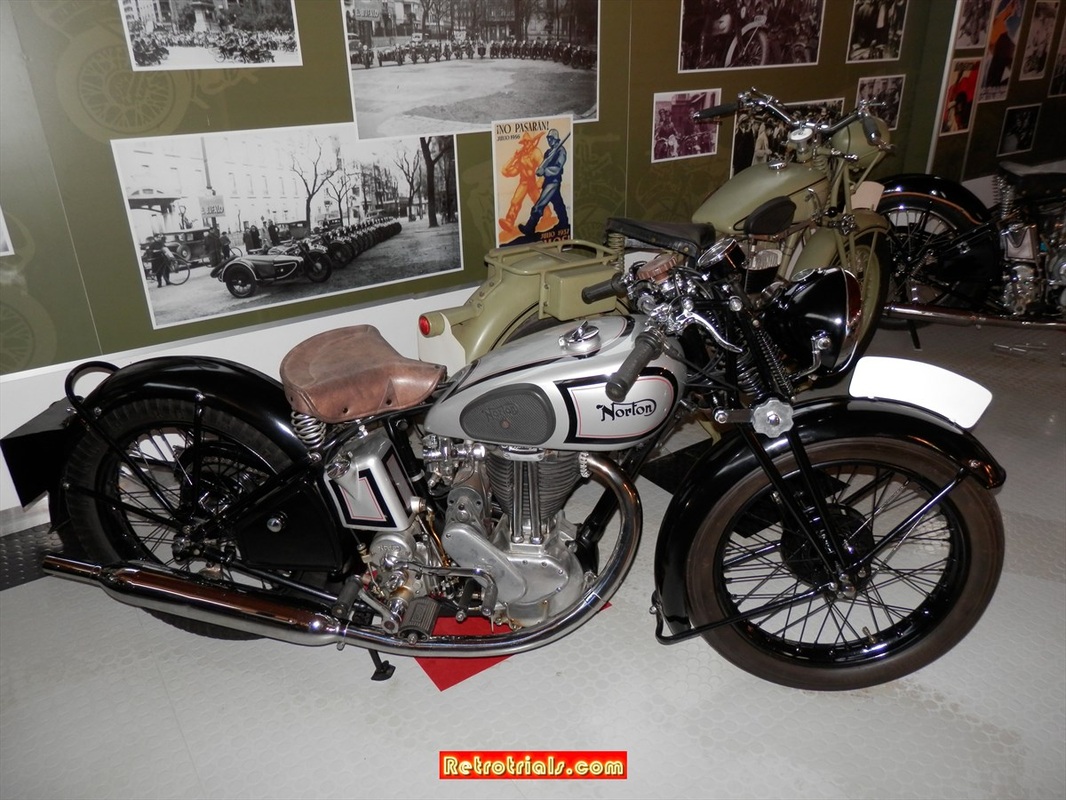 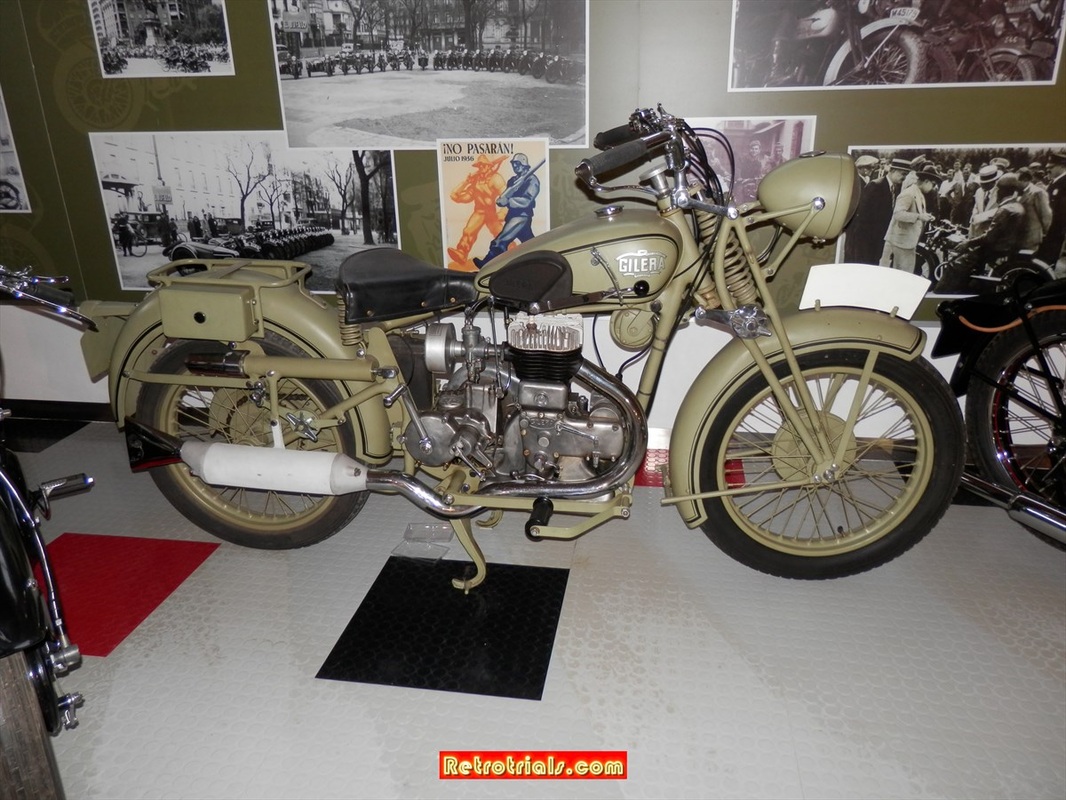 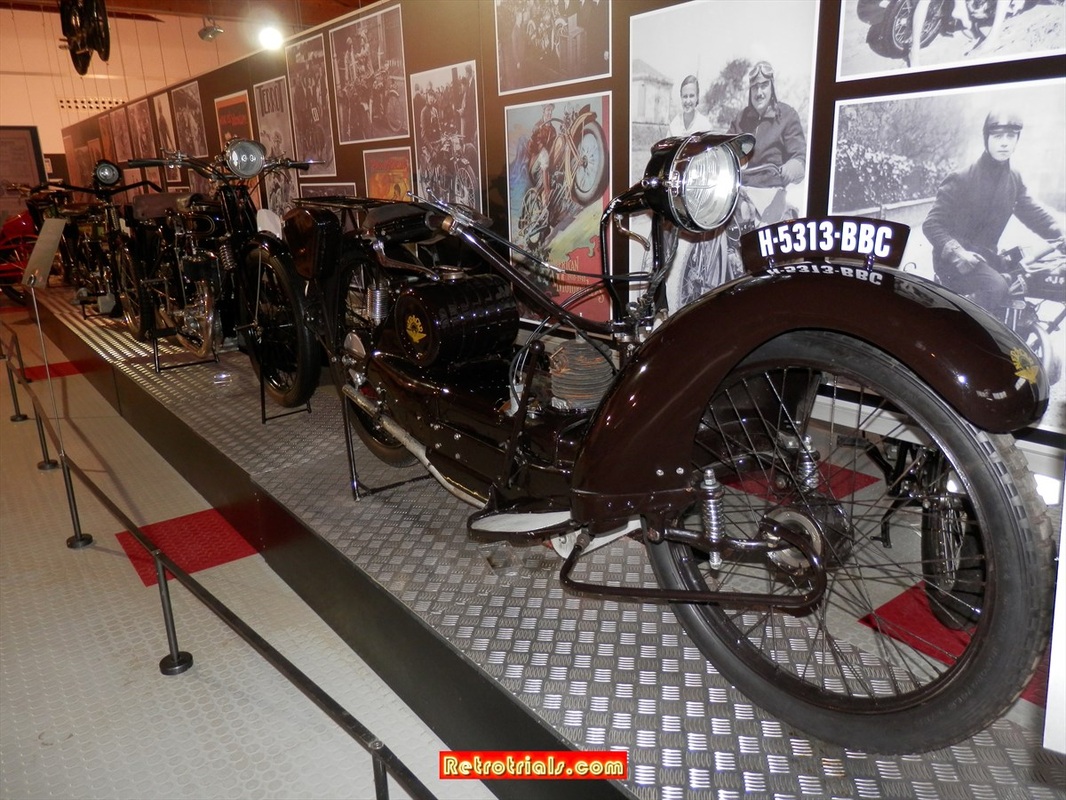 2014 Bassella Museum Tour www.retrotrials.com
﻿For me , this Indian just stole the show. Being red  , gives it a head start﻿ 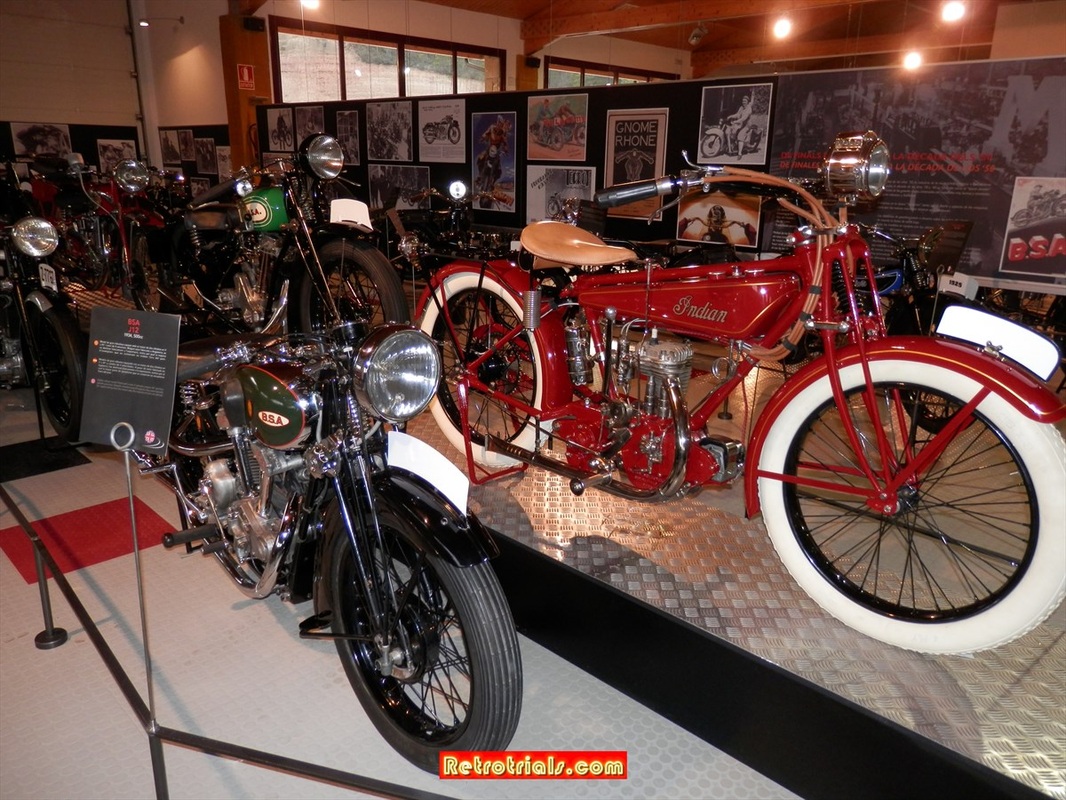 2014 Bassella Museum Tour www.retrotrials.com
﻿Some special bike , including a Bultaco car. From here you can look down into Mario Soler's reproduced workshop.﻿ 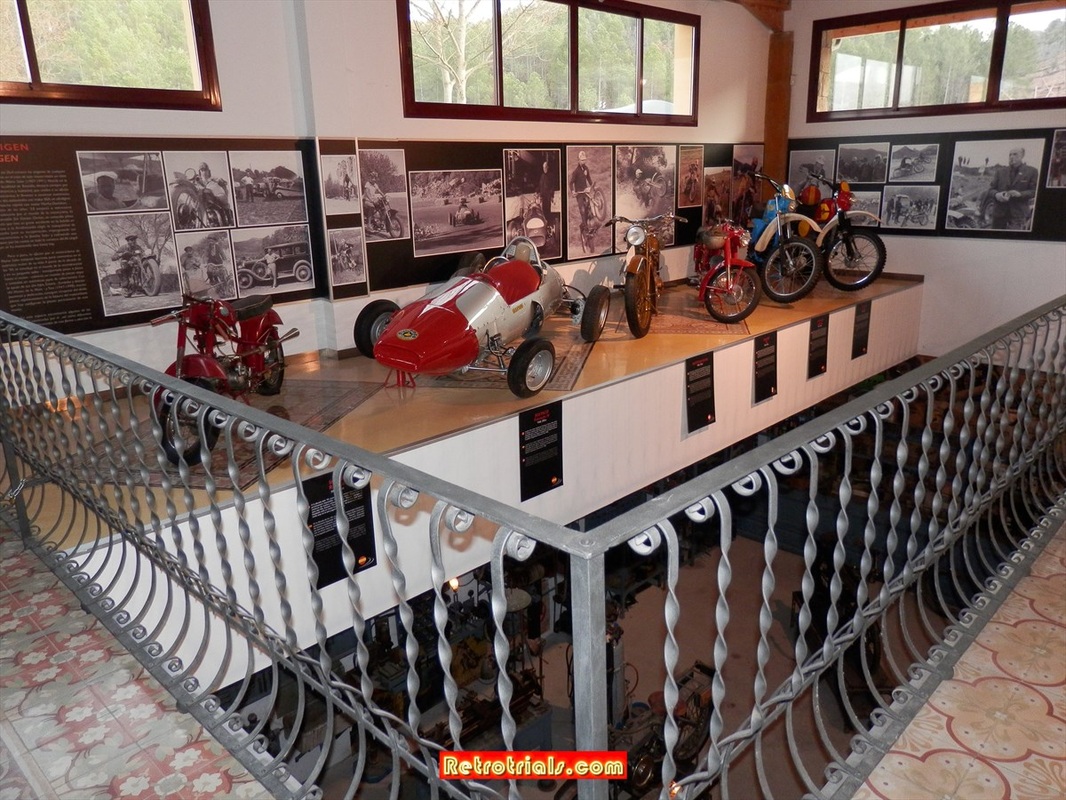 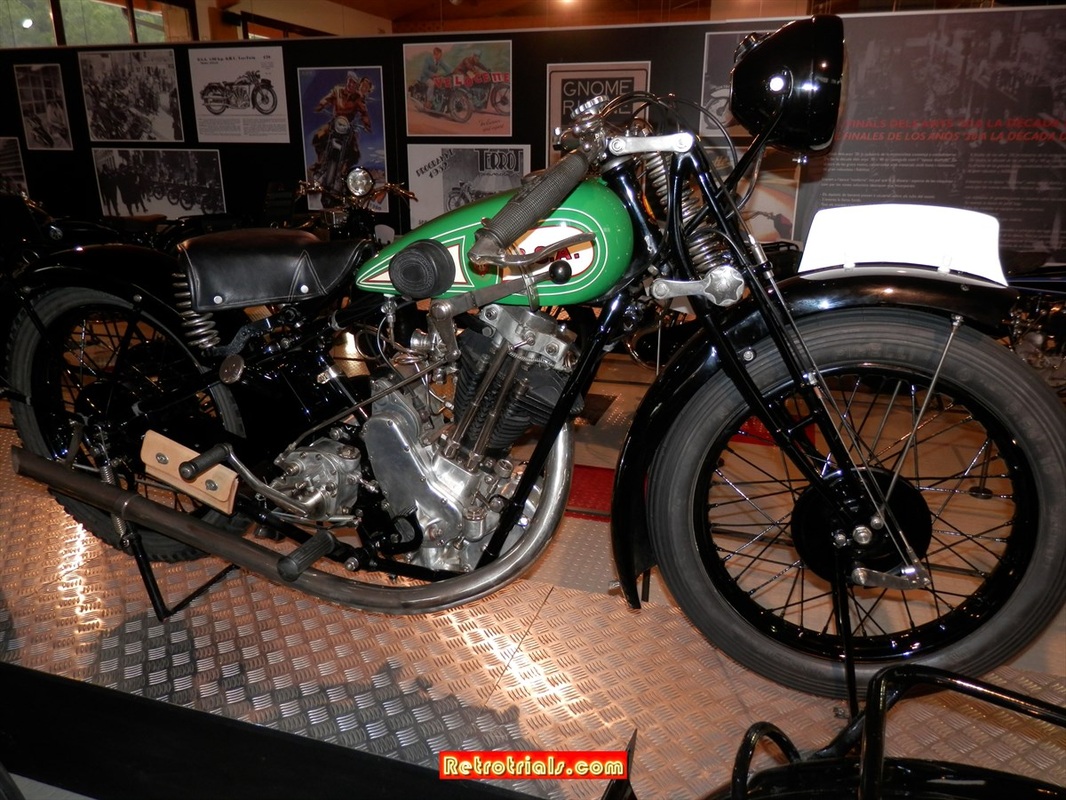 2014 Bassella Museum Tour www.retrotrials.com
I said the Indian was my favourite , but just look at the Automoto.  There is just incredible work everywhere you look on this bike 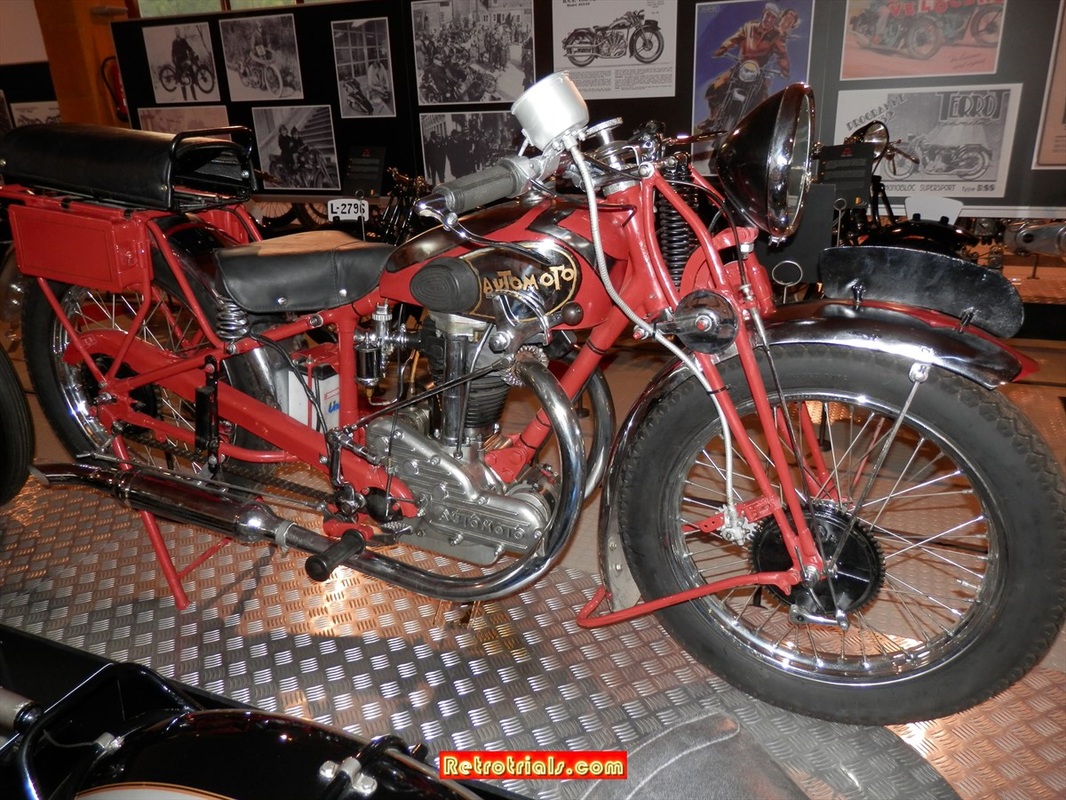 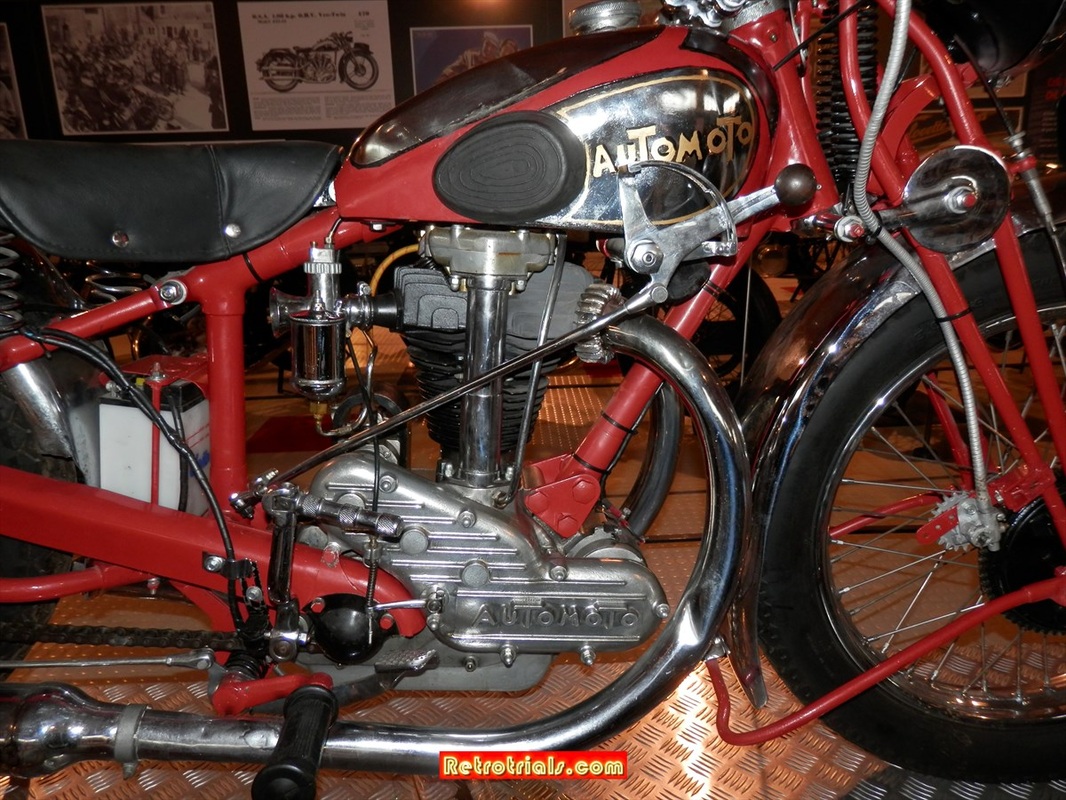 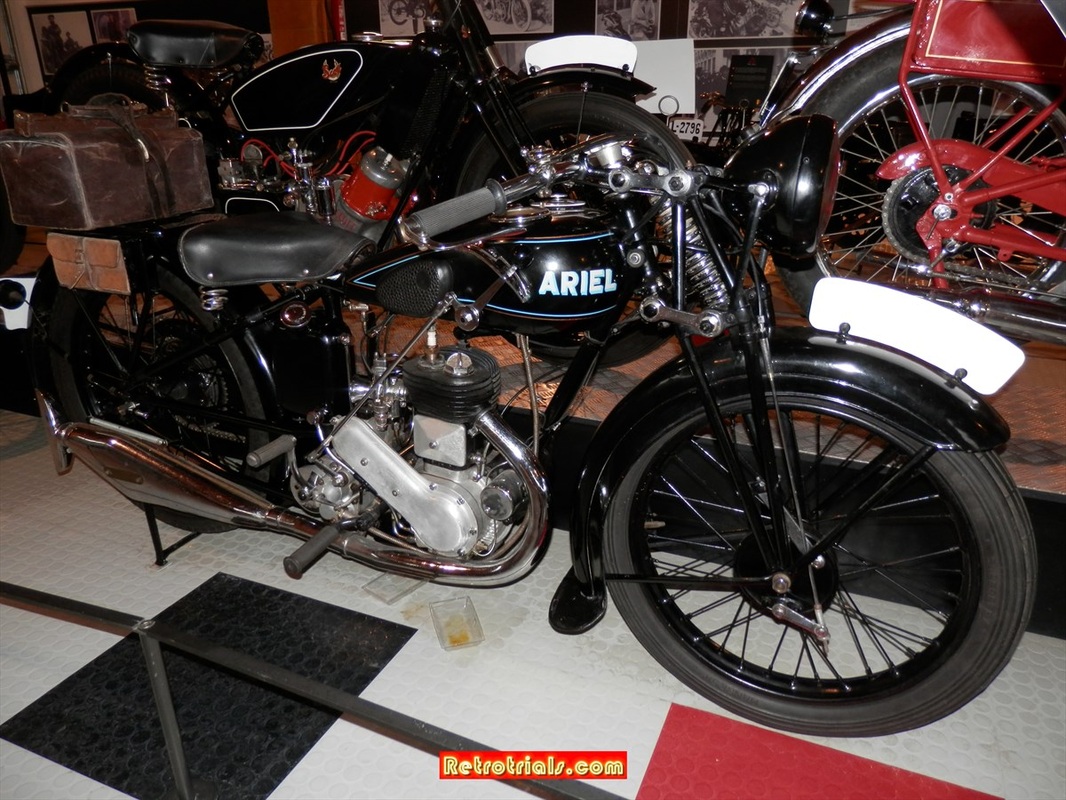