After entering the door from outside and passing the two photos we turned left into these rooms. Years ago the building was converted to house many of the 80 children in bunk rooms who would come to San Antonio and enjoy the Summer camp there. The building is well equipped with showers and washing facilities as well as many many bunk beds. There needs to be with 80 children :)

Ignacio shows us the door in the wall that leads outside. It was through this door that the grapes were poured into the room. At that time there were big open holes in the floor allowing the grapes to drop down to a lower room.

Ignacio and Josep tells me that Gabriel Giro, father of Montesa boss Oscar Giro used to come here to buy grapes for his vineyard many years ago. Later you should go and see the home and vineyard of Oscar Giro. The link will be at the end of this report.
It was nice to escape the heat from outside.
Then we go down. At this point I'm thinking, this is a bit strange. What is this ? 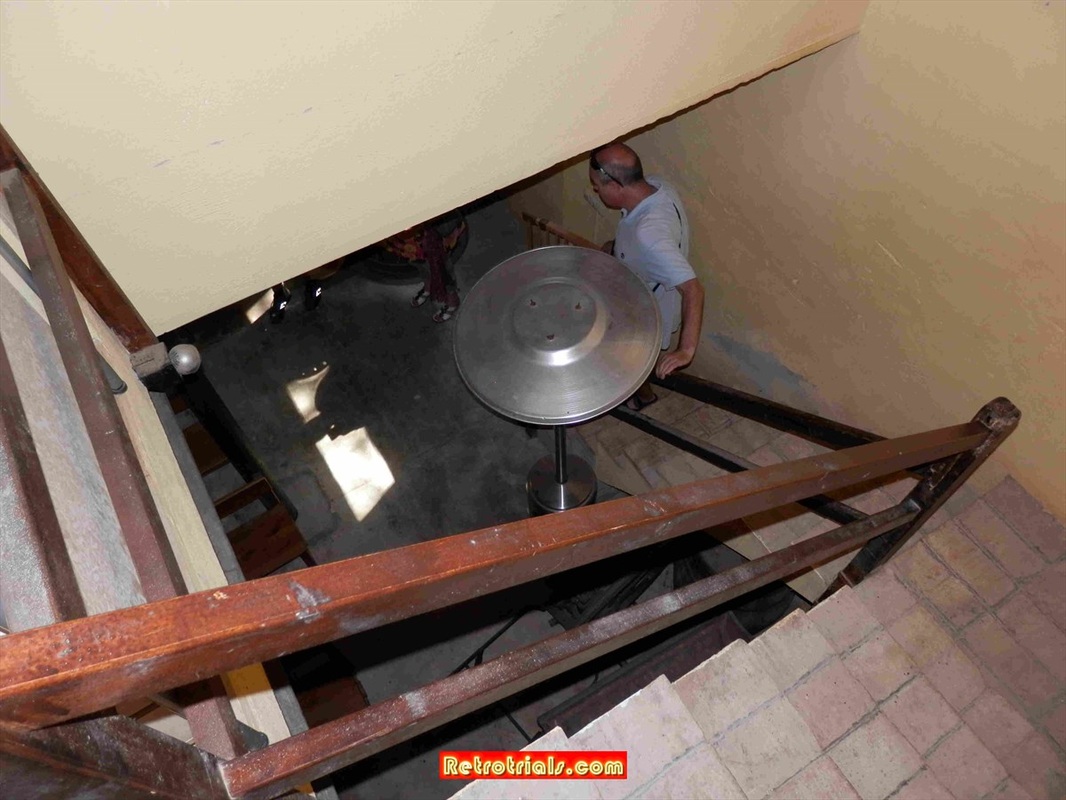 Bultaco - Masia de San Antonio tour WWW.RETROTRIALS.COM
It was on old wine production room but now it is a classroom for the Camp Bultaco. Down here there are a number of grape press's. Ignacio shows us the ornate cast iron taps in the wall to allow the juice to be drained off from the huge grape storage vaults that are behind the wall. 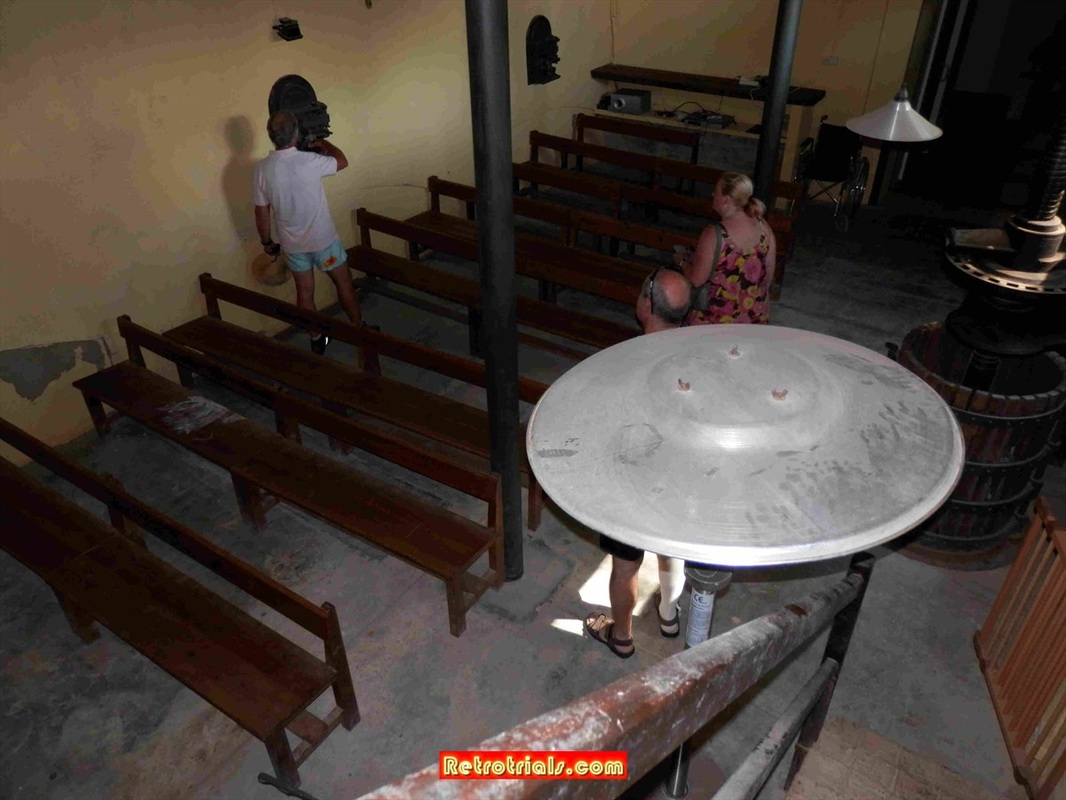 Bultaco - Masia de San Antonio tour WWW.RETROTRIALS.COM
Nowadays there is a projector and a screen, so that the children can be taught well. On the left hand side you can see a large picture of Paco Bulto, the man who was the inspiration. There are some photos on the cabinet, we are coming to them. 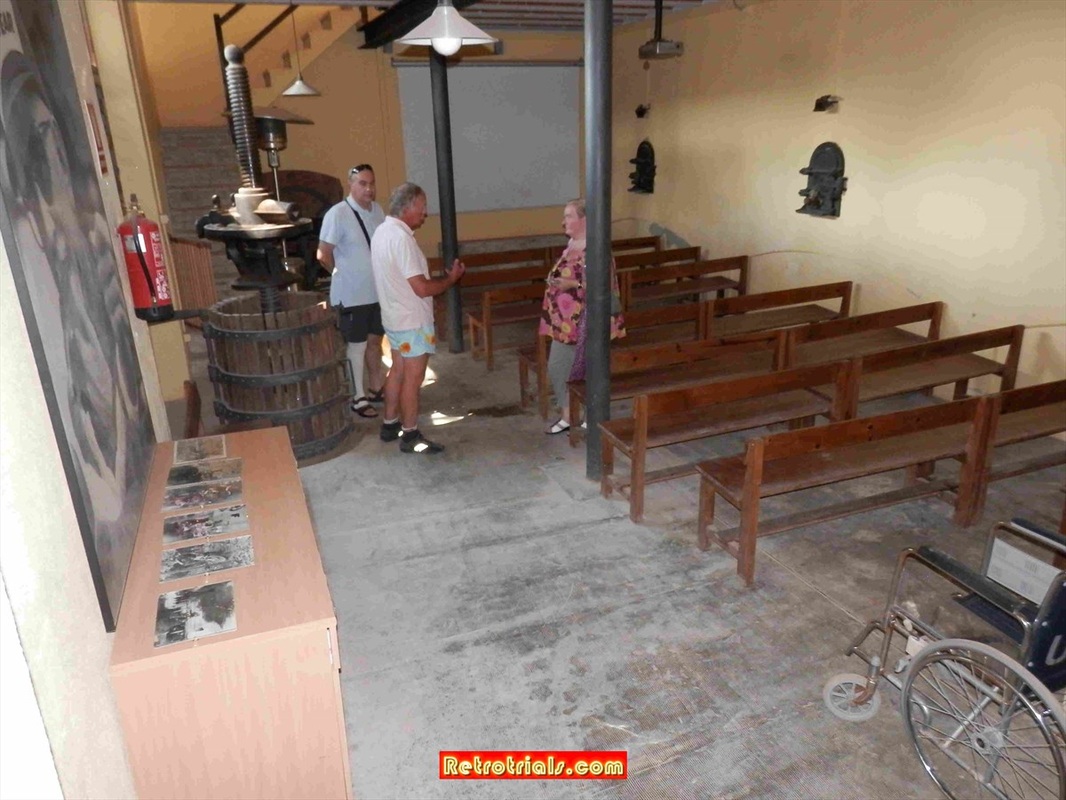 Bultaco - Masia de San Antonio tour WWW.RETROTRIALS.COM
Francis Xavier Marquis and Bultó
Francis Xavier Bultó, aka Paco Bultó was born in Barcelona on May the 17th in 1912. He was a Catalan entrepreneur and joint founder of the motorcycle and utilities company Montesa along with Pere Permanyer.

Paco was born into a high bourgeoisie family, who amongst other activities were dedicated to textiles, engineering and railways. Paco was a distinguished engineer and also a designer of motorcycles, but his business interests included other sectors such as textiles, chemicals, pharmaceuticals and heavy machinery. Paco became the largest employer in Catalonia. 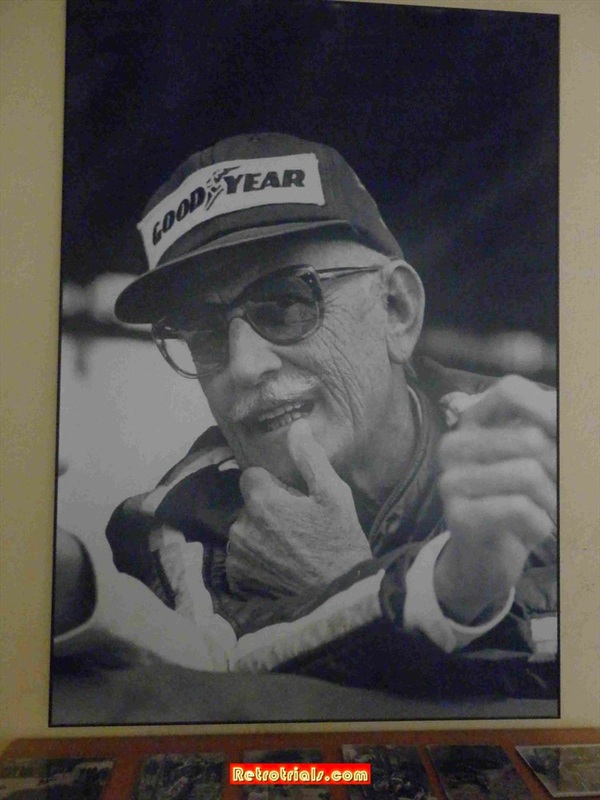