Now that you have had a good look around Mick's workshops we are inside his cottage where it is nice and warm. 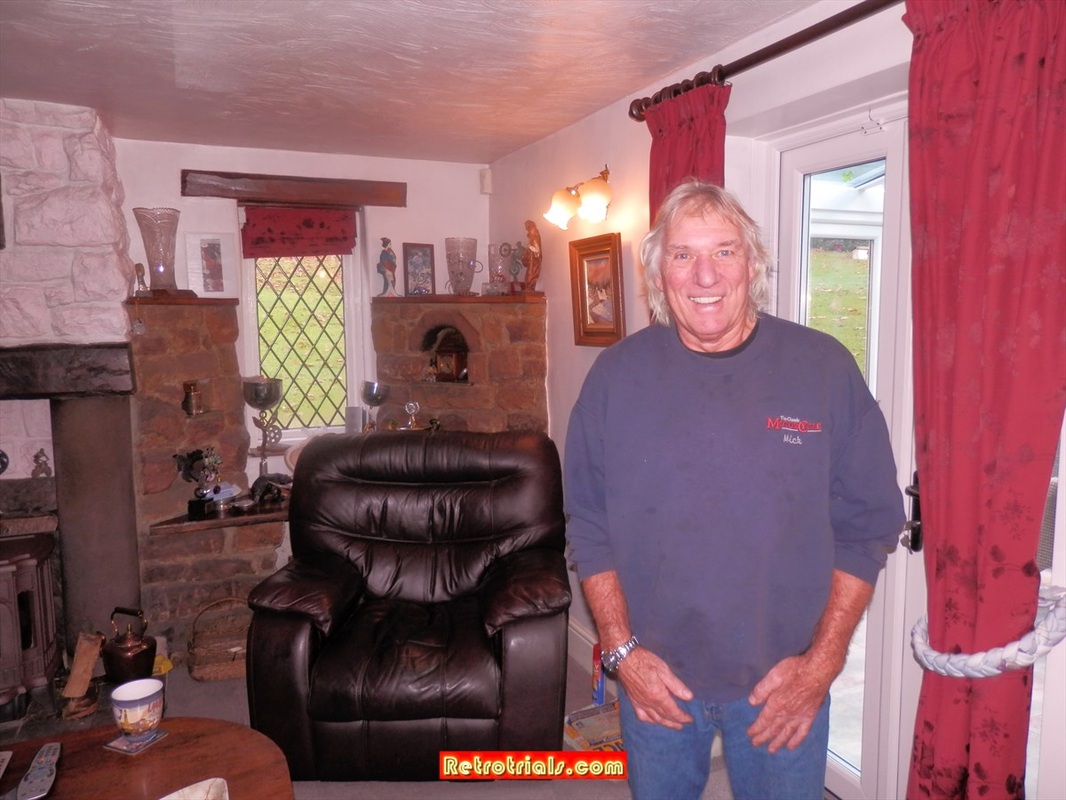 Mick Andrews interview WWW.RETROTRIALS.COM
Armed with a hot cup of tea and a few biscuits, Mick made himself comfortable in his big leather chair. It was time to start the interview.
This interview is not designed to replicate or update the 223 pages of the Mick Andrews book of trials.

This interview is about Mick's life as he remembers it now. The questions have been prepared with help.
The text you will read is exactly as Mick told me. I explained that the dicta phone is recording. The text you will read is as if you are sitting next to Mick yourself, asking him these questions. It is correct word for word. I could have doctored all of the text so it reads perfect English all of the time, but that wouldn't be Mick. With this interview, you'll read the facts and hopefully pick up his way of talking, his style and get to know more of the person than if I'd altered it all. So sit back and read it all. You won't enjoy it fully unless you read it all and you won't get to know Mick. If you take your time with it, you will.

At the end of the interview Mick will then take you around his place. This will be a good way of showing you the rest of the photos I've taken. 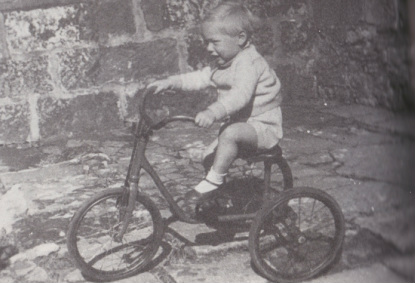 Mick Andrews interview WWW.RETROTRIALS.COM
Where were you born Mick?

Apparently, I was born at Buxton, Derbyshire, the first part of my life until oh I suppose till we got married and then I think it was oh when I be 22ish we moved from Elton village which is about 25 mins from here.

What did your Mum and Dad do?

Me Dad was a quarry manager at Derbyshire Silica Vibrant Company, he was quarry manager and I think transport as well. Me Mother, she was in the land army like me Dad in the Second World War, he was a tank commander and then she was a dress maker.

One brother, he's got a bed and breakfast down in Matlock, before he was a headmaster at a school.

You have always lived in this area then?

Yes, yes (he chuckles) apart from when we had to move out, we lived in Spain when I was developing the Ossa motorbike, when they first started and then after that we lived in Japan a time and America, cos with the Ossa days, from 1968, every year we had to go to the states doing whatever we did, trials and promoting the bike, with Yamaha also, so we lived out there quite often, then we lived for 4 years in Amsterdam, with Yamaha Motor Co in Amsterdam. So we moved around and when we came back we bought this house.

And what year would that of been?
How far did you have to go, just a couple of miles?

No, about 4 miles on the road.

And did you bother with a helmet back then?

Were you pleased to get out of school or did you enjoy it when you were there?

No, I enjoyed school, in those days you had prefects and my 2 mates and myself we was prefects, so we were like little bosses. So no it was ok, we enjoyed that. I liked the sports days and everything.

And what did you do when you actually left school at 16?

Because I was dead interested in the motorbikes and I could ride the motorbikes, I wanted to be a mechanic, so I went to be an apprentice at Kennings Motor Company, so then I could go to college and do me engineering thing and so that’s what I did. I went through with Kennings from 16 till....oh I can’t remember when I left, maybe 19-20, I never sat for any exams, to pass the exams, for the simple reason I started riding for AJS when I was 16 as a factory rider and I had to ride the Scottish Six Days each year and that was the week for the exams from the college (Mick chuckles), so I said to me Dad, no I’m not going to take exams, I know what I know, so I don’t need a bit of paper.

And how did you Dad feel about that?

Oh he was not happy, he said no you need this, I said I know what I know so I am happy.

So you were able to get your own way with your dad....obviously?

Yes, because I could ride a motorbike. He was a big chap, so he was in the Irish Guards you see, as well, so he was about 6"3. He was ok.

Was the James your first motorcycle ever?

Yes, when I was 14 we had a little bike that I had put together and that was a little James, because I think me Dad he was mad on road racing so he used to take me when we was younger, he used to take us to the Isle of Man each year to watch the TT. And that was good, I enjoyed doing all that and then one day he took me to a trial, near Buxton and I saw Geoff Duke and Sammy Miller riding a trial and I said Dad this is what I want to do. I love this. And when I rode me Dads Vincent that he had, I could turn it round in the road and he couldn’t, hee hee.
And how old were you then?

Then I would have been 12-13. Then at 14, we had the trials bike that we put together. We didn’t ride that in competition we just rode that in the fields at home and then he bought me a little trials bike with a friend, cos his friend who worked at the motorcycle shop at Clay Cross, he was an East Midland Centre Champion I think and he took me to a championship trial down at Matlock. Alex Broadditch was his name.There was one section that no one could clean and I hadn’t been on a trials bike as such and he said do you want a go on me bike, I said yeah and he gave me a go on this bike and I could clean the section that nobody else could in the trial and I’d never been on a trials bike before. He said to me Dad, we have got to get him a bike, so they both put £12 quid in the pot, kitty and they bought me a bike for £25 quid.

Well as soon as I got on the bike I could ride it, even me Dads rode bike, I think it was just how it was.

Yes, I had no problems at all.

Who were your childhood idols on a motorcycle?

Did your father ever ride trials himself?

My father, no, just road bikes.

Your parents were quite happy, they supported you to go into trials?

Did you start doing trials before you got into the Motocross and Enduro?

Yeah, when I had the AJS, it was quite funny really, cos after the James my father sold one of his road bikes, I forget which one, I think it may have been a Velocett and he bought me a 350 Matchless trials bike, from the shop where this other guy worked and just a couple of weeks after that, or 3 or 4 weeks after, me Dad said go and look in the garage when I had come back from work and there was this beautiful AJS stood there and factory AJS, Hugh Viney, who was the competitions manager at that particular time, you remember Ralph Venables
Yes

MA -  good friends of ours

MA -  Jill was a big friend of his

RT -  He lived down my way you see, near where I live. He had a beautiful thatched cottage in Treyford, which he sold to Bob Gollner. That was where the first Gollner Honda's were put together, until I hear his wife got annoyed and kicked it all out. Its a nice story anyway. 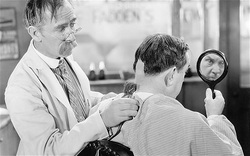 Mick Andrews interview WWW.RETROTRIALS.COM
MA - one day we had a thing through, a letter from Ralph, and he said Jill, I wish you’d cut your hair back to how you used to have it and little things like go get a haircut, he says to me as well - you’re never going to ride the Greybeards with long hair.

So, I rang Ralph up, Ralph it’s alright I can enter, I’ve had me haircut, so I got an entry and I tucked all my hair up under me hat, so when I set off, I said oh I’m ever so sorry Ralph, I forgot.