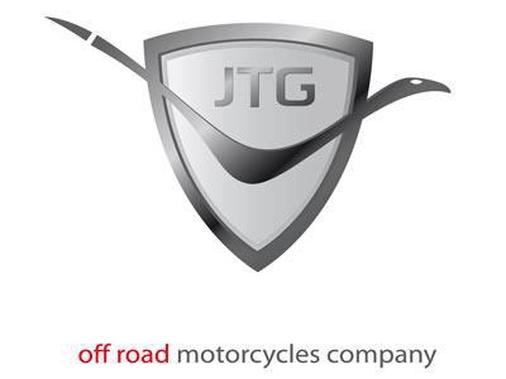 I thought you might be interested in a tour of the Jotagas factory in Alcaniz, Spain - enjoy

The new Trials motorcycle business is a fairly small but Worldwide industry, with plenty of players all competing for your buying decision.
All of the motorcycles are excellent and will win your heart in one area or another. For most people it is always tough making a decision on which to buy. Never the less, the big 3 dominate the market. The consequence as far as I can see it is that individualism is a little hard to find at trials. Apart from applying decals kits and anodized levers, and rim stickers etc..... queing for a section can feel like sitting in a car park at a Ford area sales meeting.
Its from this view ....and others , that I hailed and welcomed the news about the arrival of the Jotagas company in February 2011. Here is a new manufacturer of Trials motorcycles who have openly said that they will only be producing small, limited amounts of bikes each year. It is all about the quality and not the quantity.
The design of the motorcycle was released and it looked great. It looked tiny and really at the top of its game. The alloy frame looked really special and again tiny. The tig welds in the aluminium look beautiful. When I watched the videos, the engine which is brand new, sounded great and was nice and smooth. The swinging arm was incredible, with open voids through to the tyre. The new shock mounting made the bike stand out from the rest. It was something that looked competitive and really trick.

What was the icing on the cake for me, was the anouncement that Jordi Tarres was to be the Jotagas competition manager. He had designed the motorcycle. Jordi, 7 times World trials champion is a legendary figure on the world of Trials. There could be no-one better than him to design a bike. With his level of expertise, accuracy and attention to detail the finished product is bound to be excellent. Jordi has spent all of his life in Trials competition. From 1985 to 1996 as a rider he was directly feeding back information to the factories to improve his bike. These improvements fed onto the following years production line. He is openly impatient and want results now. Bikes are his passion. After retiring from competition he was the competition manager for GasGas. He has the highest qualifications.

I thought initially that Jordi might have just been a consultant to the factory, you know the face on the packaging (so to speak)that people would recognise.
How wrong  I was. Let me make this clear. This is Jordi's bike, his baby. Jordi has been working on the Jotagas project full time for over two years and has designed this bike himself, along with former GasGas worker Paco Roldain. I have seen the steel framed prototype chassis for the Jotagas at Jordi's house. I have seen the engine cylinders, neatly dissected in half. I have seen the many different exhaust pipes for the Jotagas, all created searching for the correct power delivery. I have seen Jordi's private and very secret workshop (where he told me "No photo"). It was to late Jordi, the camera had snapped. I took one photo, but it is for my eyes only. It is in this workshop, where he created and finished the first correct Jotagas. He then took this machine to the director and owner of Jotagas, Jordi Robinat and said, the bike is ready.


It was at this point that the dream of the Barcelona property businessman Jordi Robinat became a reality. Jordi started Jotagas with Vice President Javier Castany who is a professor at the University of Zaragoza mechanical engineering department. Using the skills of Javier Castany and his department at the University, a 3D image was created of each component. This would then allow the manufacturing to begin. Jordi Robinet had located the factory within the brand new futuristic Motorland park in the region of Aragon, Spain. Here is a huge motorcycle road race circuit where in 2012 they held a round of the World Superbike Championships. There are also other circuits for go karts, motocross tracks and other facilities to appeal to petrol heads. Every business here must be connected with Motorsport. 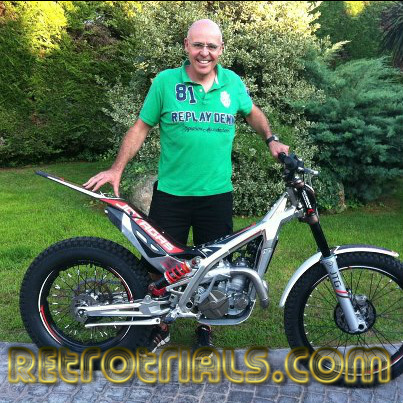 Jordi proudly displaying the fruits of his labour 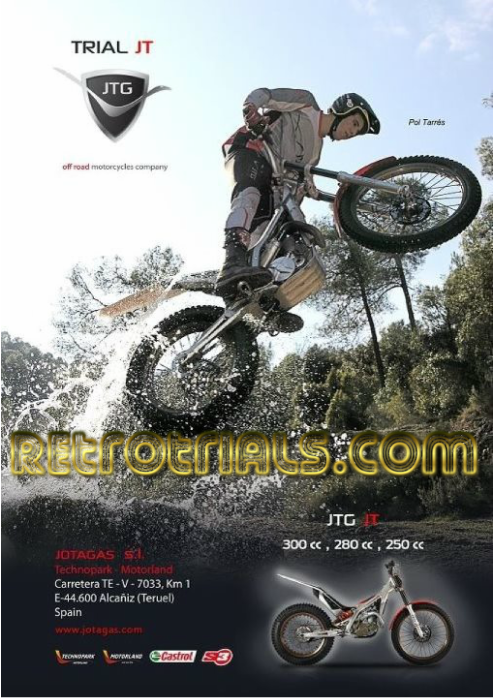 Anyway, I digress ..... I was clearly smitten by the Jotagas, but with a motorcycle collection already out of control I felt the need for some restraint, and so I did nothing. In 2012 I had made arrangements to meet with Juan Freixas, the ex Merlin works riders, who was now the Jotagas development manager. His new role is to promote Jotagas as a European representative. I had planned to meet Juan and he invited me to the factory. I was also coinciding my trip to Spain with a number of other visits to see the 3 men from Mecatecno, Jordi Tarres and the Andorran Trials World round.
I arrived in Spain and received a call from Mark Arano who is the Worldwide sales manager for Jotagas. He told me that Juan was having to go early to the World Trial in Andorra, but that I was still welcome at the factory. Felix A Casas the General Manager would meet me there and show me around.
So I arrived at around midday. It was 27 degrees and perfect. The Motorland circuit is situated near to Alcaniz. It feels quite remote from anywhere and is very hot and dusty.
The Motorland circuit is clearly very new and immaculate. Its very swish and futuristic. The industrial units were all taken and occupied by carbon shell making racing car companies and race teams.
If you do plan a trip to the circuit, save some time for a dip in the lake, with a small beach. Bike's screaming around the circuit across the lake and Jotagas up on the hill, it was perfect, a proper holiday, even my wife was enjoying herself !!


I will start by showing you the first Jotagas Steel Chassis. Jordi Tarres created the Jotagas himself . Note the familiar front down tubes and the rear side mounted shock brackets. This picture was taken in Jordi's basement. 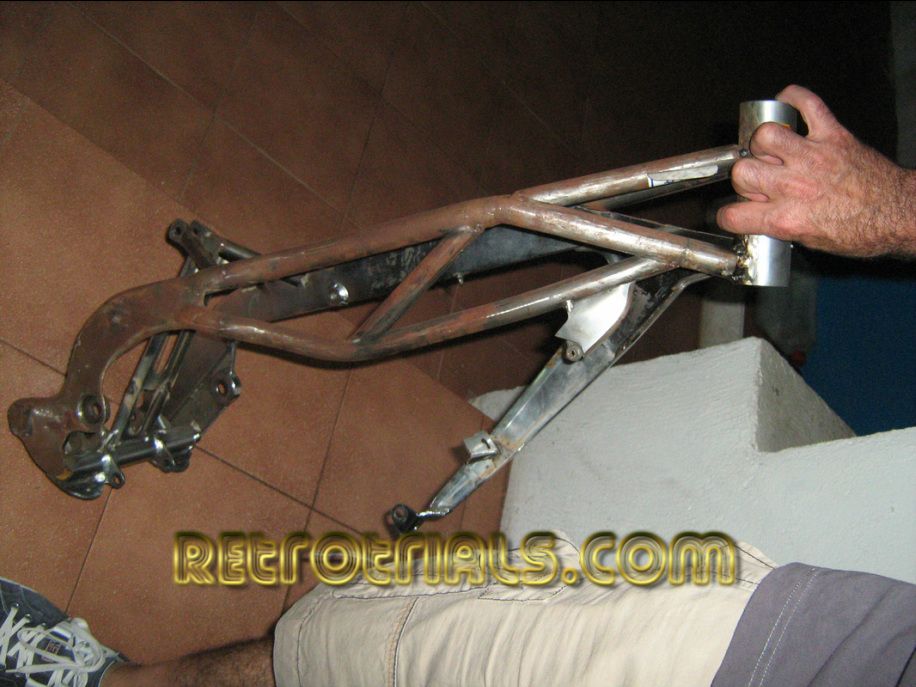 Jordi Tarres showing me the first ever Jotagas Chassis in steel 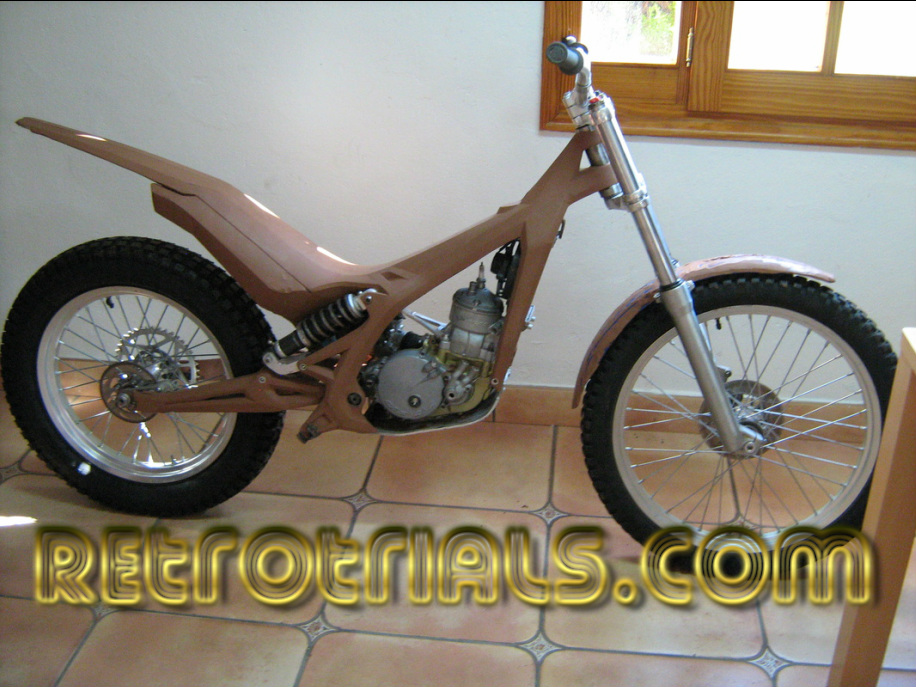 The first complete Jotagas prototype which was scanned and used to created a 3D model on a PC. 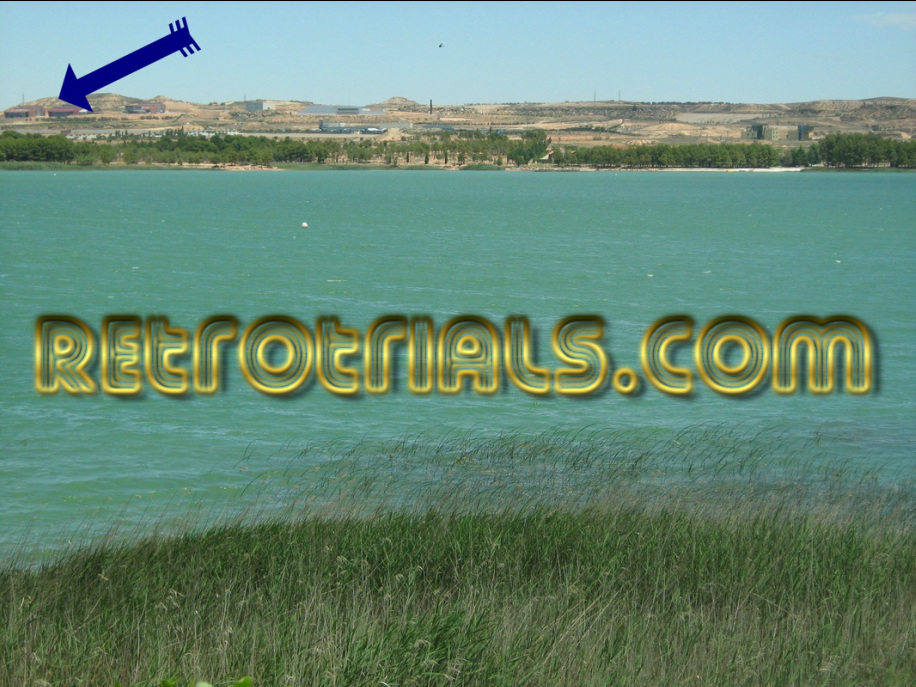 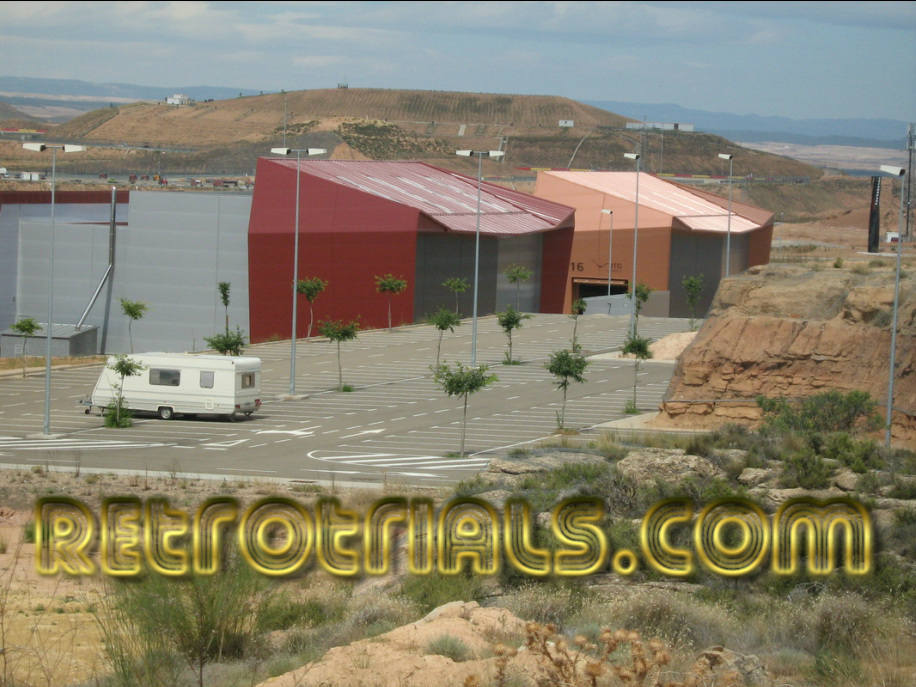 The whole of Motorland is immaculate.In time more units , no doubt will be built. There's no shortage of space. JOTAGAS 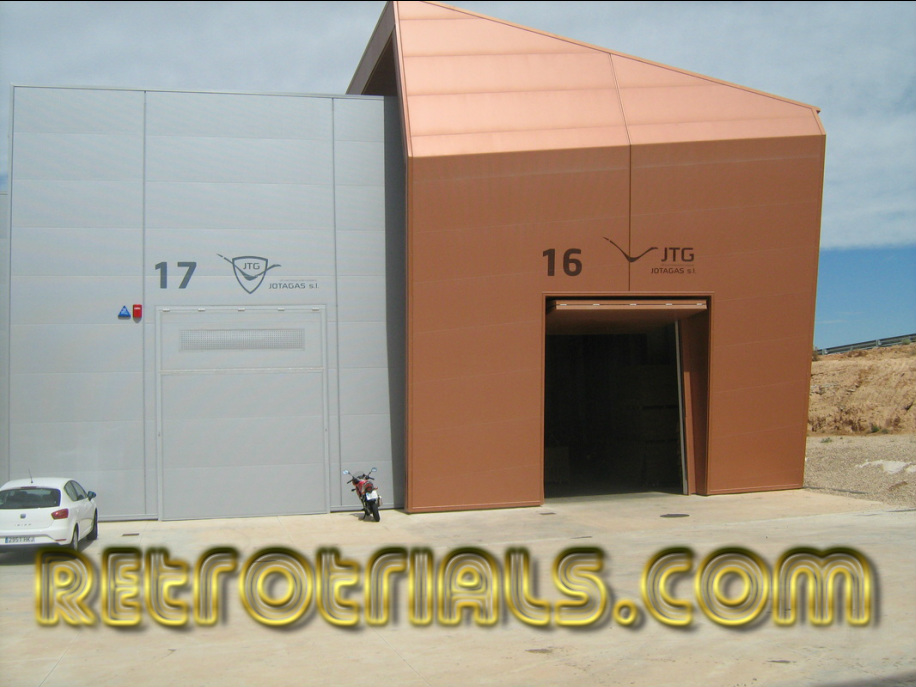 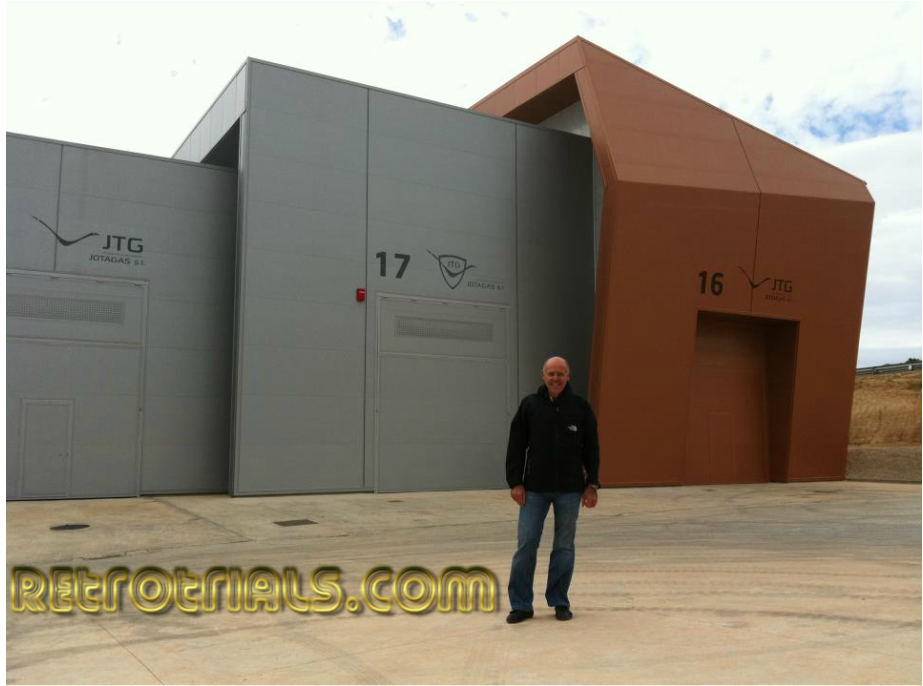 Jordi Tarres outside of the Jotagas factory
It feels quite intimate inside. The brown unit to the left in the photo below are the offices for Jotagas. So the business end, is right in front of you .Units 16, 17 and 18 are all open to one another inside. Unit 16 is deliveries in and out + stores. Unit 17 is stores and engine assembly. Unit 18 is fabrication and assembly. 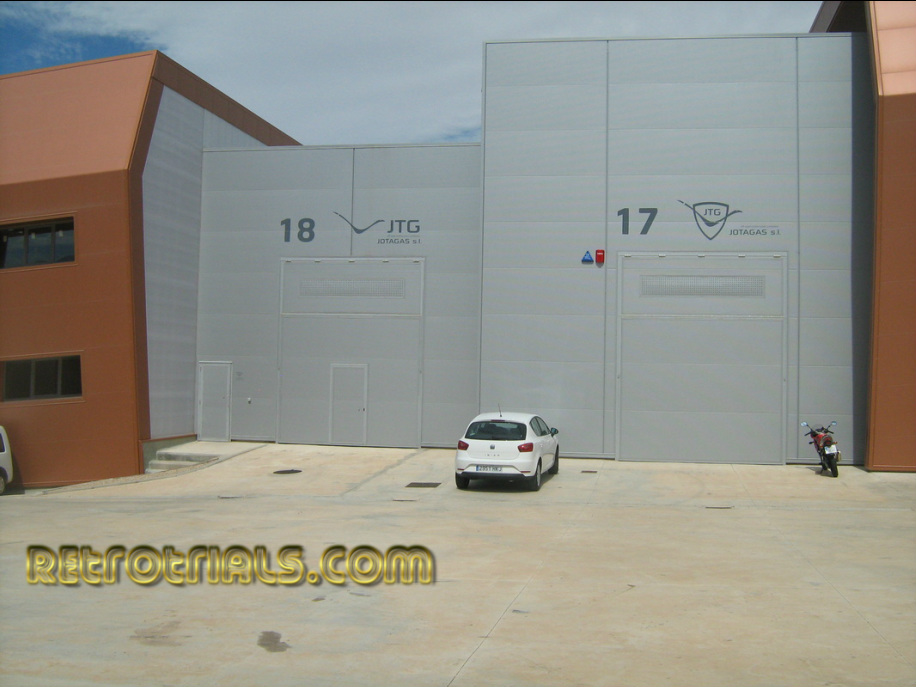 Prototype enduro chassis on the right. All of the boxes on the bottom shelf on the left are all alloy parts that weren't perfect and were being sent back. I looked at one swinging arm which was pointed out to as having light scratching. Quality control is high. 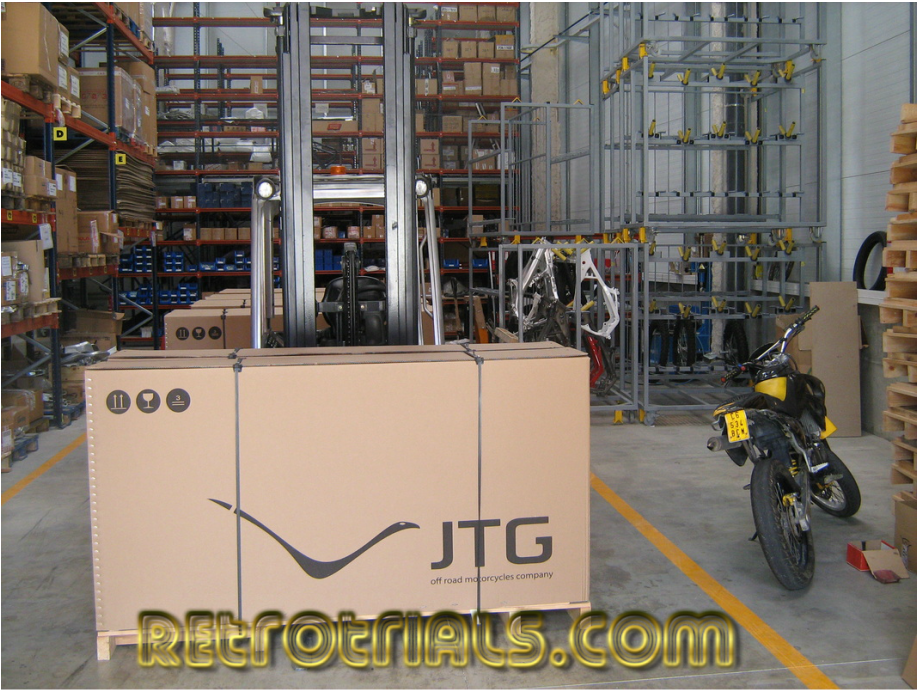 These JTG were off to Switzerland JOTAGAS

some other factory stills 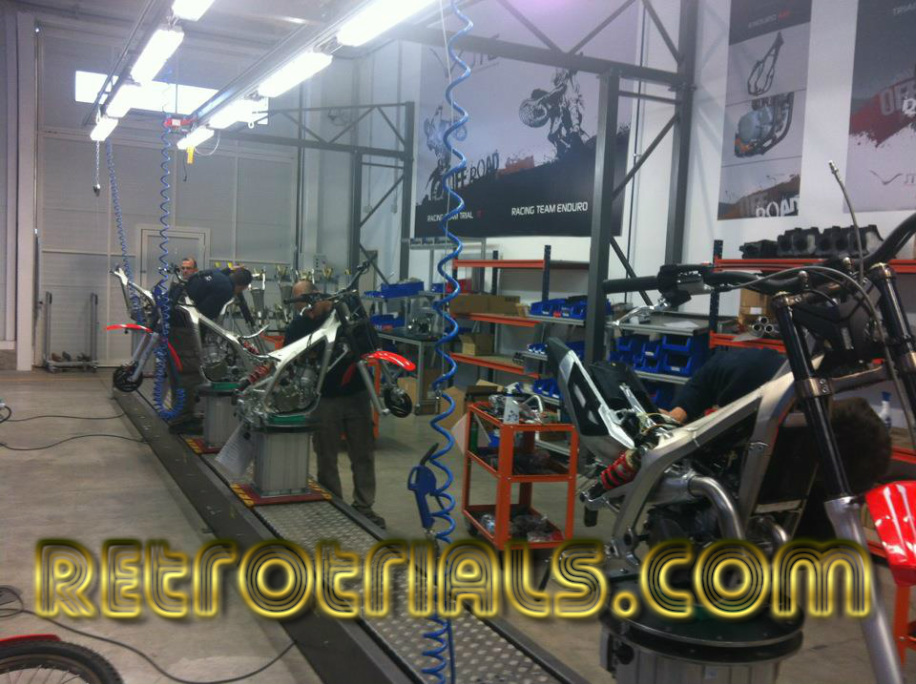 The 2012 Jotagas production line. Hand made bikes for sure 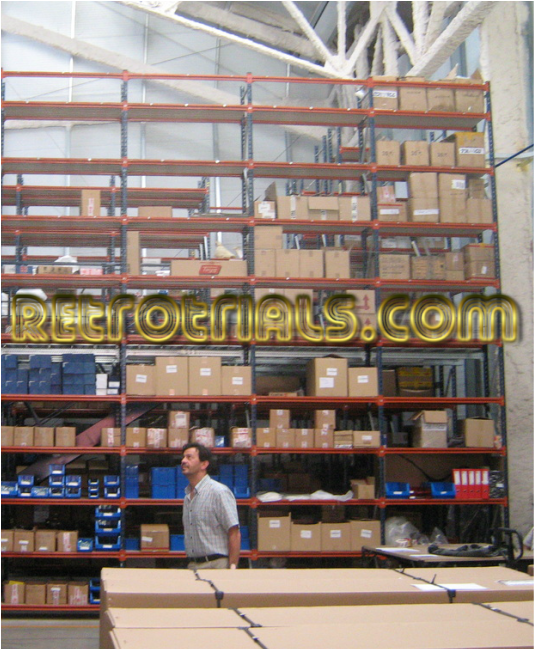 Felix A Casa is General Manager and factory boss. He lives in Saragossa. JOTAGAS 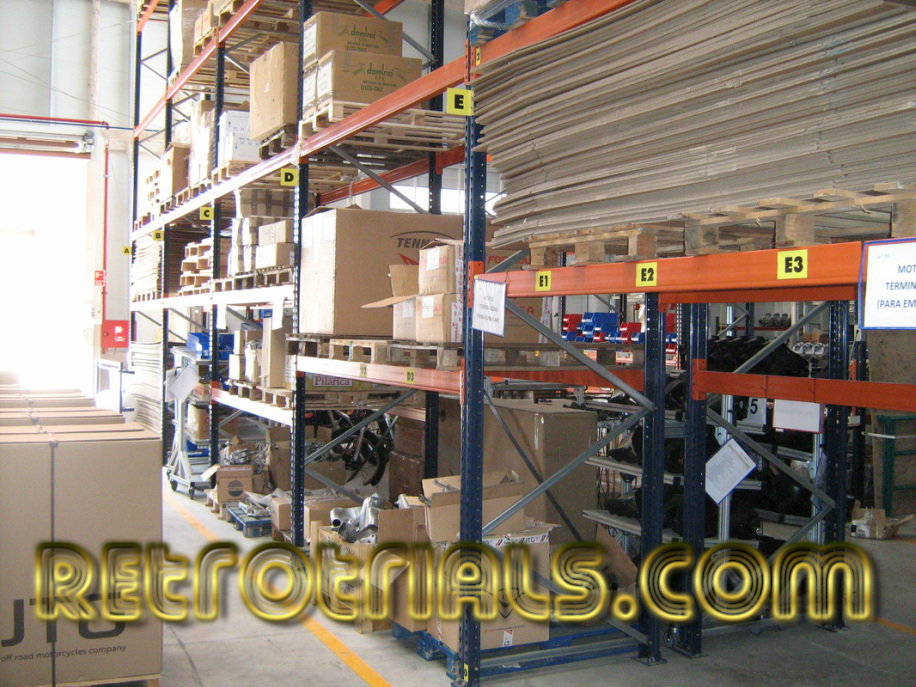