Several months later i was back in Spain again . Alongside visits to the glamorous World of  TRS and World Trial riders I had not forgotten the little Merlin factory . It was high on my priority list to try and get inside . In fact i can safely reassure you that i would have continued persevering until the day i die. Luckily it was a little easier than this . Josep had made contact with the now owners of the factory and they were meeting us at 5pm . The owners Mr and Mrs Dichos purchased these premises from Ignacio's and Merlin mechanic Daniel Rodreguez in 1984 after the Merlin company moved to Fornell's de la Selva in Girona. Thinking about where we were ......it was one hell of a drive for Ignacio to Girona every day from where he lived in Cunit and Barcelona. The reason why the drive was made to 60 miles north each day , was because Johnny Regas , Merlin partner owned these premises and they were as good as free. An easy decision to make.

Mr and Mrs Dichos arrived ....and the doors swung open.

This metal fabrication workshop has been unused for many many years. The health and safety executive have stated that the machines are to dangerous to he worked with . Rather than moving everything out...the company just relocated to new premises , bought new safe equipment and moth balled this workshop. It seems a crazy world sometimes. 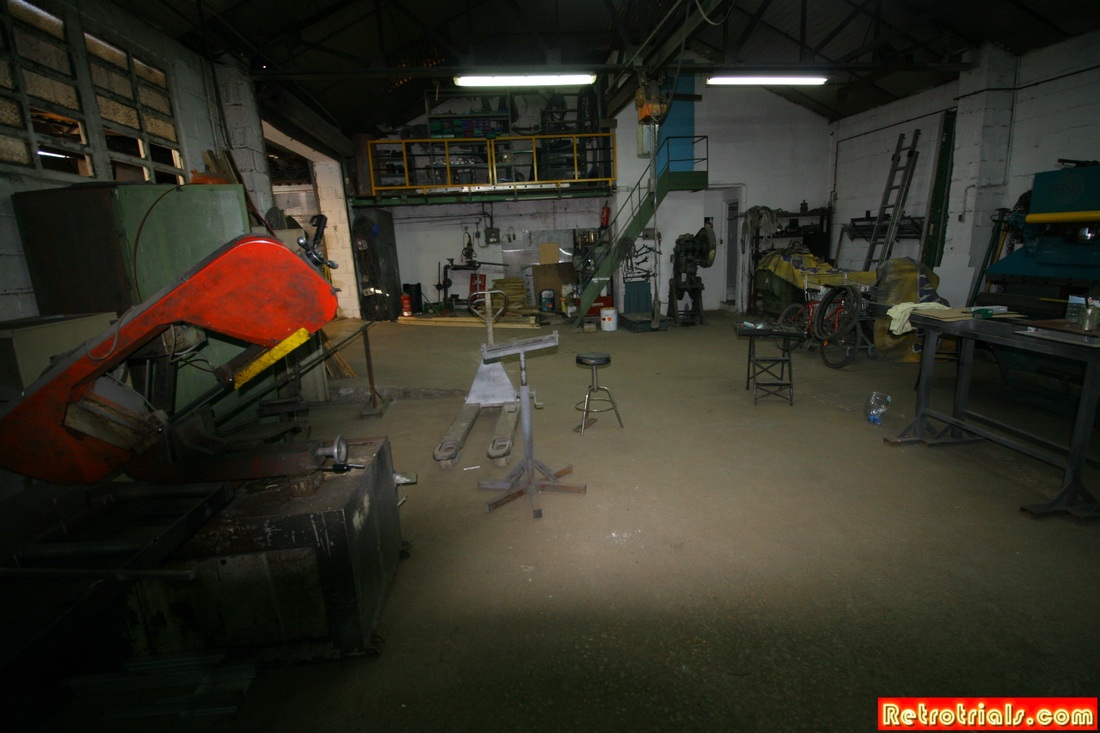 Never seen before - photo tour of visit the ​1st Merlin factory www.retrotrials.com
The factory consists of 2 large rooms . The room above and below

When i visit these factories i try and find clues to the past motorcycle history. The owner told me that there had been Merlin logos in the walls but they had been painted over.

He also told me that large aluminium logos from the wall had only recently been thrown away . I'm coming over all faint !!!!! 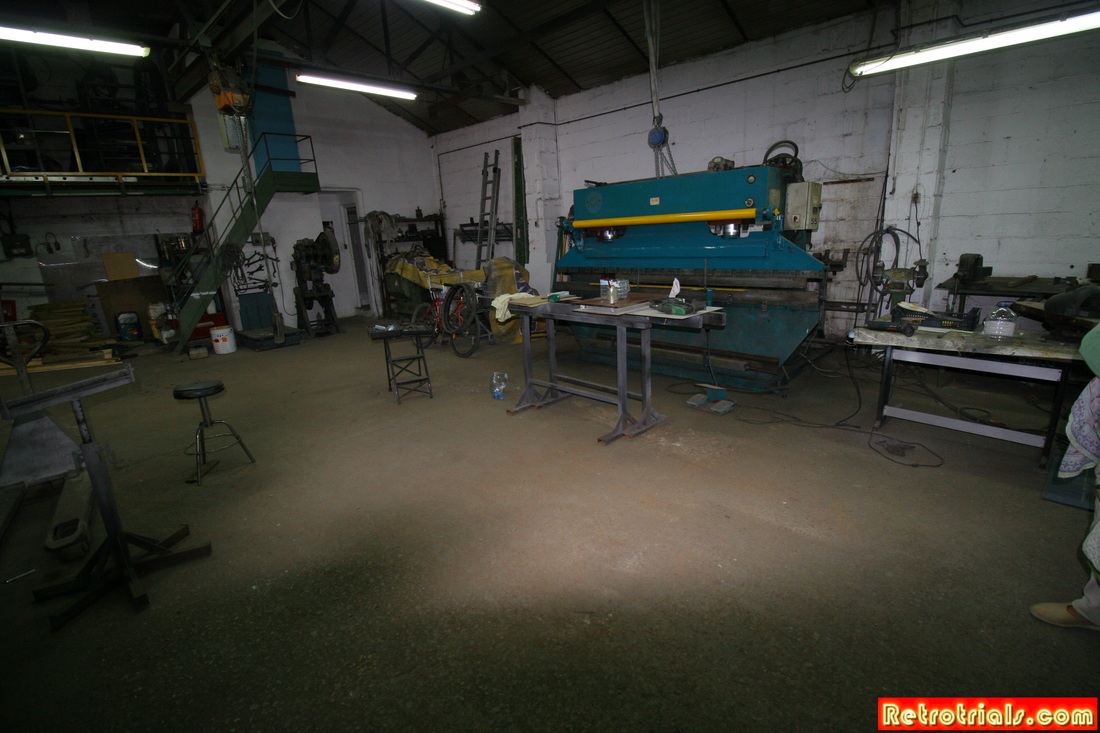 Never seen before - photo tour of visit the ​1st Merlin factory www.retrotrials.com
The DG1 was made here and released in 1981.Budding trials stars including Adam Raga owned one.
I thought this would be a good opportunity to show you all of the Merlin models , interspersed with factory photos. 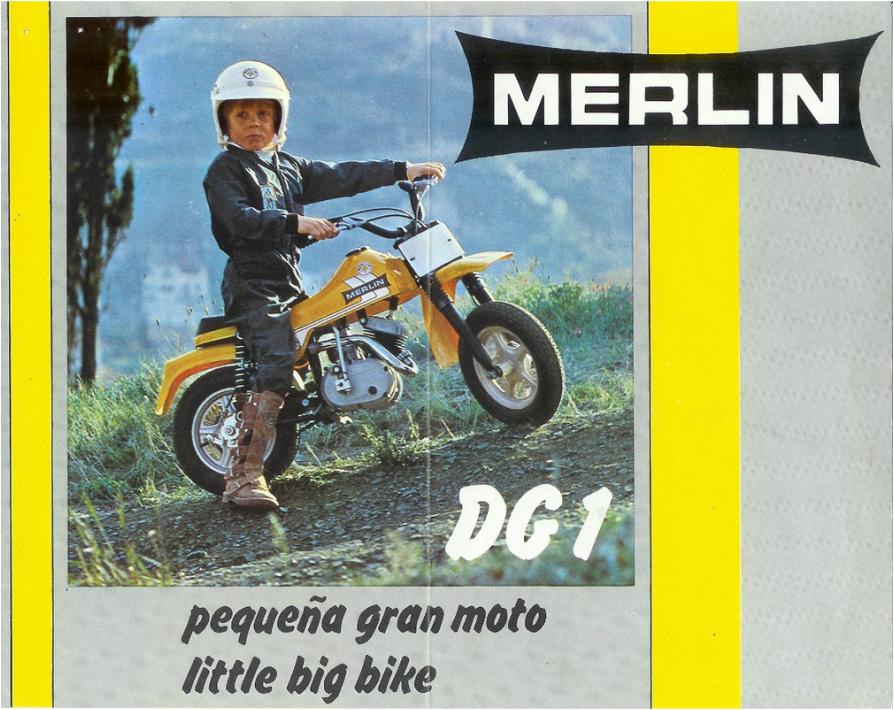 Never seen before - photo tour of visit the 1st Merlin factory www.retrotrials.com
And the room immediately to the left of the open door

I challenged by wife to find any clue in the building to Merlin. The owner couldnt think of anything .......but i know my wife is good ....dalm good. 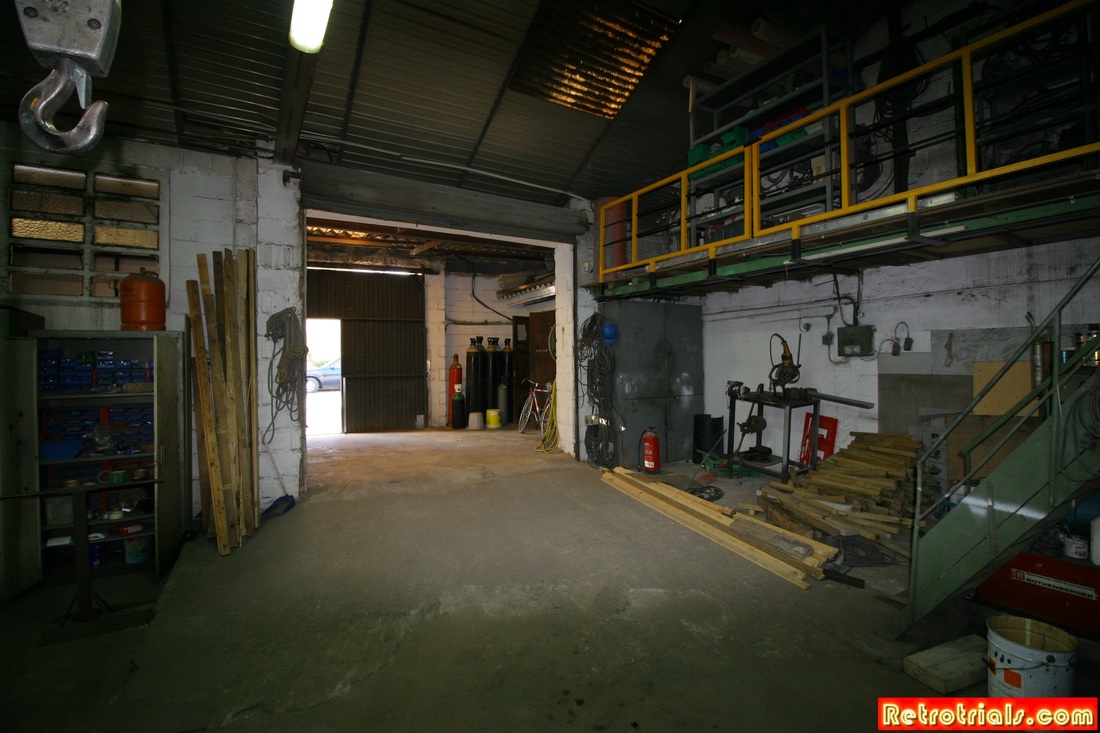 Ohh i  say ! . Into the door way to see what we shall find 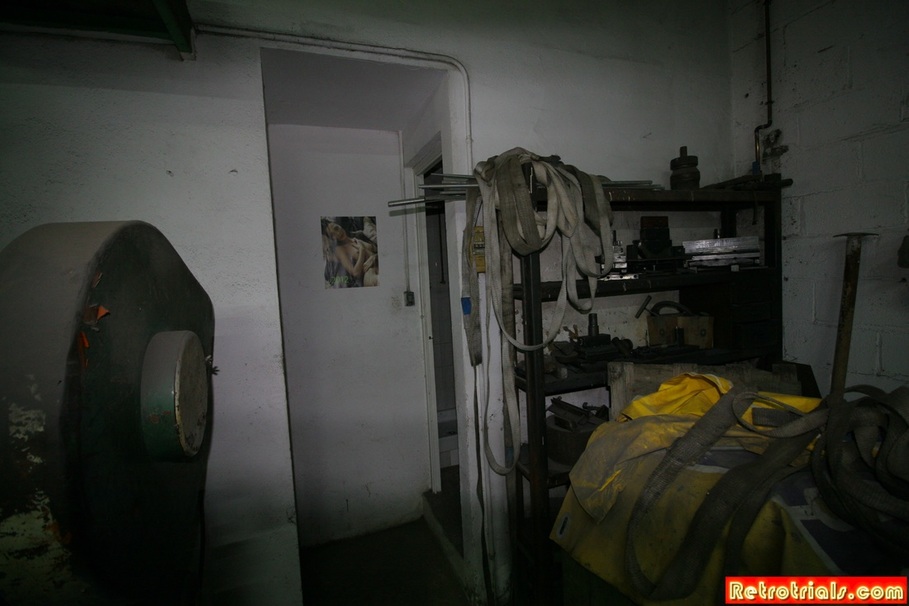 With a distinctive late 90's twist id say this cloakroom is definitely not late 70's .Oh i'll let you off team Merlin. It was after your time. 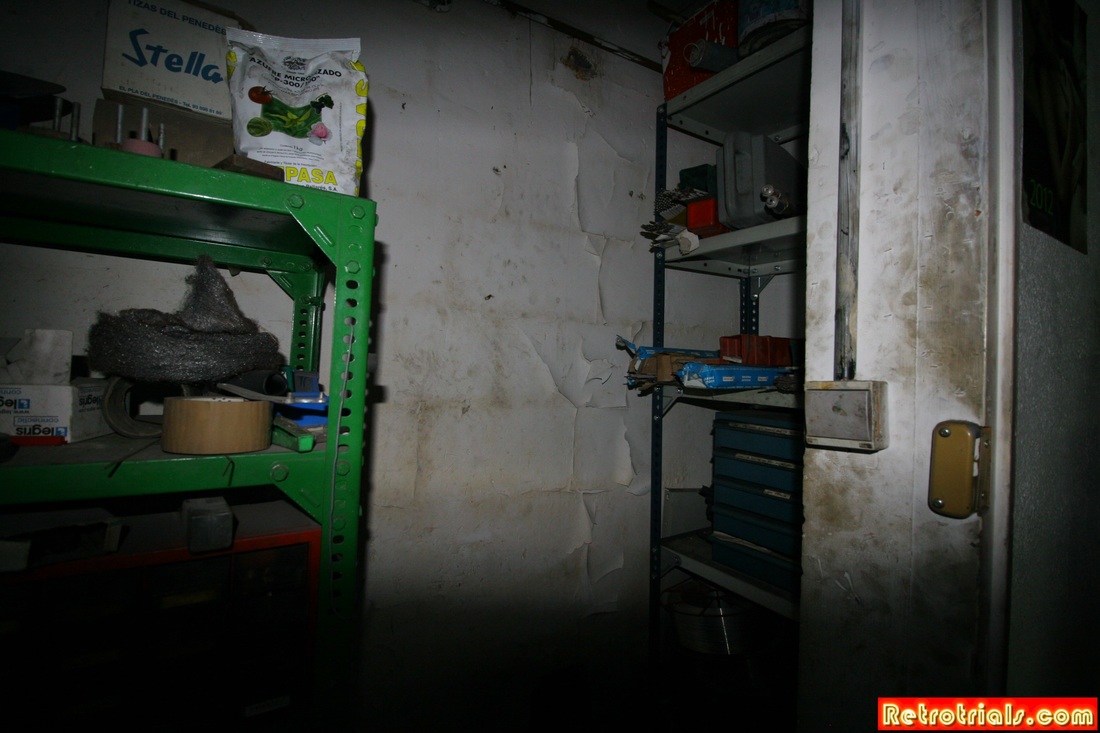 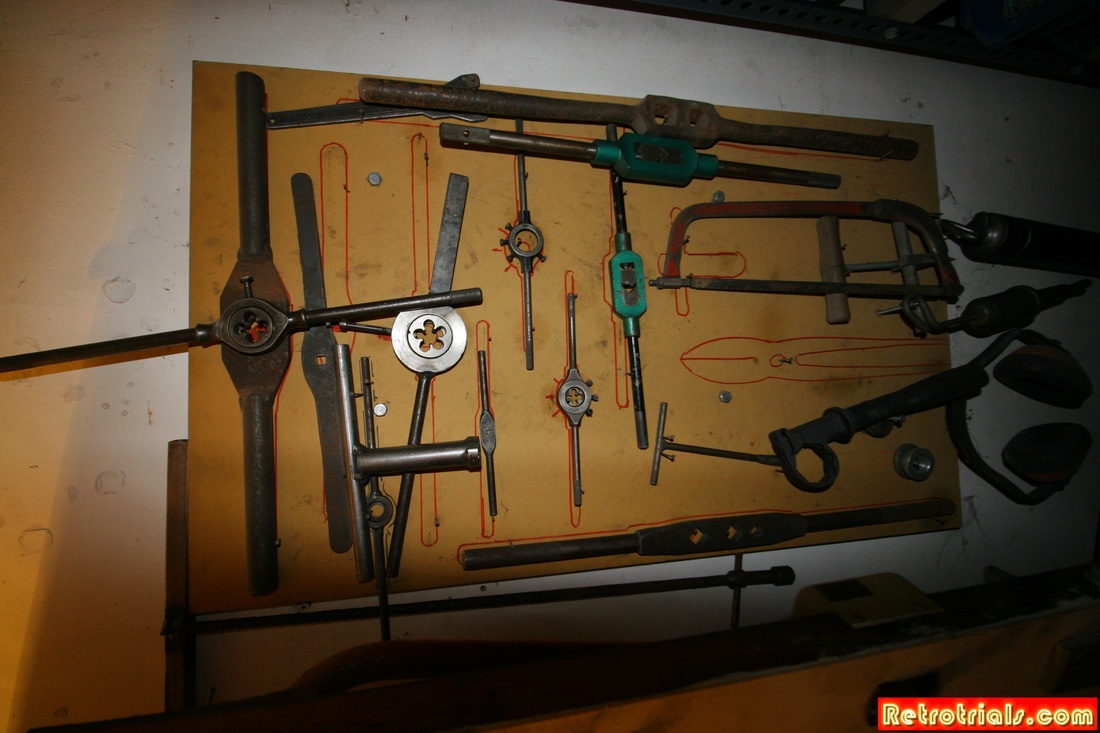 The the manufacturers the fabrication of motorcycle becomes work only. For them it is a place to come to work and then leave and relax. After work they have no interest in thier place of work. Its seems strange that i like to look around these factories , but i know i am not the only one. 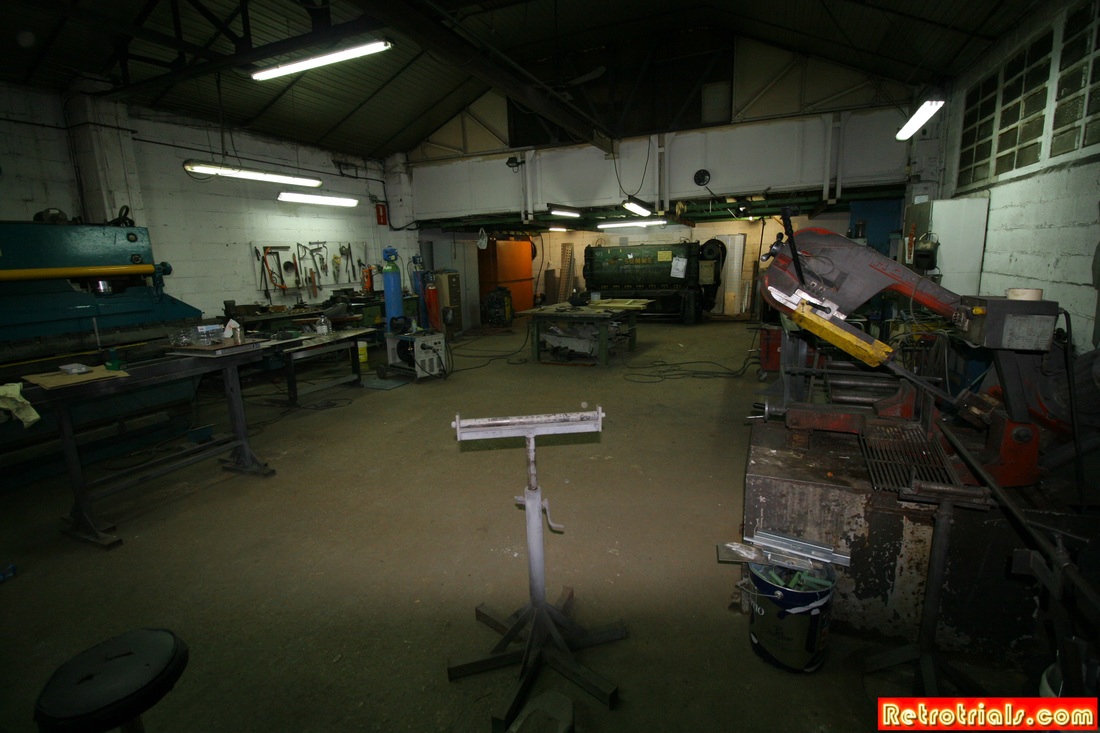