Mick Andrews is such a popular rider amongst the Trials World it has staggered me, but i was oblivious to him .

I started riding bikes off road on some land behind our house in a small hamlet in West Sussex  when i was about 14 . In fact this was only 1 kilometer from where i live today . I rode around on a clapped out Honda C90 with no exhaust that i bought from the local Policeman for £60. Im sure he regretted selling it to me , because he caught me riding across the road on the very same bike 2 months later. I was held firmly by my ear from the road down the steps to to our house where the error of my ways was explained to my Mum and Dad.They were responsible parents ...but i dont recall getting grounded or any other noticeable punishment. Id always thought subsequently that if the Policeman had decided to prosecute me , he might have been a little embarrassed to explain his sale to me :). I progressed to a clean Honda C70 and later a CZ 125 , 175 and Honda XL 185 for the next 3 years. Throughout all of this time when i was balancing on the rear passenger pegs of the Honda's  i was oblivious to Trial competition and the top riders. I had no idea who was World or European Champion.....i just simply loved the buzz and freedom of riding my bike. But i developed a little and progressed into buying the occasional motorcycle  magazine  and had Rob Herring , Dave Thorpe and Jobe posters on my bedroom wall. So .... i guess im like many many of you in this respect. My difference may well be in the fact that i completely overlooked Trial Champions untill about 1985. I suppose i was so young and novice that i had no idea of the real rules or anything other than the real basics . I dont sit here and try and play clever with you. Im quite honest ....I had little idea at this time who Mick Andrews was. 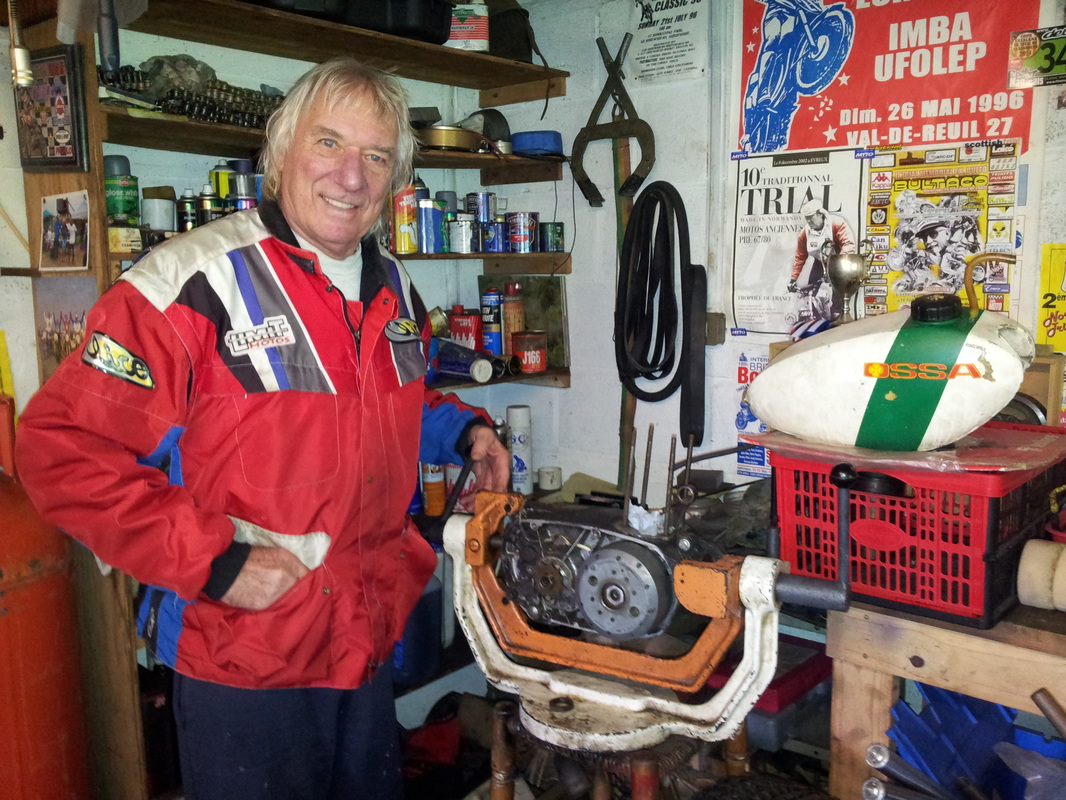 Trials legend - the mick andrews archive - retrotrials.com
Now ....i was just a kid and as time has passed i when from club Trials to Enduro  and then back to club and national Trials. During this time however i was so involved in where i was riding and what i had on at the weekend that again i didn't follow the Championships to much. Then ....after a decade of riding constantly every weekend it slowed down and i combined riding Trial with my other love Enduro.
Sooooo....poor loveable Mick had been completely and utterly overlooked by me ....and im a little shamed to admit it. However its fair to say were are from different eras so that's my get out .
I have Paul Rose to thank for encouraging me and nudging me towards interviewing Mick Andrews.  Mick used to drive the Hamilton Yamaha  Uk rider to all manner of locations in Europe in the interests of sport and he has clearly fond memories of these days.
Paul kindly put us in touch with each other and the date was set for the interview. At this time in my Retrotrials path i was fully immersed in the 80's and 90's Catalan aspect of the sport , but i had done my research on Mick who i did know was a bit of a legend.However I was overlooking one huge factor which i didn't discover until later.
Although modern magazines are great , there is no replacing the magazines of the time you love the most. For me the japanese magazine Trial Journal is unbeatable. The great trial photographer Makoto Sugitani worked for trial Journal from 1983 untill 1994 , later as editor. He made a monumental move requiring great courage and left his home of Japan in 1983 and was living in Brussels during 1986 and 87 and in a caravan for many more years. During these years he travelled to the World Trial, riders homes, factories. It was a fantastic journey!.  He was also  Minder to Kenichi Kuroyama in 1995 to 1997 in the World championship. In 1997 Trial Journal was given the new name of "Straight On". Later is morphed into SHIZENYAMA-TSUSHIN and http://www.shizenyama.com. It is now on its 215 th edition. If Retrotrial has any model , then it is Trial Journal.

I mentioned a brief history of Trial Journal because in 1986 the Trial Journal journalist Makoto visited Mick and placed a report in the May edition. Here are the photos
And here is the pukka Trial journal bag that Makoto gave to Mick on that day in 1986. My special advisers Eddy and Steve to the right are just giving it the once over :)
I got Micks house at about 10 am having never met Mick before and I didnt know what to expect. At about 4 pm i left......completely smitten by the man and his wife Liz. We had planned to meet again and Mick had leant me some books and other bits and pieces and ease my yearning for more and more information.

About 1 month later the interview went live as many others had done already. However ...i had not been prepared for the response.

This was when i really started to understand Mick and his impact on other people . I received so many messages and emails from people wanting to tell me about their wonderful and memorable times and experiences with Mick. The time then visited Mick at home . The time they held Micks bike at a trial and helped him with something. The time they saw him riding all those years ago and had a chat with him afterwards. All of these stories came out.  These messages came from the UK , from Australia , from the USA and of course Spain and France. Everyone just started pouring their love for Mick in a way i have never experienced before. Its because there was such a  huge response of admiration , love , time , and respect for Mick that i started to think why ?. What did Mick do so differently. Micks World wide travelling Trial school and riding lifestyle is part of the reason. Where most riders might have a 10 year career , Mick's career has lasted since 1960....and he hasnt stopped. The other reason is Mick and Gill's partnership in life and their character. They are so so so friendly, easy going, relaxed and at ease. They dont put any thing on and you see them both for real , not some projection they want you to see. Sitting in a chair opposite Mick is like sitting down with a friend. If i felt this...then you all did. They are both nice people to be around and they give in themselves.
I love the tape collection Mick. Knock me over with a feather !. 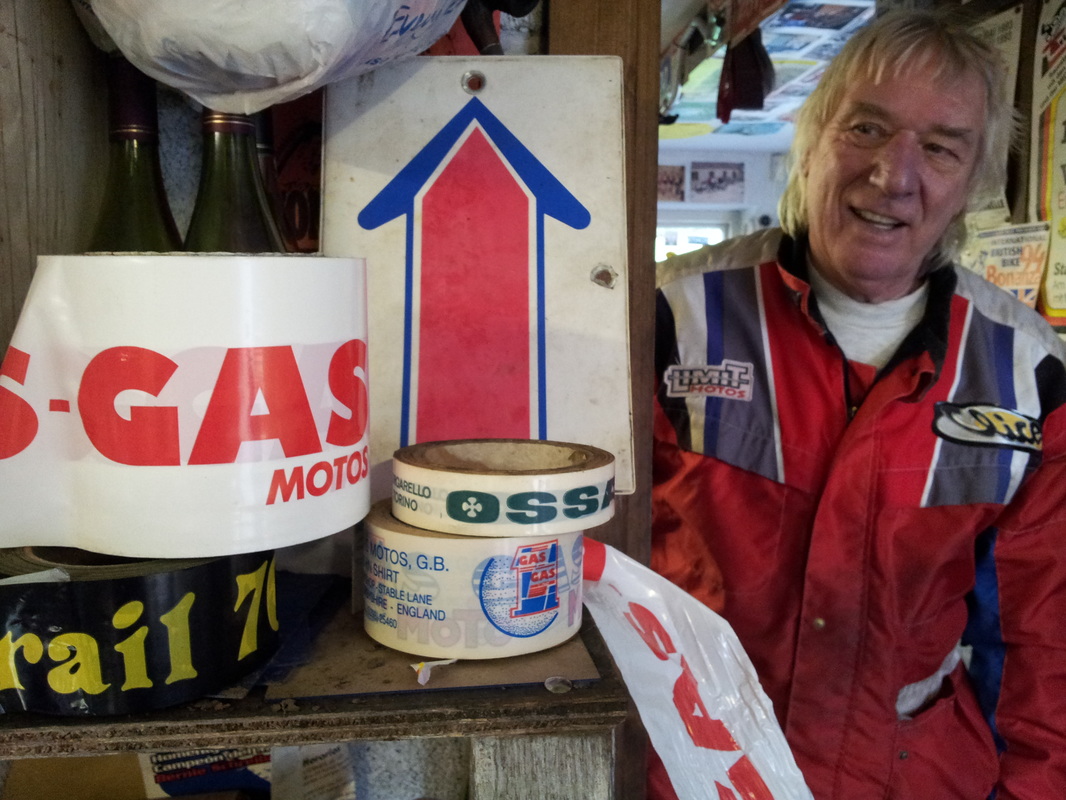 Trials legend - the mick andrews archive -
On the following pages you will find the entire contents of the photo collection and scrap books of Mick and Gill Andrews.

The photo collection spans the past 100 years and contains family photos as well Ossa factory , Yankee Ossa as well of photos of the many people Mick has had the pleasure of meeting along the way.

The scrap books in year order , contain hundreds and hundreds of newpaper clippings , results , photos and  interviews detailing Mick's career from the days on the AJS , through to the Ossa, Yamaha , Aprilia , Honda and James Pre 65 SSDT days.

Quite simply this is the largest and most comprehensive collection of items surrounding any rider , that has been uploaded.

Due to its quantity it is impossible to take it all in now , but dont worry . Its a great source of reference for anyone writing or reading about Mick and the era in general.

So without any further delay --lets go and have a look.

A big big thank you goes out to Mick for rummaging in his loft and entrusting me with all of these keepsakes. 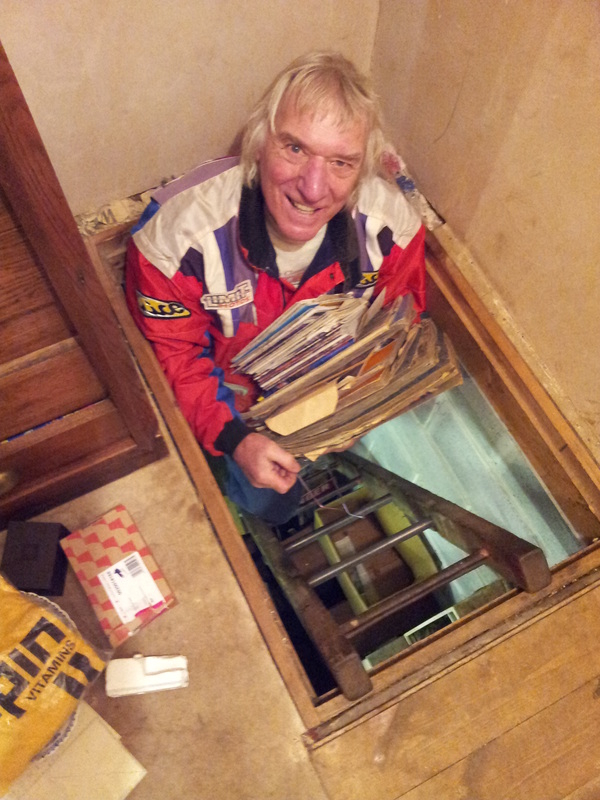