Paxau started working for Merlin at the start of what turned out to be a remarkable career. He has been the greatest force on Trials bike design over the last 30 years working for Bultaco , Merlin , Gas Gas and Sherco. Paxau stamped his name on every exhaust on this model.This model featured chasis changes, sharpening the fork angle. The fibreglass seat and tank unit was remodelled to made it more shapely and less angular.Suspension consisted of Telesco from forks and Telesco rear shocks. Revolutionary 6 spoke wheels were fitted. These consisted of alloy rims and spokes fitted to magnesium hubs.These wheels were fitted with tubless tyres.
The whole bike weighed less and was a considerable improvement in both handling and design over the previous model.
The Gallach replica model sat in dealerships along side the standard DG350 which was still available. 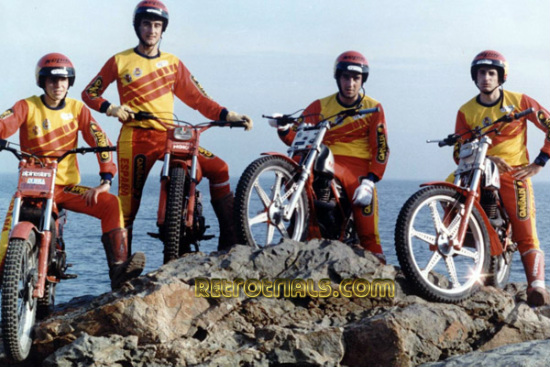 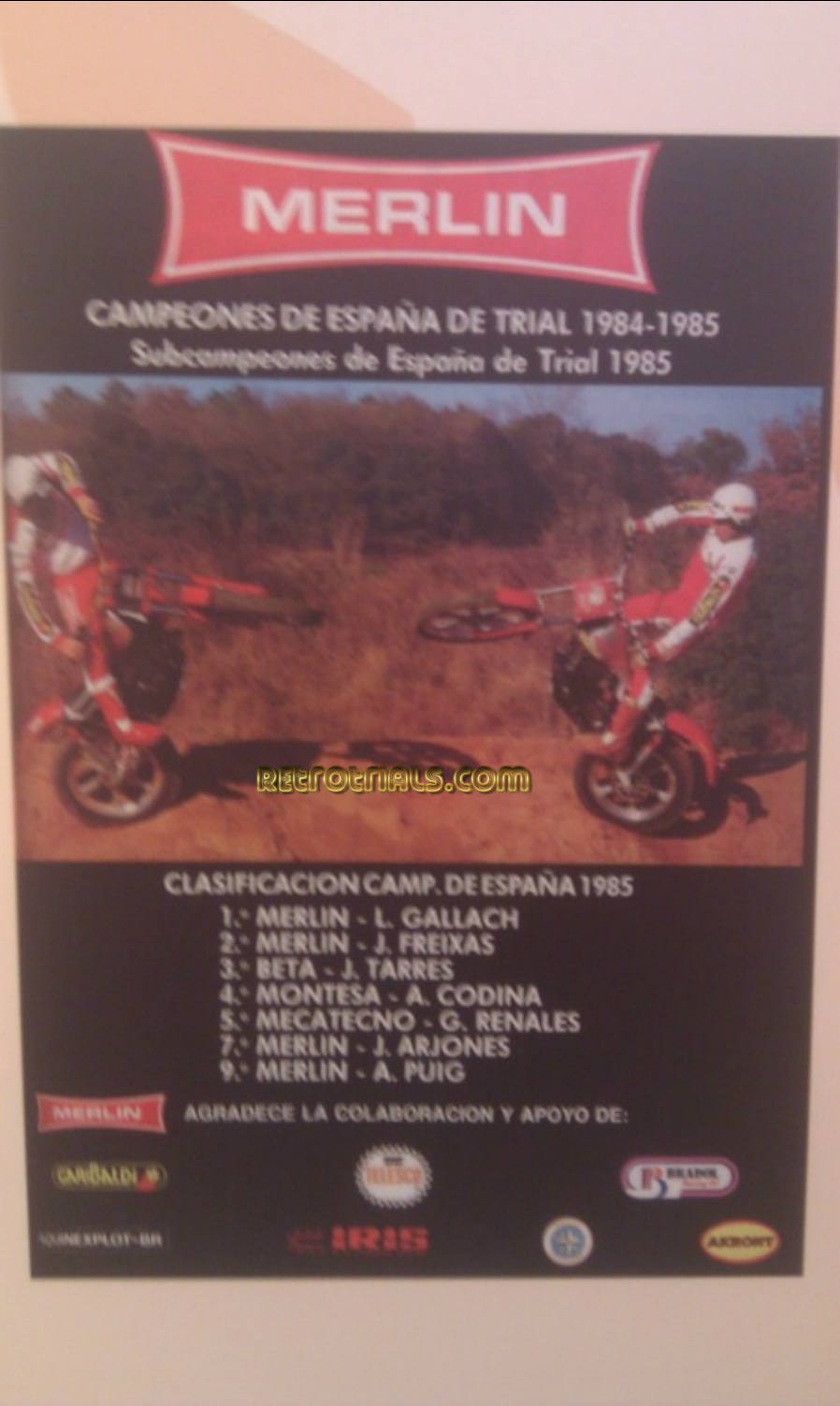 A Merlin promotional poster boasting they are the boss 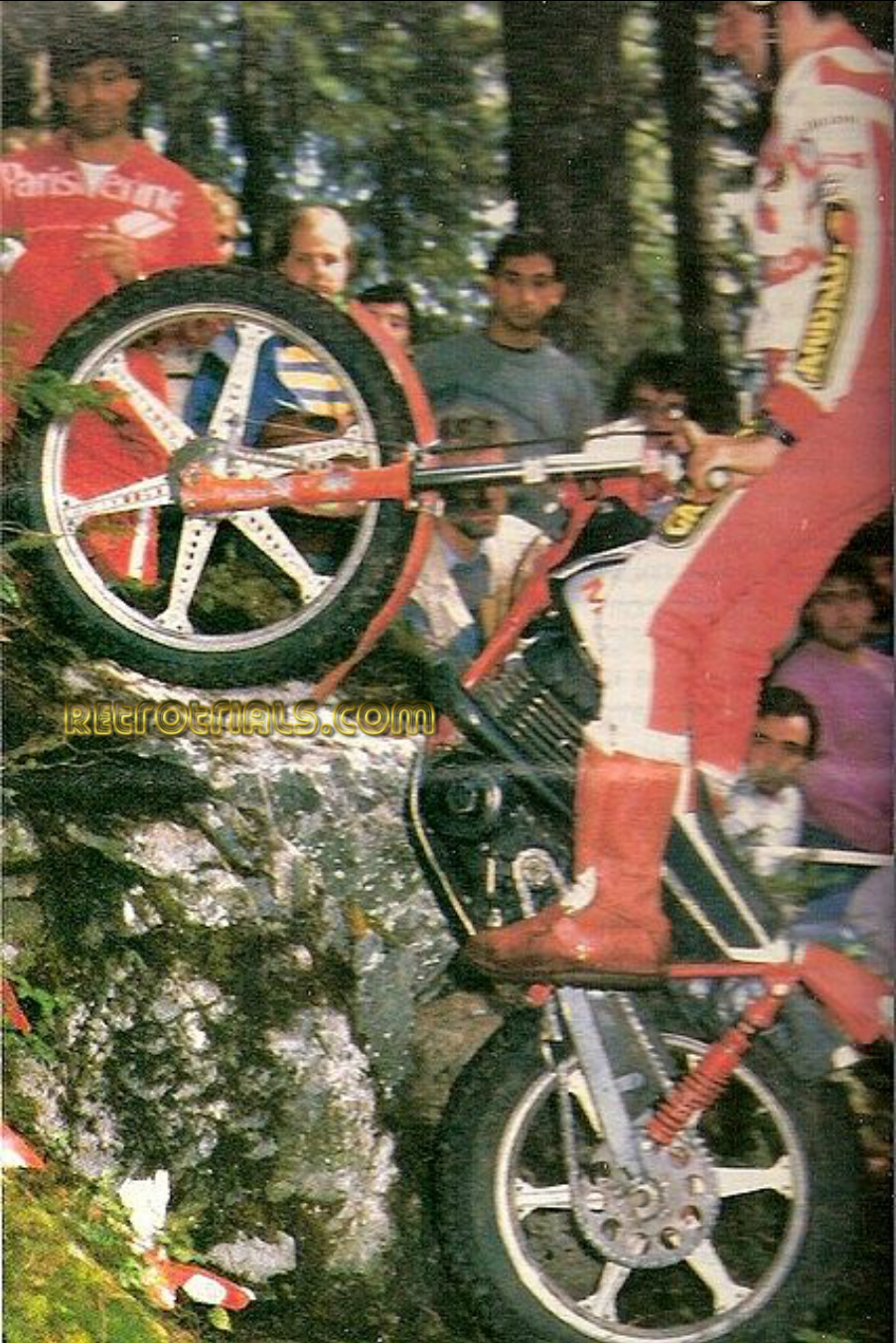 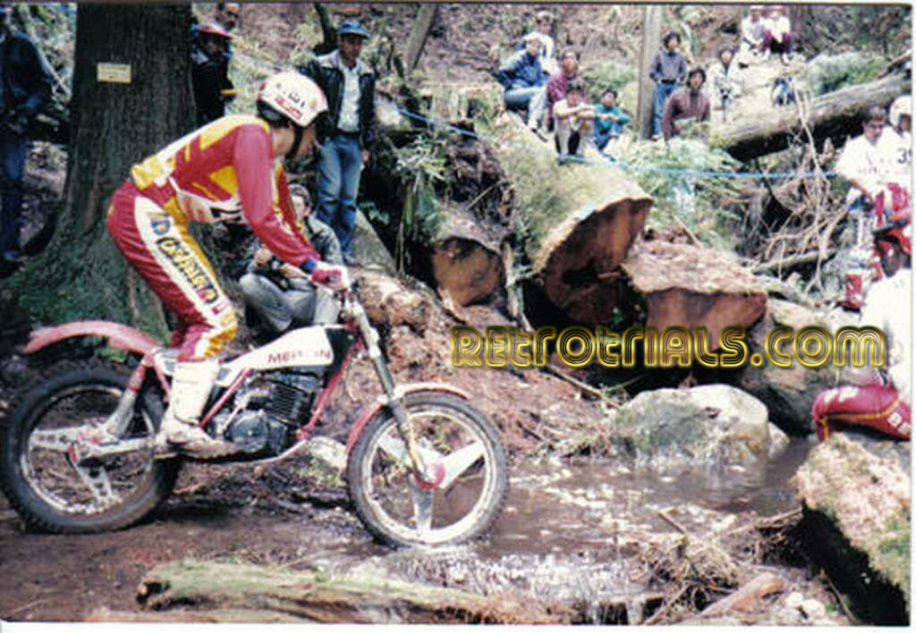 Gallach riding the Merlin Gallach at the 1986 Canadian World round 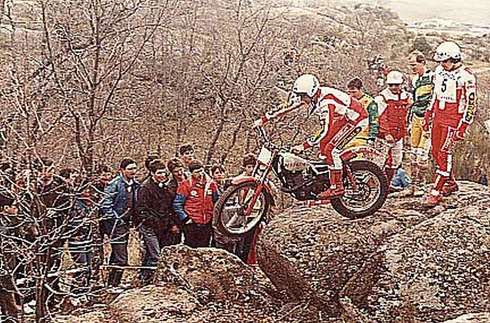 Gallach on board the 1984 Merlin gallach replica 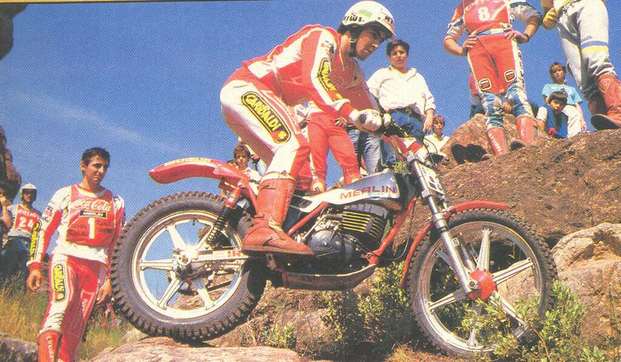