Merlin were created in 1980 and started making childrens motorcycles . This was a lucrative side of the business and brought in much needed cash.With the extra money that these sales generated Ignacio Bulto made the move into adult trials bikes , an area his family were famous for.

During late 1981 work got under way on this machine with Ignacio Bulto carrying out testing .In February 1982 Ignacio Bulto releaved the new DG350 at the Barcelona indoor trial to great applause from the local home crowd. In late 1982 the DG350 was available for sale. This model ran untill late 1984 and was promoted initially at World and Spanish rounds by Juan Friexas who had moved from Ossa.He had some excellent results on the new machine.
During 1983 as machine sales grew more top riders were employed. These included Jordi Soler , cousin of Ignacio. Manuel Soler - ex Bultaco and Ossa Spanish champion ,Gabino Renales - he'd just left the crumbling Ossa. Luis Gallach was also employed and rode this DG350. He would have the most seccessful time of his career on Merlin winning the Spanish championship.

Unlike manufacturers these days the chasis was made in house. The forks were units used in the Bultaco Sherpa. The seat and tank were one unit and made from fiberglass. The Cagiva engine sourced from Italy saved Merlin the expense and possible business suicide of creating thier own engine. This 350cc single cylinger two stroke engine has a nicosil bore which was quiet unusual and new at the time. This keeps manufacturing costs down as less engineering is required. The engine was used in another motorcycle from Cagiva at the time and like most factories , even to this day , they are happy to sell their engines.Contrary to popular belief the engine was fitted to the Merlin chasis with no modifications at all and simply geared down to offer the low speed required in sections.This helped to keep costs down.
The import laws at the time meant that you could import products to Spain only if there was a manufacturing connection , therefore Cagiva engines were allowed accepted.
The Merlin DG350 is a very capable twinshock bike , offering good power for high gears and excellent ground clearance. At the time is was at the top of its game.. Even today its is still a competitive Twinshock machine..

The fibre clutch plates from a cagiva SST350 fit the DG350. They are available from Surflex.it. The reference number for the fibre plates is S1451B and the reference for the metal plates in S1601
Here is the link. 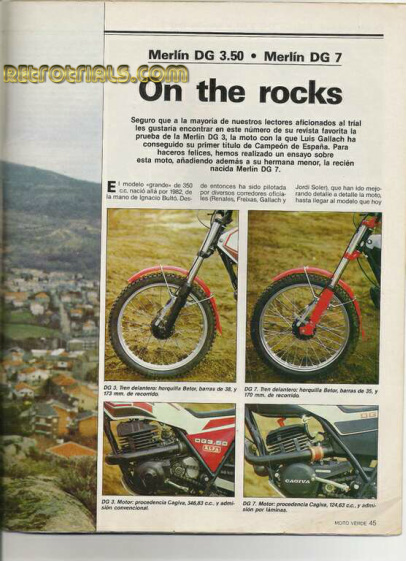 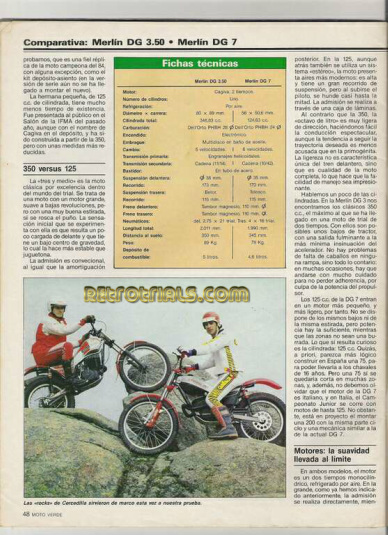 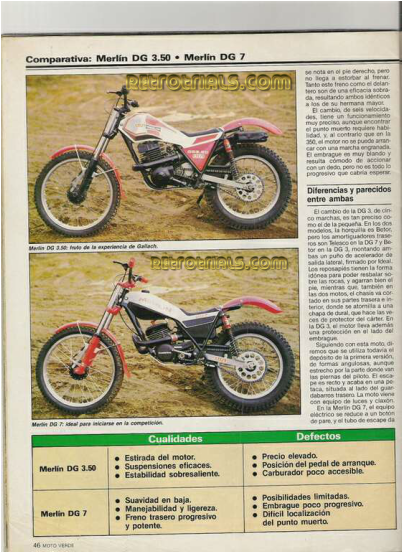 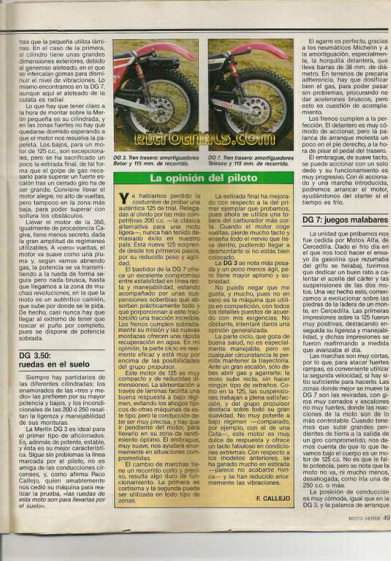 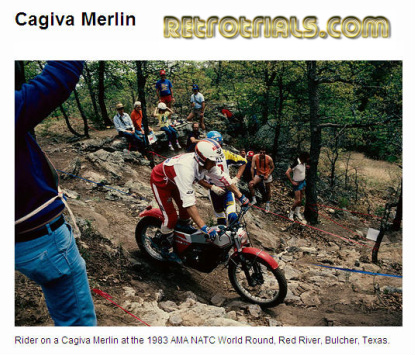 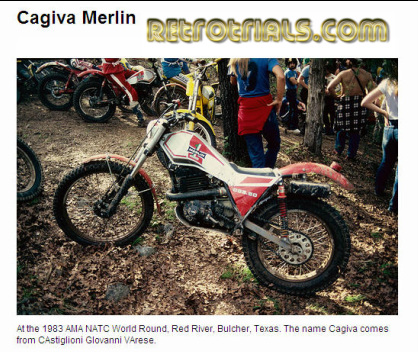