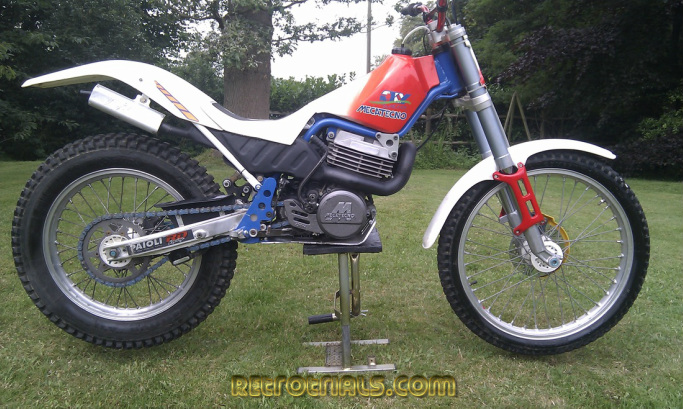 By now Mecatecno had been on the World Trials round stage for 2 years and used this increased profile to establish a network of importers around the World. The Skywalkers were imported to the UK and USA amongst other countries.

The engine was modified and now featured a nicosil coating on the inside of the barrel and a different less profiled piston. The gearbox had been modified and earlier problems had been overcome.
The Skywalker featured Foral upside down front forks. One leg acted as the spring and the other as the compression / rebound unit. The seat unit and tank was also altered. The engine casings were also changed to make them more angular in line with the styling of the time.
Gallach rode the Skywalker in just a few Trials only. Marcel Corch also rode the Skywalker but was tragically killed in a car accident on his way to a Trial near Bilbao.
Approximetely 400 units were made. Frame numbers start with the number 3 , indicating this is Mecatecno's third Trials model.
It was in 1991 that Mecatecno was really struggling. Aquiring the parts to build the Skywalker , at the right time was proving difficult and this was greatly holding up production and sales.Parts problems and dealership clashes all contributed to cash flow problems. This stopped the Mecatecno Trials project and for a moment closed Mecatecno. 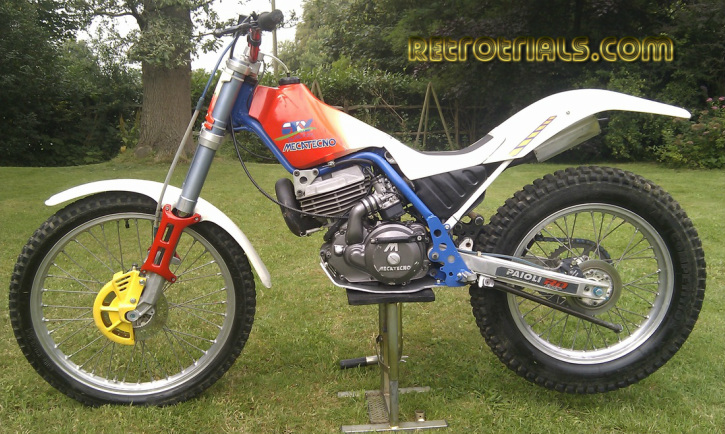 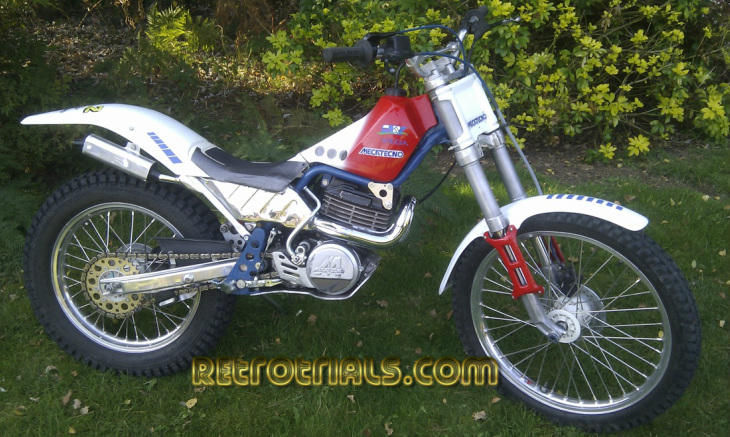 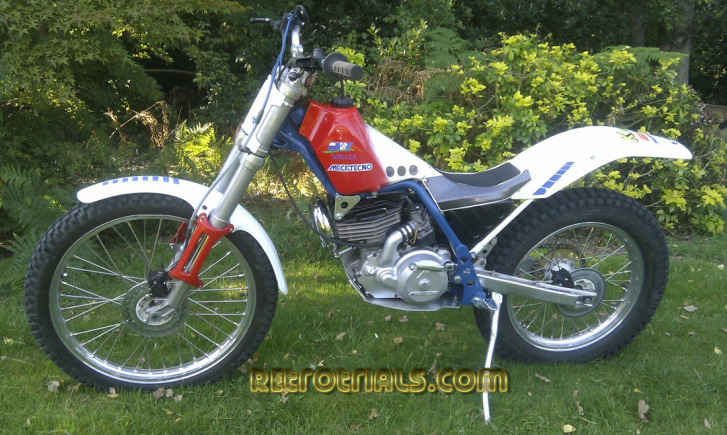 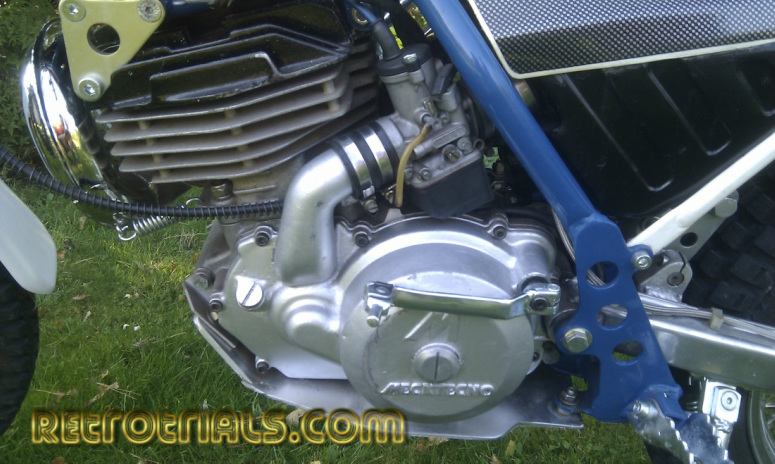 Mecatecno Skywalker - clutch and rotary valve side of engine 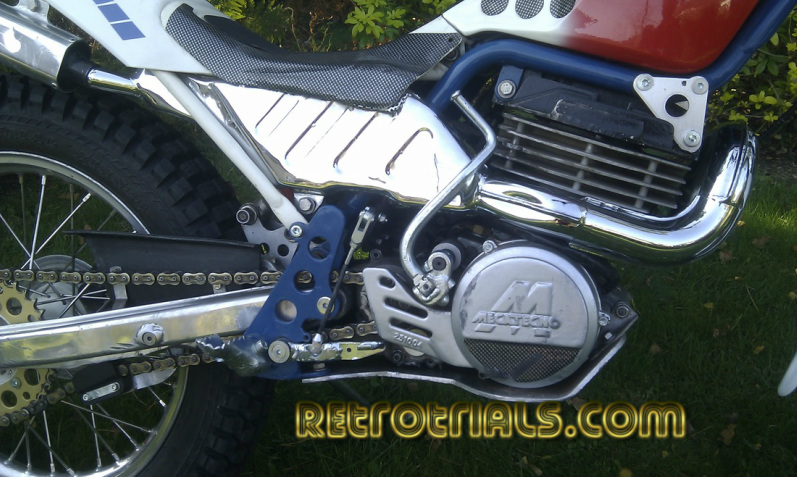 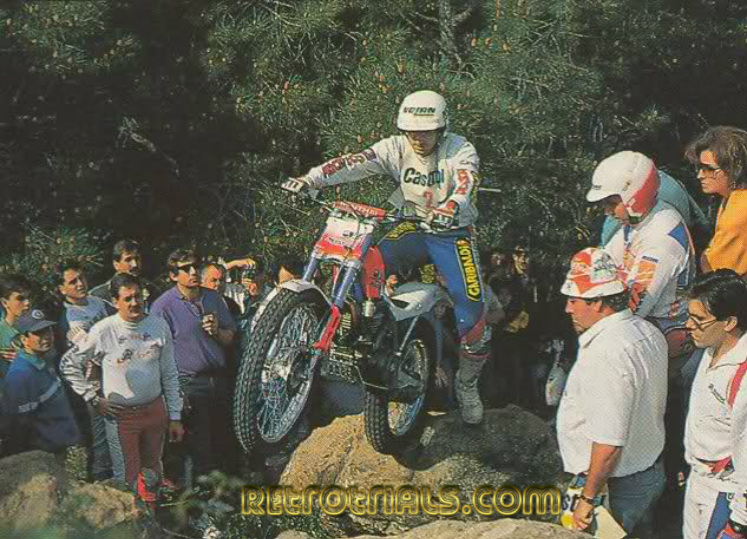 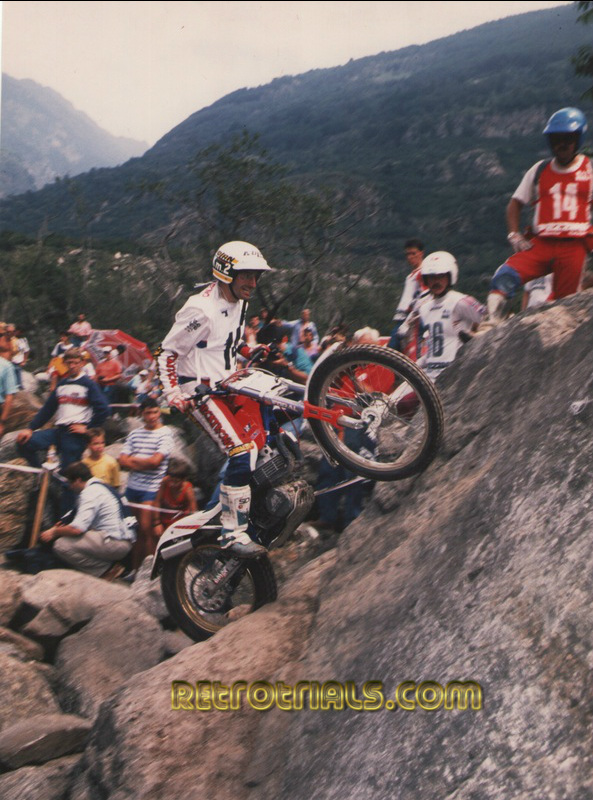 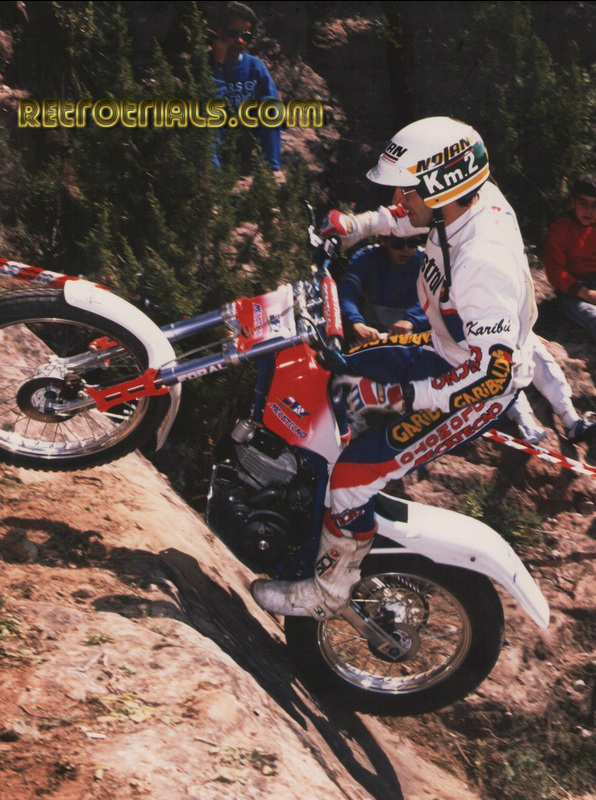 A brilliant action shot of Gallach - from Rabasa's collection 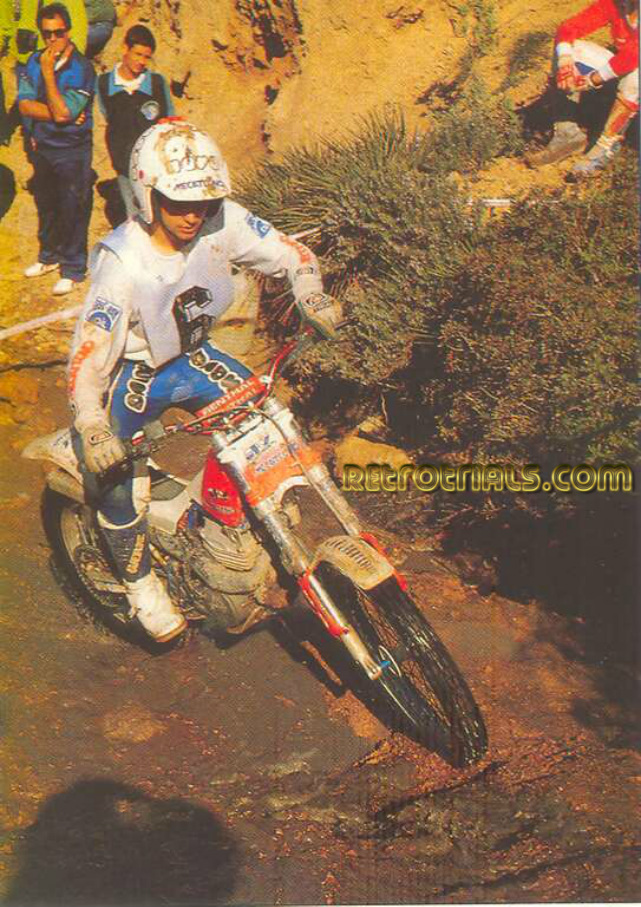 Marcel Estorch competing on the Mecatecno Skywalker
The Skywalker and Dragonfly were fitted with similar pistons , but they were not the same. The pistons number for the Skywalker is GPM 773 and was ,made by Gandini. They no longer have any and will not make any more. Mecatecno did not ask Gandini to make a piston they used one available. they used an early  Maico piston. Perhaps the 400.This is identical to the 1976 RM370 piston.Many motocross riders switch pistons. The rm pistons were thought to be better quality.
If you have a problem with your Mecatecno piston you can use an RM370 piston
The mecatecno piston dimensions are 77m bore.18mm pin.75mm height.32.5mm from top of pin to crown.
The RM370 piston dimensions are:- Diameter 77.25mm at the bottom of the skirt (1st os {77mm Std}).Length overall (top of the crown (centre of the piston) to bottom skirt) 86mm.Base of the dome of the crown (outer edge of the piston) to the bottom of the skirt 81mm. Gudgeon pin diameter 18mm.Top of crown to top edge of pin hole 37.6mm.The piston has two rings and has two 1mm lubrication holes 15mm & 30mm down from the crown on the exhaust face of the piston. This provides some lubrication of the exhaust port bridge and helps prevent "nipping up". 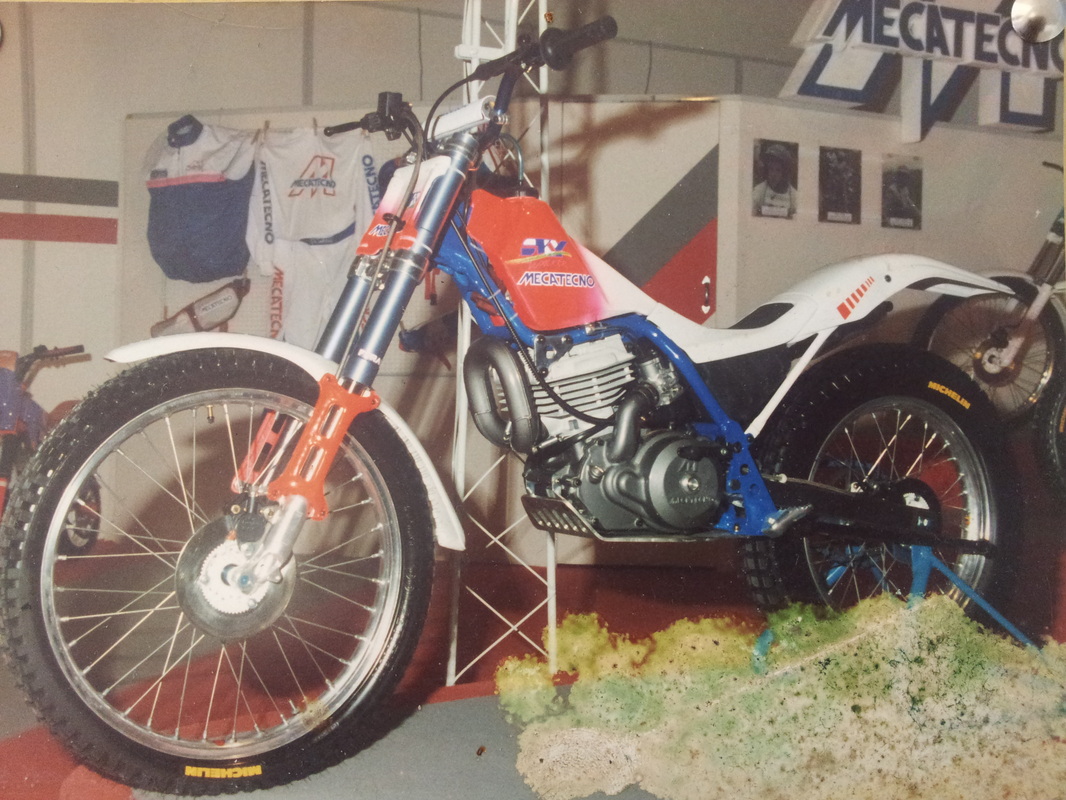 The Mecatecno Skywalker on display at the 1989 Barcelona show