You cannot spend long within the sport of Trials motorcycle riding before you will encounter the work of Josep Paxau. Whether you own the bikes he designed or admire the machines of top riders , Paxau cannot be ignored. His influence on the world of trials machines is comparable with that of Sammy Miller. 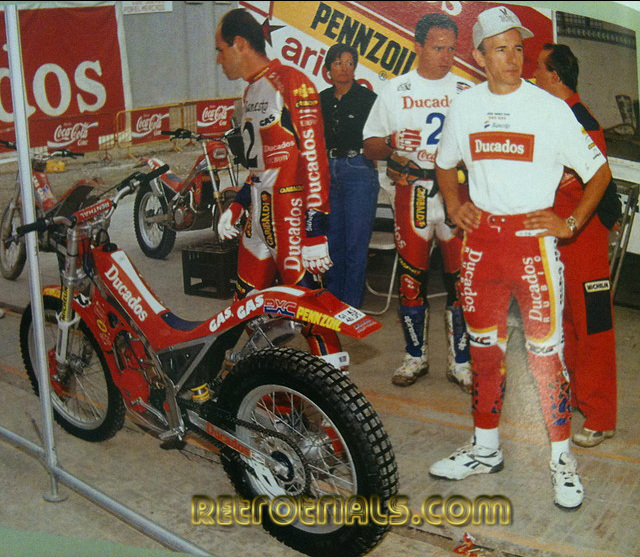 Paxau with Tarres during the 1993 season.Salva Garcia , Jordi's minder is behind
Josep Paxau has designed and created the prototypes for manufacturers each since the first Mick Andrews Ossa was created.
He has also maintained the machines of the top riders of Spain , from Luis Gallach and Jordi Tarres to Albert Cabestany and Becky Cook. The work of Paxau is everywhere.


After Ossa, Paxau worked for Merlin then GasGas and now Sherco. He even developed his own very early monoshock Trials bike around 1985 , which was very early for a monoshock chassis.


The name Paxau , is i am told not be taken lightly has much influence in the area.You would be forgiven for thinking that Josep worked for the above motorcycle companies at the factories , but no. Paxau has always worked from these workshops. From the early days his creative work and engineering knowledge was recognised.
Merlin , GasGas and now Sherco all came to him , up in the mountains for their bikes to be created. He doesn't go to them. They did back then and still do now. Manufacturers effectively contracted out their Research and development to Paxau , leaving them to concentrate on production. They commission him to design and build next years model and he works with the top riders to take the bikes to the next level.
This means that right now , he will be working on the model one year on from the models that's just been released.

Paxau has his own motorcycle workshop in Torello , Catalunia. At the front of his workshop he has a Trial motorcycle shop. I went there during 2011 and met Josep.
Torello is a very small quiet town high up in the Pyrenees mountains of Spain. It is isolated and about 2 hours drive from Girona. It was quite a surprise to me that in this place, far away from industrial areas and motorcycle companies was  , and still is the centre of Trials development.
The small shop is very neat and tidy. There is a very smart lady , rather like a secretary sitting behind a wide desk top .If you buy anything you get an official receipt with your name and details contained on it. Its an official and tightly run place. You get that feeling immediately. Dark tinted glass etched with "Paxau" shields the shop from the hot sun. Posters and pictures of Trials starts cover the walls. Many of these posters have autographs and little notes written thanking Josep for his work. Gallach, Renales, Tarres, Cordina ,Freixas and more. 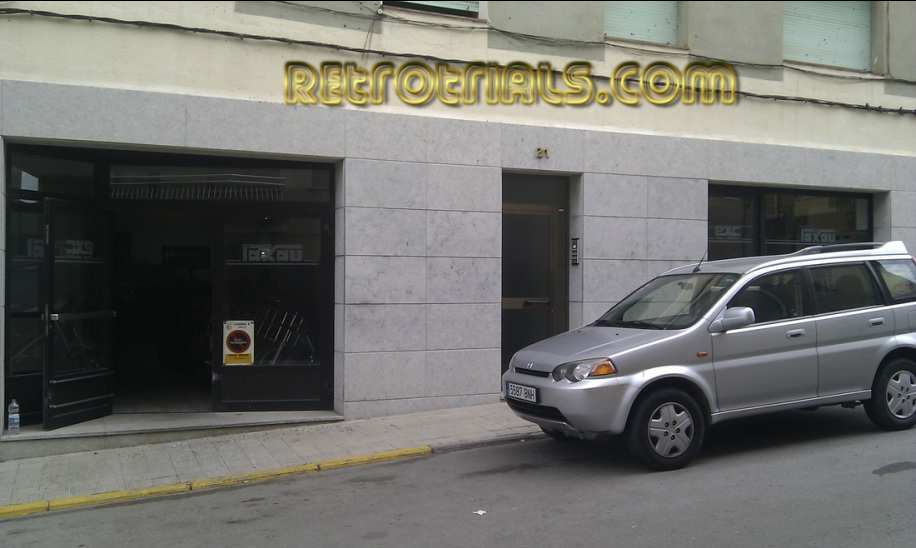 To the left hand side of the shop area is another door , which was open. Inside were lines and lines of trials bikes. You would be forgiven for thinking this was a bike shop. Its only on closer inspection that i saw that these bikes were prototypes.
Sectioned and welded frames. Plain white plastics.Bare plastics. Subtle changes. 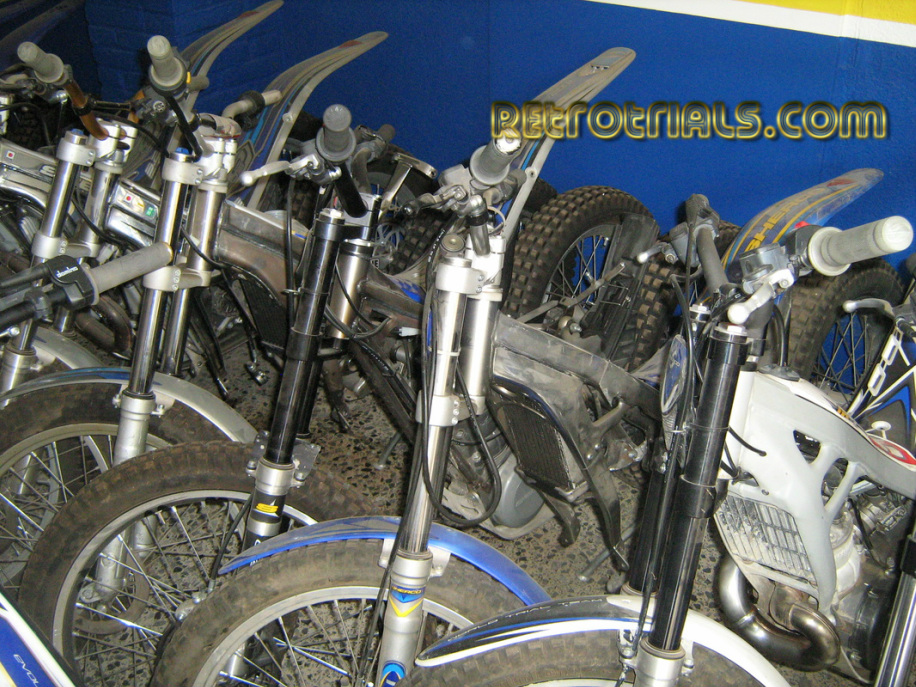 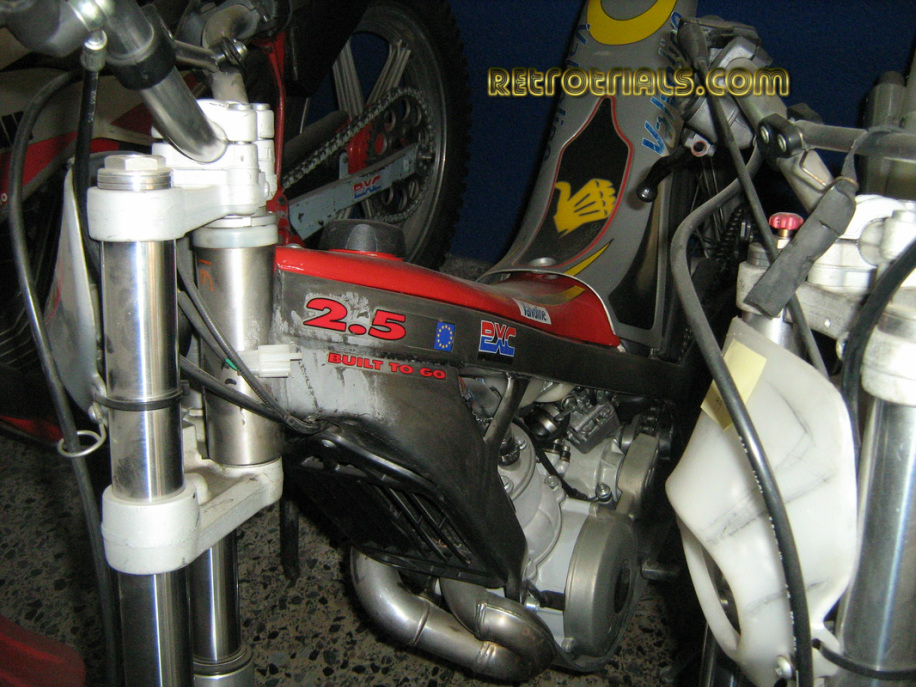 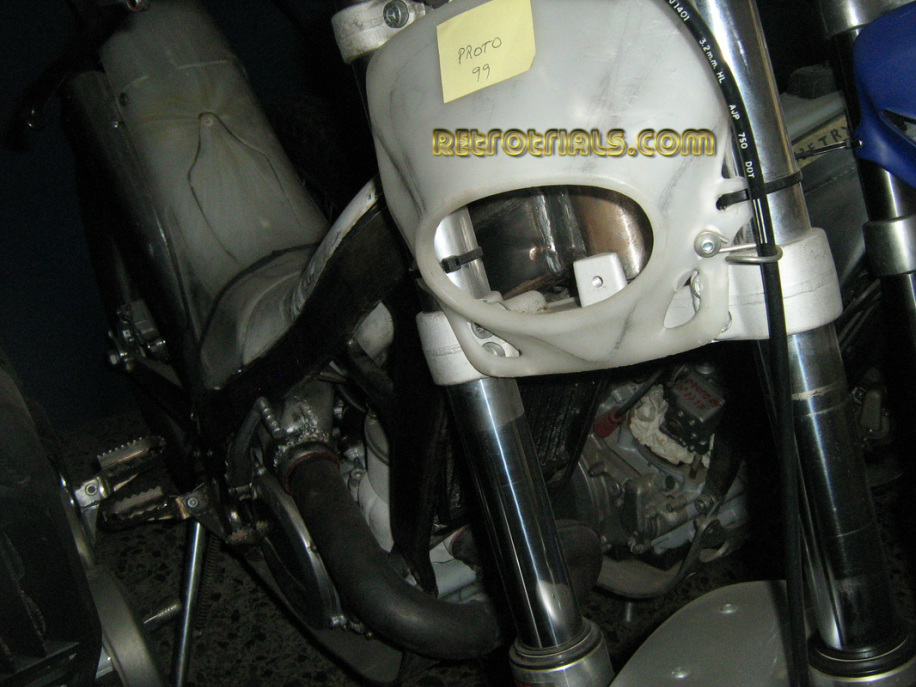 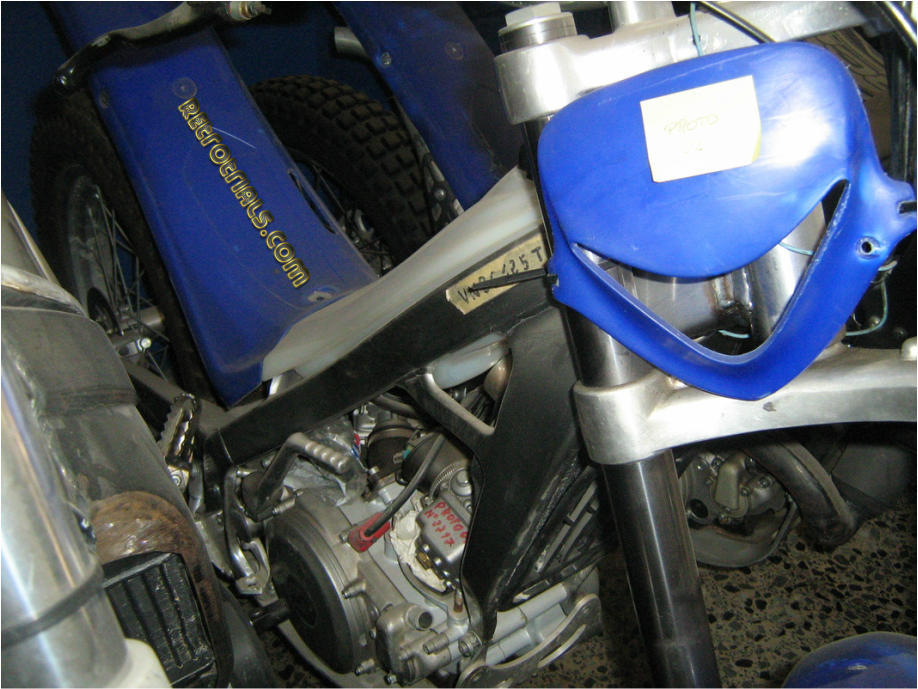 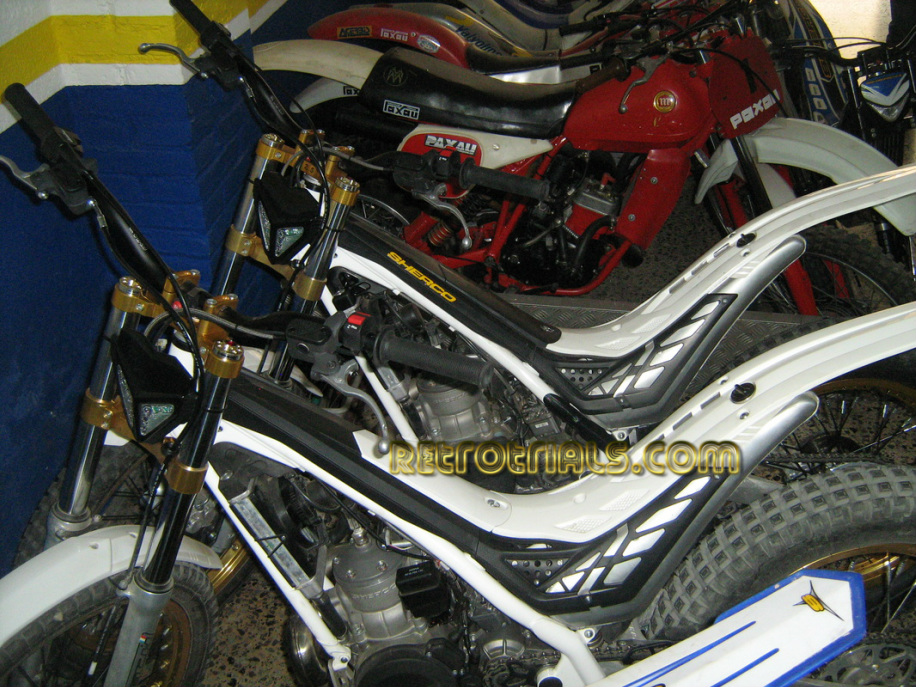 Walking down the middle of the rows of bikes to either side you can see the evolution of the trials bike and Paxau's influence on the sport.


Paxau developed the GasGas halley of Gabino Renales and Andrew Cordina. The magnificant and striking machines of Merlin. The first watercooled GasGas if Amos Bilbao. The red Fortuna GasGas , 3x World Championship winning machines of Jordi Tarres. Paxau still keeps working and now produced all of the new Bultaco and Sherco models in addition to maintaining the machines of Albert Cabestany.