News of a new Spanish Trials marque creates much excitement in the Retrotrials household and no amount of Ritalin or sleeping pills does any good at all to create calm. The doctor has no cure.

Prior to the machines launch, rumour and speculation has been rife surrounding this new marque. There had been very little of the drip drip feeding of Facebook page information that has in the past kept keen hacks and keen trials followers from going mad.

I found myself wondering…..

Did this bike really exist ?

Was the project created simply to take the World and SSDT crown like a rumour had suggested ?

Was there any interest in sales?

Was the bike going to be available in only limited quantities to the public?

Well. ..... this all created a huge amount of anticipation and excitement.

As time went on the project was confirmed and whilst my ...and dare I say our knowledge of the company owner was tiny, this was on complete contrast to the Trials World's recognition of the Vertigo's lead creator Dougie Lampkin.
Dougie has conquered everything in Trials. He has won the infamous Scott trial 4 times.  The Scottish Six Days trial 8 times, won 99 World Round Trials (Christ I yearned for him to make it to the ton) securing 7 Outdoor and 5 Indoor World Trials Championships.

Dougie simply is incredible. There are no other words for it. These results weren't won easily. No one handed them to him. He had no easy ride. Every Trial was hard fought and the hardest working lad won. Interviewing a number of top achievers in sport has given me a better and clearer understanding of how they achieve . Putting it quite simply, In most cases is just dam hard relentless non-stop work in every which way you can imagine. That's the key .....not a whole bunch more.

So with this last thought in mind there is absolutely no doubt in my mind that Dougie would create an incredible bike.  This guy just doesn't lose. He just doesn't give up like normal people. He doesn't quit and settle for an average result. The goal of course was to create the best bike available and Dougie is there talking on film confirming that he had achieved this. I for one would not bet against him, not for one moment.

I'll point out to you at this stage that although I have been riding since I was 14, I am not a good rider I am sad to say. I've tried. .. but I clearly haven't tried hard enough. I am however very experienced in Trial and used to riding modern bikes. I think I have a good feel for them, but only up to a point. I don't really feel a 46 year old guy can explain to you the upper capability of the Vertigo bike. It’s just so beyond me.
So with this in mind, it's far better to look, listen and watch the results come in and then an evaluation can start to take place about its performance and reliability. Well it's bingo for Vertigo with factory pilot James Dabill taking the new bike to debut outdoor wins at the 1st and 2nd round of the British Trials Championship.
I took these photos in the paddock prior to this event. James Dabill's bike is on the far side. 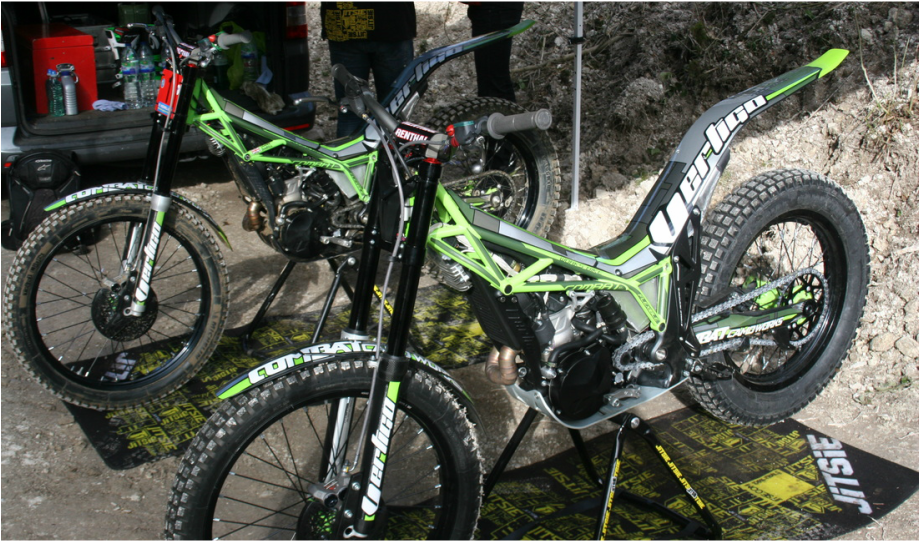 Interview with Vertigo's Manel Jane James Dabill Photo Retrotrials
These photos were taken at the 2nd round at Butser Lime Works near Petersfield, Hampshire where I watched James take the win despite this dab. 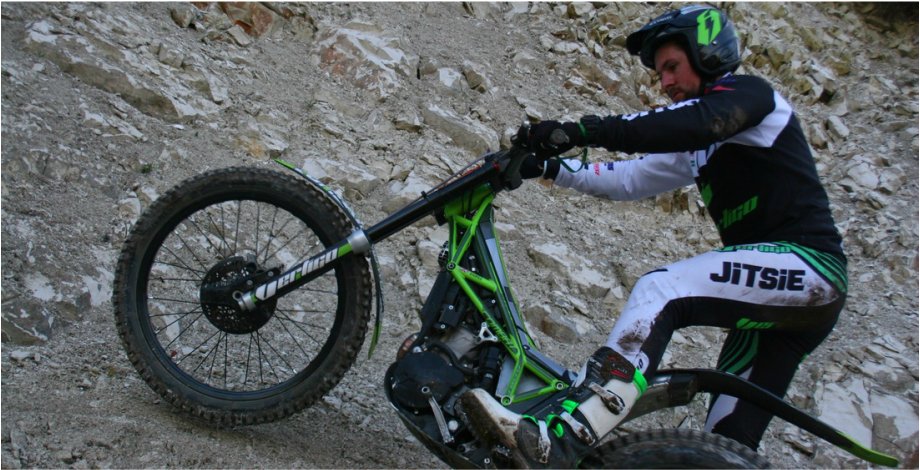 Interview with Vertigo's Manel Jane James Dabill Photo Retrotrials
This was my first look in the flesh at the new bike. It’s clear to see that the new Vertigo Combat that James rides bears no relation to any of its neighbours in the Catalan and Trials World. The work involved and dare I say cost in achieving this individual look and great performance I witnessed must have been immense. For Dougie Lampkin and the Vertigo team to produce a bike first time out and perform as well as it has been, is simply astounding.
Packing up at the end of a successful day. 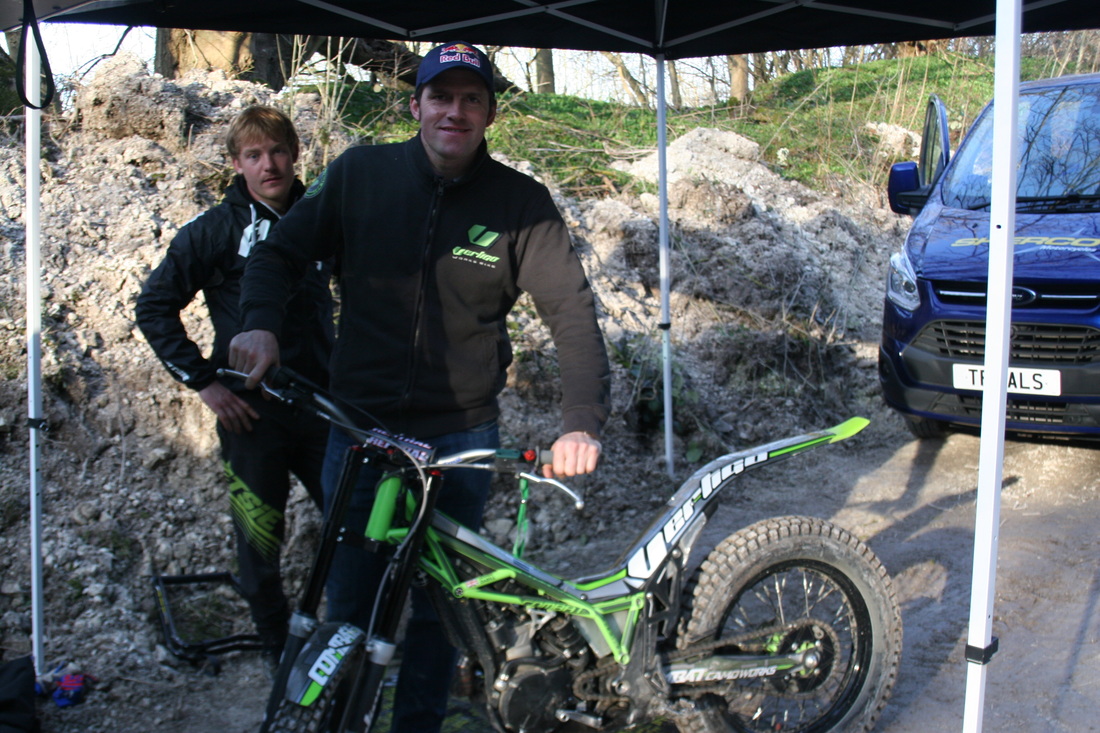 Interview with Vertigo's Manel Jane Photo Retrotrials
A short while later Vertigo then went onto achieve 2nd and  4th place at the Santiagosa 3 day Trial with riders  Dougie
Lampkin and Francesc Moret respectively.
Thank you to Santos Valencia for his help with this article.