Marcelino (Mino) was the first Mecatecno factory rider.
At the end of 1980 a new generation of trials riders were starting to shine. These new riders would beat and replace the old school riders of Albert Juvanteny , Toni Gorgot and Manuel Soler .These new riders included Gallach ,Renales and finally Marcelino Corchs. 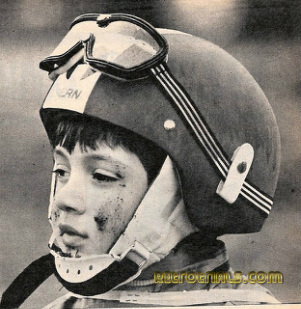 Mino at the start of his motorcycle experience
Marcelino , from the Barcelona area was first noticed on a national level in Spanish trials in 1980 when he rode an SWM.

Mino had achieved success on the SWM and was spotted practicing in an area of Mortorelles in Barcelona in 1981 by Mecatecno owner Jordi Rabassa. Jordi thought "Mino" had great potential at the age of 15 years. At this time Mecatecno had been making childrens motorcycles for 3 years .


Jordi Rabassa was very keen trials rider and SSDT veteran. He had dreams of making a trials motorcycle and eventually starting production. His first motorcycle was a one off Mecatecno prototype. The inspiration for this came from the Fantic 156cc. The Minerelli engine was modified to 180cc. The chassis was a very special one off creation and was fabricated in the workshops of Jordi's home and then test ridden in his rear garden. Mino had just secured junior runner up in the national youth championship and liked the prototype and agreed to ride it. 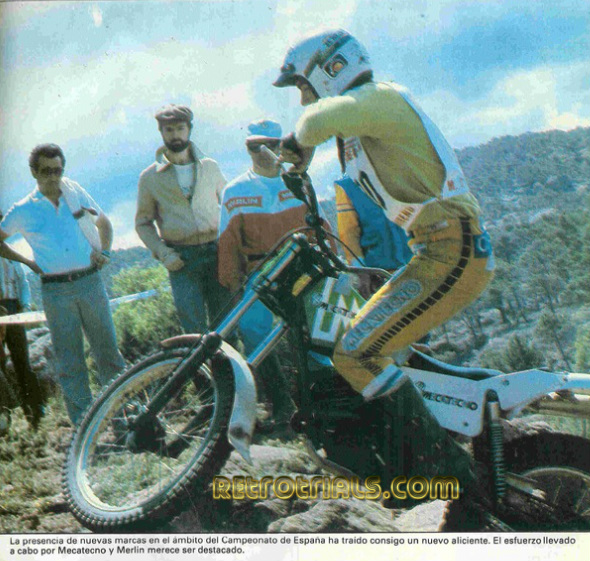 A very rare photo of Mino on the prototype Mecatecno 180cc. 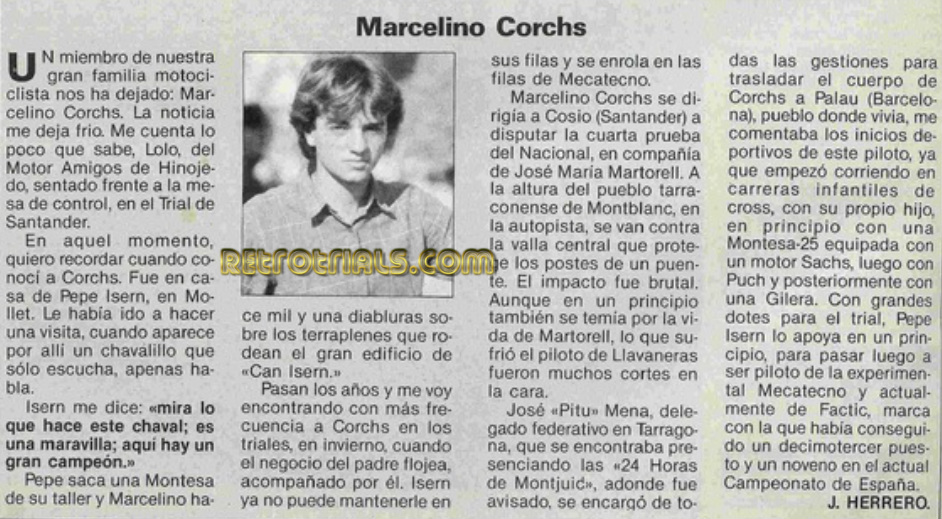 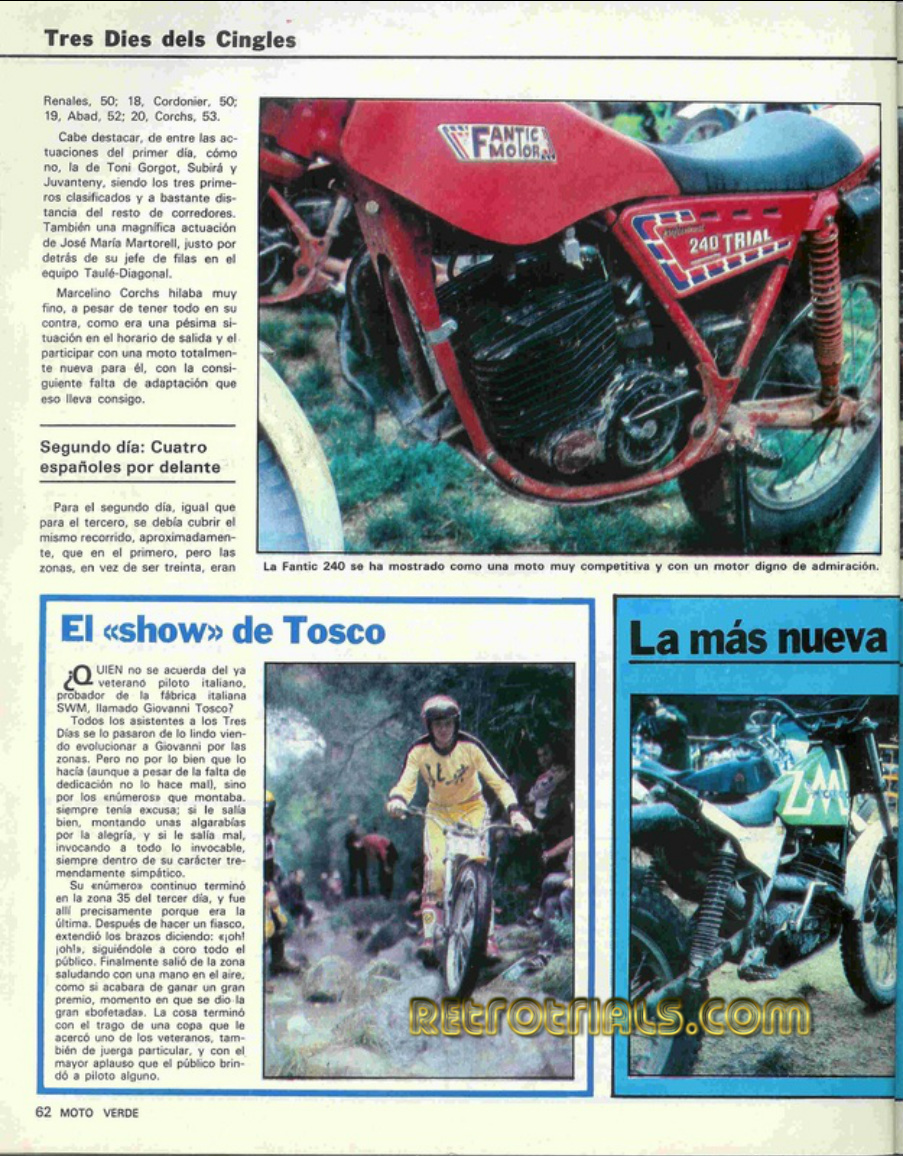 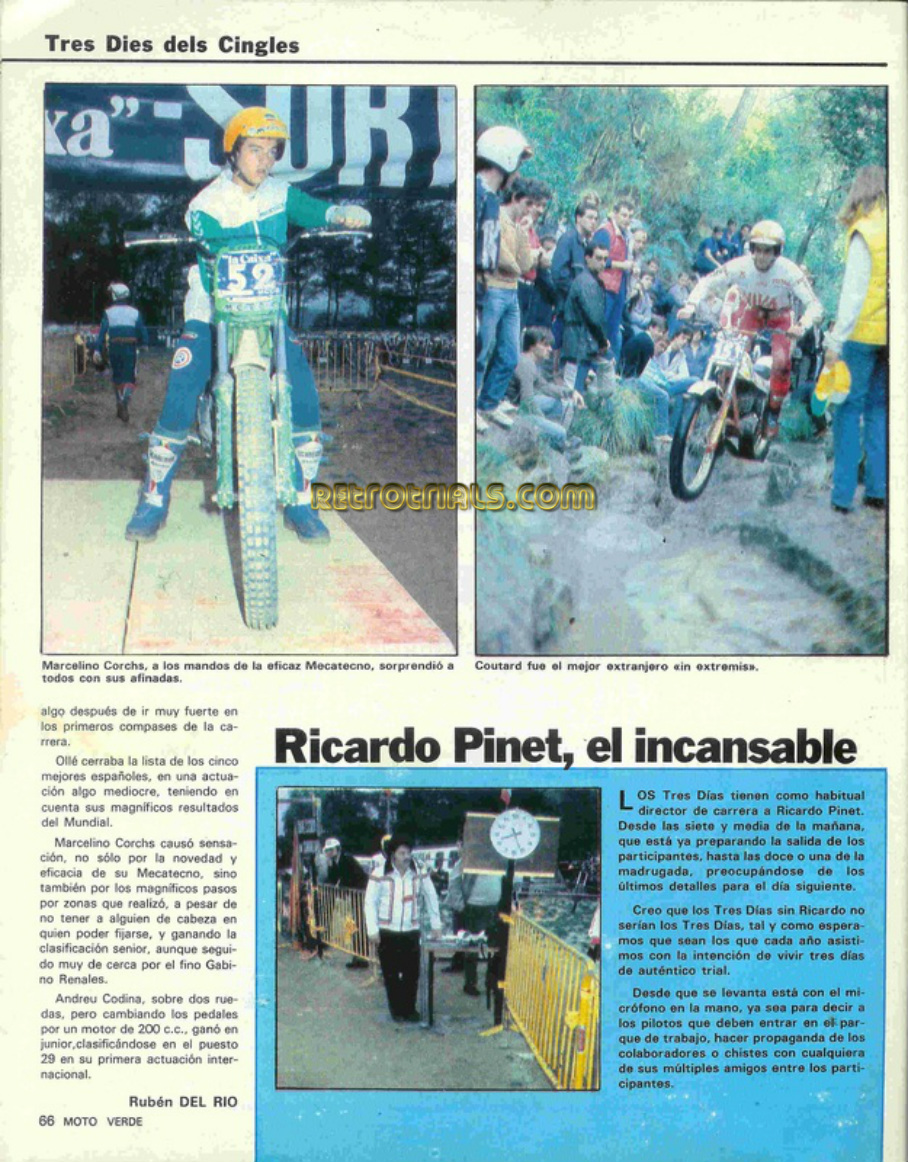 Mino would be riding the senior class on the Mecatecno.In 1981 Mino's first adult champioship year he secure many wins and was nearly always on the podium. He was beaten only by Gallach by one point on the Montesa.  It was a great success for Mino and the Mecatecno. The following year 1982 Mino continued to campaign the Mecatecno , but was not able to beat his three rivals, Estorch , Gallach and Renales. The new Mecatecno was due later in 1982 but there were delays getting the bike right. Mecatecno offered Mino the choice to stay or to leave.
Mino had been offered contracts by Montesa and Derbi , who were also keen to enter the trials market and who had developed a trials prototype as well.At the time trials motorcycles sold well and after Bultaco ,SWM and Ossa had all collapsed , there was money to be made. Mino was suspicious of Derbi's ability to get everything right , but was curious and knew he would be the number one rider . He signed the signed the Derbi contract . Mino started the season and his results were not good. The bike showed Derbi's lack of experience at trials. 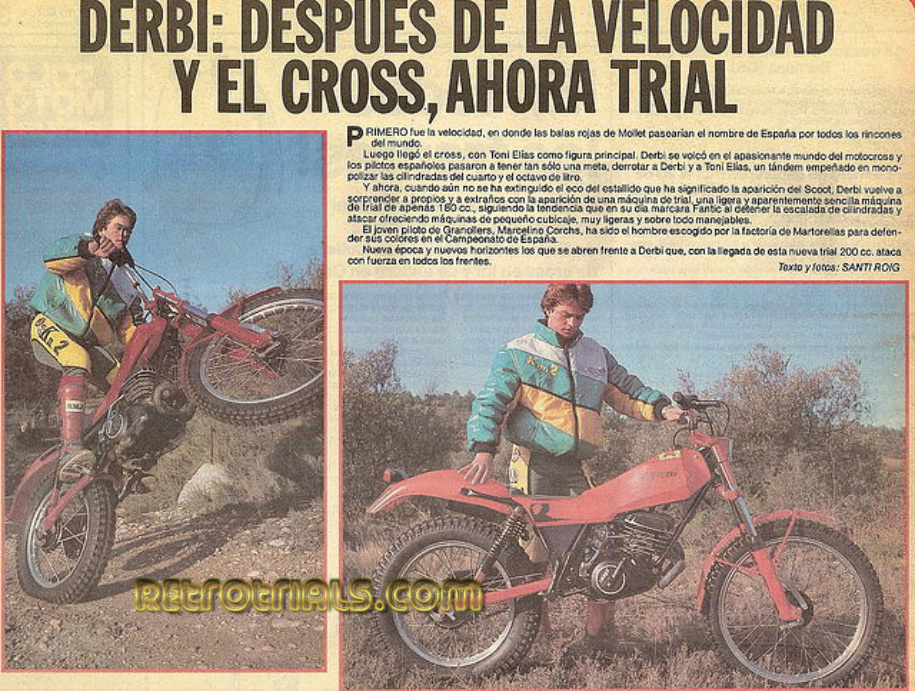 At the end of 1983 Mino signed with Fantic . Mino enjoyed the Fantic and had great results on the 300.

The report for the trial included the sad news 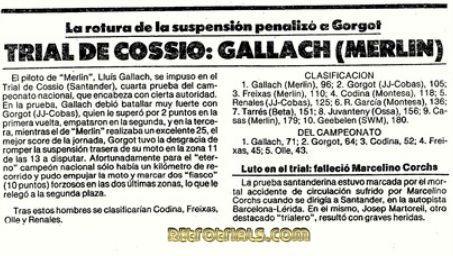