Thank you to the magazines and photographers who have contributed to this article - particularly to the Trials Journal team who those in the know hold in the highest esteem.

Thierry Michaud is without doubt one of the most successful trials riders of all time.

Starting his career on Italian bikes he maintained loyal to this country for his choice of machinery finishing a massively successful career of 12 years on the footrests. During this time he amassed 3 World Trials Championships, 6 French Trials Championships, 3 Scottish Six Day Trial Victories and was a team member at 4 Trial des Nation wins.

From a scooter riding young boy on the sun bleached roads and hills on the Cote d Azur, Thierry, aided by his brother Fred and loyal confidante Adrian Prato grew and conquered the Trials World and whilst doing so captured the imagination and love of a generation of Trials Fans around the World.

Thierry was one of the most formidable riders of the 1980's . He was simply amazing to watch in the sections. His precise confident manner through sections coupled with his incredible bar twitching , leg waving and helmet peak touching balance reaped the rewards. Like all World champions , Thierry had a trick up his sleeve and Thierry's clutch control was his trump card . This was an incredible ability to slip the clutch quickly to control the power and to get the power in early, at the bottom of big hills. This was at a time when most riders stayed away from the left lever and was a huge advantage to Thierry.

Thierry's professional riding career came at a cross over period in Motorcycle Trials. He started riding in a traditional sport where riders of average ability could enter a World championship event and enjoy the day. He left an immensely difficult and increasingly niche elite sport with entries with shrinking rider numbers.His Championship win in 1985 and 1986 would be Worlds apart from his time later in the Trial.Change within sport is normal, however Thierry's career took part in a World wind of huge transformation which peaked in 1987 when Jordi Tarres winning the first of his 7 World Championships took Thierry's beloved the crown and championed sweeping and radical change and the balance of power to Catalonia.

Thierry was just 24 at the start of the 1988 season. He knew he was facing a enemy he couldn't match on many fronts but he adapted and used everything both him and his team could muster to bring home that 3rd championship. The 23 year old Tarres became the victim of Michaud's most formidable asset, his strong relentless character , sole mindedness and dogged determination .Something that has become a hallmark for the Michaud career. Despite being only one year older than Tarres, Michaud had started on the World scene 3 years earlier than Jordi, making him more experienced. Thierry also displayed a character far more experienced that his young adversary. This was too much for the still developing Tarres to cope with and Michaud's mastery of the sport succeeded regaining his number 1 title, at the same time becoming the first World rider to do so in the history of the sport. Whilst Thierry was winning , he was also at this stage developing the Fantic range of Trials motorcycles providing riders around the World with the Fantic 301 ,303, 305 and 309

Thierry's career span downhill after a severe ankle injury during an Indoor Trial in 1990 and this sent his already downward career into a free fall. The ankle mattered, but the career less so. He had already done and conquered it all.

Thierry's fan base is huge and as large as any other but it is however surprisingly silent and bubbles under the surface. Whilst some riders engage with their supporters and fans on open Social platforms or company stages, Thierry, like Lejeune and many others dont feel the need simply getting on with their lives without the camera and publicity. This has to some extent dubbed down and silenced Thierry's supporters making them less visible. Michaud supporters are however everywhere. Their passion for his riding style, his bikes, development history and his success is very strong, but unlike more visible riders there is nothing to tag their admiration to and hence it can wrongly appear that its less so.

From Nationals down to club Trials, the density of a Fantic and SWM is testament partly to Thierry's achievements and also the dream the factory posters sowed in our minds.

In 2012 Thierry was appointed as the FIM Trials Technical Officer placing him once again at the top of the Trials tree. But ...right here, right now this interview doesn't give two hoots about today's version of Trial. Yes we still love it today ....but not quite as much as the Retro days :) . 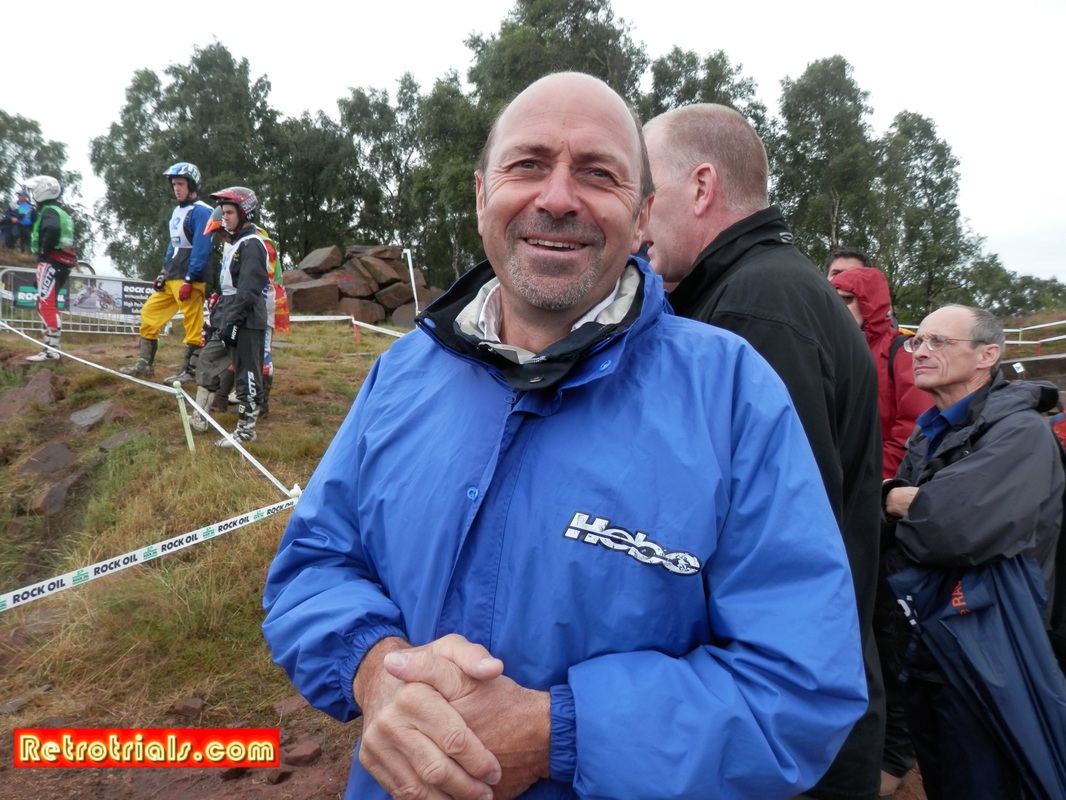 This above list is just a short selection of the more prominent victory's in Thierry's career. There are of course hundreds and hundreds of other National and International wins to his name.
I met Thierry and got this whole interview started in 2013 at the Penrith UK World Trial. I saw him, standing alone watching a section, so I just ran over to him like a kid over to the sweet shop. I introduced myself and Thierry was a great guy to talk with. Very pleasant, easy going, humble and friendly. I was so pleased. I'm sure this isn't the first time that he was approached by a fan, but he didn't let me think otherwise. We had a brief chat and he gave me his contact details. Wow !!. I can't ask for more than that !.
I wasn't at all interested in watching the rider in the section behind :). Thierry is much more my bag.....baby :).

Soooo, I think it was that afternoon that I sent him an email......only joking :).....but it was fairly soon and we figured out a time to speak on the phone. I was desperate to get to Thierry's home to see all of his works SWM's hanging from the wall and him doing the gardening in his Fantic gear but he wasn't having any of it and said he doesn't have journalists to his house. I said "I'm not a journalist ......I'm far worse than that :)". He liked the fact that this was a no income website run by a Retro nut and we fixed a time for the interview. But you see ......there was one thing that Thierry didn't realise.......and that is .....I can go over the top. I can go a little OCD with my questions. You see I like to do these guys justice and this takes time .  The first interview was in 2013 and lasted 2 hours. The 2nd interview was in 2014 and lasted a similar time. I'm very grateful to Thierry for his time. Unless he's planning an autobiography I can't see him giving more details than this.

You see, Retrotrials.com wants to know everything there is to know about the Retro years. The best, most glorious, colourful and glamorous years there has ever been in our wonderful sport. This website wouldn't be anywhere near being complete without an interview with the great man himself.

So, I must say that against the background of Thierry being a very private, quiet and very very busy man I am very proud to have been able to pull this interview off. This is without doubt the most detailed, all encompassing and comprehensive interview you will have every read with Thierry. Thierry is immensely proud of those years on the bike and he talks with real passion in the hours and hours and hours and hours of recorded interview I have with him.

It's a tremendous insight into what many people have told me has been a closed book into the mind of Thierry Michaud.

I hope you enjoy it.

The interview was recorded and has been typed up word for word, so as you read this you must imagine a mature French Accent with a slightly higher pitch talking to you.

SWM Michaud photos are not plentiful. Although I have tried, it just isn't easy to match the year of the photo to the year of the story, so please forgive me. Never the less, I think the photos displayed are superb.

Thierry's words are in black. Retrotrials in blue.
The Interview

Where abouts were you brought up in France ?

I live now where I have always lived. It is difficult to say. I live in the South of France near the mediterranean sea. I live in a place called Hyeres there. It is not so far from San Tropez. It is a good place for wind surfing and the sea and the beach and swimming and for trials sport. 30 years ago it was quite a good place to practice the trial. Now it is much more difficult because there is a lot of houses and many more urban areas. I live in the South of France in the Cote d Azur. 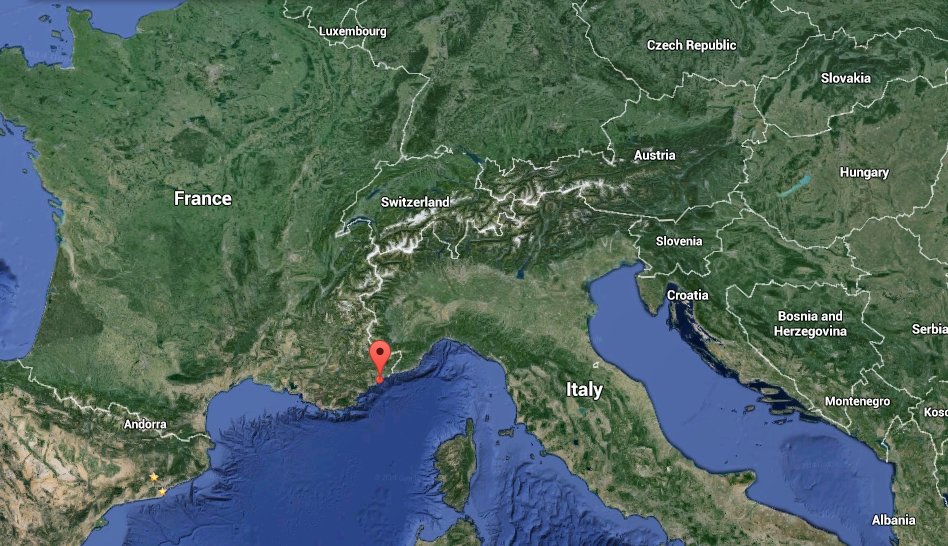 2014 Thierry Michaud interview www.retrotrials.com
Do you live near to your family ?

I live always near my parents house, in the same city. I still live in the same city because anyway I have a job and part of my job is in front of the computer or by phone and I can work from my house. I live with my wife and my 2 daughters.

How many brothers and sister do you have ?

I have one brother who is older than me. What is important to know is that he was riding trials but we were not a trials family. I mean my father did not ride trials , it was just my brother, my older brother who discover this sport when he was 15 years old and when I was 12 years old. Then I discovered trials sport. I was doing the sections in my mind when I was 12 years old. At this time I begin my love with this sport, but may father did not ride.

2014 Thierry Michaud interview www.retrotrials.com
Did your family have any motorcycles ?

﻿Did you ride on the cycle in the trials ?
﻿
No. When I was young it was not a trial bike that i had , it was just a very heavy bad bicycle and I was riding my bicycle but this was not nice to ride. It was not the nice bicycle we have now. I come from a football player to a trials motorcycle rider. I changed the sport in a few months.