Thank you to the Catalan boss, Laia, Josep and Santos for their great help with this.
The name Salvador Garcia is very widely known within the Trials community of Catalonia and Spain. Further afield around the World his name is known less, however his face will be recognizable to thousands of trials fans as the minder to the great riders Jordi Tarres, Marc Colomer and Amos Bilbao. But there is more ...much more.

There has not been another minder in the history of the sport who has been in such demand from the top riders.

Minders are now an intrinsic part of the sport of Trial, but it wasn't always this way. In the 1970's and early 1980's minders just weren't as necessary as they are now and the phrase minder didn't even exist. During these early years riders were accompanied on the sections circuits by team mates who had entered the Trial as competitors, but whose single most important purpose was to provide assistance to their colleague who they would be supporting. They would carry a spare set of handlebars, levers, an inner tube and tools that would be used in any necessary event. As machines and riding techniques grew more advanced and Trials and training sections responded by becoming more severe, riders soon realised that they needed a "catcher".

And so the role of tool carrier / bagman developed to the minders we see today.

In the World of Retrotrials there is no greater minder that Salvador Garcia. Salva, as he is known to his friends started his noteable involvement within the trials industry as one of the first factory riders for Mecatecno, teamed with Ronald Garcia. He later rode Fantic with the Spanish importer team Subira. Salva would ride the Spanish and Catalan Championship as well as the European rounds of the World Championship on both marques. Despite his talent and hard work his skills were overshadowed by greater riders.
This is one of Salva's favourite photos from his collection. It shows the 3 riders he spent so much time with and enjoyed such good times with. 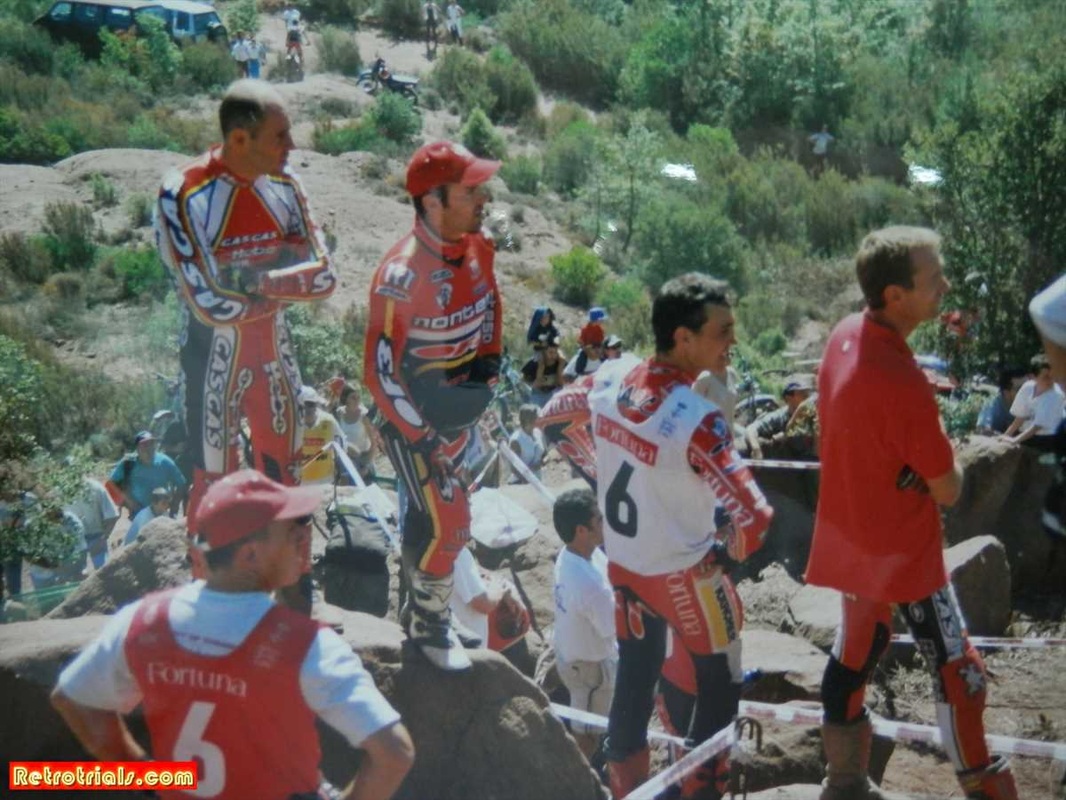 Exclusive interview with Salva Garcia - Minder to Tarres, Colomer and Bilbao www.retrotrials.com
Salva's time in Trial was still to come. His real quality lie in being a minder to the top riders.

For me he is a huge important figure in the patchwork of Retrotrials. Salva is a man who sews together the old and the newer generations of Retrotrials. His connection with Mecatecno obviously set my pulse alight and then his work, behind the scenes with the top RetroTrials stars as minder blew my blood pressure through the roof.

Through some friendly contacts in Spain I was able to make contact with Salva  .....and thankfully he was very happy to tell his story.
Josep and I visited Salva and his family at his home, which incidentally is near to Manuel Jane's pram factory, which is where Salva's wife worked previously. We arrived a little late because my sat navigation took me off roading around the edges of fields and through deep water holes. His address was also difficult to find......but only for me I'm sure.

Parking my now filthy hire car and walking up the driveway, pushing the intercom, we were still not certain if we had the correct house. Little did I know that I was embarking on the most challenging EVER interview project Retrotrials.com could ever envisage.
​
The door opened and the unmistakable face and warm cheeky smile of Salvador Garcia appeared. Salva is a really friendly smiley guy.

Salva invited us in and we had a strong cup of Marcilla coffee (made locally in Mollet and which is without doubt the best coffee I have tasted).
With fingers like sausages and hands like shovels Salva is a safe pair of hands. This guy knows how to catch a bike.
In the first few minutes of conversation it immediately became apparent what all the fuss was about. It became clear to me why Jordi Tarres and Marc Colomer had been beating the door down to sign this guy up and employ Salva as their minder.

Salva is a very friendly, joking, smiling generous guy who is very charismatic ..............  but there is more......there has to be. Why was he wanted by the Trials stars and not someone else ?

It is because Salva calmly exudes reassuring confidence that you do not see every day in people. Let me try and put it into words.
If you had lost your job .... and missed your mortgage payment and the bailiffs had been at your door the night before.......you could sit down with Salva and explain your problems. Salva ......would sort you out a plan.....one that worked .....and that night you'd go back home and get some sleep knowing that Salva's got your back....he's covering you.

And this is what happened in the World of Trial ...in each section. When Salva was at the top of a step with his arm out to catch your front wheel if you fell ...you know he wouldn't miss. If you fived the first 3 sections in an important trial, Salva would be thinking about you, about your mind, your thoughts ....and he would take you away alone and talk to you and remind you of who you are, how good you are .......and how good you are going to be ......and that these 5's are nothing ! .....and that the other riders have had the same problems ..... and that the next sections are perfect for you.

You see ? He is reassuring, dependable .....the riders rock. This is Salva's special quality . I could see this in the time I was with him.

Sooo ....... read the inside story from one of the greatest minders in the history of Trials and of course the Mecatecno MR326 factory rider.
Once again meet the great and loveable Salva Garcia. The last time you might of heard of him was in the late 1990's. As you will discover he is still today very much part of the Spanish Trials scene. 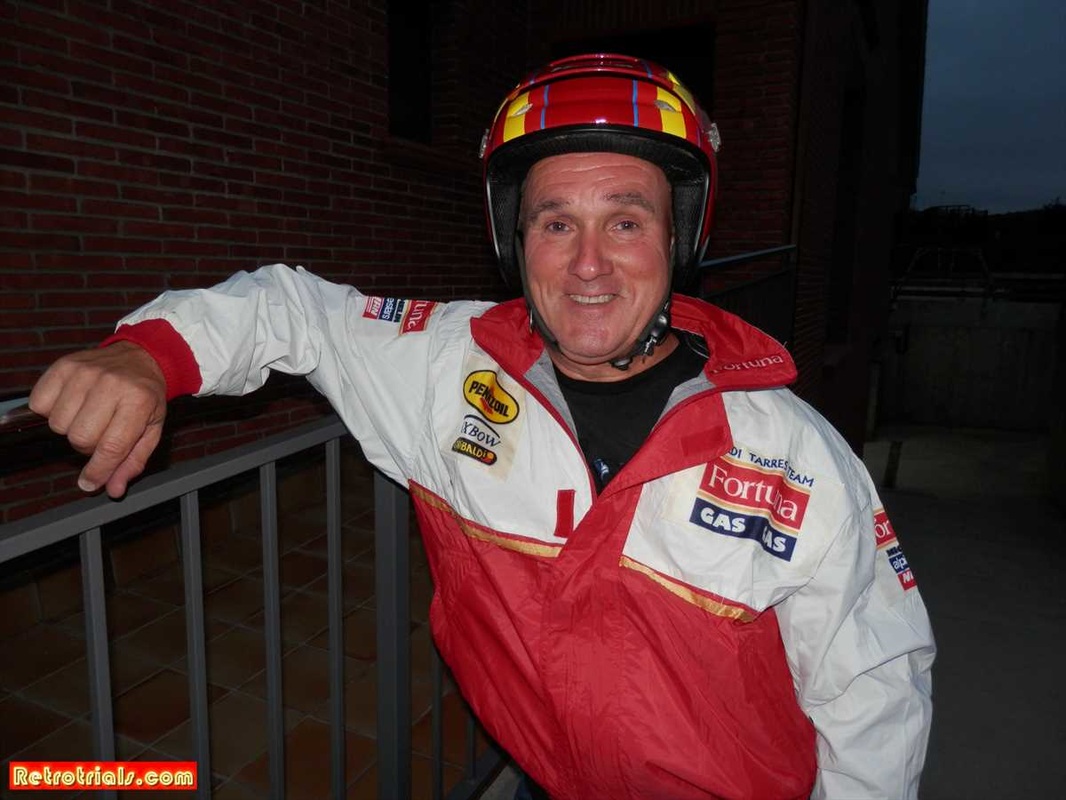