Thank you to Josep Argerich , Santos Valencia  as  well as Ignacio Bulto for their help in the making of this report.
Both Josep and Santos are ultra keen Merlin Enthusiasts like myself  . Josep has every model of Merlin. Santos's has a growing Merlin collection and impressive stash of memorabilia . His father actually built the later Merlin chassis at Vasan .

The small team of Retrotrials have been seeking to get access to this building for years and years .

​If you can read...here is the interesting bit ....
The 4 times Spanish Trials champion didn’t really want to ride trials at all as he enjoyed the speed of motocross far more. However at the request of his father Francisco Bulto , who was the founder and owner of Bultaco , Ignacio was persuaded to ride Trials. Ignacio naturally always rode for the family marque Bultaco.
But , as they say …all good things come to an end. After the death of Francisco Franco the fascist dictator and king of Spain in 1975  , the socialist movement  saw a power vacuum and campaigned actively , inspiring workers to strike , for better pay ,better conditions and a better way of life. 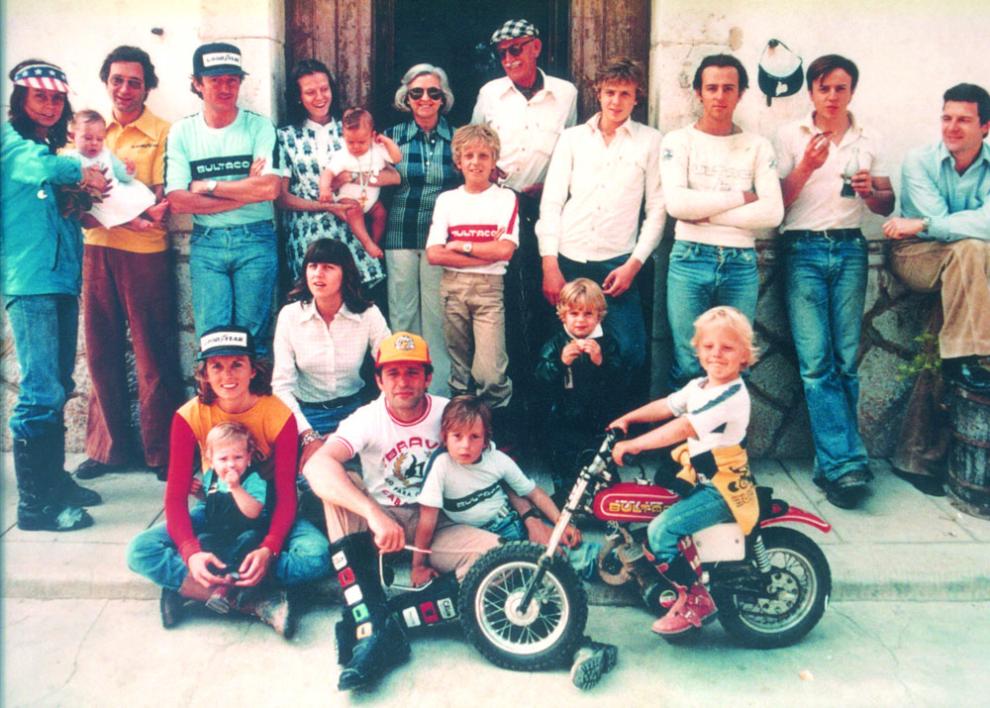 Never seen before - photo tour of visit the ​1st Merlin factory www.retrotrials.com
The Bulto family together in this terrific photo by the front door of the family home Masia San Antonio.
What a lot of young ones :). The grinning boy on the Chispa cant fail to make you smile.
They hay days of Bultaco lay in the 1970’s which is often referred to as the golden era of trial. A time when competition at a high level was possible for huge number of riders  , when spectators turned out in their hundreds and thousands for national events and when bikes were strong and durable and offered at a good price.
The only Sherpa i have ever owned . ......Does that make me bad ? :).
The model 159 350cc Manuel Soler.
This was purchased from Domingo Gris , the 3 times Spanish motocross champion who was given this bike as a late well done present by the Bultaco factory for providing them with the 3 wins. 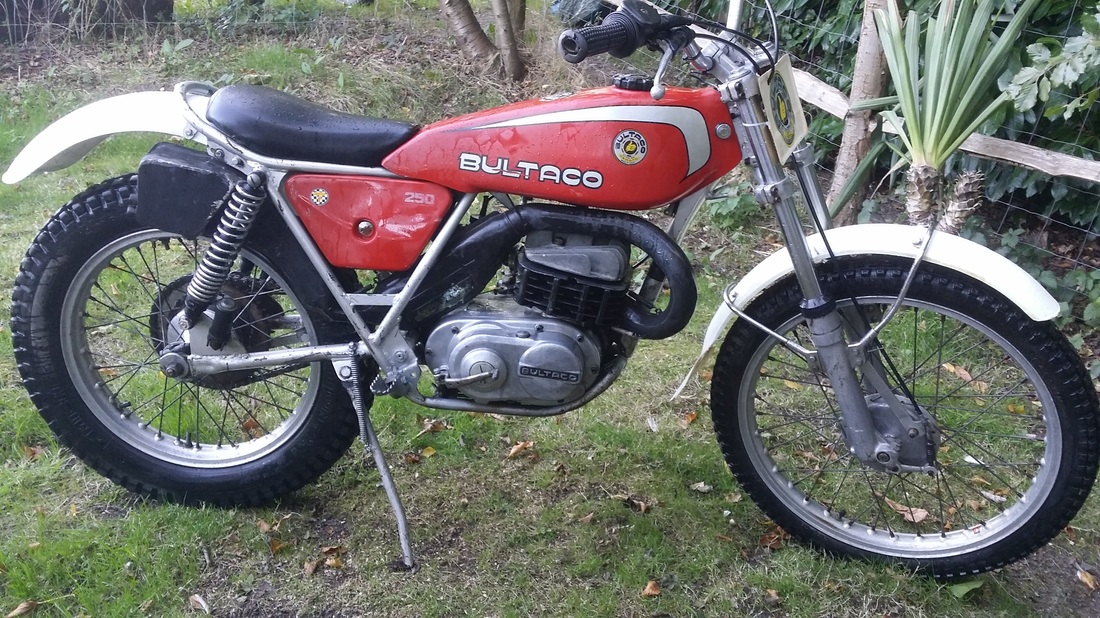 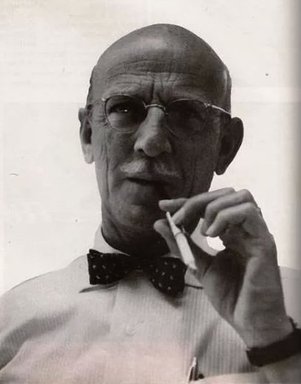 Never seen before - photo tour of visit the ​1st Merlin factory www.retrotrials.com
Bultaco was a company that was championed by Franco as being a wonderful example of a successful flourishing profitable business in Spain , however this popularity with the dead King did not go down well with the new Socialists who were doing thier best to fill the vacuum of power .Now Bultaco had become a targeted enemy of the Socialist campaign.The company had grown larger than Paco had wanted with 550 staff and low productivity . It was also impossible to break the contract with its workers to reduce costs . Strike after strike in the late 1970’s by the workers , uncompromising Unions and Politicians was complicated by the illness of Paco himself who was unable to closely manage the business in the way that he wanted. This all conspired and brought the company to its knees ……and finally …..the factory shut its doors in 1979 . Production was started again in 1980 but the companies largest market the USA , was moving on as Japanese motorcycles had come into fashion and taken a huge market share. Bultaco was approached by  Honda BMW Suzuki and Yamaha but the management (Paco at home ill) By 1983 Bultaco had shut its doors for the last time.

Francisco , disappointed with the loss of his beloved company sold some assets to pay debts and retired to the family home San Antonio ….but what for Ignacio ?

He had to work. There was no choice there.
Ignacio did 2 things .

1 - He wrote for Spanish motorcycle magazines for 5 years.
+
2 - Ignacio’s business was motorcycles ….this was what he knew. Bultaco had gone , along with Ossa in 1982 . Montesa were also on their knees and production there had slowed at a crawl caused by some of the same economic conditions. Ignacio had already been operating a factory form many years manufacturing the handlebars for the Bultaco motorcycles. He employed a mechanic called Daniel Rodreguez in this factory. Daniel owned the factory itself  and had been one of the race mechanics of Ignacio . The workshop was in Villanova , about 30 minutes south of Barcelona.

Ignacio recognised an opportunity and spoke with his business friends  Jonny Regas , his brother in law Pere Arpa and another two friends  Lluis Planas and Alec Andrew . They decided that they would make childrens motorcycles from the same premises. To this day , the Spanish motorcycle companies have spoken with regard the childrens motorcycle market  as a good constant return on the investment.

The founders of Merlin . L to R. Ignacio Bulto, Pedro Arpa, Juan Regas and Lluis Planas
Its taken me 3 years to find this place. Sure ...i have eaten eaten as well.....but imagine a barefooted Englishman knocking on every door in Villanova .....and you'll have it about right. 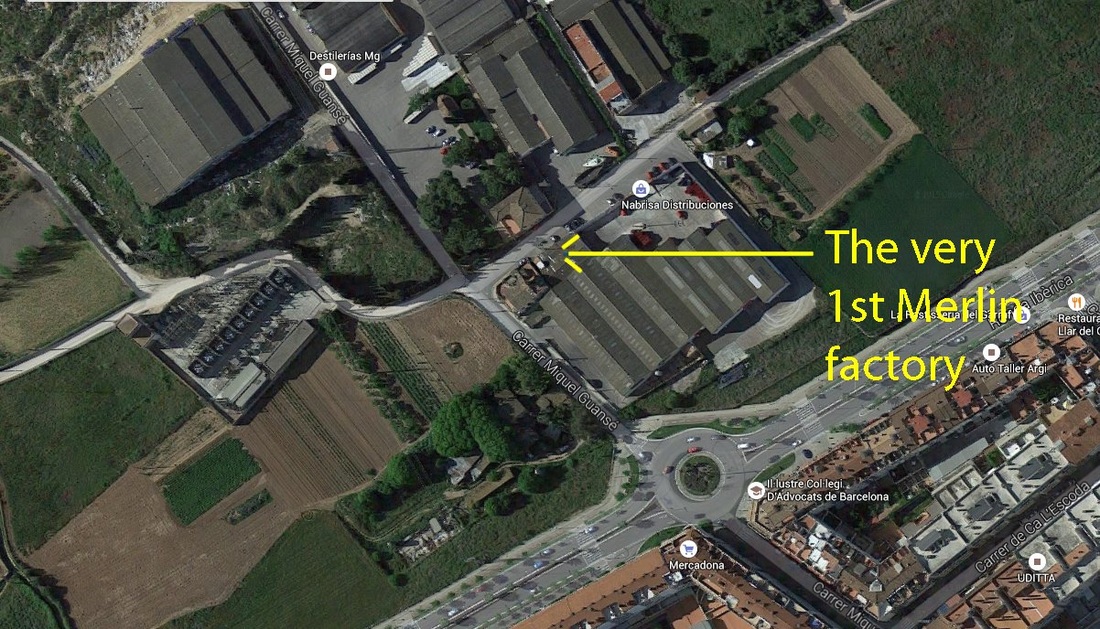 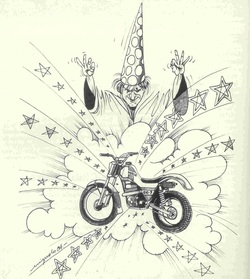 Never seen before - photo tour of visit the 1st Merlin factory www.retrotrials.com
The company set about the design of their first motorcycle , the Merlin DG1. Jonny Regas took care of the paperwork , whilst Pere Arpa provided the investment.
Merlin started producing children motorcycle in 1979 at the small Villanova factory. Then in 1983 after 3 very popular models  the company moved to a much larger factory in Fornells de la Selva . These premises were owned by Pere Arpa who rented them to Merlin. It was immediately at these premises that Merlin started the production of the 1983 DG350 adult Trials bike , a machine designed by Ignacio , but one that was tuned by the Torello based Bultaco tuner with a growing reputation , named Josep Paxau.


The Merlin name was conceived simply to appeal to children, because of its association with fun and magic.
Retrotrials.com interviewed Ignacio in length about his life . What he has to say is very interesting. When you combine this interview with the other Bultaco , Merlin and Montesa based interviews you get a very rounded informed picture of the industry scene at the time .....not just official glossy stories that have been published for years. I will place a link to this Ignacio  interview at the end of this report , but as i say ...you must read them all .....then you have the knowledge.

Here Ignacio with the Merlin DG1 alongside his brother Alvaro.  This is the first ever Merlin logo alongside some Merlin leather gloves owned by Ignacio.