The Desafio was a Spanish National youth Championship established and sponsored by Mecatecno. This championship produced some top riders who went on to be professionals and World Champions including Adam Raga . Adam started off on a Mecatecno Dragonfly schoolboy.
Mecatecno had a good presence at these trials .Although a rider could enter on any machine ,if you weren't on a Mecatecno you looked the odd one out .The Mecatecno Dragonfly machines sold very well. 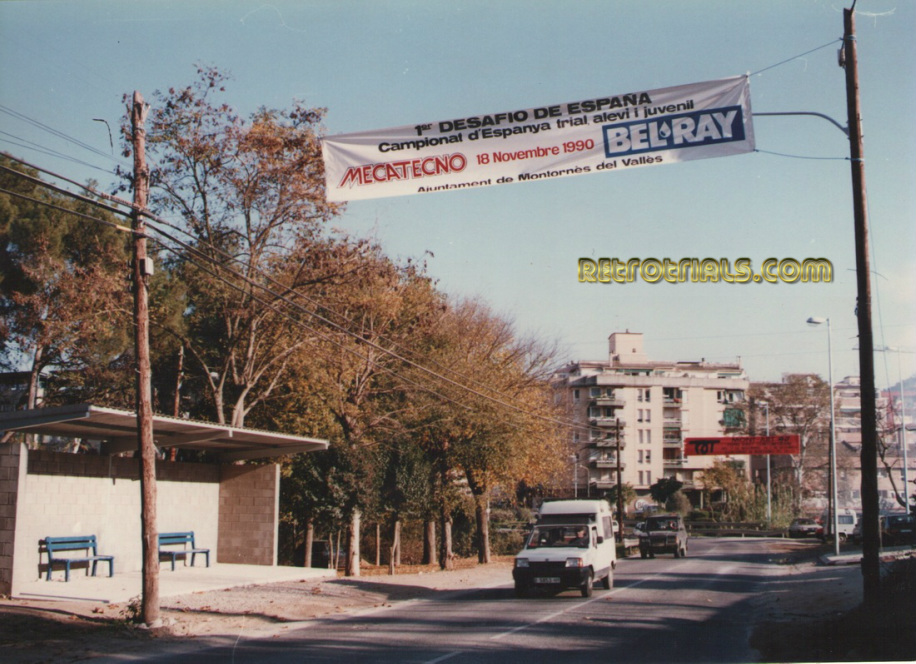 Mecatecno have come to town !
Below is a very rare photo of Mecatecno owner Jordi Rabasa (on the left )presenting the trophies at the end of the days school boy competition.
Jordi is very proud of Mecatecno's contribution in developing the next generation of trials riders , including Adam Raga and Ot Pi.
Rabasa on the left , standing next to star Lluis Gallach.
Sitting down is Ricardo Pinet, the secretary of the meeting and the boss of the club organising the trial.


The boy standing on the top podium is trial cycle legend Ot PI. He is the son Pere Pi.
Pere Pi was the hugely successful Derbi and Montesa motocross and trials rider. He was also in charge of the design department at Montesa and designed all of the Montesa Cota models
Ricardo Pinet the man sitting down was the opganiser of the event. He sadly died in the summer of 2010 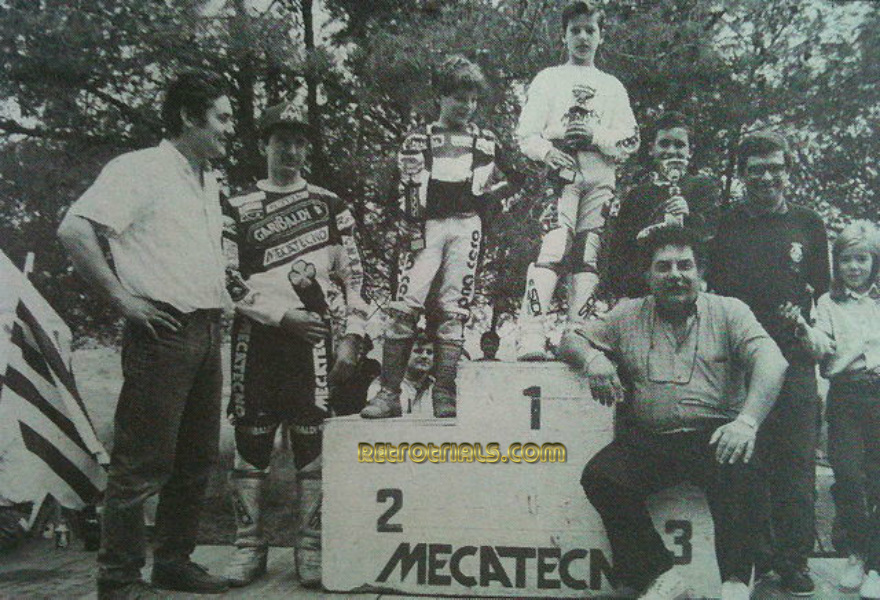 The childrens award ceremony. Jordi Rabasa on the left , standing next to star Lluis Gallach. Sitting down is Ricardo Pinet, the director of the competition and the boss of the Moto Club organizer 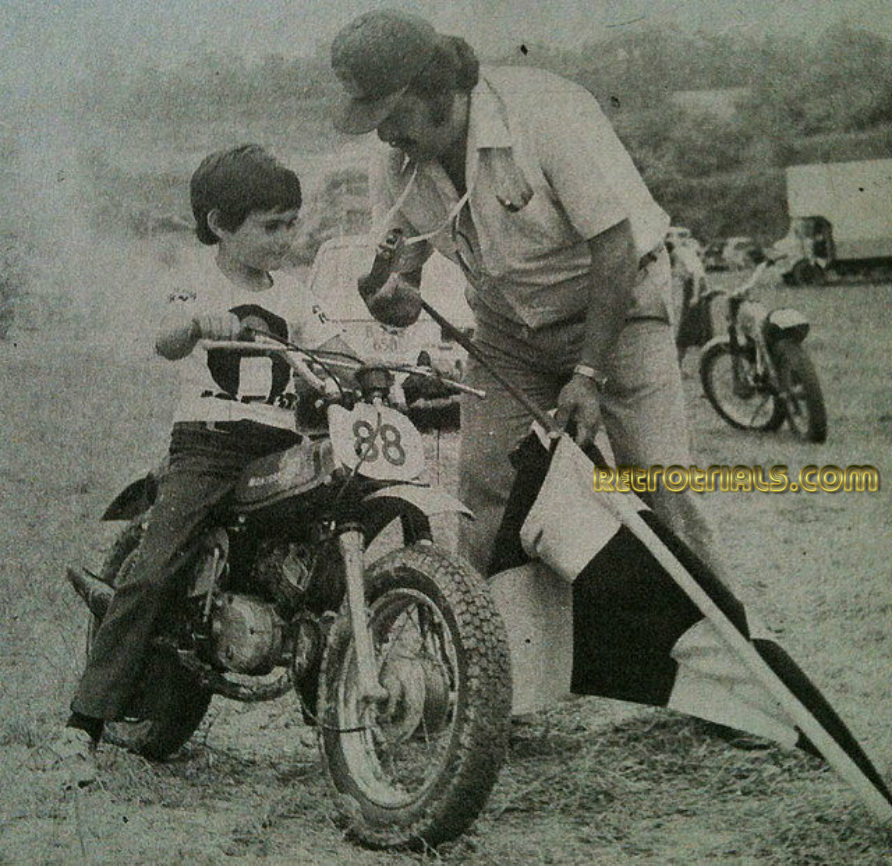 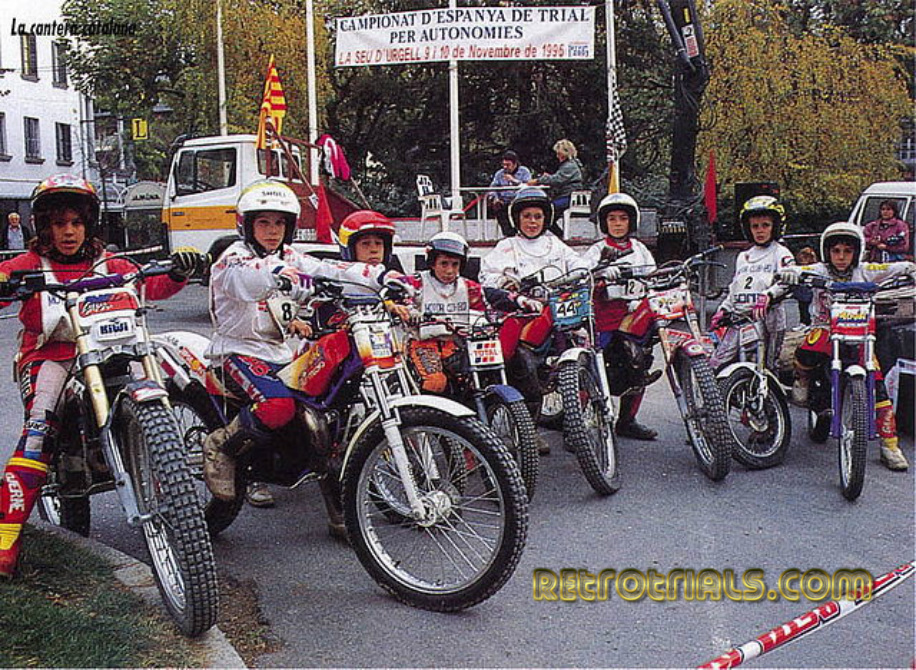 This picture was taken in 1995 and features a schoolboy rider line up of nearly all Mecatecno Alevins and Dragonflys. If you werent on a Mecatecno , you were the off one out 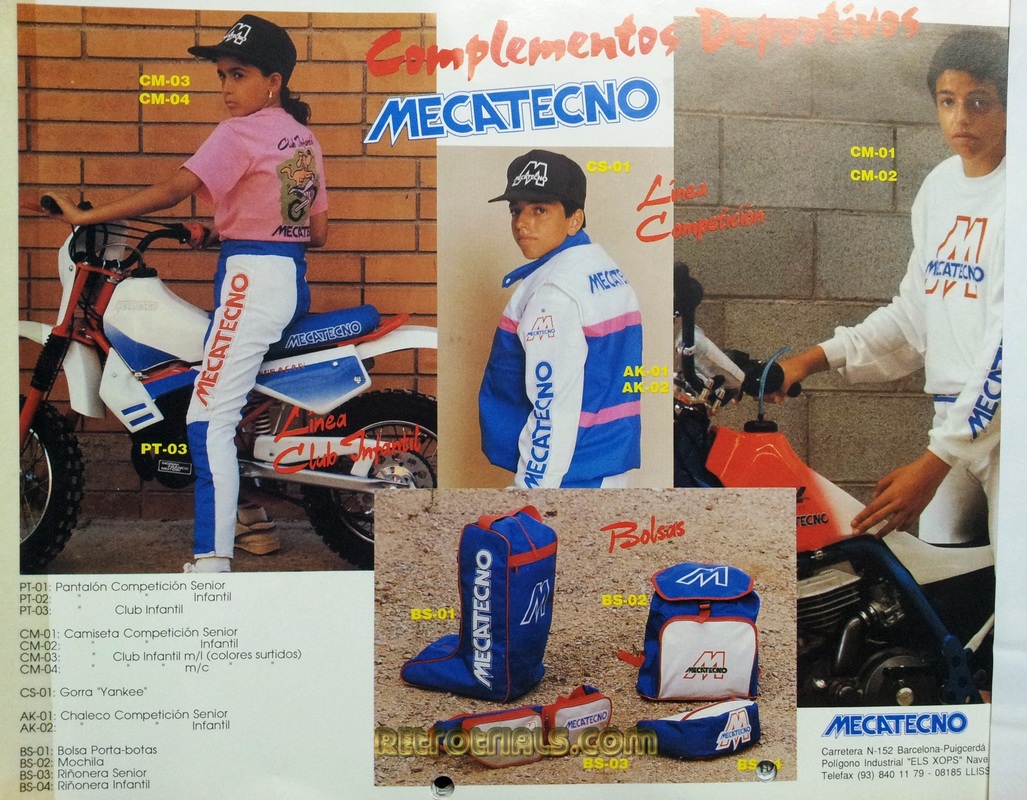