I can almost hear you saying - "Who is Albert Callis ?'. I thought the same, so I can fully understand. He is a little gem so please let me explain.

Albert, through no intention of his own, was almost perfectly invisible. He does not pop up in Google searches (until now). He is one of the men within the close knit Catalan trials family who was fully involved in the sport, in a number of interesting roles, some of which will surprise you. 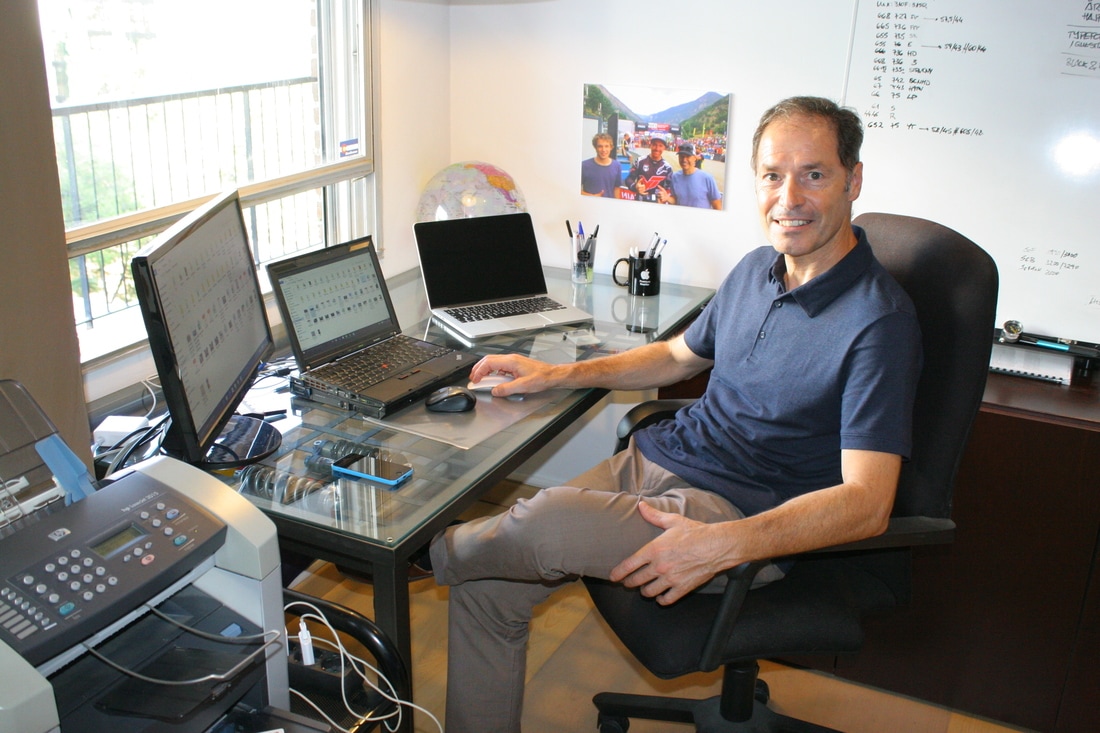 An Interview with Trials insider Albert Callis ​www.retrotrials.com
Some keen admirers and spectators of trial may have noticed Albert. He was fully involved in the trials industry, but a behind the scenes operator, known to journalists, trade insiders, riders and their families only. The Catalan trials family certainly all know Albert Callis very well. On my travels to meet the many people for this web, his face has appeared in the private photo collections of the top riders and mechanics. He has also inadvertently appeared in the background of many magazine photos. However, I think, that unless you have a keen eye, the majority of trials fans outside of Catalunya will have not have noticed Albert.
Do you recognise Albert Callis ? He is photoed here with Josep Paxau preparing the bike of Gabino Renales at the 1987 Austrian World Trial. 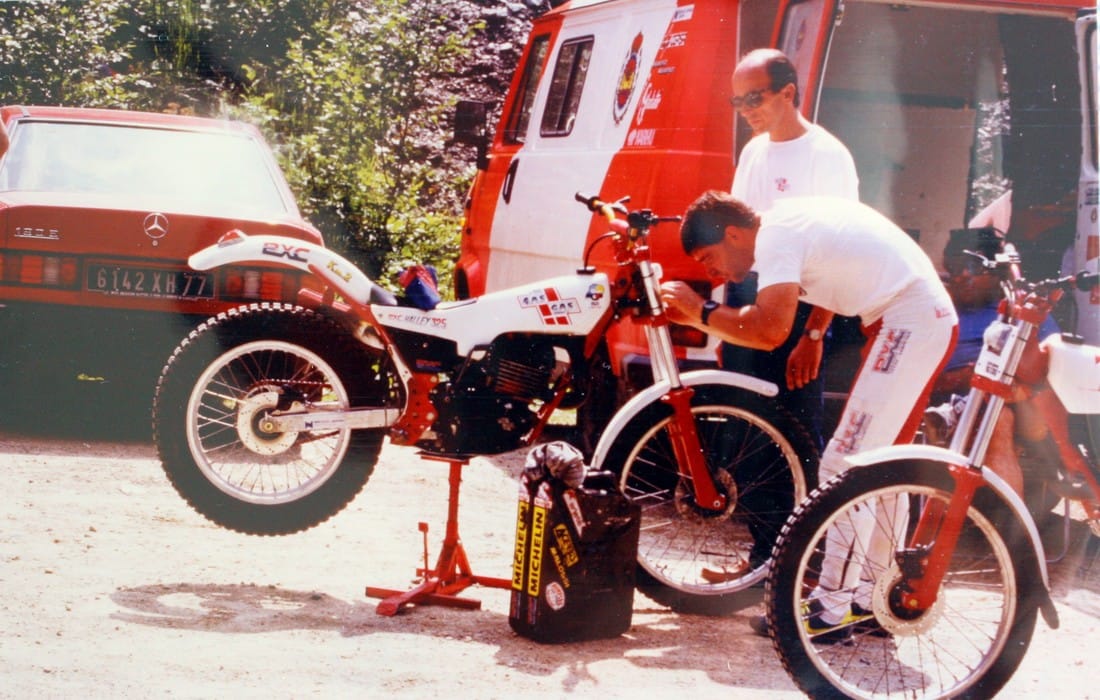 An Interview with Trials insider Albert Callis ​www.retrotrials.com
Albert for some part, worked behind the scenes in a role you'll be surprised even existed. For those interested in Retro trials and the industry, building the bikes, it provides a fascinating insight. Further still his story unconciously and with the information gathered by Retrotrials.com, goes a significant way into explaining one of the the core reasons why the original GasGas company collapsed. 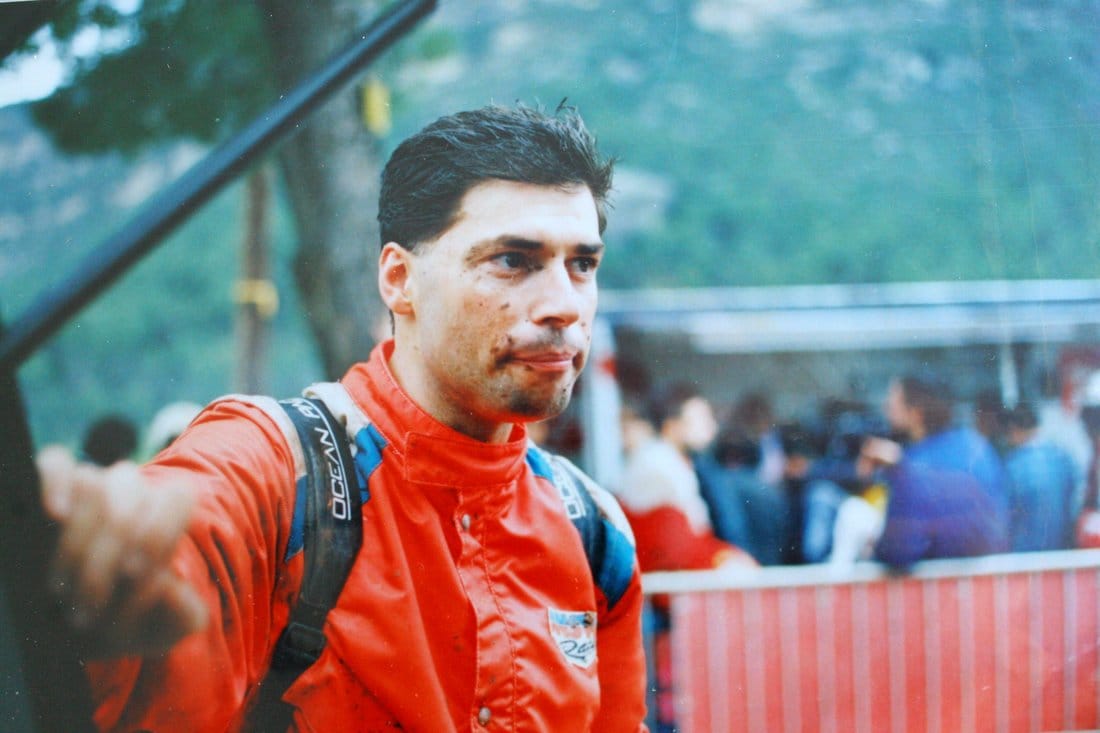 An Interview with Trials insider Albert Callis ​www.retrotrials.com
In addition to his more secret roles, Albert was a test pilot at the infamous Paxau workshop helping to develop the first GasGas and subsequent models. Albert was also the 1985 minder for Luis Gallach. The team manager and minder for GasGas' s first rider Gabino Renales, as well as the 1989 minder for Eddy Lejeune.

Albert caught my attention a few years ago, purely and simply because his face would appear in so many of the 1980's trials photos and yet I knew nothing about him.  Albert's face consistently appeared on the World Trials scene from the mid 80's to the early 90's, as you will see in the many forthcoming photos. Many years have passed though and on making several enquiries about this "face in the photos" I only every got a one line response and never an explanation that went anywhere near answering my questions.
Albert holding court with Angel Garcia, Jon Pons, Cesar Panicot and Pere Cam.

An Interview with Trials insider Albert Callis ​www.retrotrials.com
In fact, I came to terms with the thought that Albert worked for the Spanish Federation and assisted young riders with trials organisation and transport. But, this wasn't confirmed by anyone and didn't really sit right, because Federation staff wear blue jackets and certainly don't dress in full trials livery for a certain marque, do they.
​
It was all quite strange, but one thing is for sure, I was going to find out. The worm in my head was going to make sure of that.
After more and more enquiries which went on for months I finally tracked Albert down and secured an appointment to meet him at his apartment in Barcelona. At this point I still had NO idea really what he did and I was travelling there on spec, entirely based upon my intrigue and desire to find out more !
​The 1987 Spanish Trial Des Nations line up at Finland.
Riders - Gallach, Tarres, Renales and Codina
Management / coach - Olle, Bilbao (went for the experience) and Callis. 2 photos, the same time and place. Why ? One photo for the Spanish market and another for the sponsors.
Time for the interview
Page 2