Fransico Almirall and FAMOTO the company behind Alfer were a small operation. They were not in a position to spend a hundred thousand pounds changing the motorcycle radically with new technology. Instead Franciso wanted a competitive motorcycle that was reliable . He didn't want to push the boundaries only to find the ensuing warranty claims from new technology going wrong
Francisco took calculated risks.
By the time of designing and then releasing the Alfer 1989 TX300 Trials machine , the World of trials had march onwards and changed dramatically.Beta and GasGas were both selling watercooled Trials machines.
Other Manufacturers had released water cooled machines and after initial skepticism by the public , the idea or water cooling was adopted as being the future of the trials engine. The Alfer was air cooled.
In the TX300 Alfer had provided a rare,solid , quality and alternative machine to the market but it didnt shake the market.

Francisco commissioned engineer San Cugat based engineer Martin Clerch to develop a watercooled engine for the TX301 which was to be unveiled in 1993 at the Barcelona motorcycle show.This was a bold move by the small manufacturer , however they had in the past had so many engine supply problems that a decison was made to build 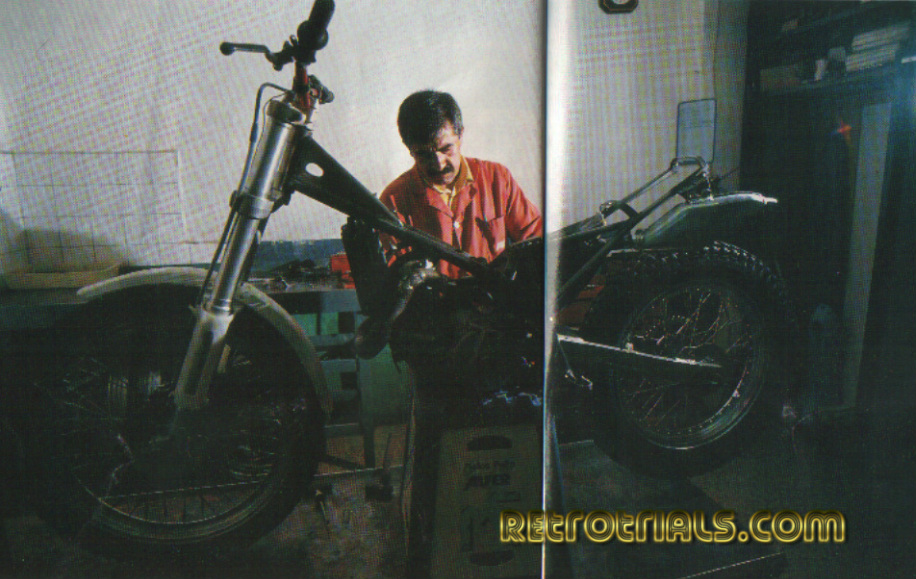 Albery juvanty working on the new 1993 Tx301 Alfer chassis
Clerch set on working on making the new engine. Francisco the owner of Alfer has stated however that Clerch was wanted to much innovation and wanted to do lots of research surrounding different engine concepts.One of these ideas was an electric water pump to circulate the water in the cooling system.Weeks then turned into months and Francisco was paying the bill.

At one meeting Clerch was asked when the engine would be ready. Clerch is said to reply to Francisco "It will be ready when it is ready".
Francisco knew that he couldnt keep spending out money . Business needs a timescale. As he could not do business with this approach he immediately stopped the watercooled engine project.
They were facing the watercooled competition from different manufacturers and it was unlikely that sales would increase of the existing Alfer air cooled model.
After this was all weighed up the building of all Alfer trial bike was stopped.

This watercooled Alfer was designed to replace the aircooled model which had been produced in small number for 2 years.Unfortunately the model never went into production and Alfer pulled out of Trials.

These are the only photographs of the the TX301. 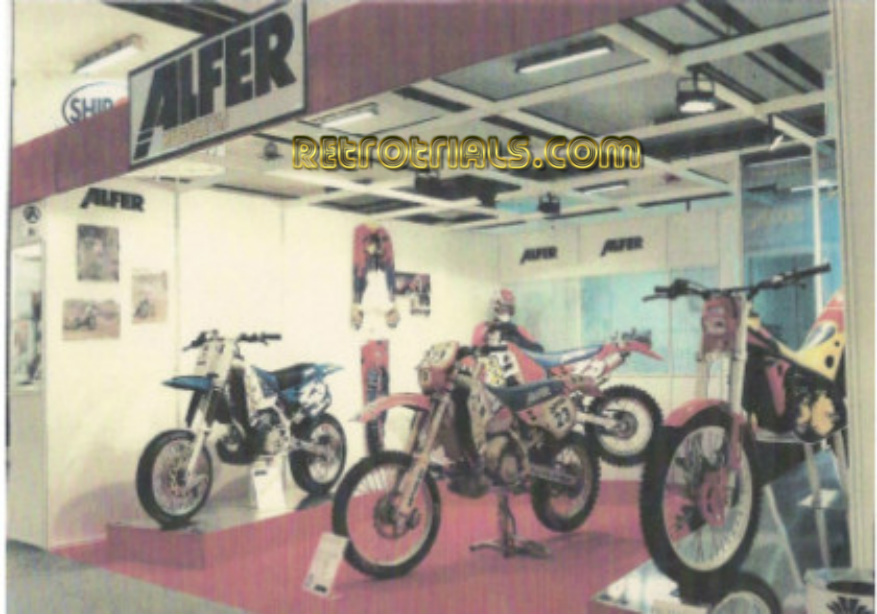 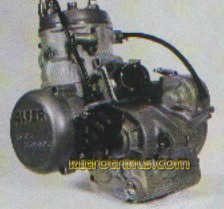 Alfers watercooled motocross engine with interchangeable barrels and gearbox components.
Martin Clerch is a successful engineer who also works in the oil business. He has spent many years pushing the boundaries.To keep up with the competition ,Alfer's subcontracted engineer Martin Clerch also developed a watercooled engine which could be adapted with different cranks , barrells and gearboxes to be used in both Trials ,Enduro and motocross motorcycles. 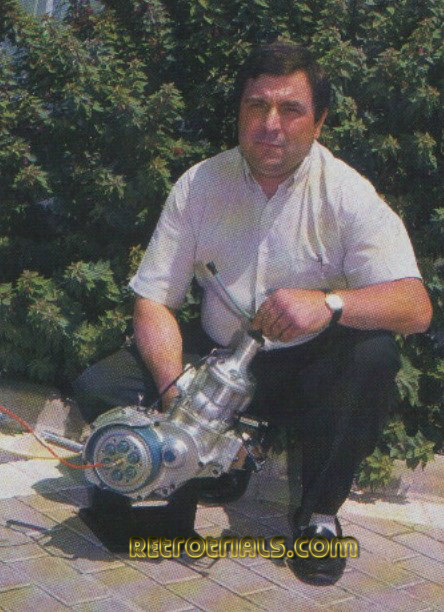 Martin Clerch with his latest engine. Very advanced. When i discover more about it ,you will be the first to know Once i have deciphered the tech sheet i have i will update this page