alfer . the company and the trials bikes

The Alfer emblem
Alfer was a manufacturer of motorcycles based in Barcelona, Spain. Whilst they were a relatively small company they produced 3-4000 motorcycles which were mainly enduro and motocross models.
The company enjoyed great success in Enduro and secured a number of Enduro Championships.

In 1989 Alfer decided to build their own trials motorcycle and formed a collaboration between the Alfer owner Francisco Almirall and Albert Juvanteny. Francisco Almirall is a wealthy businessman from Barcelona who earnt his fortune in ceramics. Albert Juvanteny was the 1981 Ossa Champion of Spain. Albert was only involved in the design and construction of Alfer's 1 and only Trials model, the TX300. This was unveiled at the Barcelona Motor show in December 1988. The TX300 continued being hand made in very small numbers for 2 years.
The 1989 model had green and white decals.
Alterations to the 1990 model included red and white decals and a tubeless rear wheel.

Lluis Gallach rode with Alfer for one year in 1990 after riding for Mecatecno. He rode both the green 89 and the red 90 model

In 1992 Alfer engineer Martin Clerch started to design a watercooled engine. It was fitted to a prototype but never went into production as the engine was empty of components.

Alfer primerily built Enduro, motocross and childrens motorcycles. Whilst their trials bikes were not exported World wide the other bikes were.
The company still continues on, developing an electric motocross and enduro bike, but with entirely new personel. 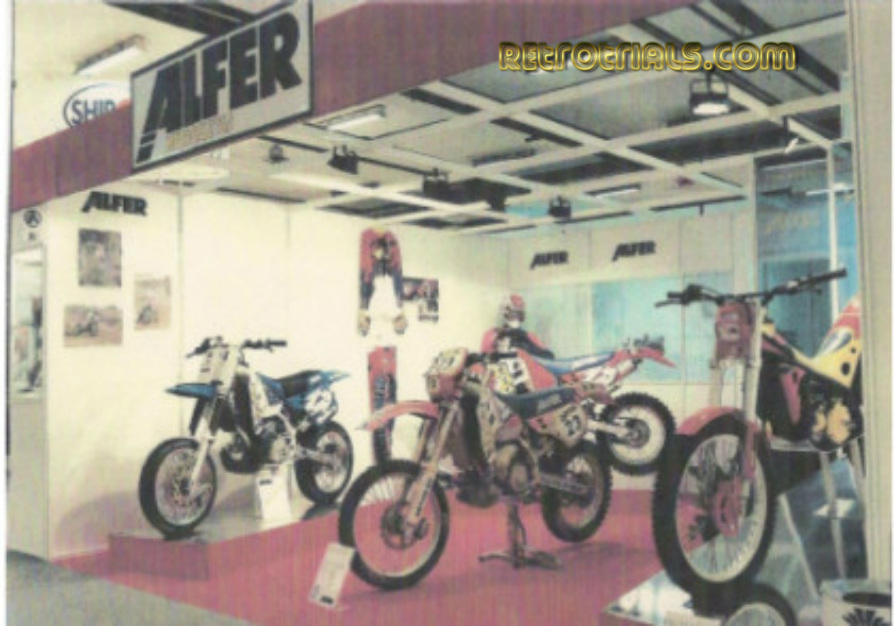 Alfer trial enduro WWW.RETROTRIALS.COM
Now confirmed -
The main issue with the Alfer TX300  trials bike was two fold. They had just released the air cooled bike when the world was turning to water cooling.This was old technology.
Also the Alfer motorcycles did not have a good dealer network. Pressure from other big manufacturers to sell their bikes pushed Alfer out.
Alfer faced the inevitable invasion of the Japanese bikes and was unable to compete from a Technological stand point and also price.
The company in its latter years of 2005, 2006 reverted to its roots producing entirely childrens motorcycles. Then with the give away prices of the Chinese bikes, there were no sales. At this point Francisco Almirall the owner and financier of Alfer said enough is enough and entirely stopped production.

In approximetely 2009 some entirely new people approached Francisco and asked him if they could use the name Alfer and Franciscos premises kick started the brand into life again. Francisco replied "As long as this does not cost me time or money, yes". They started developing an electric motorcycle which is pictured on this web site. The EU helped finance the project due to it being an electrical concept and enviromentally friendly. Consideration is being given whether to go into production with this electric motorcycle. 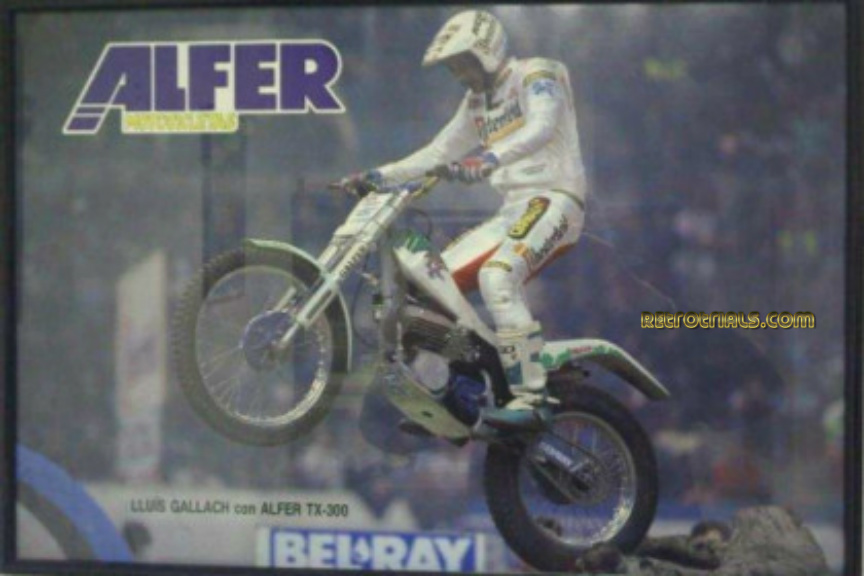