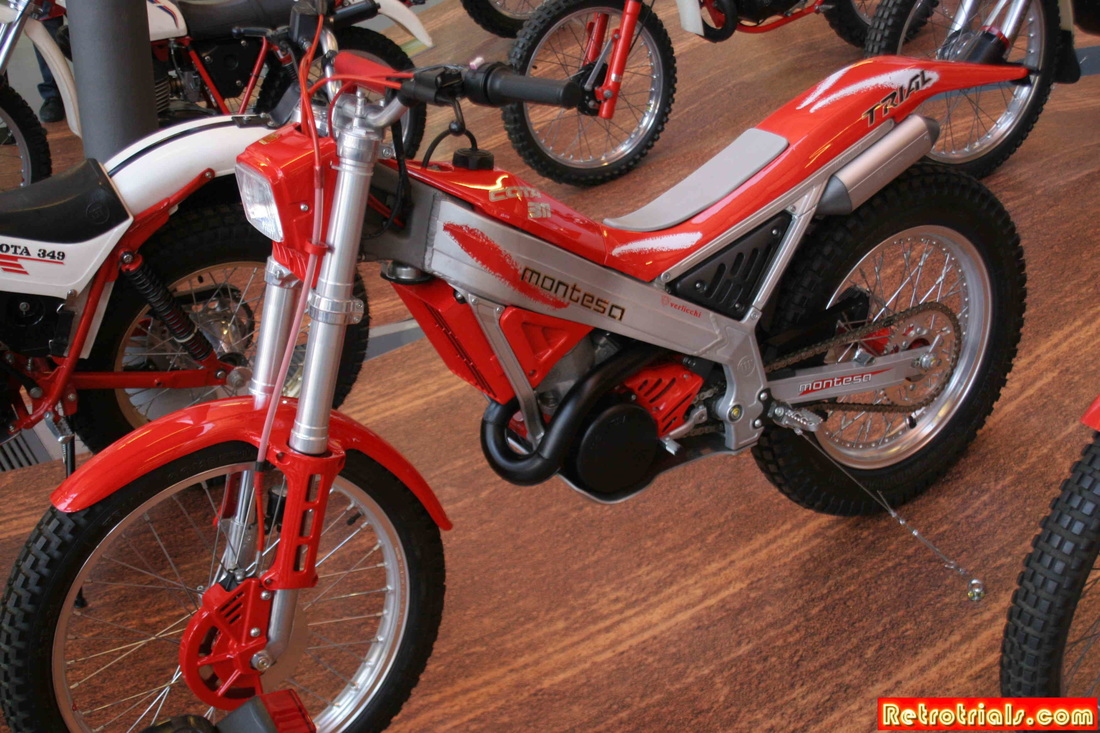 ﻿An exclusive interview with Montesa's Jordi Permanyer www.retrotrials.com
It was a factory where they completed all of the processes. This was a place where all of the machining took place where there was welding and painting and fabricating, everything happened in this place to make the Montesa motorcycles.
Retrotrials visited the pamplona factory recently and was shown around. It is now a small factory making sewing machines , but the gentleman there knew about the building's history and was full of enthusiasm like us. Here is a now and then photo.

The Calle Pamplona factory operated from 1951 until 1962. The premises opposite the main factory were occupied by the racing and development departments. This was the sector controlled by Mr Bulto.
From inside looking out. Take a look inside now.
The Pamplona factory was situated on three floors and I remember that there was a conveyor belt to the painting place for the tanks and everything, there were elevators as well that move the parts between the different floors. 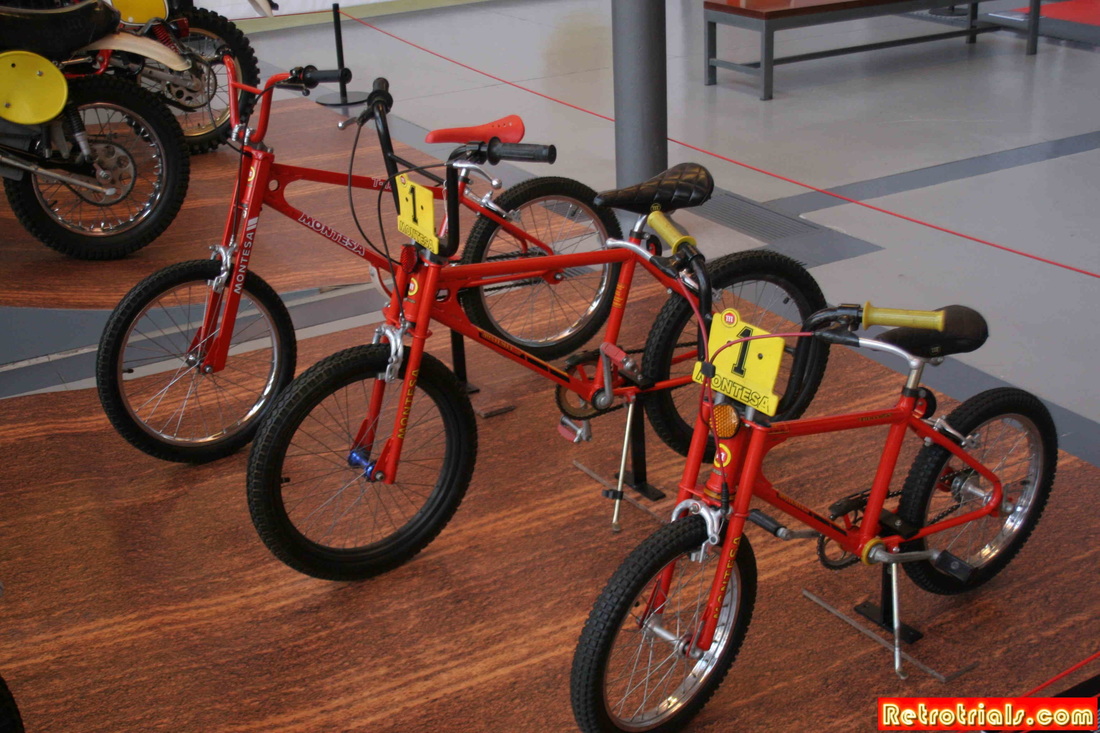 ﻿An exclusive interview with Montesa's Jordi Permanyer www.retrotrials.com
Xavier Bulto states that Mr Bulto lived for racing and didnt have any interest in anything else. The economic crisis at the the end of the 50's affected all manufacturers in many European countries. Mr Permanyer the majority society shareholder told Mr Bulto to stop racing and start producing motorcycles. Mr Bulto took this personally as a lack of confidence in him , and in 1958 left to start Bultaco.
I have it on record from numerous Montesa sources from this time , that the first Bultaco was based heavily on drawings , designs and prototypes taken from the Montesa factory at this departure by a number of staff.  Xavier Permanyer says "Then John Chalamanch, which was a technician who was with us second in charge of the factory, was slowly copying drawings of what we did in Montesa. Then Bultó said he was going in 1958 and after a week ripped Bultaco, because they already had the engine manufactured. Chalamanch was the instigator. We had two engines in prototype stage. One with crown wheel and the other with chain. the first still have it and the other, who was his twin, they took him away." With the bitterness that was no doubt felt at the time , coupled with the leaving workers feeling that they had developed these products ,i expect they justified the removal to themselves. 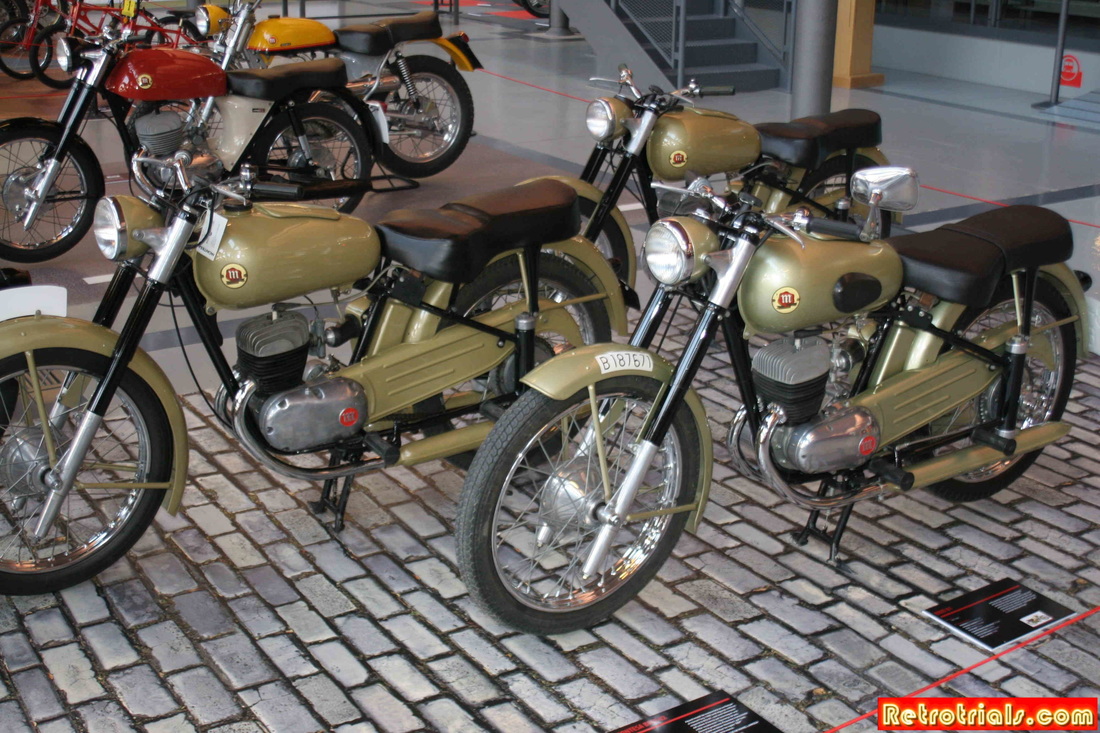 ﻿An exclusive interview with Montesa's Jordi Permanyer www.retrotrials.com
So in 1958 Montesa had lost some of their best designs ,prototypes and some good staff. The company went back to the drawing board and came up with the Impalla which without doubt was the most popular and enduring motorcycle in the companies history.
T​he brio 81 was a very soft machine for people who do not like sport, it was for people who want a comfortable slow smooth ride. The Brio featured a new type of separate box within the silencer. The Brio was also fitted with a bigger flywheel. I think there was probably some complaints from people who did not think the bike had enough acceleration, so they started production of the Brio 82 with no flywheel and you can see hear it has a different case on the engine.
Page 9