Which was the best bike you ever had? 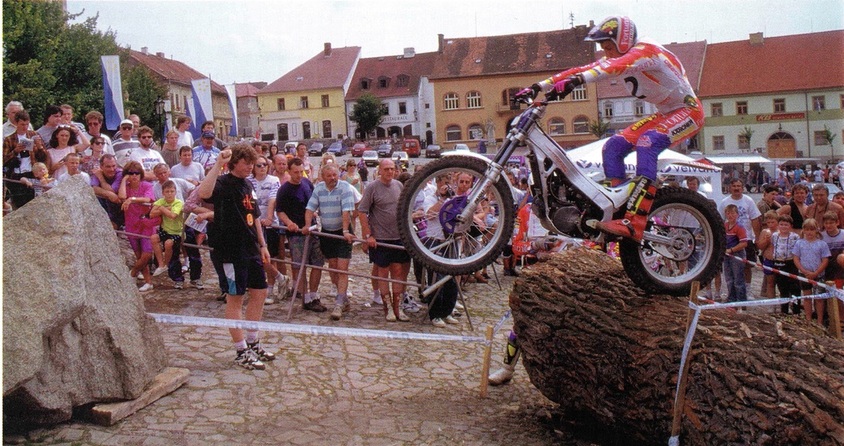 2013 Marc Colomer exclusive interview WWW.RETROTRIALS.COM Photo by Mario from Phototrial.it
Who was your best friend on the trials circuit?

Have you ever broken your nose?
Yes.

In 94 at the end of 94 when I test the prototype of 95 near to my home, at this time I make the things very fast because it was difficult to test the prototype and I have no many time on the bike. I have made many changes and the bike is always different. I crash in one place near my home and I broke my nose. After I had an operation but the normal operation could not be for 6 months and I make a small operation to last only one month. 2 years ago I have another operation but it was a bad time for me, this was bad time for me because it happen in December and in January I start the World Indoor Championship and it was difficult.

Did it affect your breathing?

Yes, yes, much much on the first year of 95, yes yes. After at the end of 95 I have a small operation and after no problem.

You are quite a small guy, you are not like Bernard Cordonier or Bruno  :)  Was this an advantage or a disadvantage do you think?
For the trial I think in the end you need power but I think it’s the most important to have good ability and good balance. It’s more important, maybe sometimes for sure, if you are like Dougie you have more power, it can be good, but sometimes in some situations it can be worse.

Did you do a lot of training to keep fit?

Many things every day yes yes. In the morning for 2 hours every day, sometimes more than bike.

How many times would you train on your bike?

Every day for sure every day.

Sometimes it was difficult because there would be testing and no training, when you test the bike you don’t do the training, but I ride the bike every day.

Did you enjoy the Scottish Six Days Trial?

Yes, very much I enjoy .I ride this twice pheww.

Would you ride this again?

In the next five years, I think no.
What is the best thing and the worst thing about your riding?

The best was the balance for sure. I have good balance still now. The worst, sometimes I want to make what I do perfect when riding and sometimes it’s not necessary to make perfect. To pass this table you can pass but you don’t need to make perfect 100 percent, perhaps you only need 80 percent and you pass clean and at the end the result is the same. I think looking back sometimes this was my problem. I always try to pass the things perfect and I got obsessed with getting it perfect and it was not needed ha ha.

One question I was asked to ask you was, what did you think of the loud minding of the Lampkins compared to things being quieter before
Ha ha his father……it no affect me. It was different. My system or Jordi’s system was not like this but ok. The people speak about this, many people say “What’s happening. It’s fighting, the father with the son”, but no. It was fine, just different.

How did you cope with Dougie being the Rock in your way for all of these years when you wanted to win? 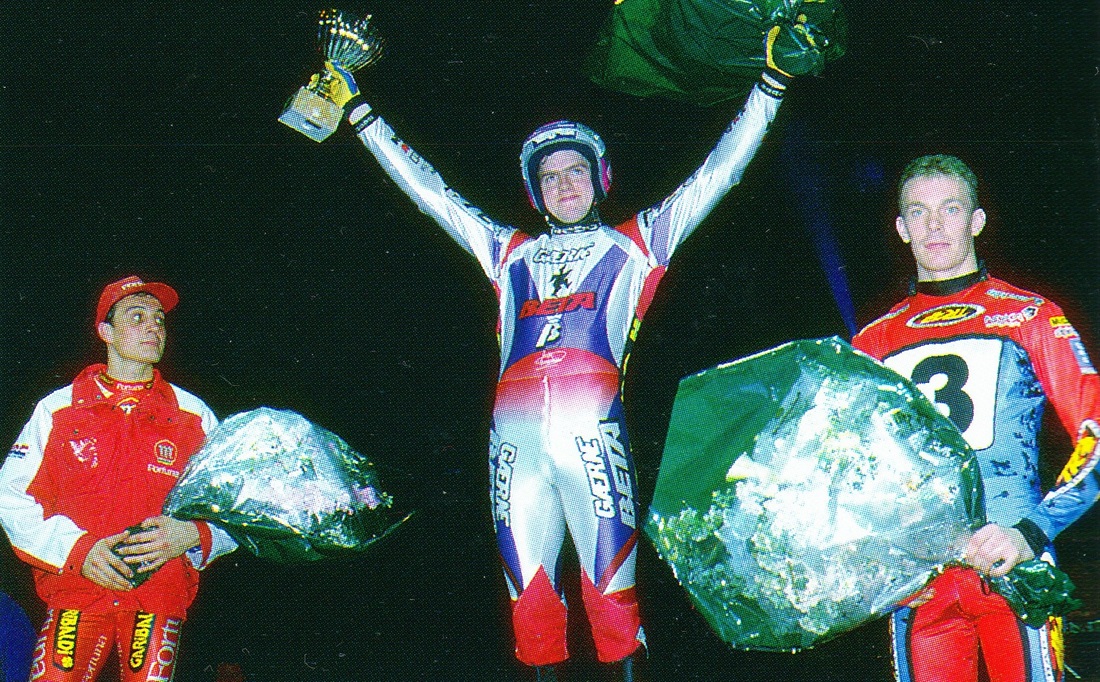 2013 Marc Colomer exclusive interview WWW.RETROTRIALS.COM Photo by Mario from Phototrial.it
I think maybe not for the technique but for the type of sections at this time his system and riding was effective. Also we have some changes of the rules at this time and I think he was fast to work with these rules and learn the way. He was fast than me to be with these rules but my thing ..my time was more 95, 96 and 97 then after that, many people say maybe 98 or 99. I say no, I know. Maybe 94, maybe the problems with the Beta and 95 with the problems with the bike Montesa. These things I think it was not possible to win 7 World Championships like Dougie. I think this is incredibly difficult. Maybe yes, I win 2 or 3.