1 - Felipe Gonzalez and Albert Juvanty made the Alfer Trial bike prototypes from scratch. Retrotrials has shown photos here which prove both men were fabricators and ran the trial team.

2 - They also both ran the Trials team in the above photos as confirmed in this exert from Lluis Gallach's interview to Retrotrials.com "Alfer approached me and I remember coming to an agreement with Francisco Almirall and with Motos Phillipe. Near my home there is a shop. They prepared the bike for Alfer. This place is near Vic. Albert Juvcanty work in this bike shop on my Alfer. I ride for the factory but the factory make the new bikes only. I ride with the factory for 2 years"

3- Not every Alfer owner would enter World and national events and hence collected the significant amount of official markings as seen on this bike.

4 - Lluis bike had the unusual blank alloy clutch case. All the others i have seen have been cast with the word "Villa" or "Alfer".

5 - The kick start , handlebars and lever perches are the same as some photos seen with Gallach as rider.

6 - Felipe Gonzalez says that this is Gallach's bike and it is often normal practise that riders bikes are returned to the sponsor/ factory at the end of the contract / season.
​
7 - So what did Lluis say ? " That could be my Alfer motorcycle. It was exactly the same as this photo"
​
So .....do i believe this is Gallach's bike ?.Yes , there is little doubt
From Lluis's interview with Retrotrials.com - "Alfer have hope to make the production of the trial machine big. Alfer are a small company who make the enduro bikes. They hope it is possible to sell more trial bikes than enduro. This did not happen because of the evolution. Both the 1990 and the 1991 Alfer bike were the same, there was no evolution. "

Lluis knew he was coming to the end of his career  and at the end of 1991 after a disappointing season he stept away from riding in serious competition. He would later become the long and current serving minder for the current World number 3 Albert Cabestany.

Thank you to Felip Gonzalez and the Retrotrials team for making this happen :) 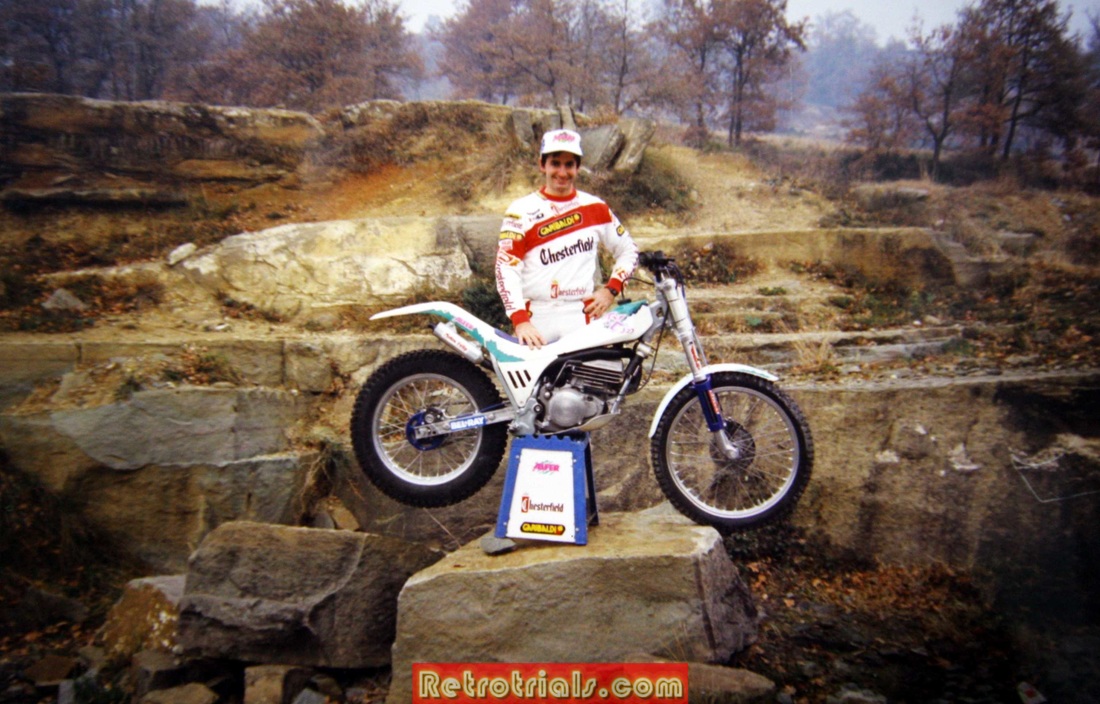