WWW.RETROTRIALS.COM Gabino Renales Interview
Then I went to England and I finished 6th or 7th. Then I go to Ireland and this was something totally unbelievable for me to finish in the top ten in England or Ireland. So after these 4 races are finished I am leading the World Championship because Tarres had some problems in the first race in Spain. He was disqualified because he arrived too late. Gallach was the winner with Mecatecno. Yep, so it was good.

Was the Gasgas good straight away?

Yes, it was quite a reliable bike. We were a little with Paxau but not much only fix the valves. We have valves not the typical inlet. This was something that we fit to my bike at this time. That’s all we changed in 2 years almost. We had brake discs but later in 87  but that’s it.
Ganino Renales 1987 Spanish World round watched by Josep Paxau, Eddy Lejeune, Michaud and Saunders. 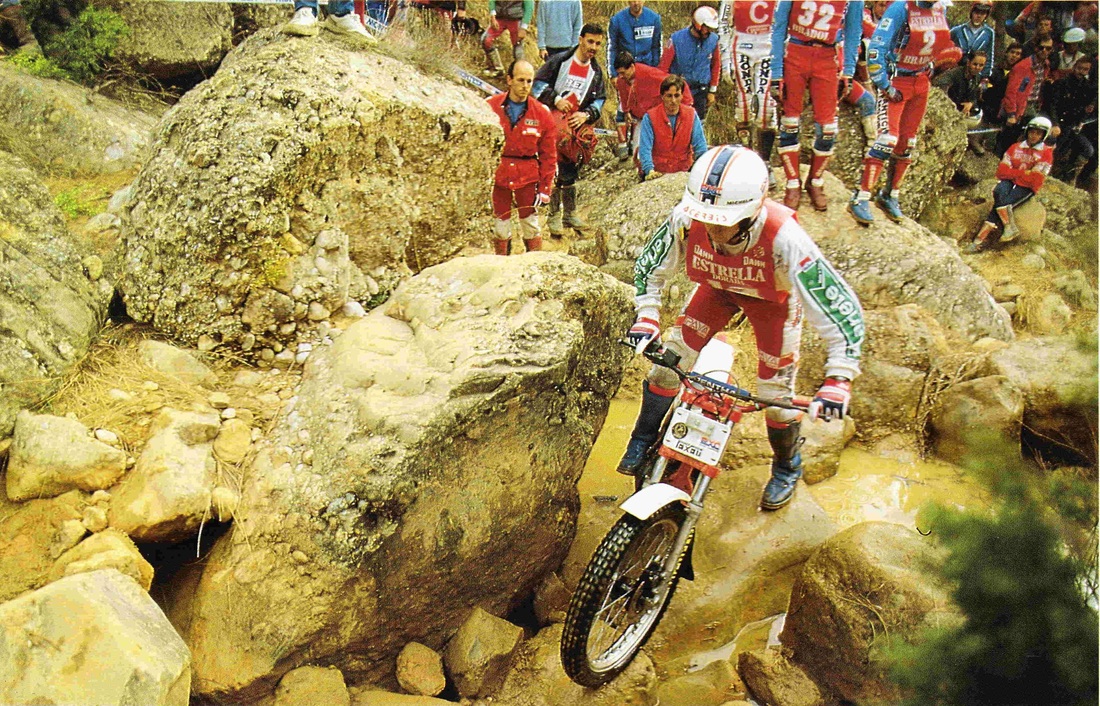 WWW.RETROTRIALS.COM Gabino Renales Interview photo Trial journal
The late and effervescent Dani Font wearing the original GasGas jacket standing in the original GasGas shop
which was founded in 1973.
Dani is the freeholder of the shop so has always lived in the home above. He ran a repair shop here before GasGas was founded. He then let the shop to Narcis Casas and Josep Pibernat and worked for them as a mechanic and later as a Trial machine assembler. Dani is seen here standing in the shop. The beige building to the right is the location of the small workshop in Salt where some assembly also took place.
The 1988 Season brought a big and dissapointing surprise for Gabino, when he broke his right wrist in the final round on 1987. 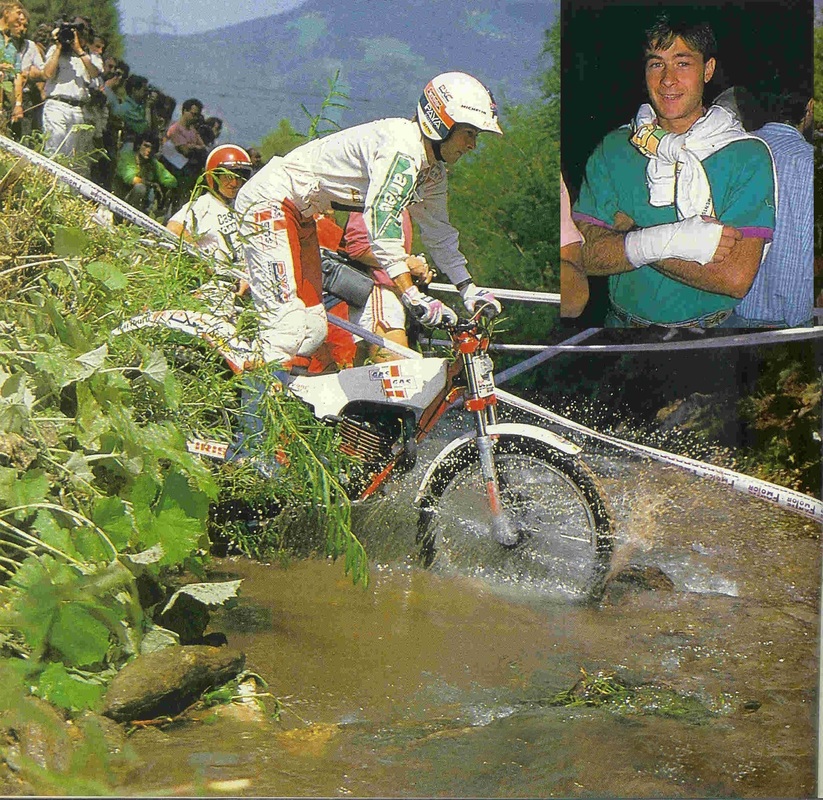 Is it always difficult when you have the great ideas to go to the manufacturer who is your employer ?. Is the risk that they might tame down or adapt your idea into something you didn’t want?

The Montesa was a much bigger bike than the Gasgas. This is no good for trial.
In 1988 Gabino started to ride for Montesa on the 307.  These are 2 photos of Gabino's actual factory bike.
Gabino with his 1989 Montesa team mates Eddy Lejeune and Pascal Couturier.
How did you get involved in the Olympics?
Actually you will have seen my bike when you went to the Bassella museum .

The Bassella Museum is 1hr 44 minutes / 149 kilometers west of Barcelona and houses one of the finest collection of motorcycles in the World. It is owned and operated by a trust which also manages the Barcelona Motorcycle museum.
The head Trustee is the Bultaco factory competition manager Estanis Soler.