An Exclusive Interview with 1981 World Trials Champion Gilles Burgat
Do you still remember that first visit to the factory?

At the time it was just amazing, I couldn't believe what was happening to me, it was just incredible. I just had big smiles all of the time and SWM at the time was just a prototype and just Charles Coutard’s bike and so it was just amazing for me to be introduced to a company and to be part of the team, it was just amazing. I was only 15 at the time, I'd only been riding local trials for 2 years, I knew I was pretty good at the time, as a rider, but I was still there surprised and very happy.
An overjoyed, 17 year old Gilles Burgat, visits the SWM factory in Cremona, Northern Italy. Pictured with Gilles is Piero Kucklican who was the SWM part time Trials competition manager who earned his living at the time as a dentist.
This factory formed quite a small footprint, however it did expand to much larger premises elsewhere but later contracted back to this singular location. SWM made a total of around 8,000 motorcycles. Even to this day competition departments are considered a distraction. It was no different in the SWM days and the competition department was located elsewhere nearby. 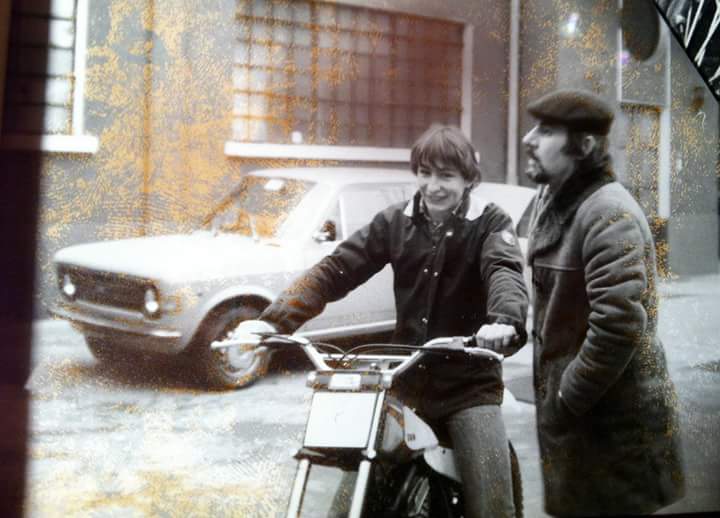 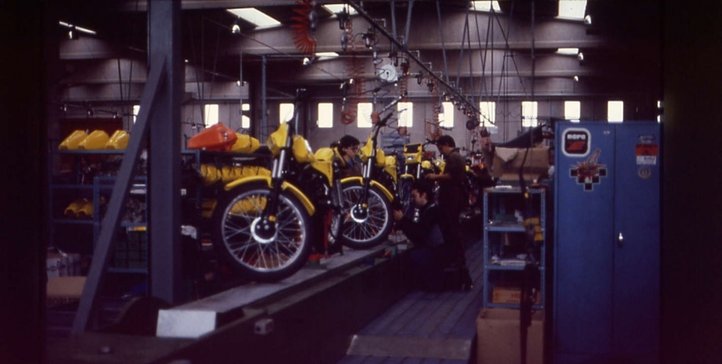 An Exclusive Interview with 1981 World Trials Champion Gilles Burgat
When I was approached and got this deal with them at such a young age.

At this time, as you getting the sponsorship, did you hang out with the sponsored riders?

I was riding a little bit with Fred Michaud, who was older than me and at the time he had help with Bultaco, but this was all, we are like a couple of good riders in France at the time, so it was a really good trip to the factory.
The special powers World Championship helmet negated any need to wear further protection. 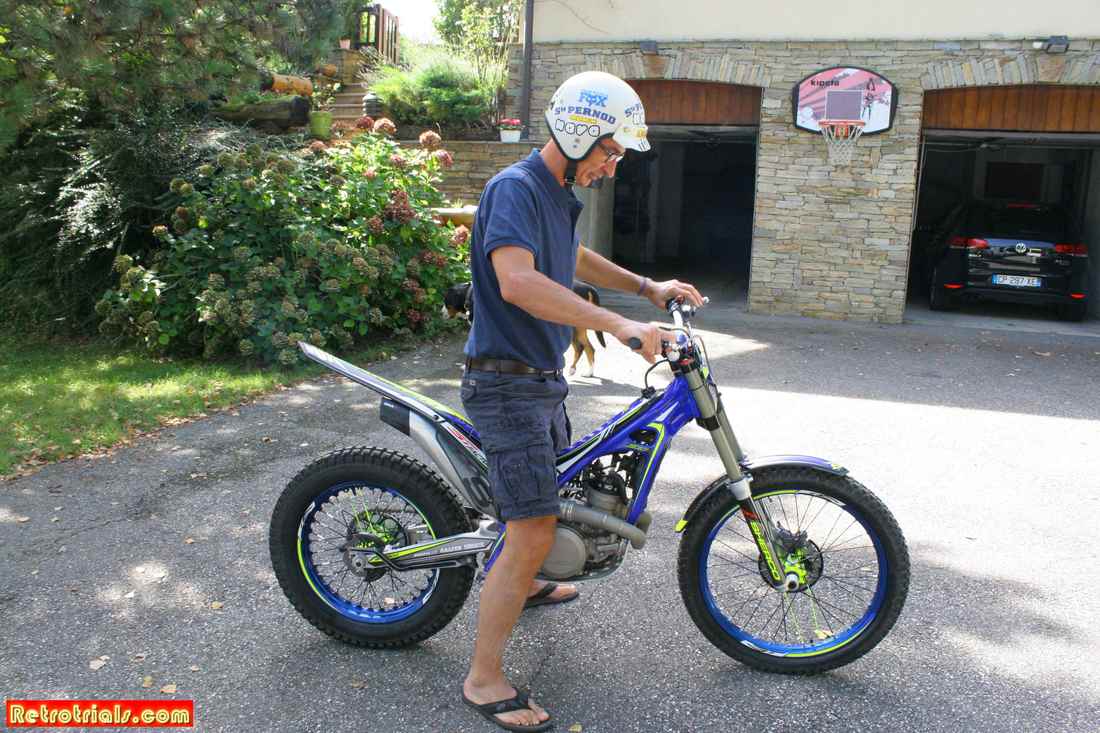 An Exclusive Interview with 1981 World Trials Champion Gilles Burgat
What sort of sponsorship deal did you get from the factory? Was it a deal to ride the French Championships, all the World Championships or what?

I was not riding in the World, it was only the French Championship and I was only riding locally and a few of the French Championship rounds, in the Junior French Championship of that year. There was only 1 race, so I won that. The second year I did the French rounds. If you know I had a good motorcycle, but I didn't have a lot of help, you know from the company you know they give me a 125 motorcycle. This was the first 125 motorcycle that I had from SWM, when it was a pre-production bike and now belongs to Charles Coutard 's wife, that's how Claudio and I took this picture. This was 1977, when I have these two bikes that were pre-production, from the factory. The winter of 1977 going into 1988.

Can you remember your first season ride in the World Championship?

Yes, I remember it was 1980 and in France. You have National and International events and this was my first attempt at the International events and I was doing pretty well in the French round and I remember beating Charles Coutard in France in the French Championship, but when I started the World Championship, I remember it being pretty hard for me because it was my first year and I only had 1 race of experience at this level. 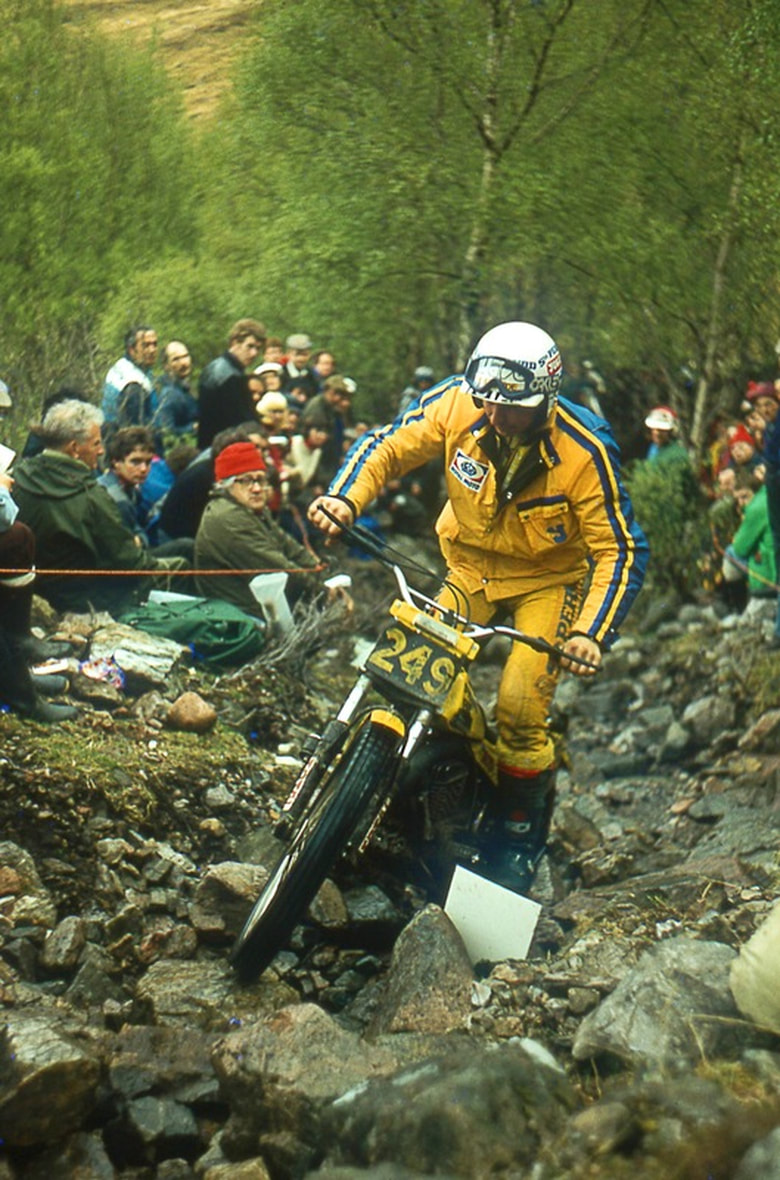