Page 4
Gabino at his parent's and his childhood home where he still keeps 2 of his factory bikes and his trophy collection. 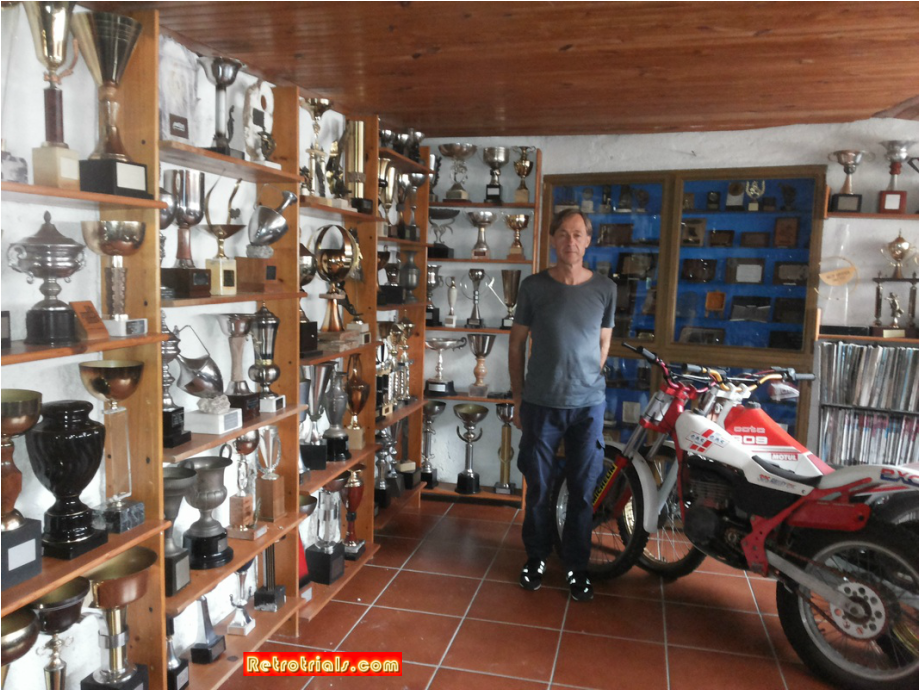 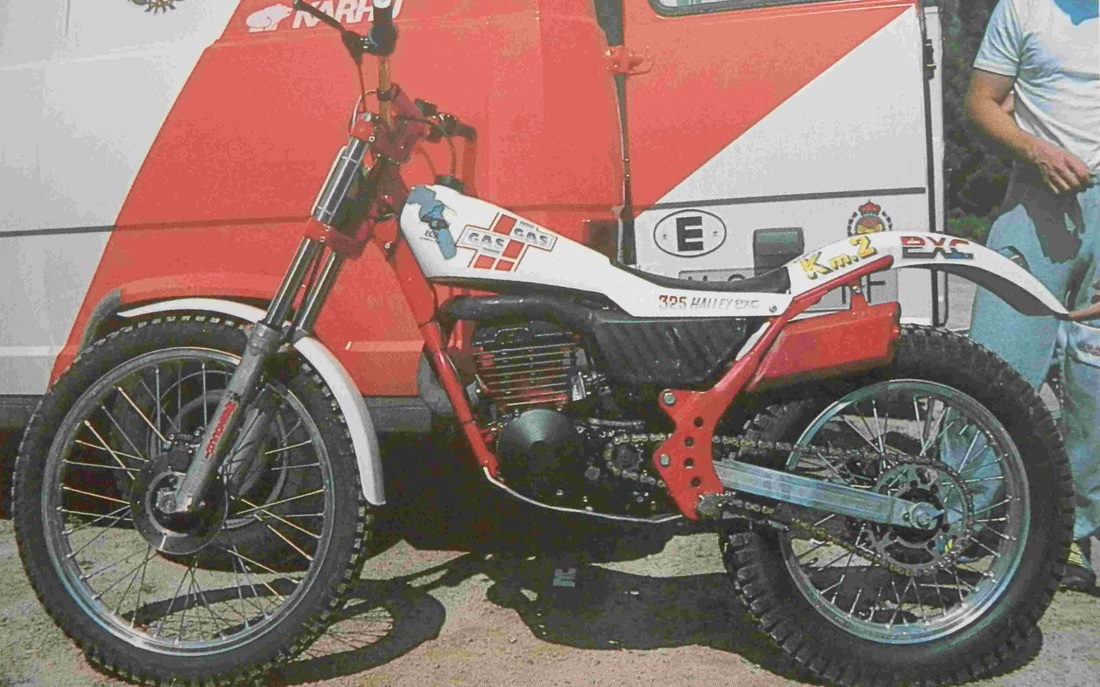 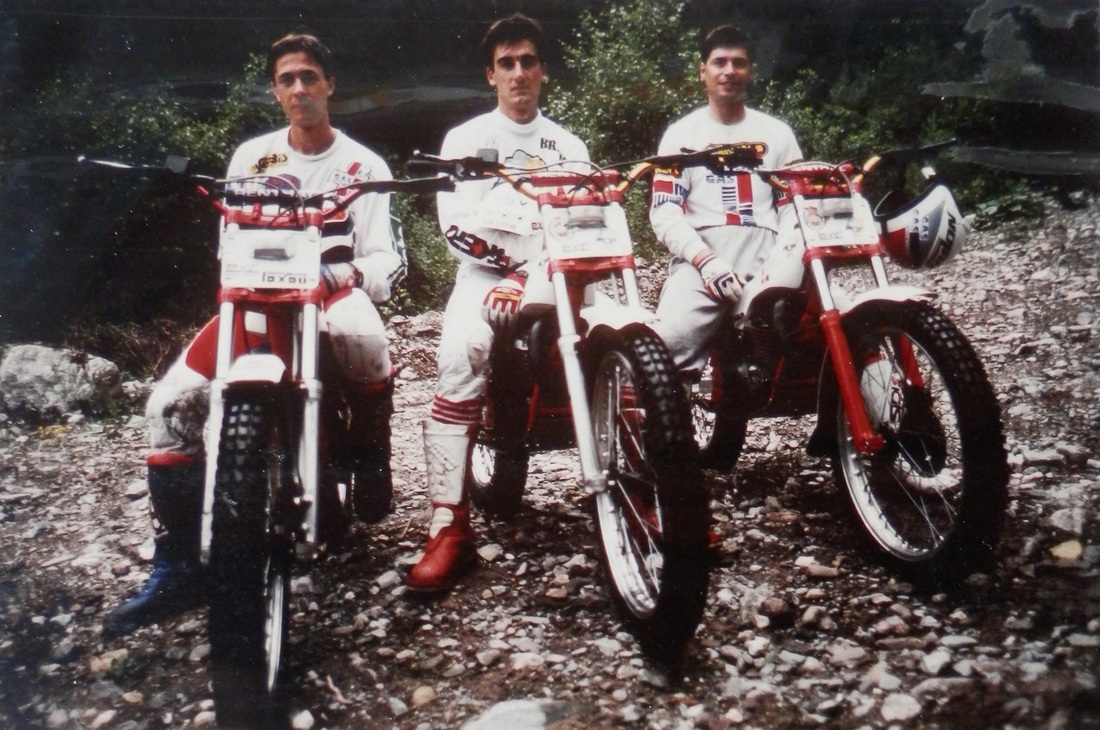 WWW.RETROTRIALS.COM Gabino Renales Interview Photo GasGas
I engaged a physical trainer and by coincidence it was the same trainer as Jordi and Andreu Codina and we started to do gym on a
professional basis. Until this time we did it ourselves and we did some running   and we were totally lost.
With this guy we started to go really well. I was totally concentrated on practise and physical condition. Practice and physical  condition. Not anything else. No test bike, nothing else. So I spend my time only preparing the bike for the races obviously, then  training and physical condition.
Where was the gym?

It was in Barcelona. It was in the sports university - INSTITUT NACIONAL D EDUCACIO FISICA.
Then I started to improve and improve and in the first year, 1986, I won a couple of races in the Spanish Championship. I was very close to win the Spanish Championship because Jordi had to miss one race and go Japan for indoor trial. It was because of this I was very close to him. The Championship was decided at the final race. He win this race and the Championship and I was 2nd . At this time I felt very well and the year after, it was 1987 and it was when we collect all of the fruits from the past year’s work and we started the World Championship in Spain and I finish third.
As well as being sponsored by J J Cobas, Gabino was also receiving the help of Francisco Paya. It was Francisco who developed the 1985 JP 325. JP standing for Juvanty Paya and his partner Factory rider Albert Juvanty. You can see the PAYA - Mataro advertising on Gabino's Trial trousers.