Jordi had alot of sponsorship, and I think in Fantic the sponsorship was arranged by the company and not by the riders, did that make you think a little bit differently about how you could do things and get money from the sport ?
Fantic and Aprilia riders benefited from a flat salary with results bonuses only. The photo above left displays the new approach courting approach to sponsorship that Jordi Tarres introduced.

2014 Thierry Michaud interview www.retrotrials.com
Yes, but I think it was quite poor for the trial. For me the politic of Fantic was different. Me I take quite good money and I was not very busy with the sponsors, so it was easier for me to have only one contract with Fantic. For sure, Jordi was improving or showing that the economy in Spain was going very well at that time, the new era for Spain, Catalunia, Barcelona, they had the Olympic games and a lot of cigarette sponsors and so and so, it was Indoor trial, many Indoor trials, so it was really an incredible time.
In Spain that we didn't have in France. It was different social conditions. Jordi Tarres was really a star, because he was the first Spanish rider, the thing was exploding in spain in the 80’s, just after the Olympic games in Barcelona it gives a push to the local economy and Jordi Tarres, I ride many Indoor in Spain, 87, 88, 89, 90, etc, because it was explosion and in France it was not the case.
You were used to winning and living on the podium and then suddenly you were losing and you were losing by a big margin, with Jordi winning everything, how did you cope with that personally, because the experts of trial know that you are very strong in the head, and very strong character, so how did you cope with that personally ?
I have to be honest, I don't want to re write the story, I think in the 90’s I was starting for quite a good season, cos we change many things on the bike and so and so, but as I told you at that time when you were more that 25 years old you start to be old, even though the other age of the riders is younger. Season where you were on the top was younger that today for instance. Remember today to be the rider on the top at 33, 34 years old because the conditions are different. At that time it was the case for all the World Champion when you start to have 26, 27, 28 you were old rider.
All the champions in the 80’s was the same, so it was for Jordi, because Jordi when he arrive at 28,29 he finish to lose and he stopped. He didn't have a secret in so long career like the rider have today, but this is for other reasons. Then I just thought I was not so young, and I have to accept it and Jordi was better than me. 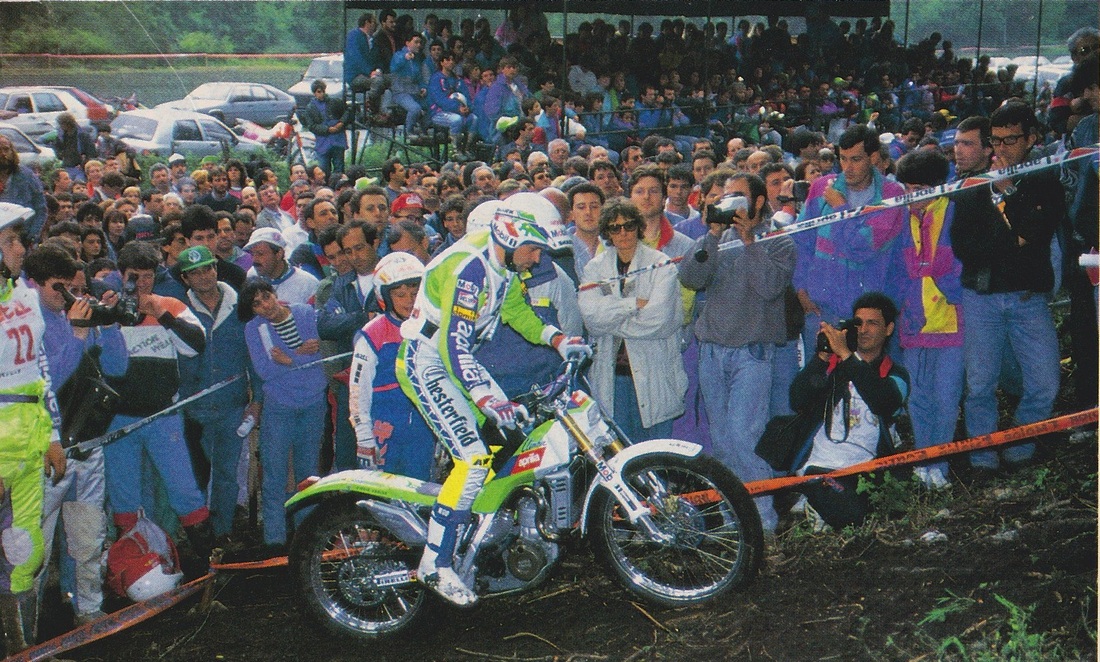