Did the restoring process take ages, perhaps a decade or did you manage to complete it in a couple of  years ?

It was the latter. I managed to restore it in around the 2 years. It was more or less finished at that point and it sort of sat in the garage. I did a couple of one day trials on it and it goes very well. It was nice to ride.

How did it ride in comparison with the other 4 speeds that you had had?
​
I've ridden quite a few of the other 4 speeds that I've done up and I've done long distance trials on them and they are pretty much the same. The particular Miller bike that I had got has the quietest motor of the lot. All the others have a little piston noise and sound pretty much the same, but this one is quieter, but I had no idea why. 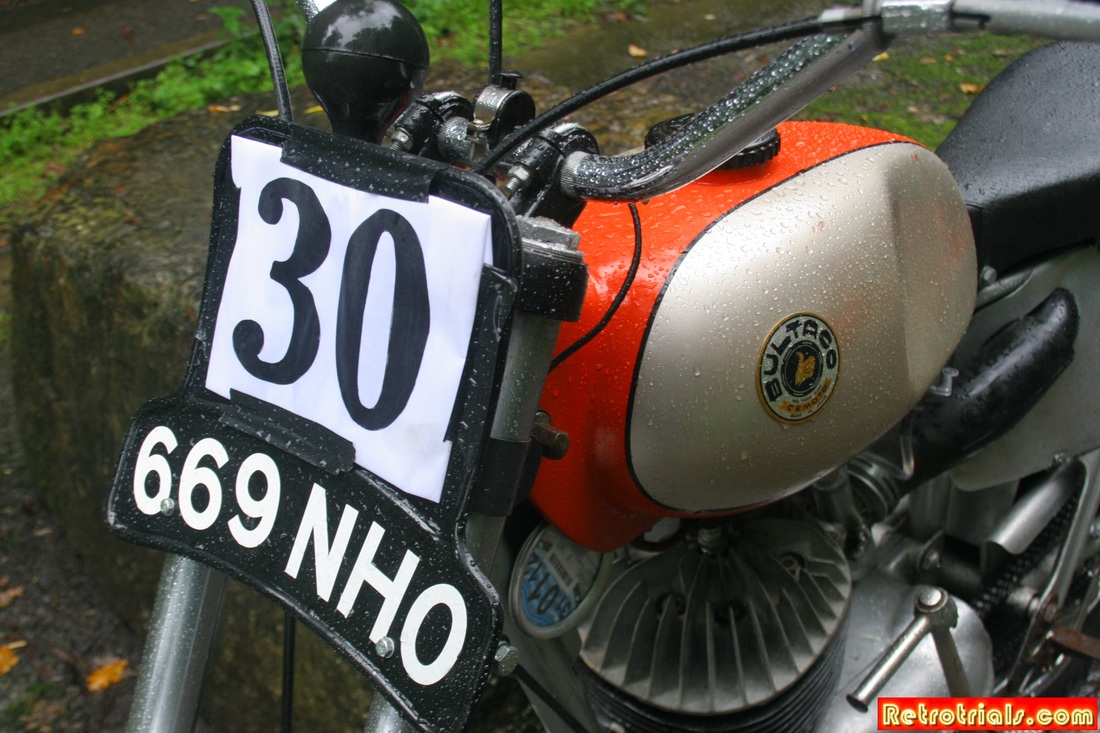 The actual first Sammy Miller Bultaco that changed the sport forever www.retrotrials.com
The difference between this bike and the actual production bike looks very very small but when you start going into it you see parts that aren’t exactly the same. The radial head on my machine has been machined slightly differently from a standard production Sherpa. There are also little things in the engine like the counter weight which gives the bike the plonk, they updated it for the production bike with a little top hat piece to make it more rigid when you tighten it up on the end of the crank. 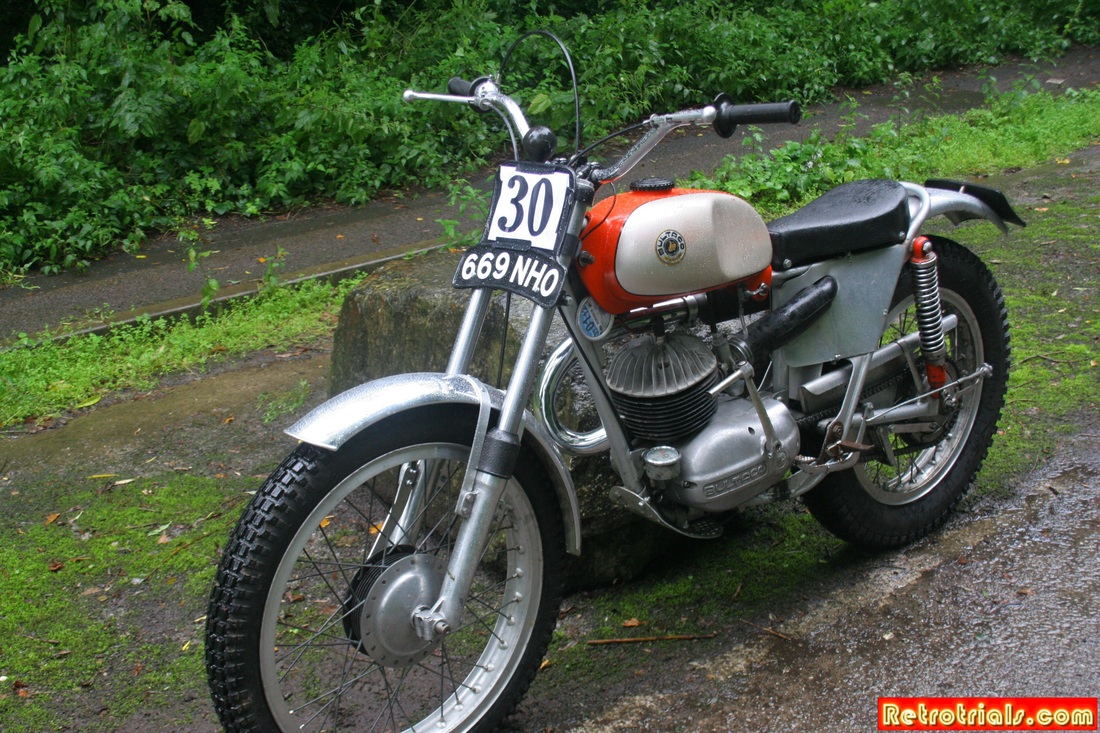 The actual first Sammy Miller Bultaco that changed the sport forever www.retrotrials.com
﻿The frame itself is different where the foot pegs tag on. You can see where it was originally one type of frame and they have increased the web in the footrest area to change the position. This isn’t so visible from the outside, but from the inside its been added with the foot rests hanging from this new area.
The welds are different as well. On the production Sherpa's the welds are a little bit messy, if you're being fussy. The welds on this bike have been ground out and the welds have been smoothed off. 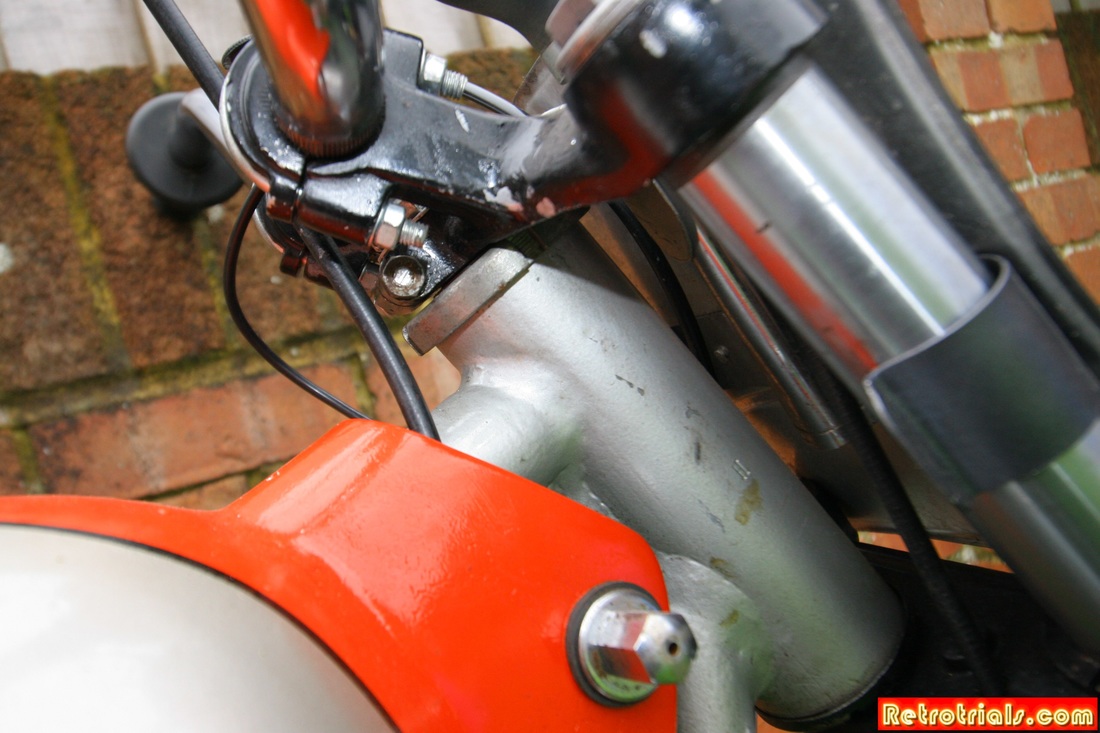 The actual first Sammy Miller Bultaco that changed the sport forever www.retrotrials.com
It was only when I was taking to a friend of mine, who used to work at a boat yard, he said that when ever they took boats to the boat show in London they used to put the grinder to all of the welds to make it look better. 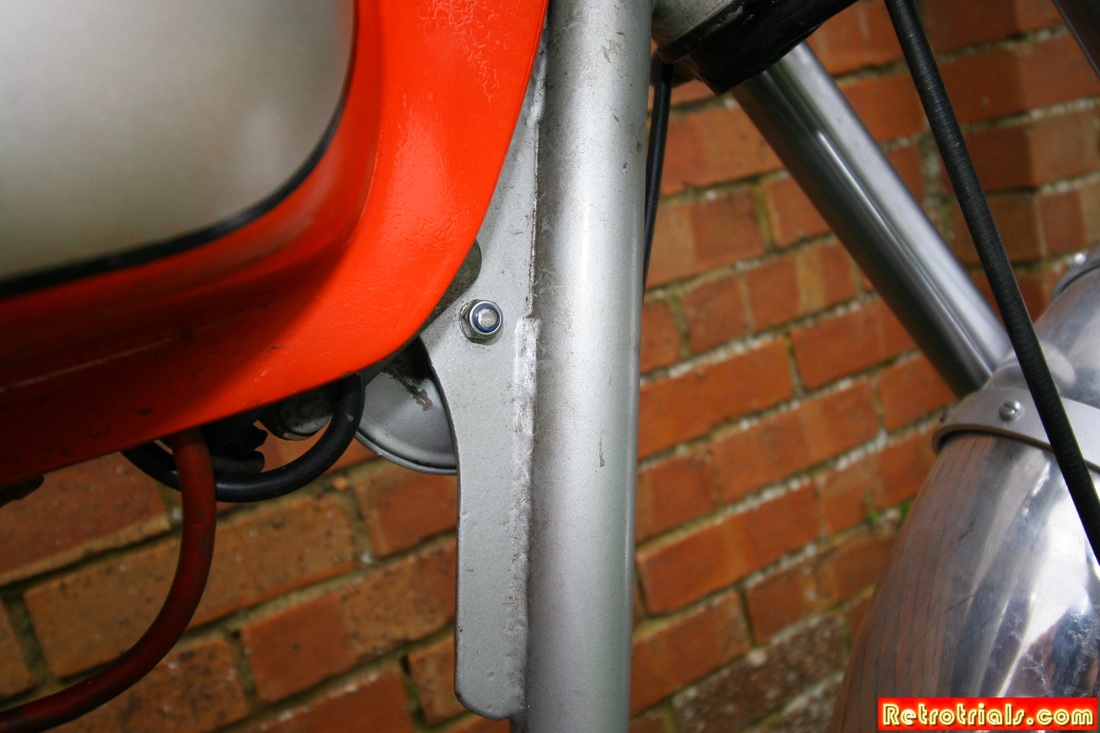 The actual first Sammy Miller Bultaco that changed the sport forever www.retrotrials.com
Can you see evidence of any headstock angle changes at all ?
​
You can see evidence or welding that has been cleaned up. This is the bike that the press would of photographed, so it is not the sort of bike that looks like it has been hacked about and then painted over quickly. A lot of time has gone into making it look very presentable, it is cleanly welded.
Page 4