﻿﻿﻿Who showed you the motorcycle for the first time ?

My uncle, he ride the trial and he introduced me to the motorcycle when I was 18 years old. Now is different because at 4 years old the father says come on, we go trial and practise. 4 years and the children here start the trial, but me I was 18 ...much older.

But before did you have a little bike for the road ?

No no no nothing. Direct to the Cota 348.﻿﻿﻿
But later yes ...some road bikes and track days
Did you start to ride before Gabino ?

It was very rare to find a photograph of you riding the Ossa ?

Exclusive interview with Salva Garcia - Minder to Tarres, Colomer and Bilbao www.retrotrials.com
2 great photos from Salva's collection. Note the extreme exhaust angle after it leaves the engine.
What age did you leave school ?

Did you have a job immediately after school or did you just ride the motorcycle ?

My mother had a shop selling the flowers and I helped my mother there in this shop.

It was at this time that I first see the trial bike and I get my first motorcycle, the Montesa Cota 348. After this bike I no buy any motorcycle. I get them from the factories. I get the Ossa when I am 22 years old and then after Ossa I finish JJ Cobas and go with Mecatecno, with factory Mecatecno bike. I was with Mecatecno for 2 or 3 years and then after with Fantic and Subira.
A 1983 Spanish Championship round with Salva on the Mecatecno MR326.
How did you get the deal with Mecatecno ? 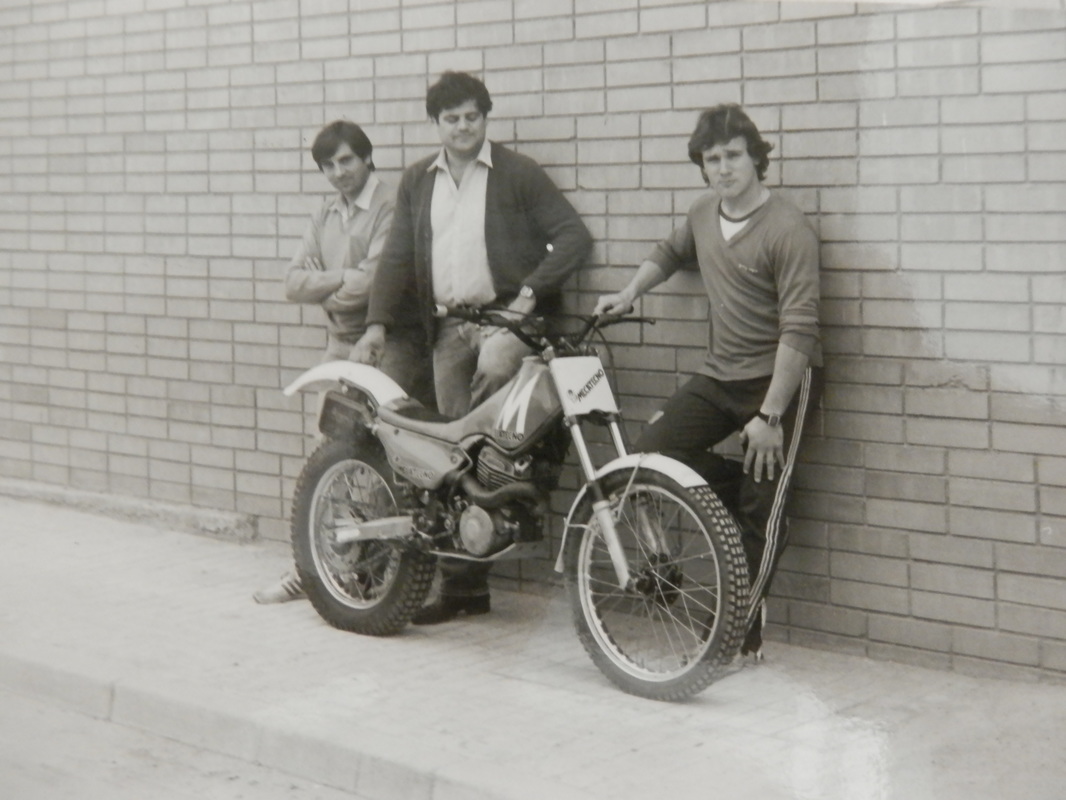