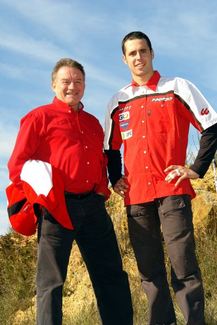 photo todotrial Exclusive Interview with GasGas co Founder Josep Pibernat www.retrotrials.com
2 strokes are the Gasgas way? Why did you go down the route of making a 4 stroke engine?

Yes, but why do this?

The big engine is good engine for the ATV and many win the French championship and the Spanish Championship and you win a lot with a big nice engine, like a 4 stroke.

As far as you are aware, have GasGas made any attempts to buy Toni Bou?

Urggghh Toni start with GasGas and after this moment we have Raga, Cabastany

How does Raga cope with the rock of Toni forever in front of him?

No, Raga has his time and after arrive Toni Bou and Toni push push push .
﻿﻿ I take out by percentage and I save the loss we were leading to. Later I get more money out also and I have no problems. GasGas is not possible. GasGas not have a future. The idea of the company and the direction is very poor. They don't have idea. They are like Ossa.﻿﻿
Was it a good time for you to leave GasGas?

For me it was just material. It was like the Lancia. If I crash I buy another new. I have Hebo, I sell Hebo. After tomorrow I no remember. The old things are not important to me. The things of my family, this is different but one thing material like this is not important. When the people no have idea and no go its straight line it is better to get out, it is better out. With partners in any company you must have good ideas you know, but this no happen.

Yes, 33% including 7 with my wife Anna. We leave, they pay us the money and we taken out and leave complete.
I think now Gasgas is 90% government owned

Were you at all sad to leave?

No
Piber in the latter days of his time with GasGas enjoying some Enduro desert riding with his friends including the man who taught him so so much , Dani Font on the right and inset photo.
Sadly Dani Font died on New Years day 2011. RIP.
But you made this baby . Surely 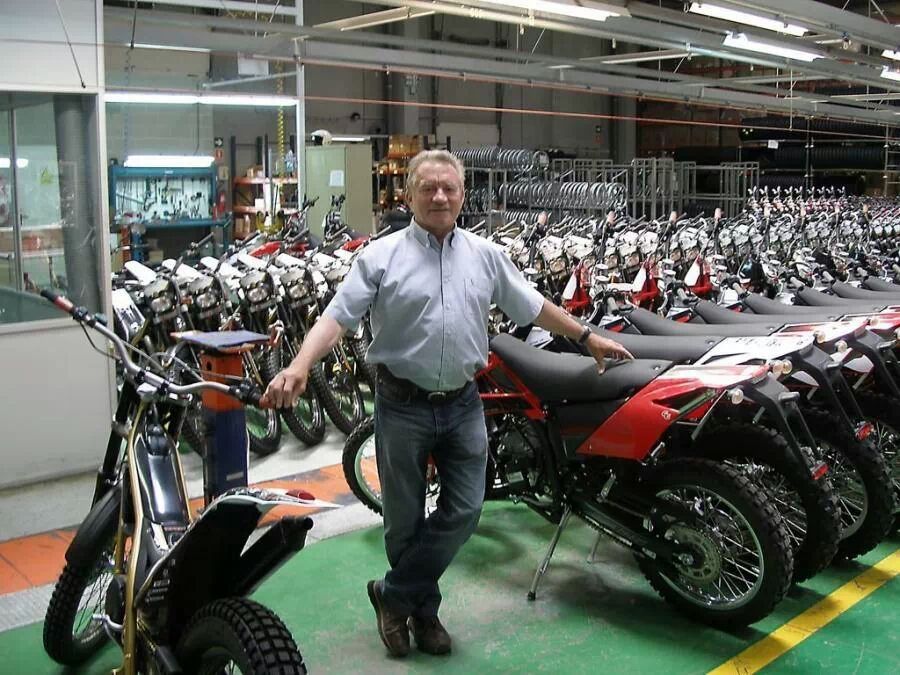 photo todotrial Exclusive Interview with GasGas co Founder Josep Pibernat www.retrotrials.com
Yes, but it is just material. Narcis he take the Hebo with another people, but first I sells Megamo. Ok, I buy. I don't like the bicycles. After Megamo, Narcis taken with some other peoples. I speak with Narcis and say “This is no good, hey”. 2 people is a lot. 4 people is  ...ha ha a bigger lot. There is no good idea. I sell the bicycles, no problem. Later when Narcis sell GasGas I see the bank people enter and I see the future direction and I think this will not be good for ideas. When I sell I am very happy. I don't see the future. I speak with them and tell them, but they no listen. Its like a boat for me. You crash and then taken a new, no problem.﻿
What was your best time with GasGas?
Seeing your acorn turn into an oak? 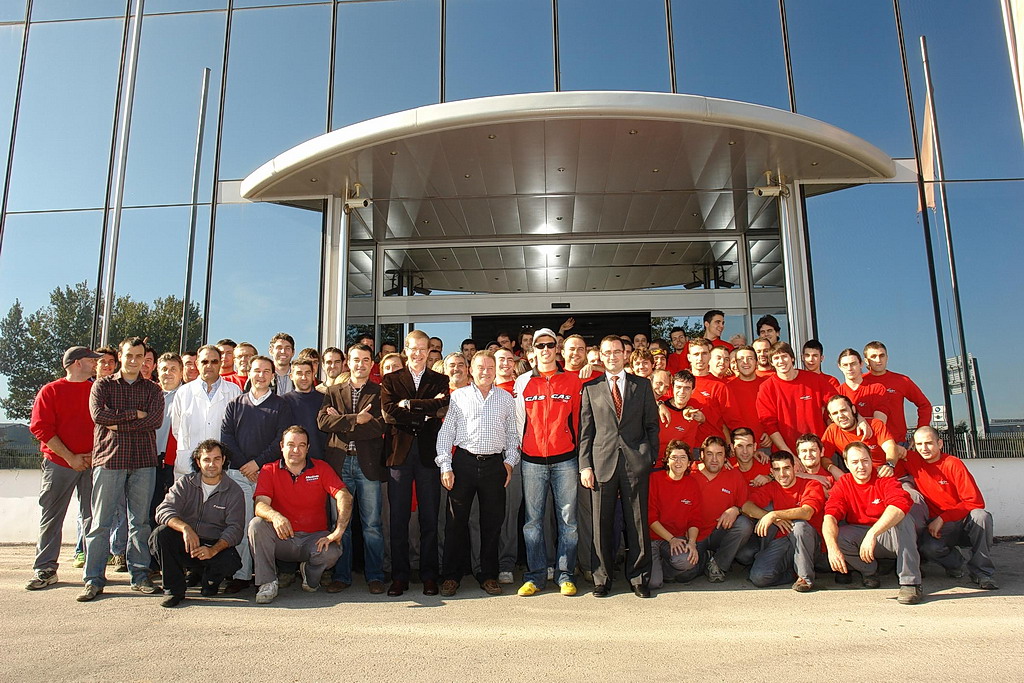