Whilst Jaime was seen by the public at the time, as simply one of the Montesa and Fantic pilots, Jaime had another purpose. Jaime was the main trials rider testing the development for both Montesa and Fantic. Working with the designers, research and development teams as well as the top riders, he helped shape the bikes that faced competition at the very highest level and helped create the very machines which we bought and which still charge around sections today.

Jaime is credited with creating the hugely Popular Fantic 200 and the Fantic 240 models. In doing so, Jaime without a doubt laid the platform for the great success within Fantic, of the hugely talented and 3 times World Champion, Thierry Michaud and the later years of Gilles Burgat and Steve Saunders.
Why is Jaime's work relevant to Steve Saunder's later monoshock Fantic factory machines ? Because without the success of Fantic's very first trials bikes which Jaime's created, would Fantic have had the confidence and the knowledge to build the 303 ? I doubt it.
With a dated model line up Fantic are known to have been in financial trouble prior to Jaime's arrival.....so would Fantic have even survived ? I doubt that as well.

Is billing Jaime as the man who saved Fantic perhaps going a bit far ? It doesn't take a lot more than a good bike to keep a company afloat. However without a good bike .....the company can work as hard as they can, but they will still go down.

Perhaps this accolade isn't so far from the truth.

After all ...the Fantic 200 was really the first popular and capable lightweight small bore trials bike revolutionizing the industry's approach to the engine capacity.

These are my views. What do you think ?

Now read the life story from the man himself. Read it first hand, word for word. Unedited.


It is a fascinating and first hand untold story typed up word for word. Jaime is a great guy. He's always smiling and very friendly, open and doesn't mince his words. In fact he's an interviewers dream :).
This great photo was taken at the Barcelona Indoor trial. Jaime Subira won the first of these trials.
Jaime is second from the left, standing next to Toni Gorgot :) 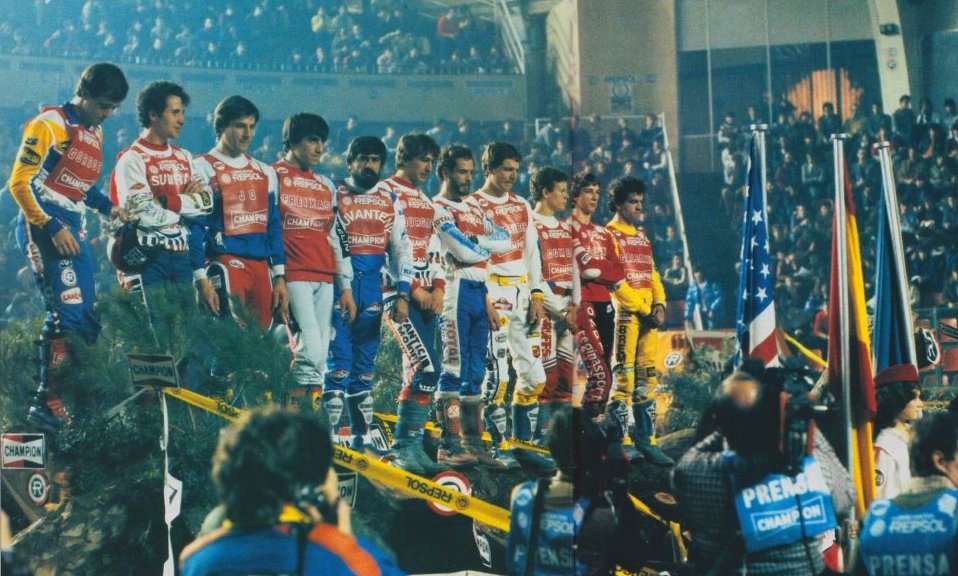 2015 Exclusive Jaime Subira career Interview www.retrotrials.com photo by solo moto
I'm very glad to have caught up with him and to learn about the life of a guy who has had such a huge impact on the World of Trials and who is such a vital and intrinsic part of the trials jigsaw.
In the not so distant future they will also unveil a serious and competitive adult electric trials bike named the Dragonfly, a motorcycle that could well lead us all down this road.

This little town contains so much motorcycle history that it's no huge surprise that Jaime ended up in the industry.

Jaime’s career has at all times been two fold. He has taken the lead in developing and testing trials bikes working directly for Montesa and Fantic whilst also competing in the Spanish and World Trials Championhsip. Jaime did this more so than most riders and produced for us some of the most popular trials bikes in living memory and keeping the Fantic factory from impending financial difficulties on the horizon.

Jaime’s life experiences and times with Montesa and Fantic have not been told before.

Learn also about his time as Fantic importer and minder to Jordi Pasquet and Amos Bilbao.

See Jaime’s incredible bike collection including the prototype Fantic 200 and Fantic 240 that he still owns.

This is the inside story and I absolutely love it……. I think it's one of the best interviews and it's unedited word for word and as spoken by Jaime Subira. Jaime speaks perfect English and I feel that this interview generally flows very well so rather than me ambling any further and summarizing his career any further, lets here from Jaime himself to tell you about his life in the trial.

I arrived at Jaime's huge premises around midday and immediately recognized its close proximity to many of the other notable people and places I have met and visited. Martorelles is truly a place blessed by the trial Gods.
These are the premises and the home of Jaime Subira that he has owned for decades and the Fantic importership location.
I walked up the side road and knocked on the huge metal door side access. It was opened by Jaime and of course ...he was beaming from ear to ear and offered us a warm welcome. In we walked into rooms that for a bike mad guy was just great. It is the same room that many motorcycle dealerships have behind the scenes. It was full of the good, the bad and the ugly, part stripped bikes. I love these places.....you get to see everything and for me at least it was impossible not to say "Wow".
﻿This is just one angle of this long room which stretches the length of the building.
Jaime had to take a telephone call so I had a look around.﻿ 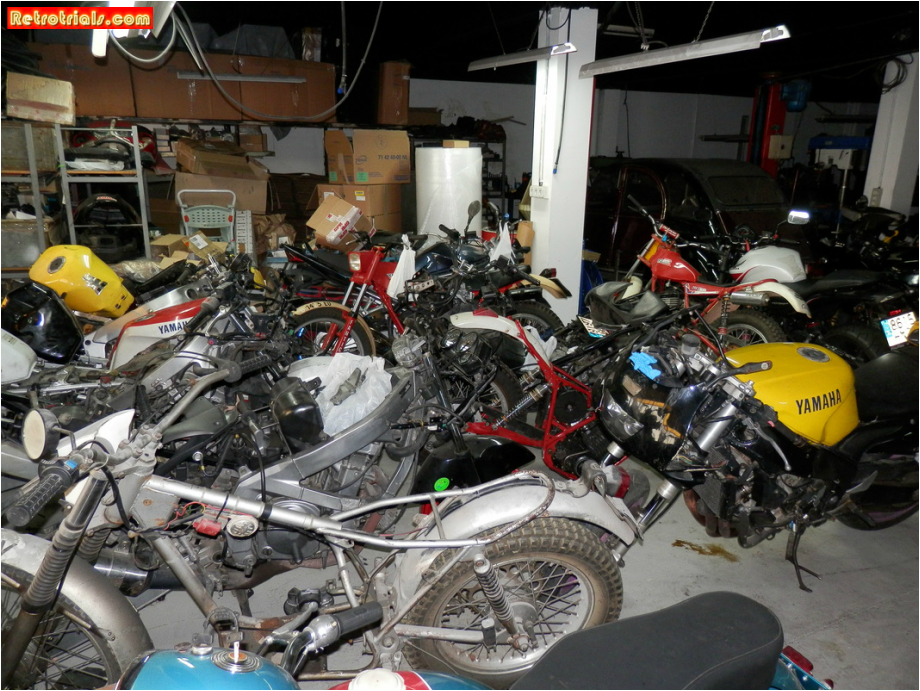 2015 Exclusive Jaime Subira career Interview www.retrotrials.com
Over the years I've had so many of these bikes and scooters. The eagle eyes amongst you will see that this room has over head air lines. This was once a small motorcycle factory with a production line which produced 1000 Trials bikes. You will hear more about this in the interview. 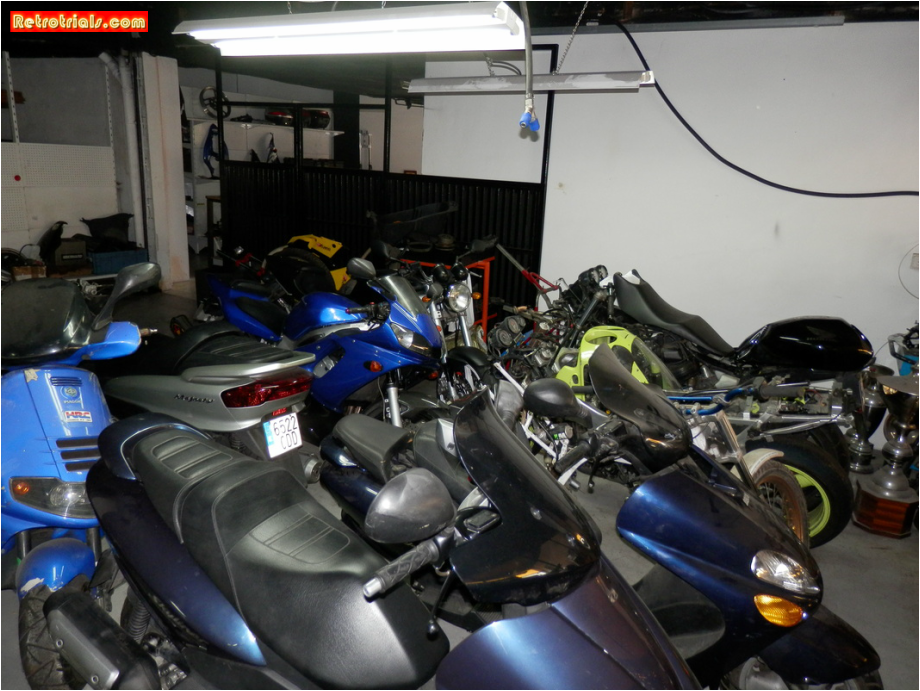 2015 Exclusive Jaime Subira career Interview www.retrotrials.com
I like the Cepsa Barrell ......and of course the gorgeous dual footrest  Fantic 156 with the great square headlight. 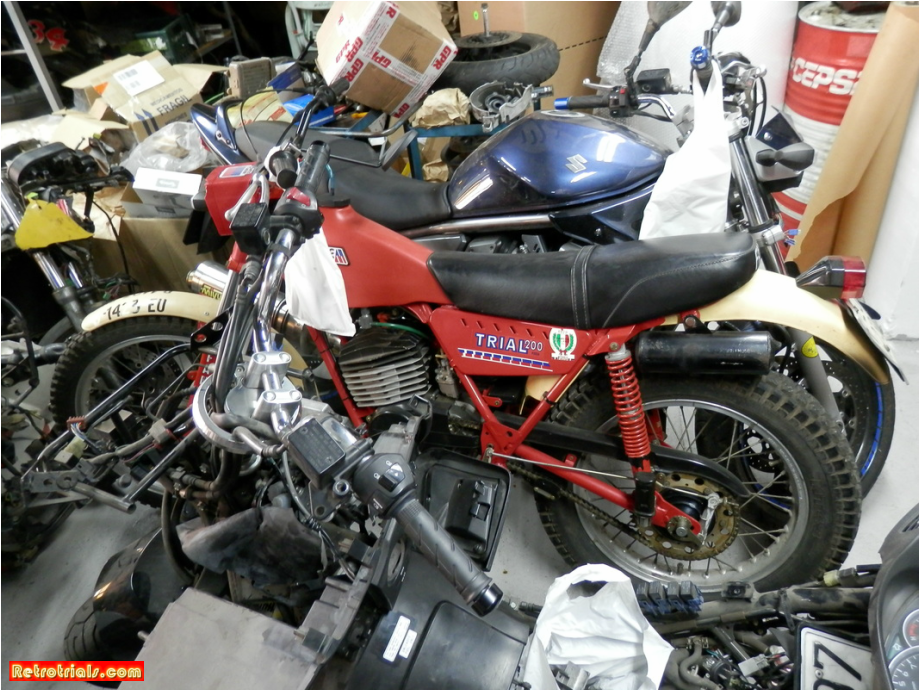 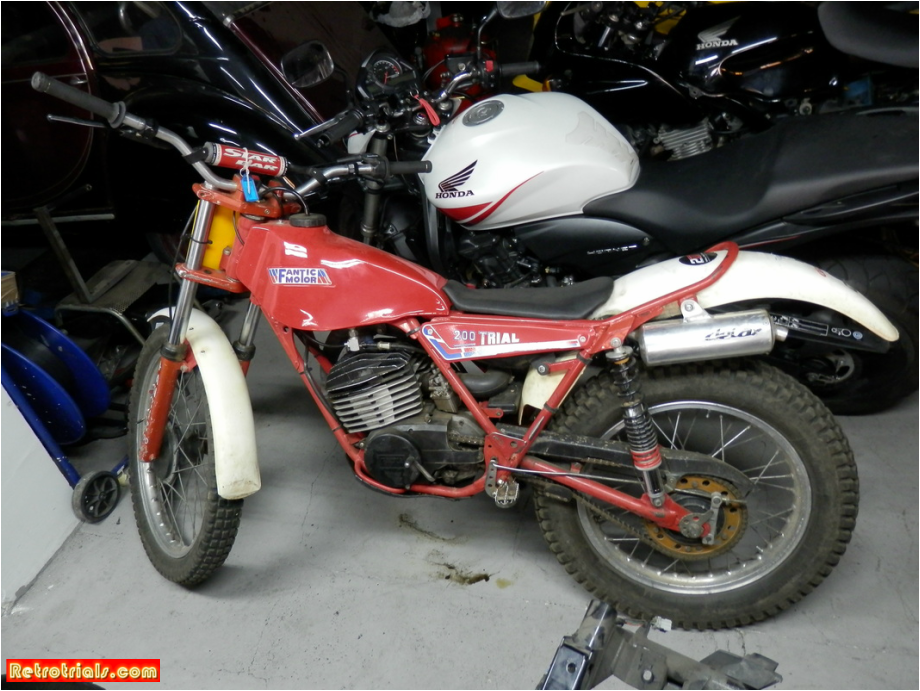 2015 Exclusive Jaime Subira career Interview www.retrotrials.com
Another part of Jaime's business is in motorcycle breaking and selling the spares. 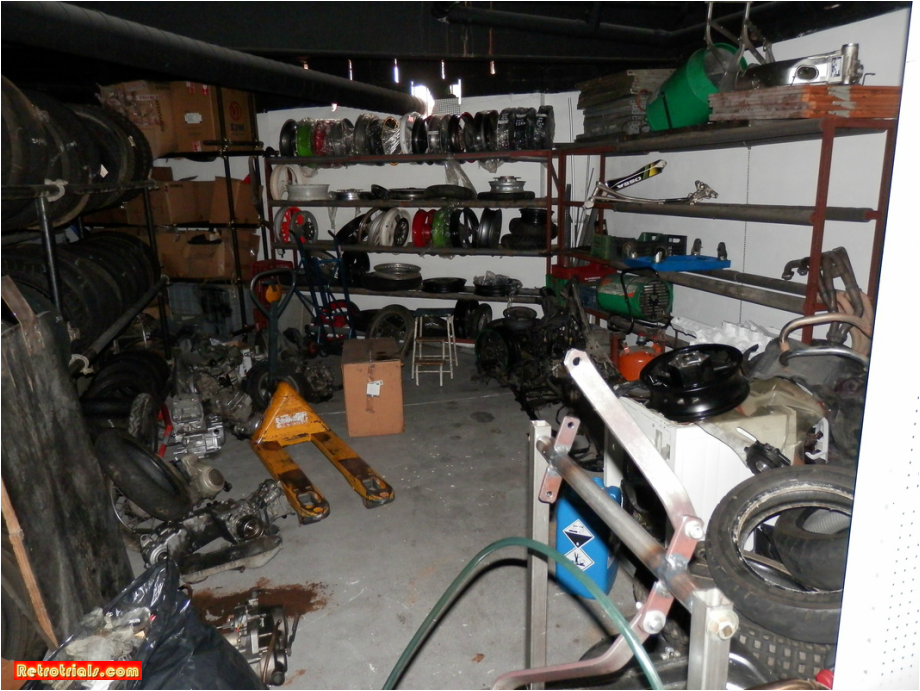