I've been riding since 15 years of age and yet the Jersey Two Day trial really only came to my full radar last year (2013) as a trial I'd like to ride in.

It was through the wonderful and often maligned Facebook that I read about Steve Saunders and Heath Brindley's visit to the Channel Island last year. Yes, Facebook is not all about girls discussing lipstick shades and teen boys rattling on about Rap and Hip Hop. There is a thriving Trials scene on Facebook which is far far far greater than anywhere else on the internet without any sunset rouge make up or Jay - Z in sight.

Heath's photos and the other Trial reports just made this trial sound like the place to be. Steve Saunders travels there each year as well and really enjoys it, so there must be something special about this event.
Back on the UK mainland the gloomy weather which has been been around for months had brainwashed me into thinking that there was no other sky colour other than drizzle grey. I'd forgotten there was a Sun :
We had just ridden the first S3 round, The Colmore and also the Normandale Phil King round so we weren't letting the moss grow under our feet. It's already shaping up to be a full on year. The Jotagas has been getting some proper use :)

I arrived at Craig's house at 6.30 am on the Friday morning and we were off on our International Factory team voyage ha ha, complete with gleaming bikes, hair gel (who am I fooling ) and Desperados beer (no, we hadn't had any yet).

We arrived at Weymouth ferry port to see the car park at the terminal empty. Oops, what have we done ?  We pulled up and a charming lady told us off as we were running very late and the ferry was leaving in 10 minutes. It was apparently our fault that we hadn't checked the website the night before to see that it had changed. Apparently it wasn't their fault that they hadn't contacted us on either of the phones numbers they had for us. After a hair raising 24 point turn on the metal bridge to the ferry we were in, and parked the van on a slippery metal steep slope. The slope was worrying enough but parked above a brand new red Ferrari was a bit worrying. It was on it's way to a new owner in Jersey. Lets hope it arrived in one piece :)
There was a stop at Guernsey and after then it was plain and calm sailing to St Hellier where we moored and drove off. Luckily, the Ferrari was still intact.

This was first time that I had been to Jersey or any of the Channel Islands. My now deceased Grand Mother had been here and she loved it and returned every year. It was nice to come and see what she had seen.

Arriving in Jersey was like arriving in another World. The sun was shining. It was warm and the skies were clear. Everyone speaks English here and there is a French influence as France is only a few miles away. The locals seem to have an accent with a hint of South African.
The closest place I've been to Jersey that comes close is Cornwall or Devon. It really is a breath of fresh air. The pace of life seems slower. More people were smiling here, you just noticed it :) 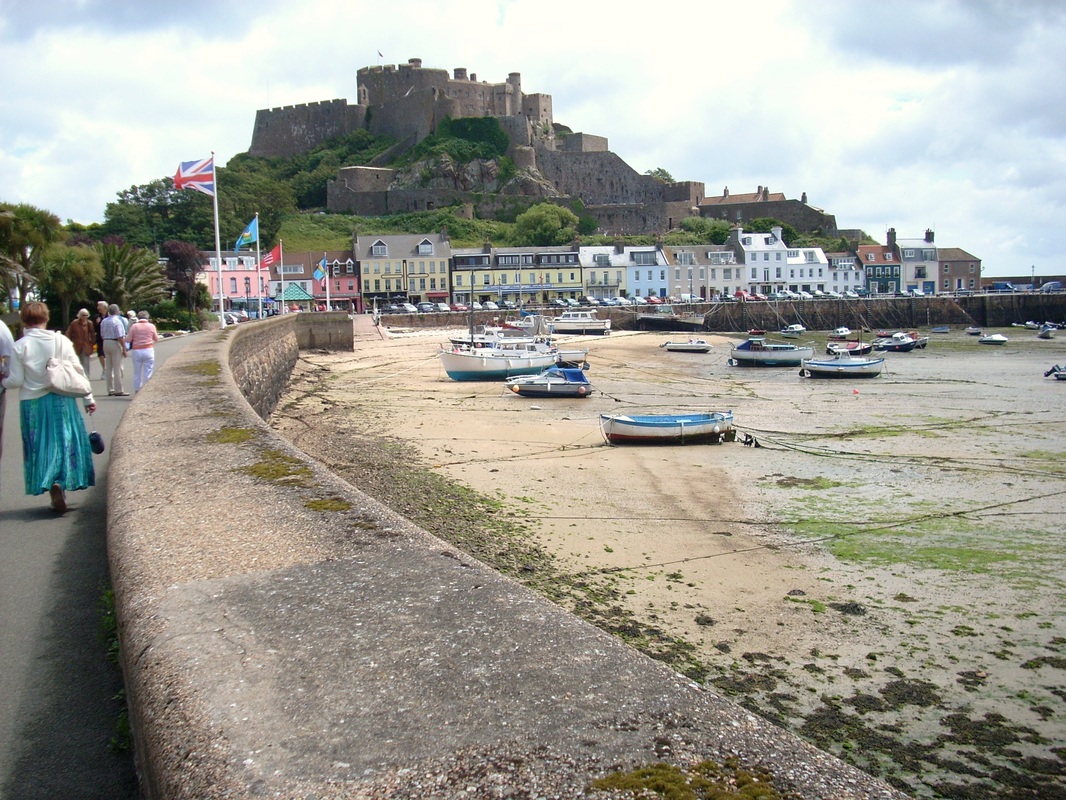 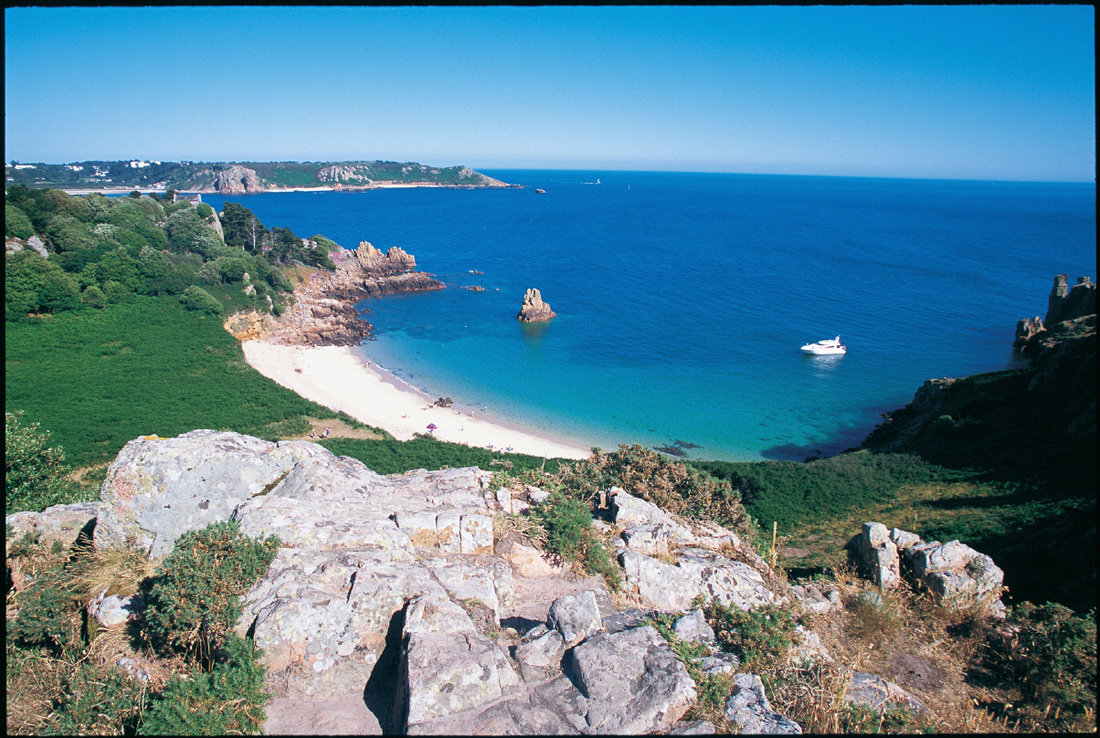 Photos from Trip Advisor. Jersey 2 day trial
Here are some photos I took on the way to the hotel.
The Jersey Classic and Modern Trial Club ( www.Jerseytrials.com ) organised a package where you paid £225 each. This included entry to the 2 day trial, ferry crossing with a van as well as hotel accommodation for the 3 nights (Friday to Sunday) with breakfast. It was very good value. We were all put up, in the base for the trial, which was the Shakespeare's Hotel. It was a very pleasant, clean, warm and comfortable hotel. A good choice. 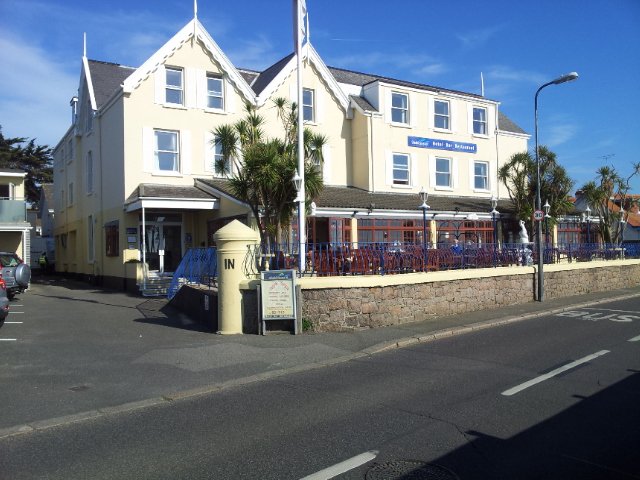 2014 Jersey 2 day trial - 8th and 9th March www.retrotrials.com
Craig settled right in and cracked open a bottle in the room, to settle his nerves for the trial ahead.
Here is a copy of the quality program to have a look through. 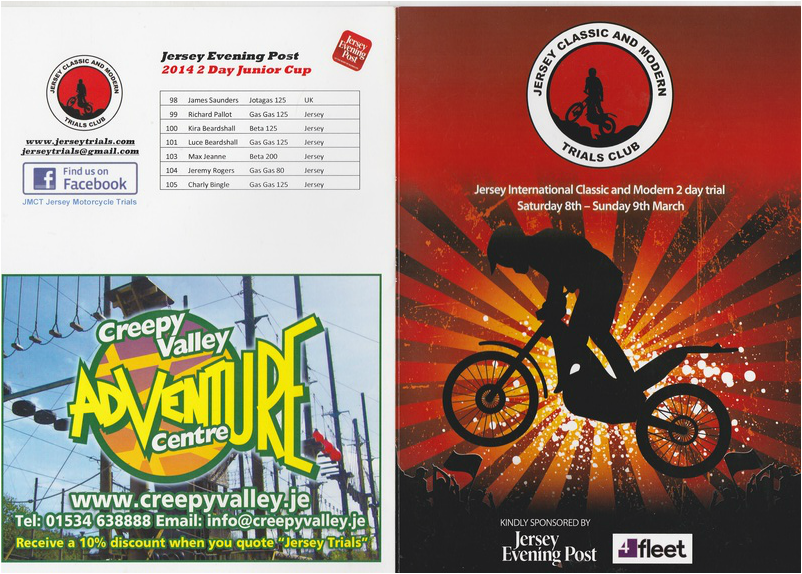 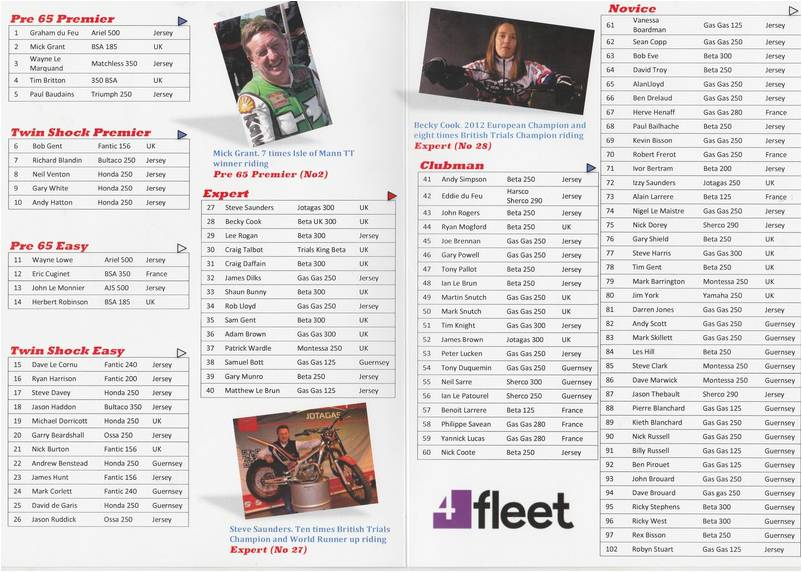 2014 Jersey 2 day trial - 8th and 9th March www.retrotrials.com
Then after a freshen up, it was a trip out for a meal and then down to the hotel bar to chew the cud about the next day :)

I'm sorry to admit but these girlie drinks were both mine. 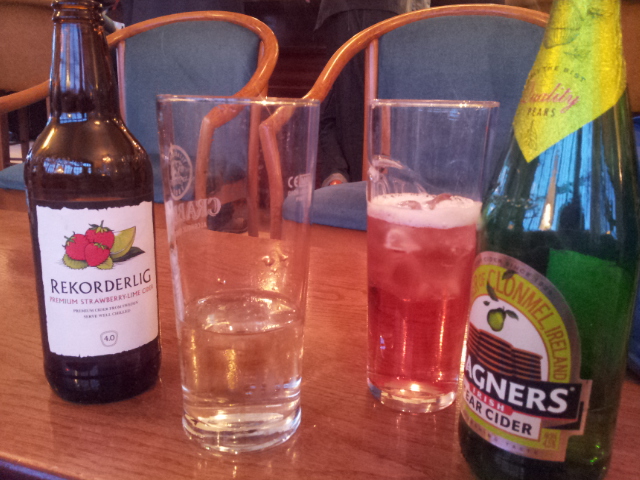