Thank you to Oscar Giro and my friend Josep Argerich for making this visit happen.
In April 2013 I travelled to Spain to meet a number of people and go to a few places specifically to gather information for this site. It was an exciting time with loads of new people to meet and places to go. In fact it was amazing.

For 3 months previously my friend Josep in Catalonia ( not Spain :) )  had been telling me that his friend Oscar Giro might be able to show us around the Honda factory. You know ....if someone says that to you, you think, yeah I hope so, but that would be far to lucky for it to happen to me. Looking back on it now, I had good reason to think that. Honda and Japanese businessmen are known for their secrecy.

I have a good friend who works for the largest Tobacco leaf producers in the World. He travels the World to set up the farmers deals, get them the finance and then keep an eye on things to ensure the end leaf meets quality. He grows tobacco leaf specifically for clients needs and deals with the Japanese regularly. Normally a client orders leaf, he just places and order and expects to get the normal level of client confidentiality. He tells me, that what is specifically unusual about the Japanese is that they ensure that his company sign legal documents agreeing not to disclose any arrangements that they may or might not have had. He says this is typical of the Japanese.

Back on track, talking about the Barcelona based Honda factory, it hasn't been open for people to take photos and wonder round. Its impossible. The whole Ethos of Honda is being better than the best and winning. They say "Honda wins". Giving little secrets away here and there wouldn't assist them. Security is very very tight. Honda is a multi Billion pound organisation and they have the money to ensure the standards they want are reached, both mechanically and from a security point of view as well.
Another example of Honda's compulsion with secrecy is the story many of us will know .Honda's Japan instructed that Honda Europe destroyed the works Honda Trials machines of Lejeune and Saunders. Whether this happened is in doubt now, but this was Honda's instructions.

Certain GP and Superbike motorcycles have been crushed. The engine internals of Dave Thorpe's 1986 World Championship winning 500cc motocross bike were removed as soon as the bike was no longer needed. Honda is a private company and for good reason.

So .... for me to be told that we might be able to visit the factory was unbelievable. As time crept on closer to my flight date Josep and Oscar agreed a time for us to arrive, when he would have time to show us around. This was Friday the 5th of April 2013.

Once in Spain the day of the visit arrived. I met Josep and despite having trouble finding our way around the road works we arrived. We saw that the factory was undergoing huge building works and wondered what this might be about. As a result of diggers, cranes and other huge equipment being around we parked on the large area of grass adjacent to the factory and walked to the security guard on the gate. We gave our names and he confirmed by telephone that we were expected by Honda. We were both issued security passes. We then walked across the empty car park which was being used by the builders only. We entered the front door of Montesa Honda where we were met by more security. 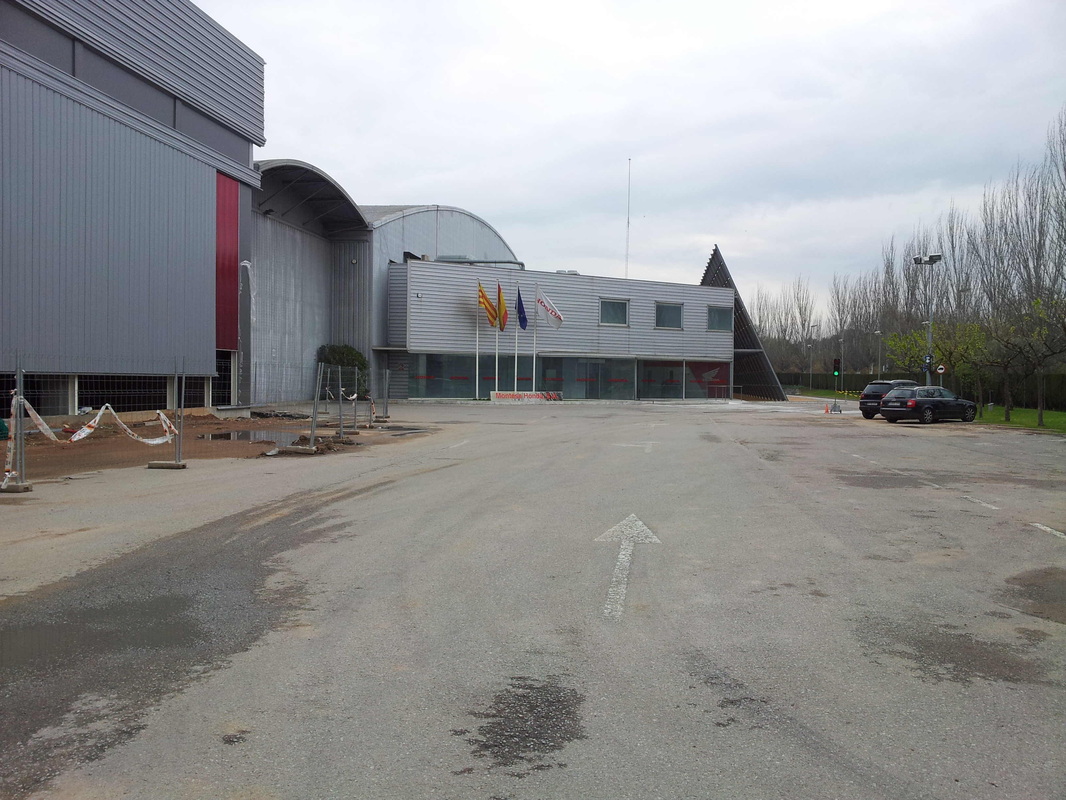 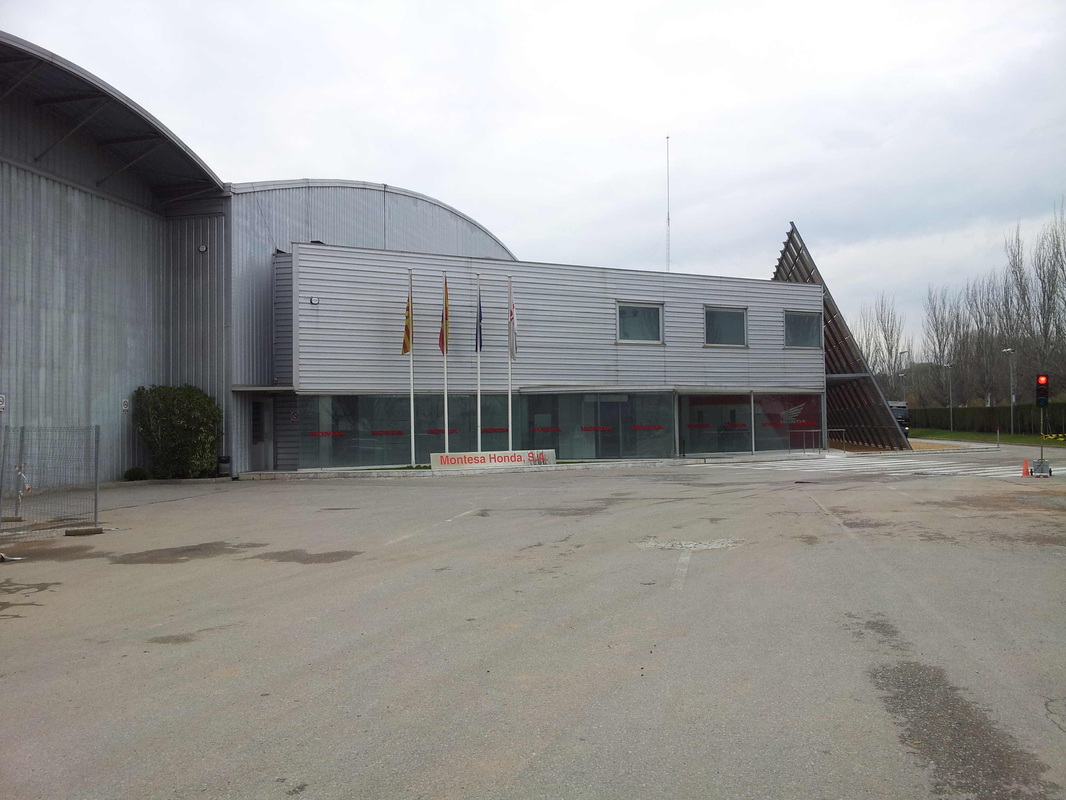 2013 Montesa Trial factory tour Toni Bou Takahisa Fujinami WWW.RETROTRIALS.COM
They checked our passes and let us wonder around this room. This room contained many actual special World Championship winning bikes.  I took some photos. In fact i took photos everywhere i could :) 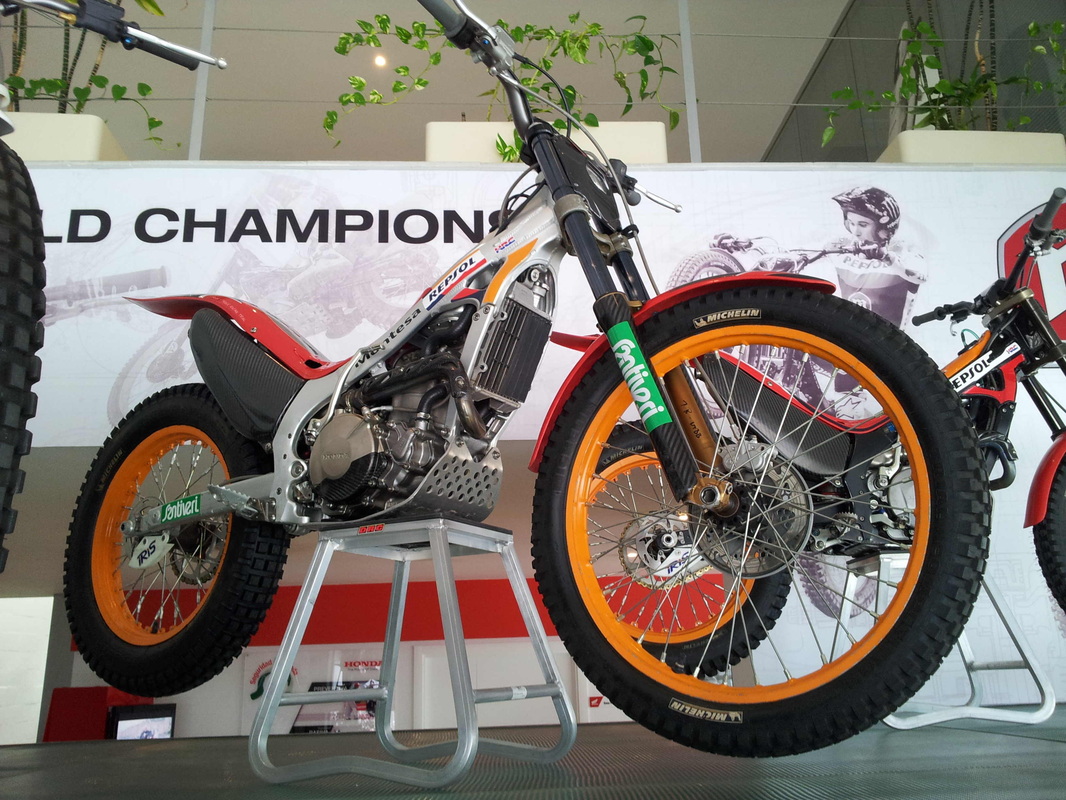 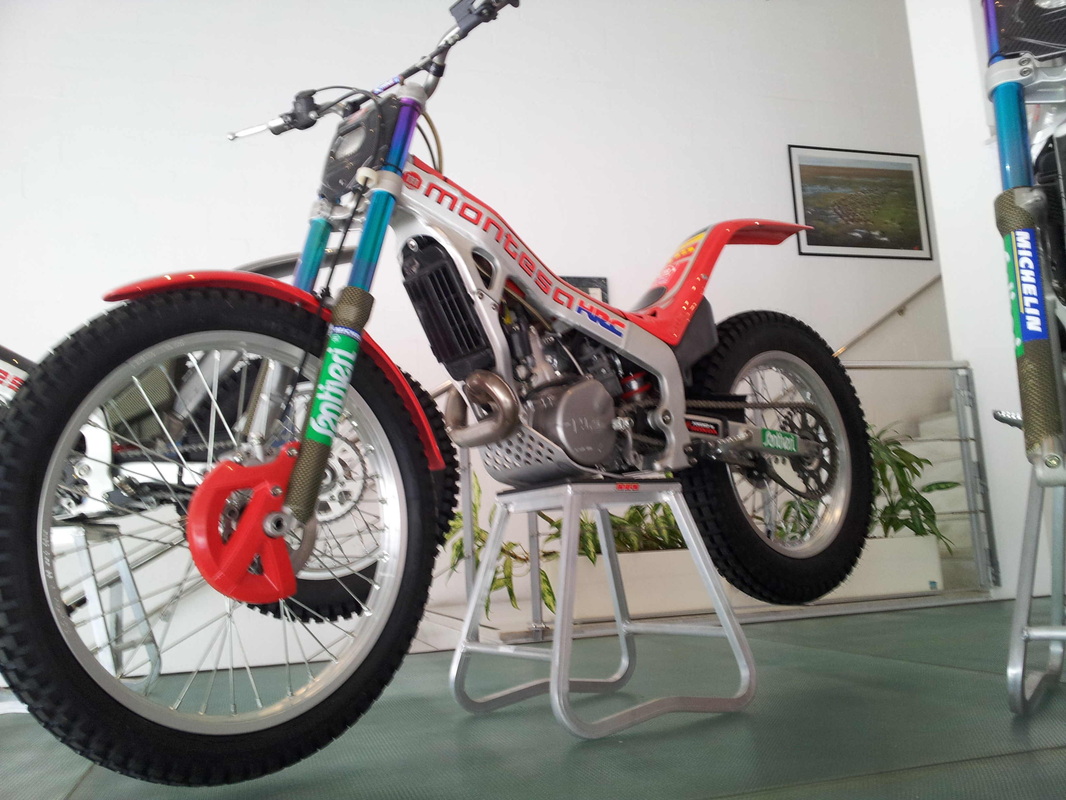 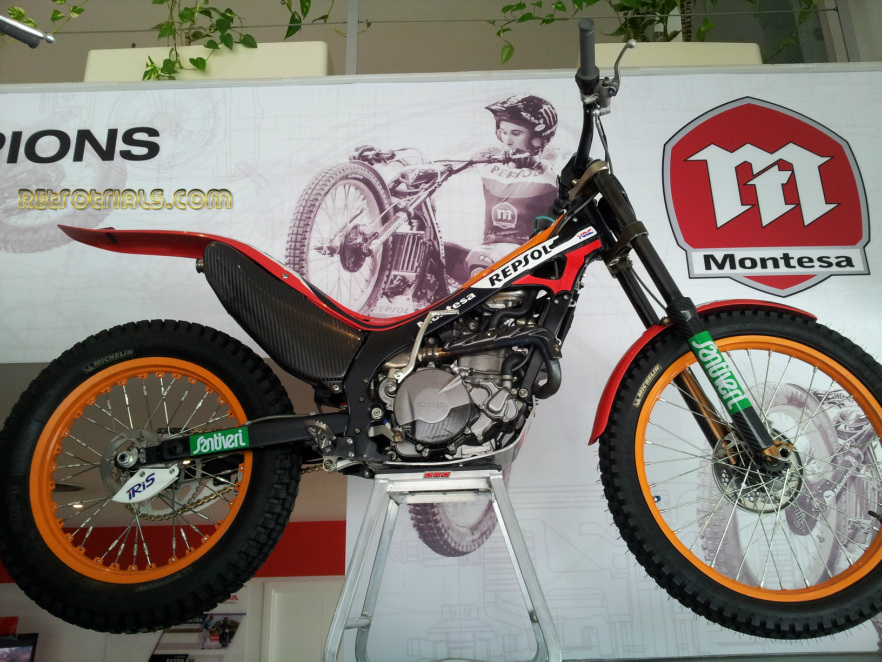 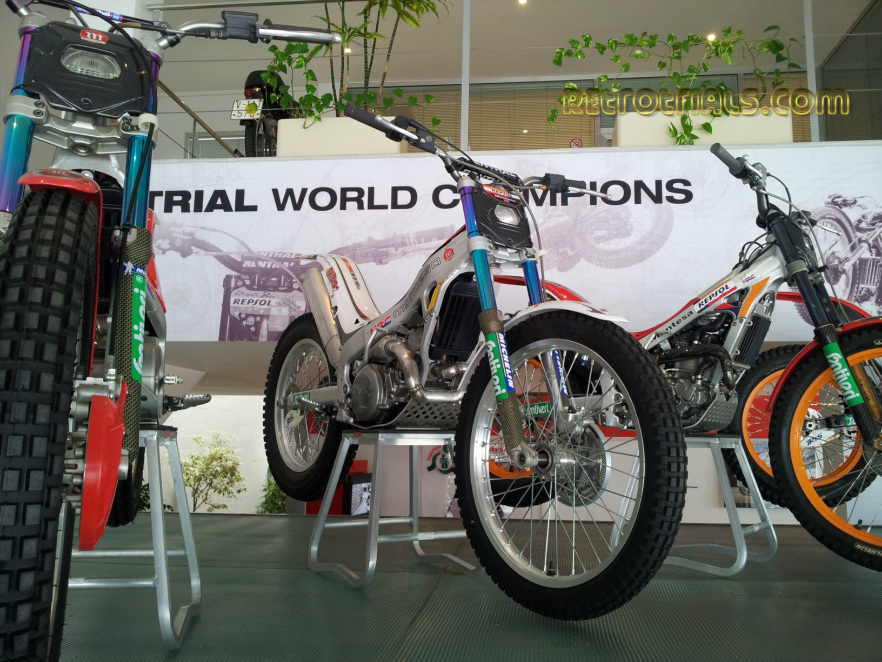