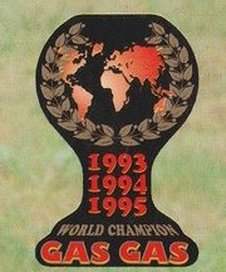 Exclusive Interview with GasGas co Founder Josep Pibernat www.retrotrials.com
One of the conflicts of any industry demanding improvement is that the public wants new things and the manufacturer to sell the bikes quick and bring the money in. Did you sometimes sell bikes with untested parts and then have to bring the bikes back for work because things were rushed?

No, no. We test first. Sometimes when we are sure everything is good then one parts is not good. This happen, but we try hard first. For example Fast Eddy, Paul Edmondson never broke nothing on the moto. Never. Miki Arpa we would break the bike and come to us. We would say “What has happened and he would say this thing breaks I don't know why”. With Eddy we make his gearbox and he rides in 10 competitions no problem. Then we sell. Some people, broken broken broken. Eddy was very good. He had good feeling. He no break anything.

You were often mentioned as being a crazy driver in the Lancia Delta. Your driving is slower now?

No, every time the same no ha ha.
Was it easy for you to get the GasGas bikes into the shops or did the other companies try and stop you?

No not a lot, only sometimes. Only very very few times.

Are you a man who always looks to the future and never looks back? Is this true?

Were you the Operations man at GasGas or were you the paperwork man at the factory?

Narcis was more political. I am more technical. I look after GasGas. Narcis had his office in Remoto in the next place. Financial is another people and their name in Finoles. Finoles is the grandfather of Narcis. I was good at the technical side and the pieces and Narcis was good with the politics.

He would keep people happy?

He would sell, talk and so on. It was a very good compliment.

Do you remember Andreu Codina? ﻿
Catalan champion Codina stayed within the industry by adapting. Starting as a trialsin rider he moved onto the motorcycles working initially for free for GasGas and then competing later in the World trials, he then became their World wide sales manager eventually moving to start the brand Sherco. He the left Sherco some time later and runs "TopFun" a European distributor selling cycles and accessories.
Yes yes of course. Andreu works very hard for GasGas and help us a lot. Andreu work all the time for us and of course he take money, a lot. He work in his house and take a lot of things and he go like this with GasGas. He put the bikes in the market and we pay for the trips and pay everything.

Andreu started as the rider and then he developed and became the business man. 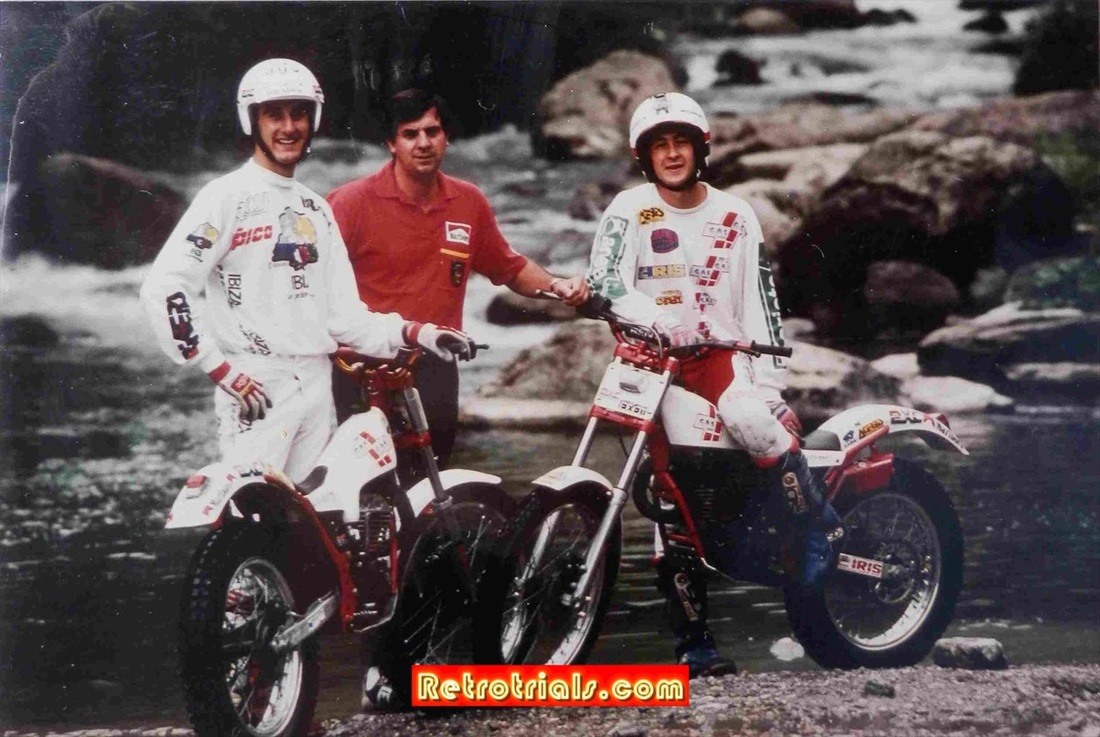 Exclusive Interview with GasGas co Founder Josep Pibernat www.retrotrials.com
Andreu Codina in action during 1987 on the GasGas 325cc Halley
Who was the first rider that you had?

Yes, Gabino Renales I think. He win in Belgium I think

Did you every go with him to the World trial or no?

Did you do a lot of work on the bikes that Gabino and Andreu would ride in the World trial?

Yes, they were standard. At this time the bike the top pilot ride with is the same we sells. Little changes were made like adjustment to the cylinder and also to the head of the engine, but nothing special.
Retrotrials met Gabini recently. The interview will published soon.
Whilst the aircooled models sold relatively well with World riders Codina, Gallach and Renales, the introduction of the watercooled models in 1991 was the companies next  significant step to success.
Retrotrials.com has interview both of these great riders recently and you will find a link to them at the end of this interview
Then along came Amos and is credited by the factory as significantly helping to catapult the company to another level. Despite Amos first riding the 91 green GasGas Delta  in World Trial , it was actually  the white Delta 250 proto which he test rode for the factory in Girona in 1990 and which he made his assessment before jumping from Fantic.
Lluis Gallach and Codina both developed the 1990 prototype watercooled GasGas riding it in competition.
Team ﻿GasGas 91﻿ Andreu Codina Amos Bilbao + Joan Freixas
Amos rode a total of 5 years with GasGas. From 91 to 98 apart from 3 years away at Montesa and Beta.
Amos Bilbao in 2013 with his collection of factory Trials bikes. You can read his interesting interview by following a link to "features" at the end of this interview. 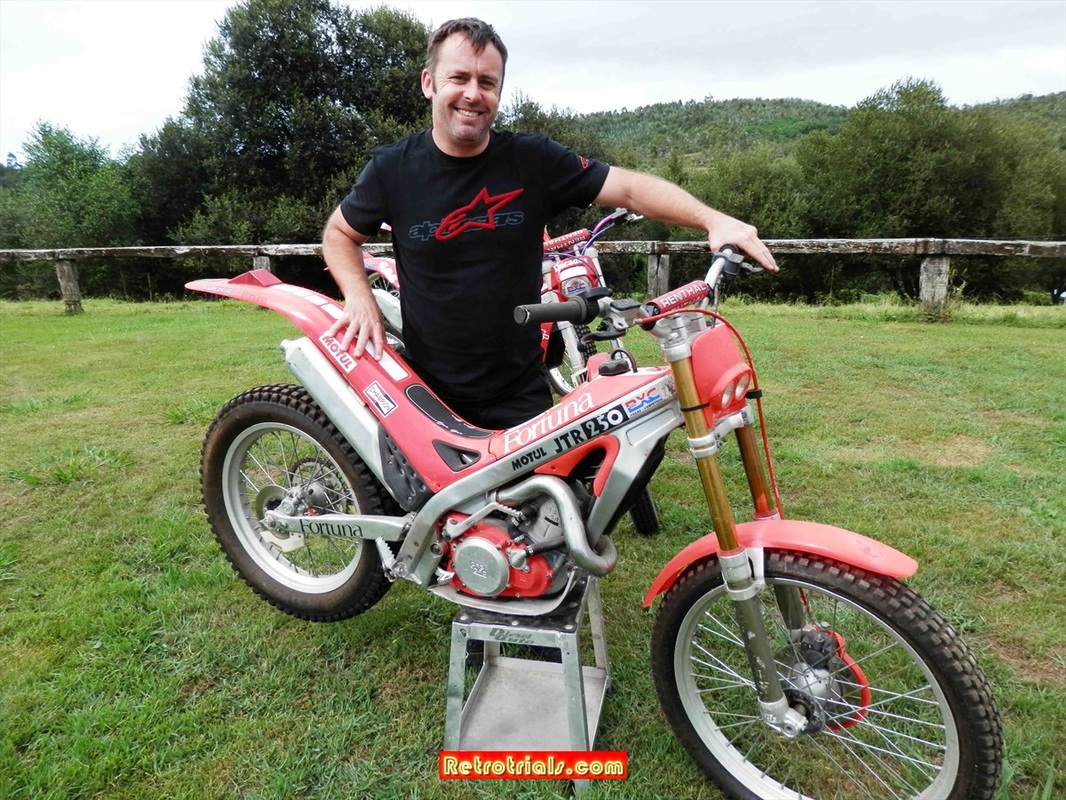