Did Mr Bulto take a personal interest in your riding career?

Yes, I can show you where later. I have some letters from him which are quite personal and which are encouraging me to do well. I only recently found the letters. They were in a box I was looking through. The box for something else and they discovered these old letters. 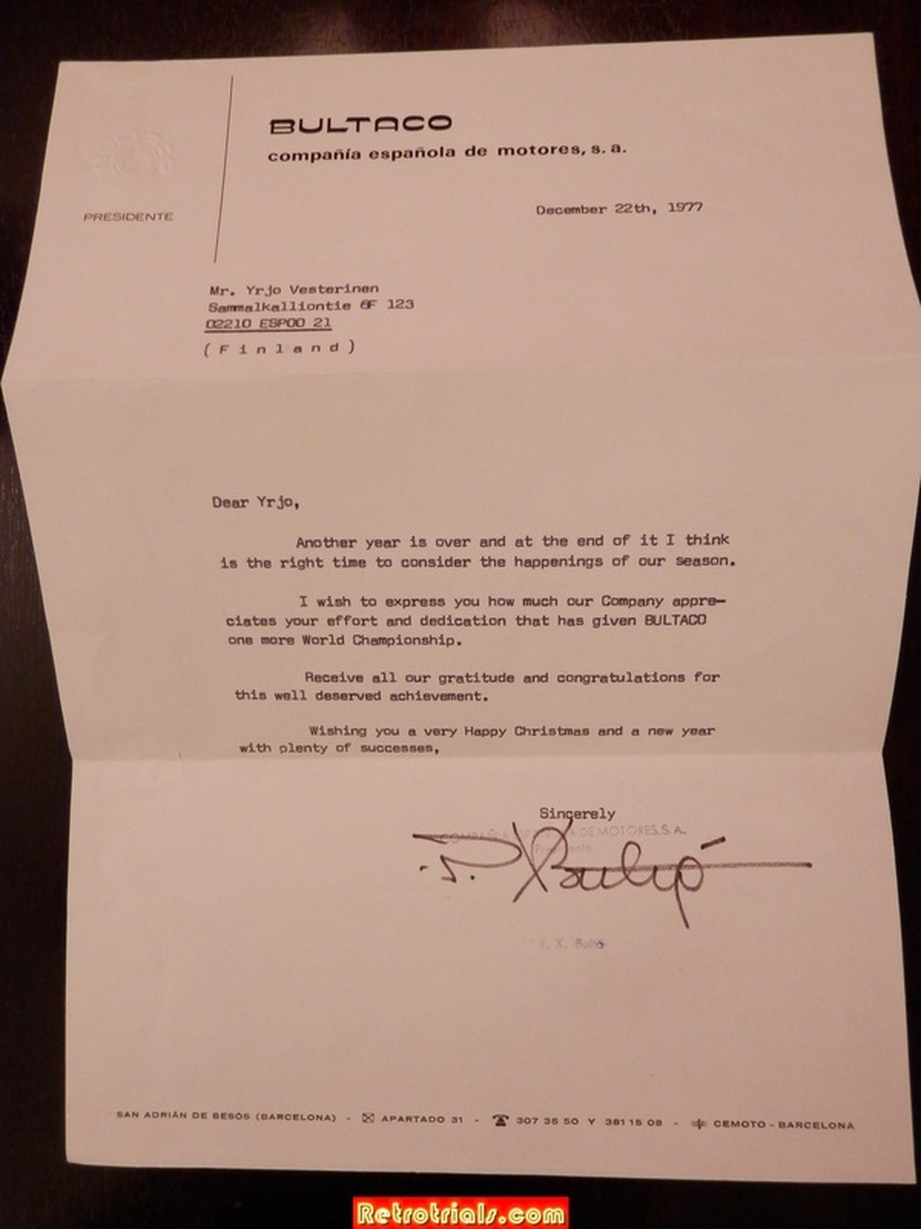 He was the same age as me. I think he is 3 weeks older than me and I would spend a lot of time at his house in France. What I learnt from Charles wasn't balancing the bike and it wasn't opening the throttle, what I learnt from Charles was really riding on different terrains. For example many riders from the South of England are good in mud, but they are not so good on rocks and the riders from the North are better riding the rocks are not so good riding in the mud and if you start from Finland and go to Sweden, Germany, England and Ireland, France, Spain and Italy. The terrain changes completely and the style of riding changes and you need to learn to ride all of that isn't good enough that you are a master in your own country. You need to be pretty good and be able to command a good riding style in all of those areas.

So the end of 74, were you pretty pleased with your fifth place at that point?

No, I was disappointed you see. 74 I'd finished 3rd or 4th in Saddleback Park, which was the first round and the next round was in Ireland and I was 4th there and I was leading the European championship.
1983 at Lagnaha , and as usual its a very tricky section. John Dickinson and the late and wonderful Ralph Venables look on. 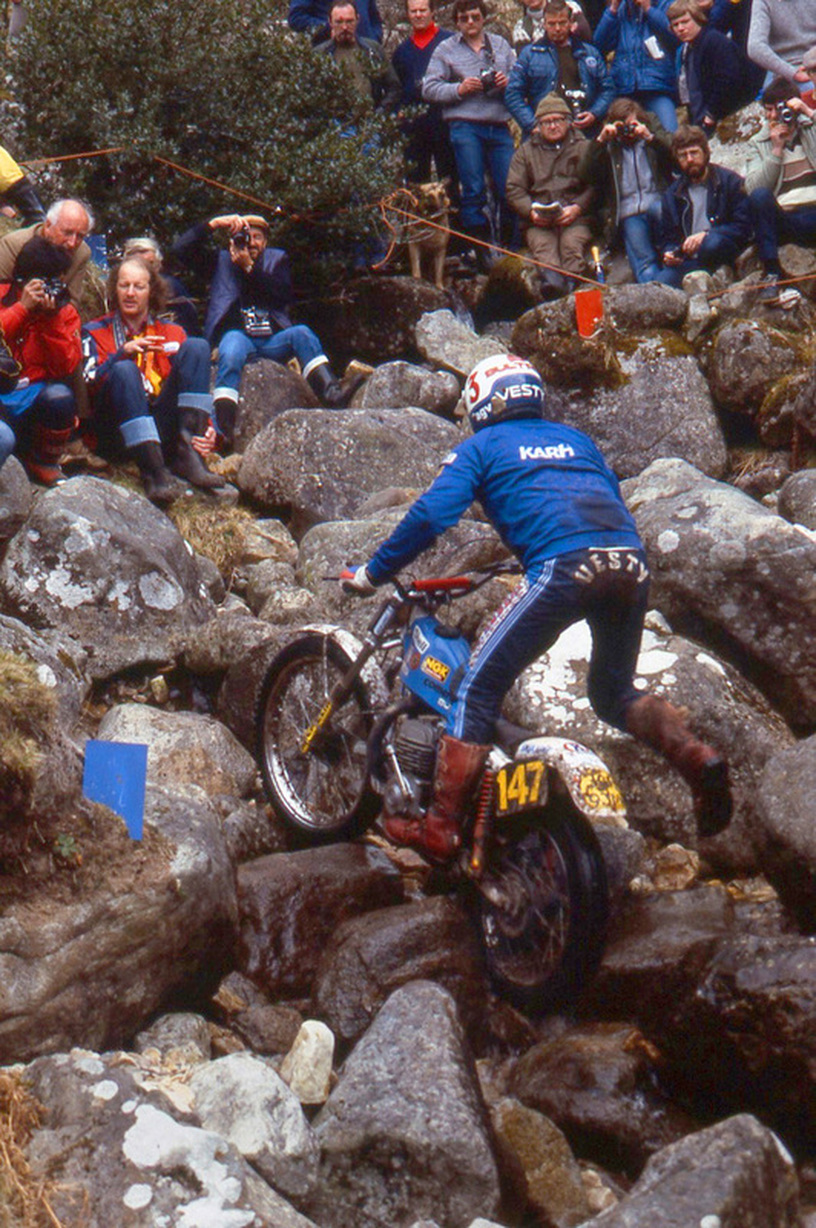 A detailed career interview with 3 x World motorcycle Trials Champion Yrjö Vesterinen photo Iain Lawrie.
To create a successful motorcycle company you have to create a dream first. Without a dream there is nothing. Bultaco were masters of creating a dream they said that if you buy this bike it is the same bike as the World Champions bike and you will be World Champion.

Bultaco have such a loyal following and the brand created so much more passion then as it does today. Montesa never really hit the same mark. I'm told by many people that there was never the passion at Montesa. People went there for a job. 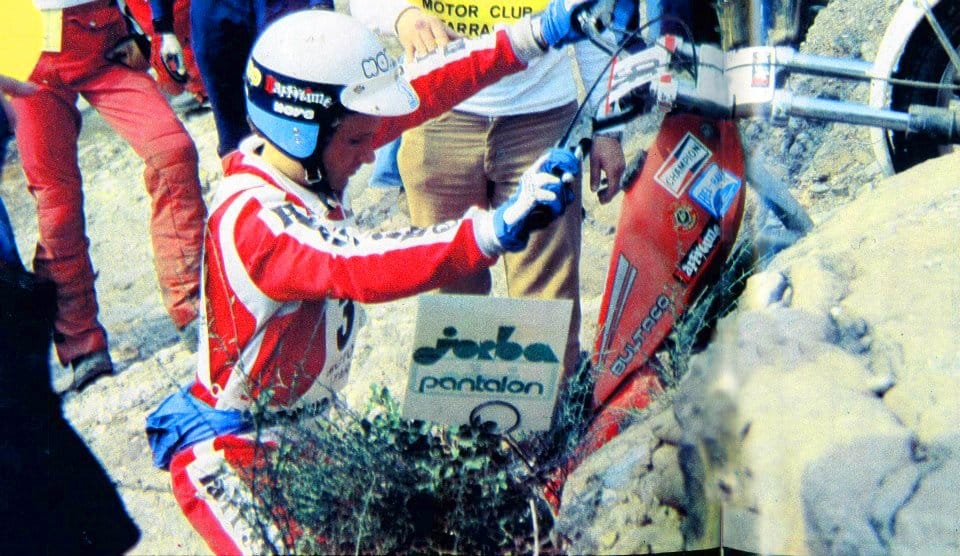 A detailed career interview with 3 x World motorcycle Trials Champion Yrjö Vesterinen photo Iain Lawrie.
Yes, it was more of a business, but also the bikes of Montesa were very heavy, but thinking about that, the bikes of Bultaco were also ha ha ha. On Montesa’s you could somehow feel the weight more, they felt even heavier although basically they were the same. They also never ran nicely, they always rattled, you could hear the primary gear noise and things like that. Montesa were better put together and better engineered but they never created the same joy to ride and in fairness up until Lampkin they really didn't win a great deal. 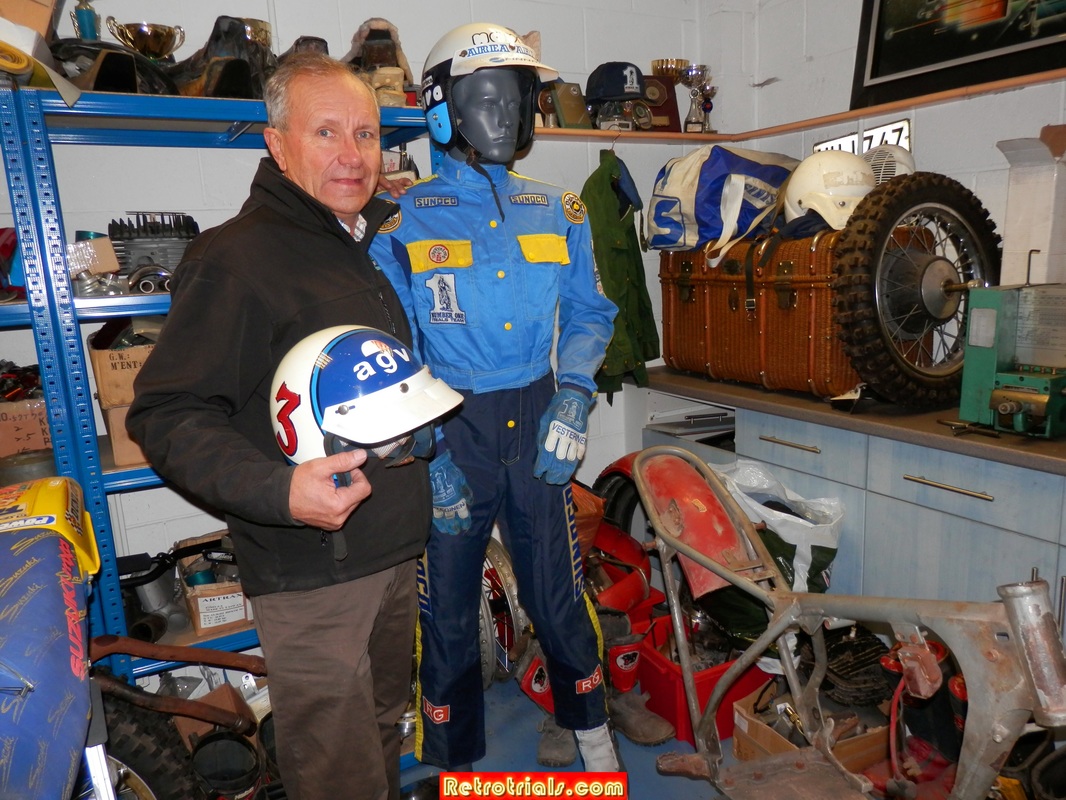