The Alfer Tx 300 in green was made during 1989 and into 1990. This photo taken by Peter Rhodes shows the Alfer invasion for the 1990 World Trial Merthyr Tydfil. In fact this was only the 2nd time that Alfer had turned their wheels on British soil. Whilst Steve Plain motorcycles imported the  Alfer VR range of Enduro bikes into the UK the Trial bikes were never brought in. In fact , even if the importer had wanted wanted some , its unlikely they would have ever arrived , as only a maximum of 60 were ever made in the San Cugat factory.

You will see the rear silencer . On the silencer is the sticker of Motos Felip. This is the small motorcycle shop up in the hills of northern Spain , not so far away from Paxau's workshop. It was within Motos Felip that Alvert Juvanty and Felip Gonzalez developed from complete scratch the Alfer .

In fact , Gallach's bike is neither of the 2 bikes you can see below . These 2 motorcycles were ridden by the 2 minders of Gallach . They were Albert Juvanty and Felipe from the now closed motorcycle shop up in the Spanish hills . 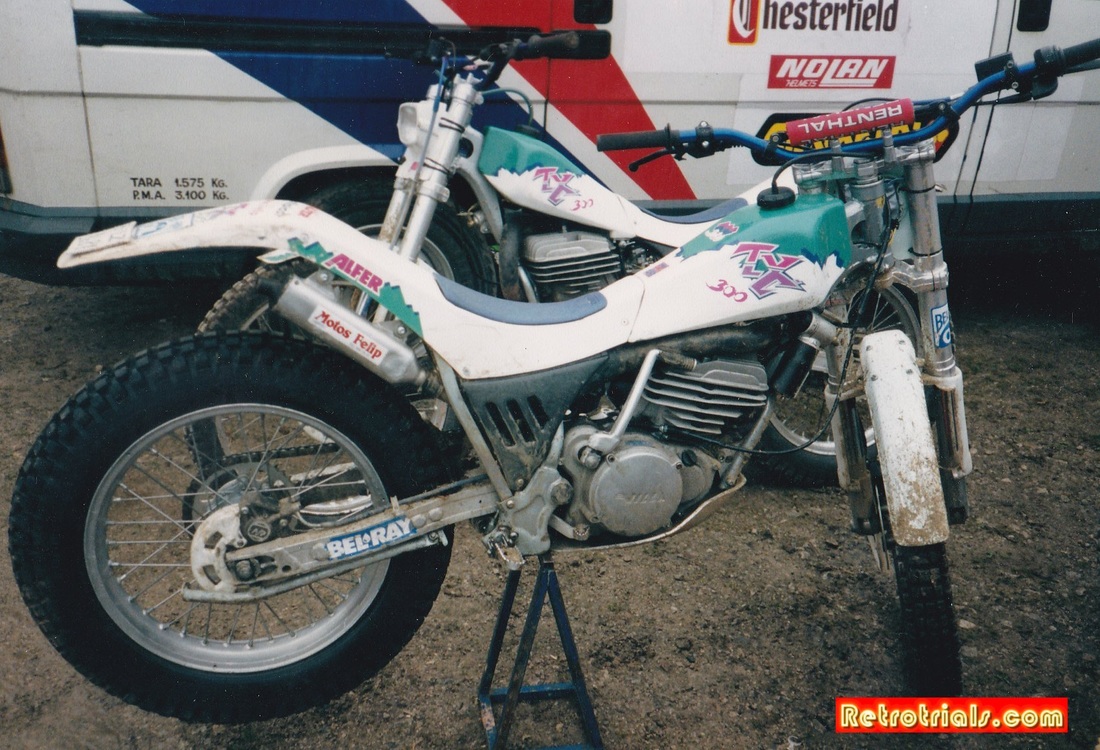 Rediscovered - The factory Alfer of Lluis Gallach
Below , in another photo taken by Peter Rhodes from the same Merthyr Tydfil trial car park you can see Lluis Gallach bending down by his Alfer. You will notice the distinctive non standard rear silencer . But of course we cannot confirm or deny a competition bikes authenticity from parts that are removeable. For example you will see that the rear disc guard is white , when Lluis occassionally also rode with blue guards also. You can see the handlebars are blue when in most photos they are gold ....and they certainly are not wearing that  pink bar pad :). Other photos show Gallach's bike as having the word Alfer stamped into the engine casing , but in the photo beneath it is blank. Remember , Gallach had only one Green Alfer bike so it was constantly changing as the bike was improved and personalised.

The 2nd photo taken by Gareth Roberts shows Lluis entering a section on the same Alfer with the distinctive non standard rear silencer.
So after kindly being collected from the airport we head on a one hour drive into the northern hills of Catalonia , untill we reached a small town very close to where Lluis Gallach actually lives himself. We then drove to an industrial estate. We were very close.....and getting excited 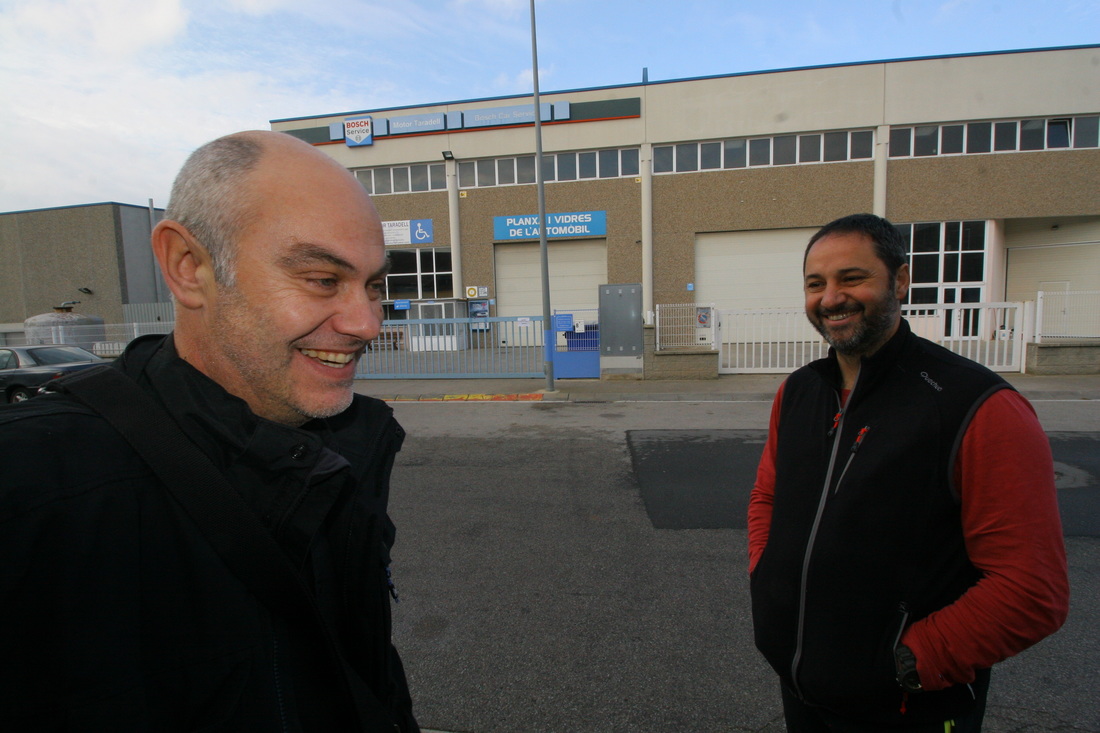 Rediscovered - The factory Alfer of Lluis Gallach
We then knocked on the door or an anonymous industrial unit . It was very strange . How could anything special be here ?