One day when I was at the Montesa factory, talking with the technicians, I talked to them about updating their range and making a water-cooled 125 motocross bike. They told me that they had thought about it but had a lot of unresolved questions, for example, they didn’t know what type of water pump to use.
.The late 70's and Josep stands with his wife Aurora by their stand at the Barcelona motorcycle show. 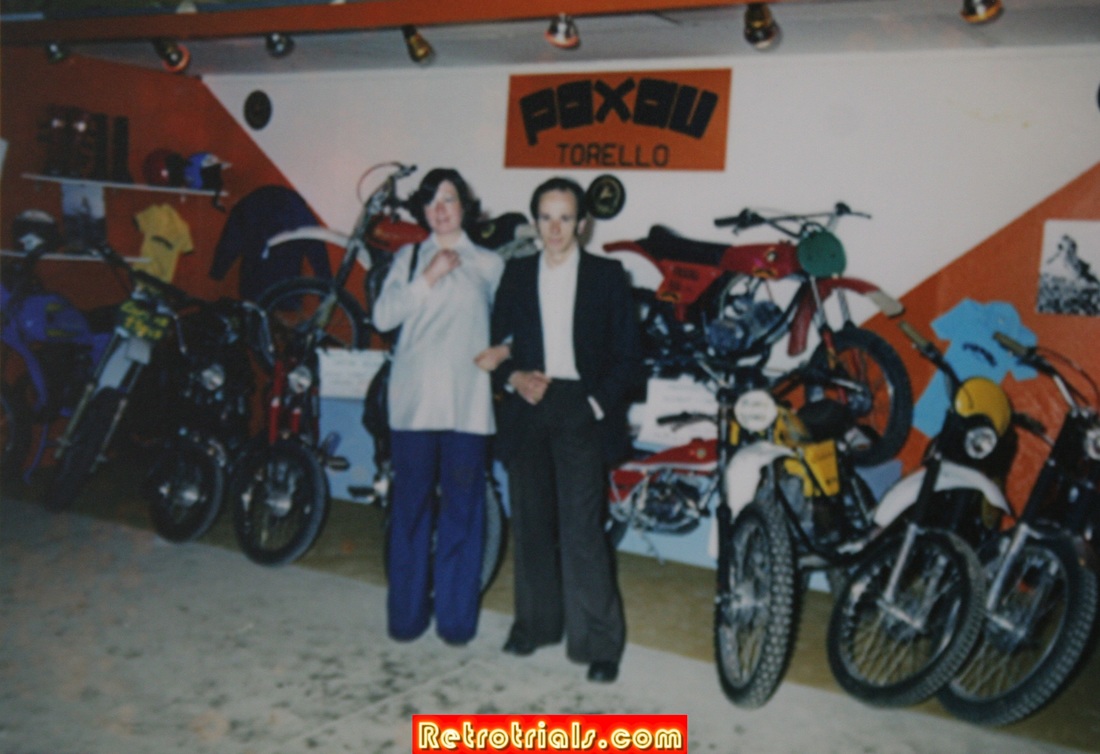 Exclusive interview with Josep Paxau www.retrotrials.com
In the end they thought about using a water pump from a washing machine. They showed it to me, of course it was impossible to use, it was enormous, it was impossible to attach it to the engine. I then offered to make them one in my garage. I asked them to give me a motorbike, they gave me a VB and I built everything, an aluminium water pump, I cast the cylinders, etc. Last time that we tested it on the test bench it gave us 32Cv at 11500 rpm when the official ones were 25CV and Derbi at 28CV. It was a motorbike that was faster by a long way. The riders were Sallent, Jordi Arcarons and Jordi Elias.
Josep working with the lathe 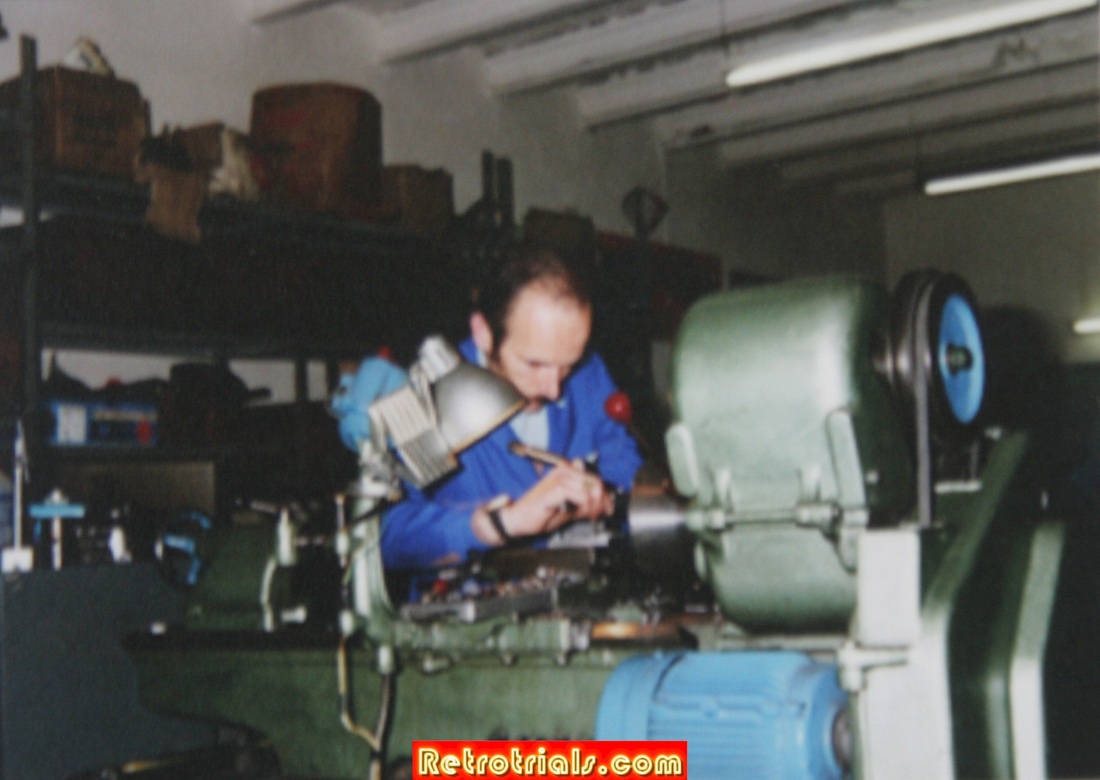 Exclusive interview with Josep Paxau www.retrotrials.com
​At this time Montesa started having problems so we didn’t discus how to implement this development into production.
After doing motocross I went on to do the official trials bike for OSSA riders, Albert Juvanteny for a couple of years. Ossa was in crisis and externalized the team. It was my responsibility to look after the team. I re-tweaked quite a few things and developed different parts but they didn’t implement any of these changes into production because of the crisis and subsequent closure.
This is the watercooled Montesa developed by Josep Paxau. Until recently this was in his collection. 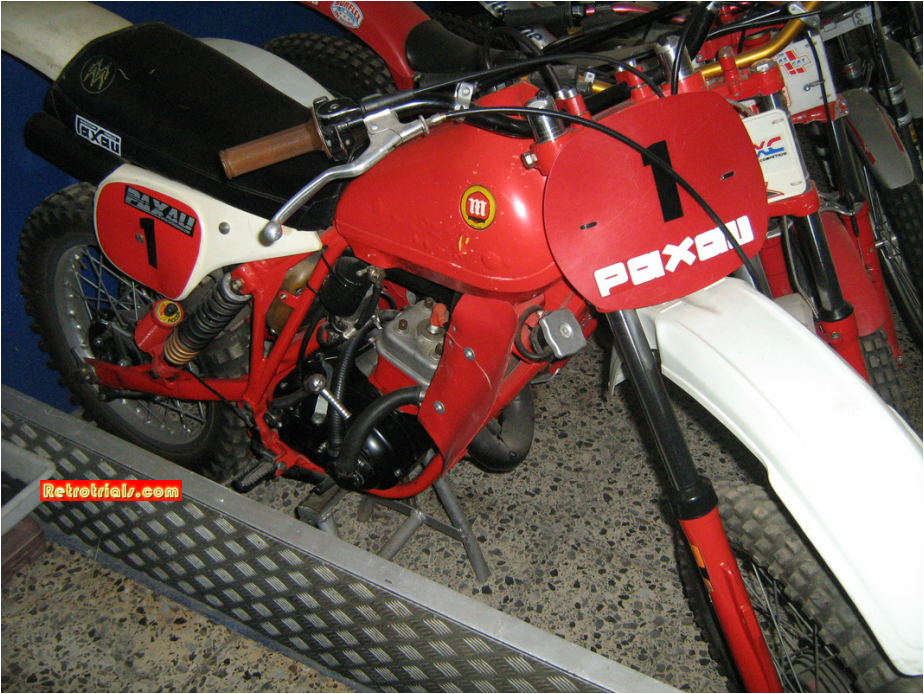 Exclusive interview with Josep Paxau www.retrotrials.com
RT: How were you structured? Were you an Ossa employee or self employed?

P: I was freelance and would invoice them monthly for what I had done and they would pay me.

RT: And after Ossa, where did you go?

P: I was in contact with Merlin because I knew Ignacio Bulto as we did national service together in 1983 I had a contract of collaboration for 2 years with him. In 1984 and 85 we were Spanish champions with Luis Gallach.

When I joined they had the DG350 and I started to improve it until I got to the Gallach Replica.
Josep Paxau creating a chassis using a special jig. The same workshop in 1985 and Paxau stands with a standard Gallach which he developed for Merlin along with the special mono shock Paxau bike.
Page 3