Very nice. The view over Girona was amazing. You could actually look down and see nearly all of the city.

Most houses in Spain have shutters on the windows. I'm sure you will have seen these. Spaniards do take security very seriously although personally I've never had a problem there at all. Not a jot of bother.

Piber's house had a twist on this. He built this house 20 years ago and when he was making it he designed in rising solid steel shutters that come out of slots on the ground immediately outside of the windows. The metal was lined on both sides with wood so that it looked better. It was all controlled by buttons in the room. It reminded me of the Jodie Foster film - Panic Room.

The shutters came up blocking out the windows entirely and encapsulating you in !!!!. It was quite a weird feeling.
After a shower it was back to dinner with Piber and his wife at the dinner table. Some soft pork cutlets I remember were very nice and the red wine also. Then after dinner we chatted until 2am. We spoke about so much. Piber was very open and did most of the talking. Time for bed, I was shattered.
Piber is immediately identifiable as being so passionate about Jotagas. He talks and talks and talks with great enthusiasm and passion like i had known him for years and years. He isnt anything like the stiff suit and company man i had considered he might be.
The next morning I awoke and raised my shutter to find someone was keeping a close eye on me. The east facing house had the bright light streaming in.
It was time for breakfast with a tall strong Spanish coffee and cakes. Piber was very smartly dressed in a blue chequered collared shirt and trousers. This morning I could see in his eyes, his business head was on. Conversation was shorter and I could see he had things to do. After a late breakfast Piber had a few phone calls to make, so I took a wonder around the house and grounds.
The gardens go on for a long long way past the huge lawns. There are quite a few surprises, that you'll see soon.
Up the wide driveway to the house. 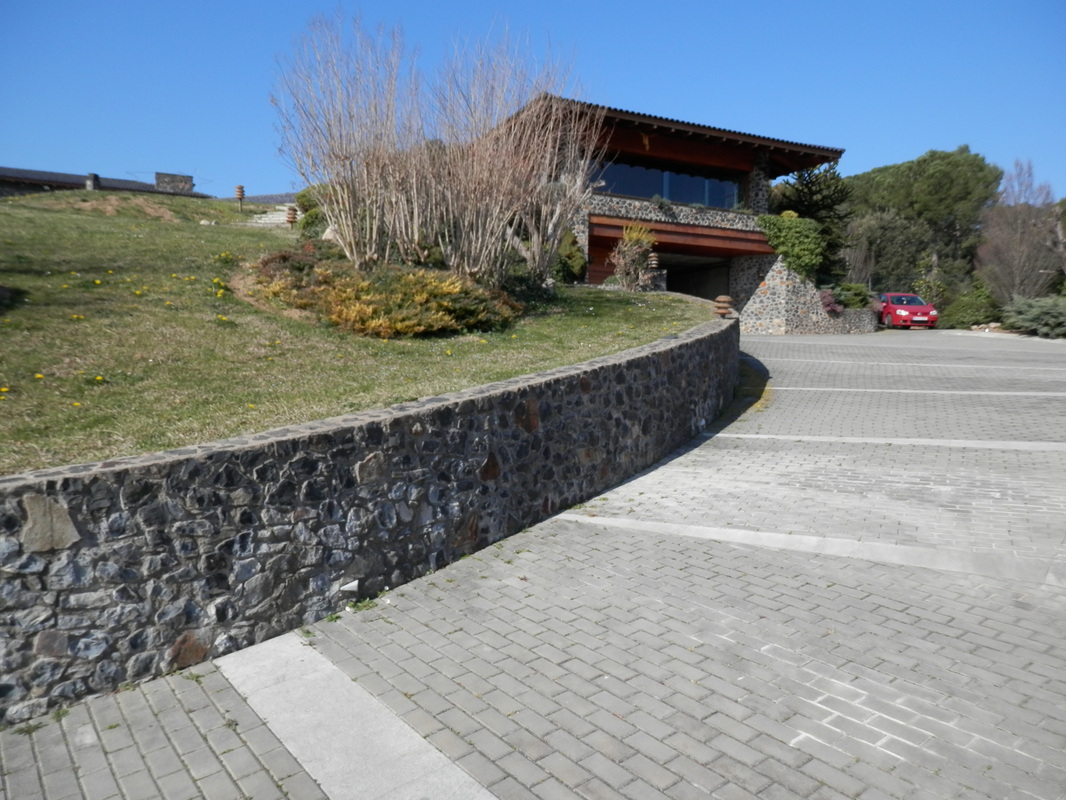