a revealing ​Interview with Mecatecno and Montesa Rider
​Ronald Garcia

You started first in the junior category and then you move up to senior and then higher to the super professional category with Gallach and Tarres. How old were you when you reach the super category ?

I won my first year in junior in the Spanish Championship, then later when I was 18 or 19 I won the senior Championship, both of these were in the Spanish Championship. When I am at this stage, the Federation say to me you cannot be senior anymore, you're now super. I was 18 at this time and I had won the Senior Championship riding a Fantic. This time I am good friends with Jaime Subira and I go training with him and my father buys a Fantic from him.
This photo is particularly topical. Here Jaime Subira is being interviewed for TV3 at the Granollers Indoor Trial. In the background Ronald Garcia on the left speaks to sponsor Albert Casanova and Mecatecno main mechanic Joan Ruiz. 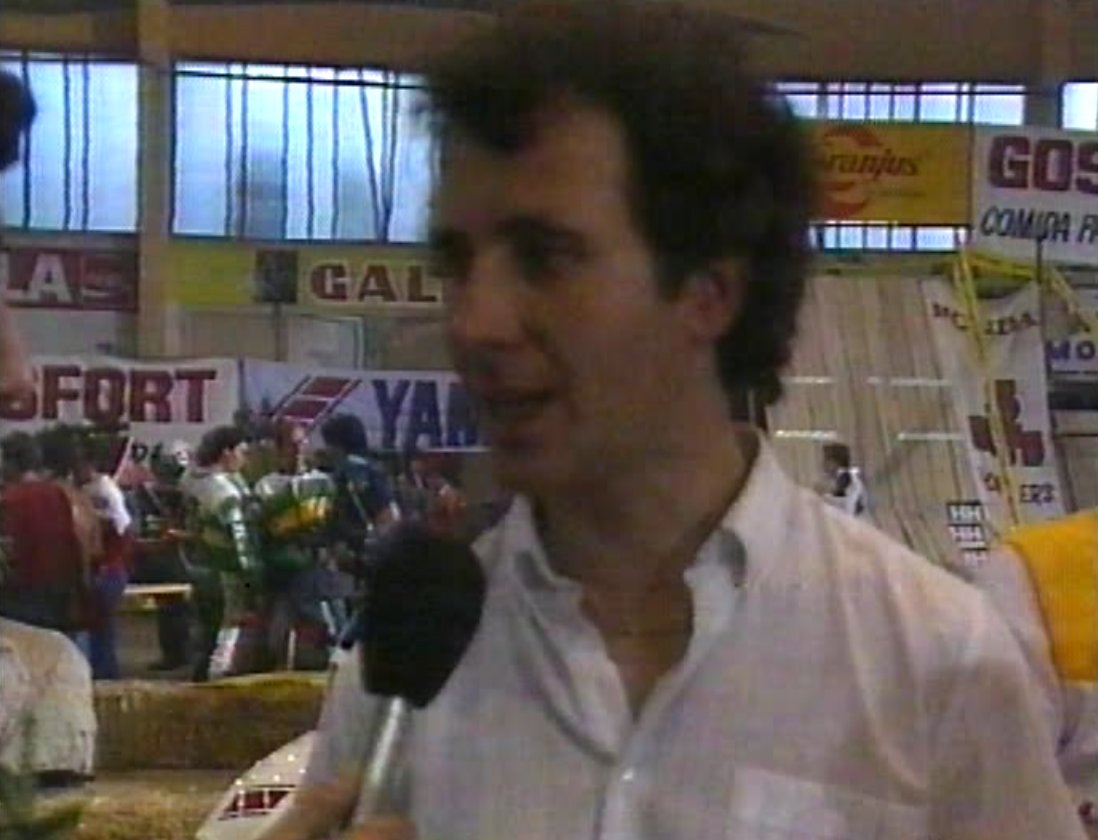 A revealing ​Interview with Mecatecno and Montesa Rider ​Ronald Garcia
I then spend much time with Jaime training and working on the mechanics at his house. This was the Fantic 240 model. For me, this was the best Fantic mode,l it was an incredible bike. I always say that I remember having most success on his bike at this time. I am not getting any help riding the bike, it is just me and my father paying for everything. When the Federation say to me I must be riding in the super class, they still never help me with nothing, this time I am riding the super class and the Spanish Championship, all around the country. At this time, Montesa call me and make an agreement with me for me to ride with Mintesa. At this time Montesa, I have Andreu Codina as a rider and I'm riding with Andreu who rides the Montesa 330 bike. 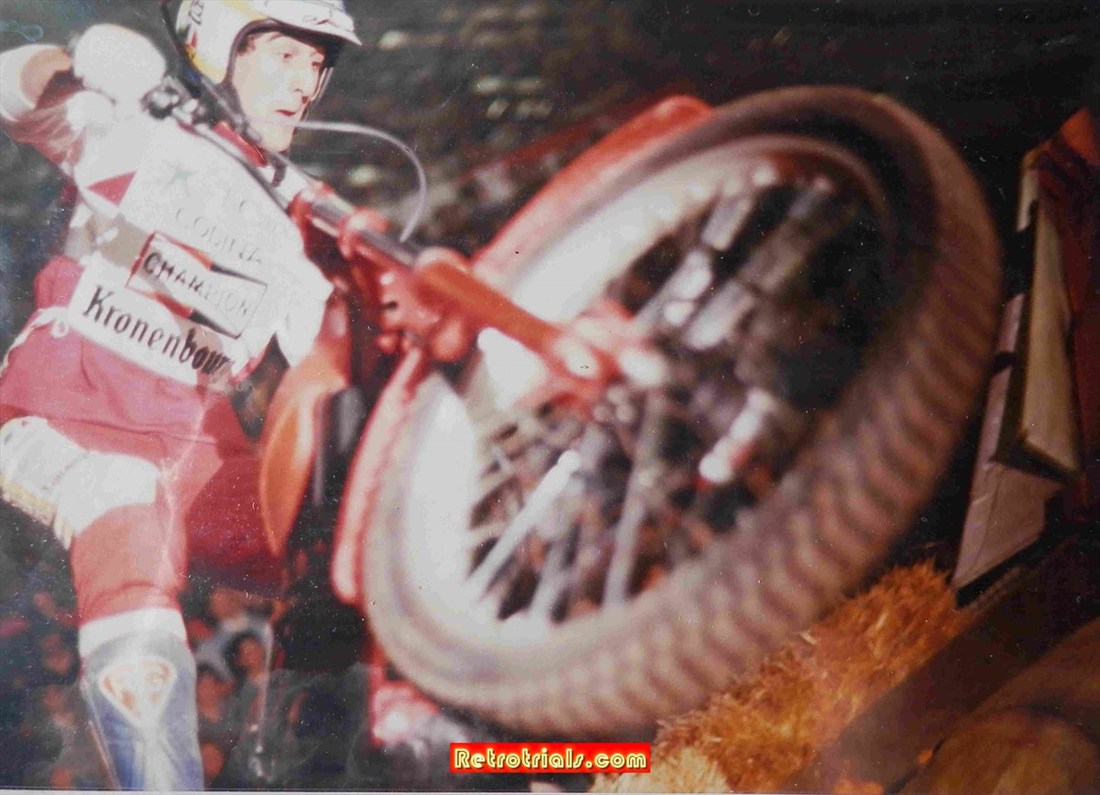 A revealing ​Interview with Mecatecno and Montesa Rider ​Ronald Garcia
So Andreu is riding with this 330 bike and I am riding with the 242 Montesa, the white bike. I am 19 at this time and I ride the Spanish Championship. I ride the Junior class of the Spanish Championship for 1 year with Montesa and then the next year my first trial is a World Championship, a round in 1985 in Belgium. I say ‘what am I doing here’ haha.
When I was at Bilstein I watch the Eddy Lejeune training. He was incredible, his house was very nearby and he spent much time practicing here, as he uses one of the few places in Belgium for trial. Eddy would make sections that for me were impossible.
Ronald Garcia with Michaud and a young Jordi Tarres
Page 3