Page 2 .
How old were you when you got this first bike?

And you start the competition when you were about 12?

I started my first competition when I was 13.

What club did you belong to? Was it the same club as Josep Isern?

Not really, because that was a Montesa club and I was riding Bultaco ha ha

He has a very good point here. Isern would barely speak with you if you owned Bultaco. One of the battle grounds of the wars between Bultaco and Montesa was right here in Martorelles and believe me, they took it personally.
The club was another motorcycle dealer in Mollet which afterwards disappeared. This was the place that km.2 started first. When this shop closed Albert Casanovas started the business in this shop. It was called the Scottish. The name of the first club that was a shop was called the Scottish.
This was in the same place as km.2?

Because the founders of km.2, Albert Casanova and Jose Rodriguez, Albert Casanovas was a seller, a commercial guy at Isern. Rodriquez was the mechanic at Isern so they went out from Isern and they create km.2 in the place of the Scottish because the Scottish disappeared. The Scottish was different people. Later the km.2 go to a different place which was bigger. This was near Granolles. It was very near to the Catalonia Circuit, you know the road race circuit.
Below is an Isern photo of Jose Rodriguez in the white jacket standing next to Albert Casanova in the cap. Gordon Farley is in the centre. The next 2 photos show the 2 locations KM.2 operated from.
I can't tell you how badly I want to get into this shop. I have visited this place 5 times. The shop is closed but opened by appointment. I managed to locate the shop owners and offered them a lot of money to find the original documents for the business which were left inside. They say they were thrown away.

WWW.RETROTRIALS.COM Gabino Renales Interview
After school, did you go to college of university?

I went to college and I finished my course but then  I was 17 and then I had to decide whether to go to university or to keep doing trials so I decided to form my career on trials and I was 17 at this time.

Were you sponsored at this time?

Yes I was, I was at this time sponsored with the factory when I was 15. It was in 1980 with Ossa and then I won the Spanish Championship on Junior category. I was 15 years old.  Then I spend a couple of years on Ossa and then Ossa closed again and I went  to Merlin and I was there until I was 17 and it was then that I had to decide if I keep doing this or go to more education. At this time Spain was not ready and the Spanish education system was not ready to assist and help the activities of sport. They had no flexibility with the classes to help so you had to study or sports.

So you never had a proper job like the rest of the world, you were just straight into the motos?

Who was the man who spotted you, was it the man from the Scottish?

The owner of the Scottish was a man called Josep Gaso. I was actually with him at the start and he start to help me somehow etc, but it was in 1979 after a race in Ibiza, the 2 days of Ibiza, there were the people from Ossa that came to me and said to me, would you to sign with Ossa. You are very young, we want to create a new structure and we have just signed Toni Gorgot who was the Spanish Champion but we want young people as well. The name of this person was Carlos Jorda. He wasn’t really working in Ossa but he was very close by and he somehow advised the Ossa race department and at that time Pedro Pi came to me and said “we want you to sign with Montesa” but I decided to go to Ossa because my hero was Toni Gorgot so to be in the same team as him was absolutely amazing.
The Spanish Trial legend Toni Gorgot today and in 1983 on board the Montesa Cota Magnesium wheeled prototype
﻿And who did you used to practise with when you were a young lad?

I practised with Salva together, Salva Garcia because we both lived at the same place. But at the beginning it was Salva and I and some friends. It was very close knit. We did our own way. We went to the races, to the trial and we did the races etc, but training we were independent and did our own thing.

What can you remember about the Merlin days ? Did you start with Merlin at Fornells, or before?

Before Fornells in Villanova ….right from the beginning. ﻿
The very birth place of the Merlin marque and the first factory. 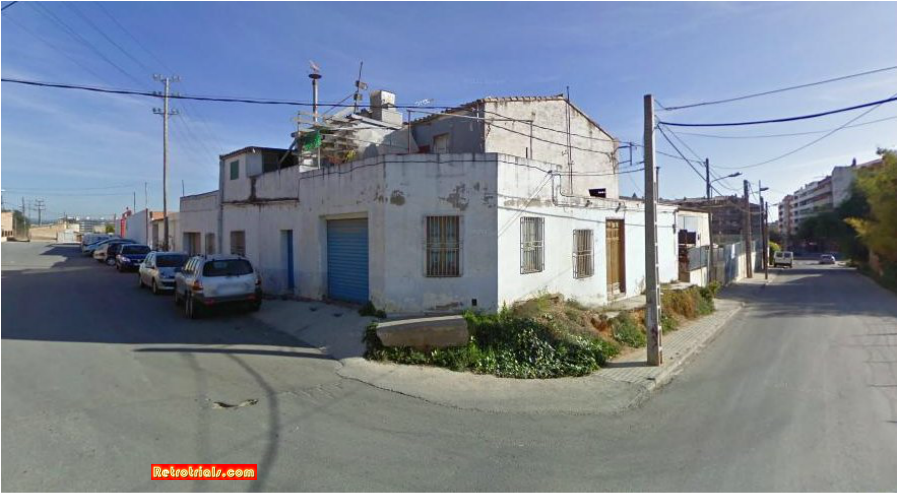 WWW.RETROTRIALS.COM Gabino Renales Interview Photo Isern
You ride the Scottish on this bike?
Yes, this was my second Scottish because my first Scottish was with Ossa in 1982 and then in 1983 I rode the Scottish with the Merlin ….yes.


Did you enjoy the Scottish?

Yes, I really did. I think that year I came 7th. I think I was the 2nd newcomer, because the 1st newcomer was   Thierry Michaud ha ha so I was second.

You started riding the World Trial with Merlin?

Yes, with Merlin, but before I ride one trial world with Ossa in Italy near Riva de Gardia, but I was very young. Then in 1983 I did  my first World Championship race in Finland and then the next, the week after we were in Sweden and I finished 8th. This was  my first points because at this time only the first 10 get points. I got my first ever points here.

Antonio Cobas with Jacinto Moriana
Actually Cobas was the first that created the new shape of the chassis, the frame. Then they decided they wanted to make a trials bike and it was obviously a very exciting project. It was totally new bike with not two shocks. It was mono shock. Brake discs, 2 chains.
This was something that was too much. It was too much and to revolutionary but there was a philosophy behind that but actually on the paper it should work well. In the practise it was not easy. The psychology behind having two chains was because with one chain when you open the throttle the chain tense. You have three points on a motorcycle and when you open the throttle the chain pulls to close up the three points. Then there is the ground beneath you and you cannot go further down than this the problem is that the suspension gets tense and it doesn’t work. With this new system on the new bike it makes the suspension the same, whether you have gas or if you no have gas. This new system was totally independent. You opened the gas and it doesn’t matter, because the suspension doesn’t change. The suspension always change properly. That is the psychology.

The practical side to this was that we were so much used to the feel on the bike and the chain, that this new system totally lost the feeling of where we had the back wheel. So it was very very strange. We lost the feeling of the back wheel. So it was very good for the suspension but from the perspective of the rider…you got totally lost. It took a while to get used to this.

Did you help to develop the JJCobas bike?

Yes, we worked so much, so much. At the beginning we start with a Montesa engine then we decide to change to Bultaco so we were so busy. The suspension was based on the theory but then we discovered that trials is not like road race and we need the suspension at some point to get hard because you cannot pass the step. Somehow it was too soft. It was very good at absorbing everything but when you get to the step it didn’t rebound so we had to work very very hard. I remember working with Antonio the whole night with the computer. The amazing thing was that he has the suspension in the computer so we had all of the set up         in the computer and not in the bike. This was the first time that this computer was used in trial.

Did you work with Toni Gorgot as well?

Yes, but Toni Gorgot was somehow his last year of his career. Actually it was not even his last year. He decided the year before to retire …so it was only because he had a special relationship with the JJCobas owner Jacinto Moriana that he decided to extend and stay one more year. Due to all these difficulties Toni said, I’ve had enough of test etc etc. I want to practise and be at home and do my business which he had already taken from his father. He was living in the north of Cataluña and it is far away from here. He was not really focused at these last moments of his career so I was young, I was passionate and hungry of victories and doing things well, so I was the one who was really pushing with Antonio.
Obviously when we came across something that we thought was an improvement then we passed it onto Toni, because he is  experienced and he was the one who would say “ok, we are on the right track”.

Actually, I won two Spanish Championship races on this bike which was very good. It was only one year and then they started the  production but the project got turned into something much more complicated than planned and Antonio Cobas started to start                      his season with road races so he couldn’t spend time with the trial project which was too tough.

So it went well for development but not for production?

JJCobas fizzled out as the money wasn’t coming in and it was time to wind it up.
The JJ Cobas team of Trial and predominantly road racing was bank rolled by Jacinto's car and motorcycle dealerships as well as Tobacco advertising. In the final years of the company JJ Cobas developed and unveiled the Braun Cobas Road bike which was available to the general public. Only 20 were ever made.