How did you get involved in Jotagas

Well, in all fairness the initial cry goes to Heath, as Heath said “I’ve heard that Jordi Tarres is making a trials bike”. 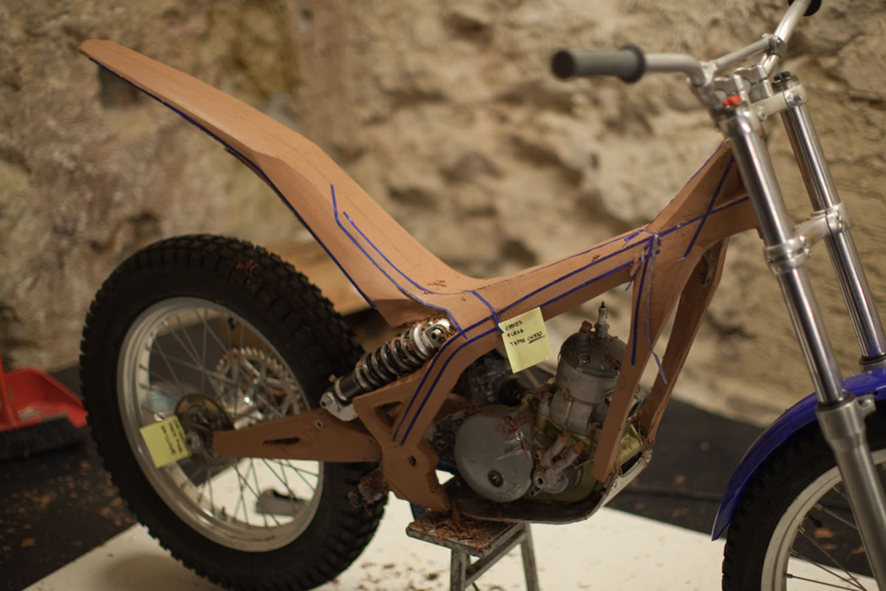 STEVE SAUNDERS INTERVIEW WWW.RETROTRIALS.COM
I said “really”. A bit of time went by and I made a few little enquiries and found that something was going on and then I tried to find out who I needed to speak to and I couldn’t. Heath being Heath phoned me and said “there’s a website gone up, it’s called Jotagas and it’s the one that Tarres has been involved with, get on your computer then”. So I had a look and digested it for a couple of days. I then thought that if I don’t get on the case here, I’ll regret it as someone else will be on the case. I fired an email off to someone at Jotagas, not knowing that it was Marc. I had met Marc before but I didn’t know this at the time. So I got a couple of emails back saying we are nowhere near ready to do anything but that they would be back in touch with him. This was at the start of 2011. After a few months I fired another email off to Marc letting him know that I was still there and still interested and wanted to come out and see things. Marc said “come out for a chat”. This would have been the end of May / June 2011. I went out there and wasn’t allowed to see anything . I was told what was going on with the factory. I was literally just talking. We spoke on the first day and on the 2nd day he had obviously gone away and spoken with others at the factory. He came back and said “I’m allowed to take you to Jordi’s house “. 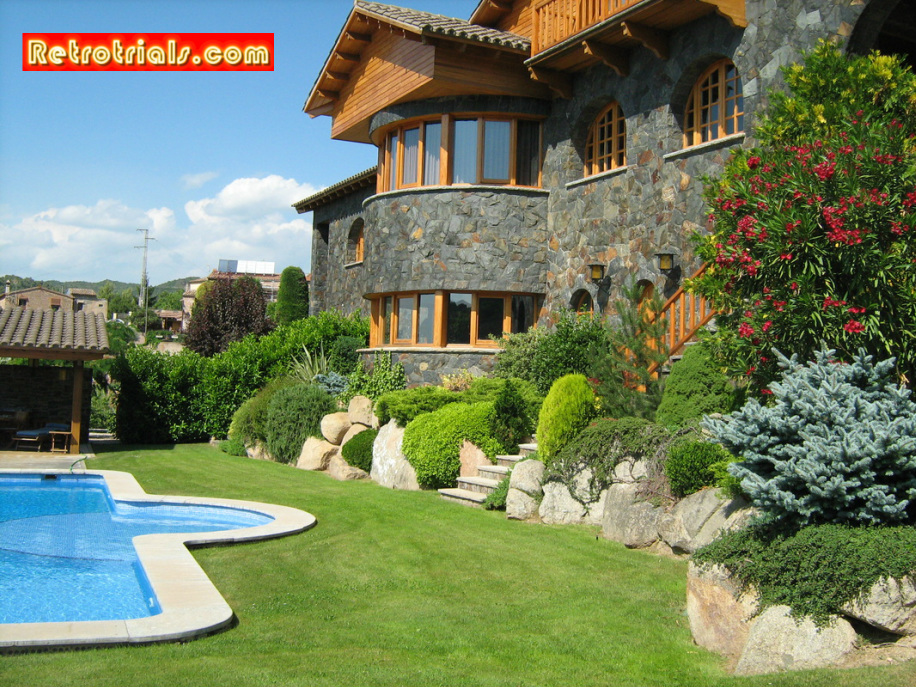 STEVE SAUNDERS INTERVIEW WWW.RETROTRIALS.COM
I then went to Jordi’s house. Previous to this we had just been talking in a hotel and Marc had taken me around Barcelona, shown me the sights and done the hospitality. Then we went to Jordi’s house and I saw the weird cut and shut gasgas (this chasis was used as an early test bed for the Jotagas single shock system.) 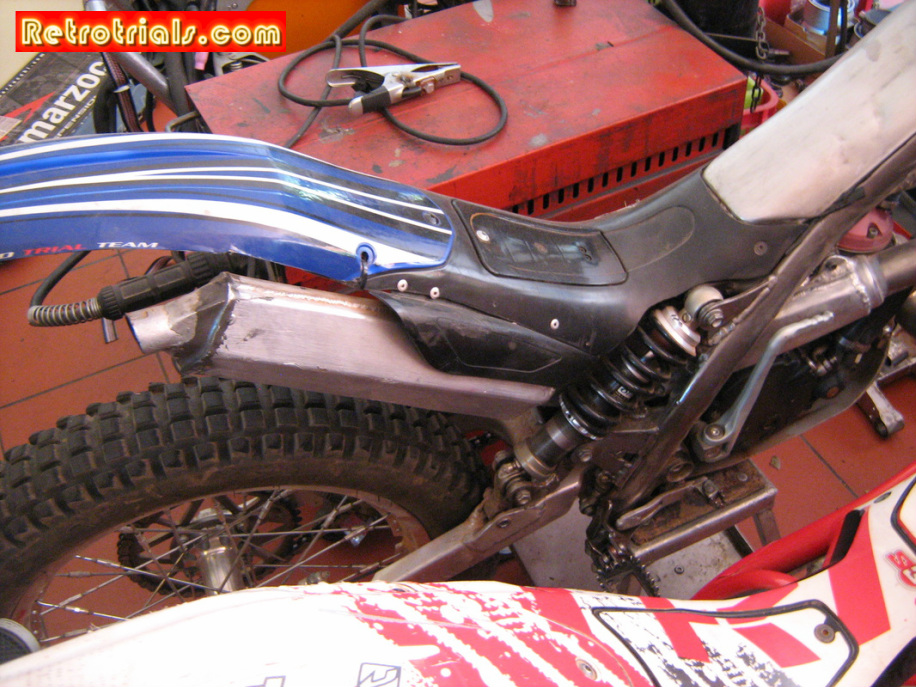 STEVE SAUNDERS INTERVIEW WWW.RETROTRIALS.COM
We came back and discussed a few bits and pieces, he didn’t shake my hand at this time and say it’s yours Steve. We then had a few business proposals to put to them and then at the end of August we had a phone call from them, saying that we’d like to meet you again and that we’d like to offer you the importership. This was in August 2011. They said they needed to discuss a lot more so Sarah and I went out. We went to Jordi’s and we went to Alcaniz and saw the way things were panning out. We were presented with a contract to sign if we wanted to 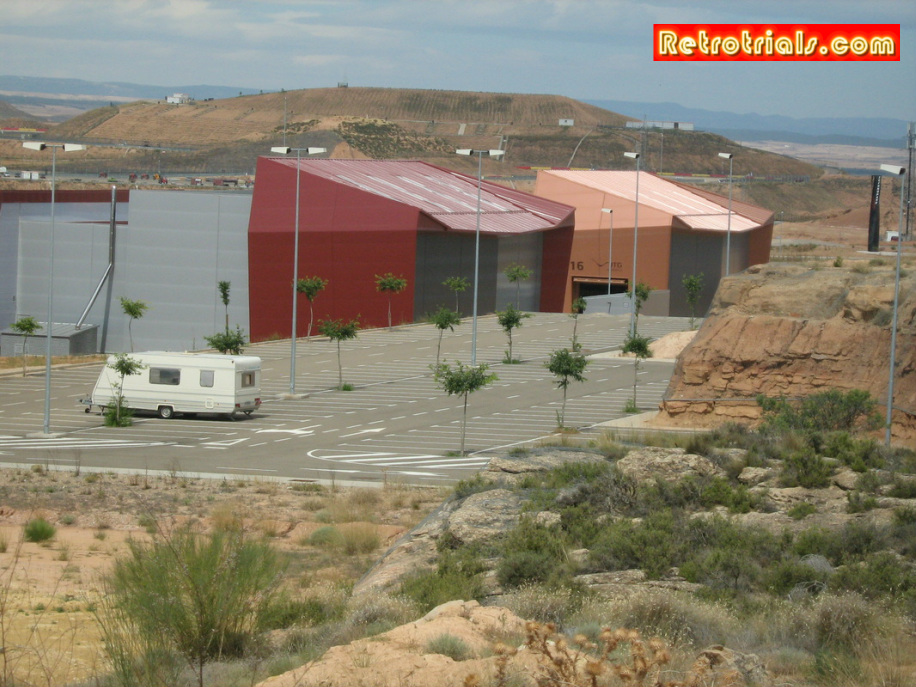 STEVE SAUNDERS INTERVIEW WWW.RETROTRIALS.COM
The Jotagas is obviously not my baby because it is Jordi’s baby but it feels, I suppose I’m an adopted father to it and I really feel it is my baby and I absolutely absolutely love everything Jordi and the engineers have done with the bike, absolutely love it.


I think they’ve done an incredibly good job and I am realistic and incredible proud and protective of the little baby as well. It’s not a box with metal inside the box to me. A box comes and it’s a cardboard box with bits of metal inside. That’s what a motorcycle is, isn’t it. But no, it’s not that. Inside this box is something special and I honestly believe there is something special about the bike, there is a bond within me, it’s an emotional bond where I’m attached to it.


I’m sure that if I went on the apprentice I’d be told that I’m a complete and utter prat ha ha. There is, there really is. It’s one of those things. I just want to put my arm around it and cuddle it and keep it safe


Thank you for this interview Steve :) 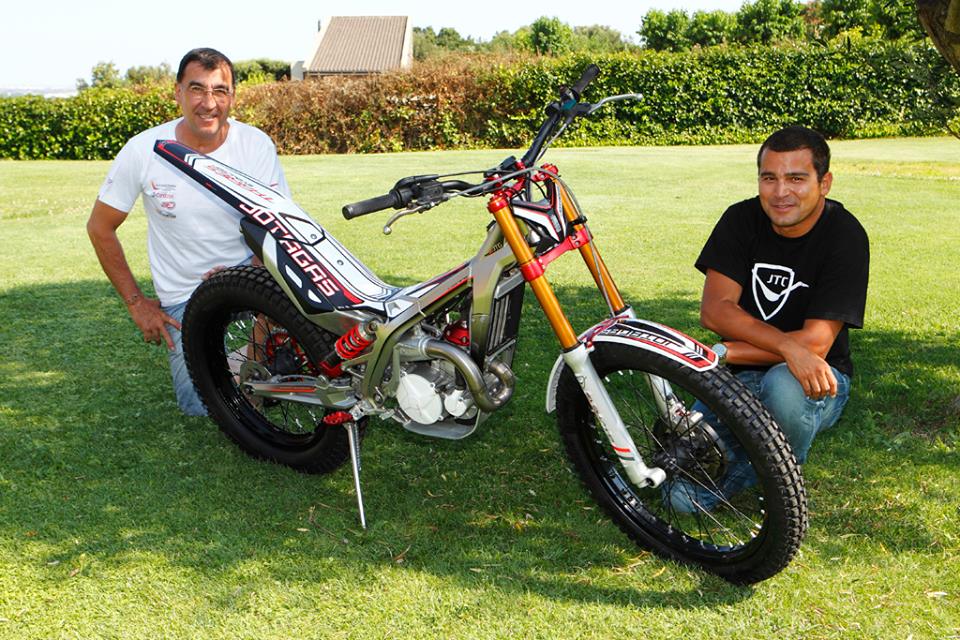