I remember that the Belgium on one year was on the Saturday and the next day the competition was in Germany on Sunday. We spend so much time in the van travelling. This is the year that we have one competition in Trentrum in England and seven competitions in the one year. I remember one time we were in Belgium at the competition and one father of a Belgium boy comes to me and say “is it possible for you to carry my son in the bus and take him to the completion. Is it possible? When you go back we can come and pick the boy up in Calais in France. I say no problem. I ask the father for the passport and he no no problem ok. Then we leave Belgium with the boy and we travel and go the ferry and go to customs. The police see all of the boys and he says “Please, the passports”.  They all have passports but this new boy he has green card from Belgium. The Policeman takes a look at the green card and says “where is this boy? 2 COME HERE”. He says to me “You are his father?” I say No” not his father “. The police man then says to me “You come with me and we go the immigration place near to here”.
The mother don’t know oh no, this is not good. The police come to me and say “the mother doesn’t know where the boy is”. “Why did you take the boy without the permission of the mother?” I reply “I get the permission of the father”. Maybe I was there for 3 hours ha ha with the police. I think that the police think that I take this boy to sell him ha ha ha.

How long had you taken the boy for?

We just go to England and back, we go quickly. Then the son remembers that he must call a friend of this father and he must go and get my father so that he can speak with the police. The boy remembers this telephone number and he give it to police. Police called the friend and the Police say to the friend “You know this man? He says “Yes”. Please can you go and fid him? The friend says “yes”. Finally he finds the father of the boy and he calls the Police. The police say to the father “Where is your son?” The father explains to them that the boy was with me.
﻿

When I first see Andreu Codina he was very young. Maybe 14 years old and very very tall. He was a superman, a suppppeeerrr man. He was a very tall boy and all the boys around him were small. All the small boys look to him and make photos of Andreu. He was a big man. He has a very good character and an excellent rider. He made some excellent promotion.
Andreu was the top Trialsin rider in Spain for many years and there was no one close. Ot Pi was several years younger and idiolized Andreu, looking up to him as a brother, because at this time Andreu was living in the Pi's house.
﻿What can you remember of Jordi Tarres?

﻿Jordi Tarres was the 1982 Cadet World Champion. 1983 2nd European Juveniles.
Jordi Tarres come later. Jordi Tarres is a good boy but not like Andreu. Andreu is super and was so friendly with everyone. Also Andreu stay with us for many years. Jordi Tarres some maybe 2 years with us. The 2nd year he was world champion in cadets and as soon as he finished he say “I decide to go to moto”. We think “no Jordi “, but he ride each round and he finish world champion and then leave and move. Andreu stay with us for a long time and Andreu stay with us for promotion and Jordi Tarres, no, he goes with us in the bus. Colomer,  Pons also like Jordi. They come with us for the completion but that is all. Andreu is our family. He lives in our house. He is like my son. Andreu is so clever. Such a smooth business man. He looks to nice and smooth that he looks almost like he is no good for business but …..we’re wrong.
In 1978 Pere was involved in the group and the creation of the first Indoor Trials which were promoted by magazine Solo Moto. He took responsibility over this project for 13 years of design, devising its rules and regulations.
From the office
Onto the living room. 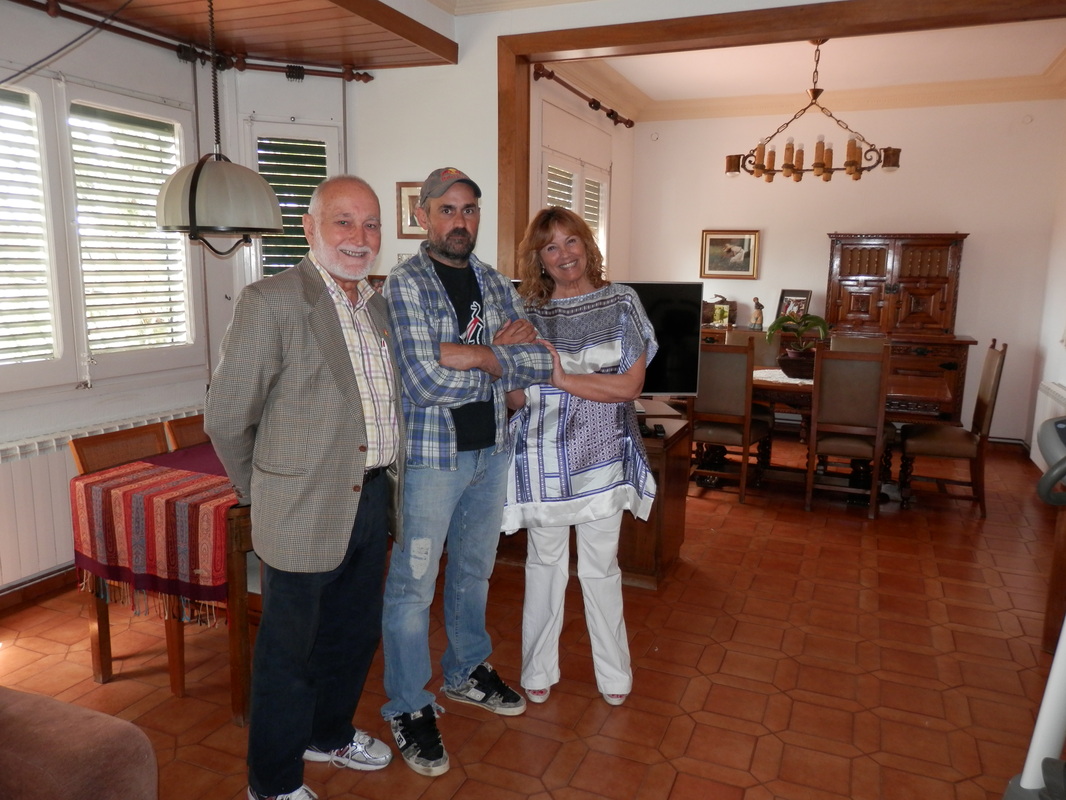 2014 Pere Pi Interview www.retrotrials.com
﻿I just ask you, because when boys grow and become teenagers, they are trouble ha ha and I think maybe Ot wasn’t to finish with the cycle and ride the moto. I have a girlfriend and I want to go for the drinking.

No, in our case, but I think maybe this is because I no make any pressure to him. If I push you, for sure you push me. If I push, he push. Me never push him. If I see a trial and maybe it’s slippery and Ot makes the section and Ot gets a bad decisions by the checker of the section, me, I walk way because he then might ask me “papa, what do you think happened there. What was my mark”? No, I know get involved never, never never.