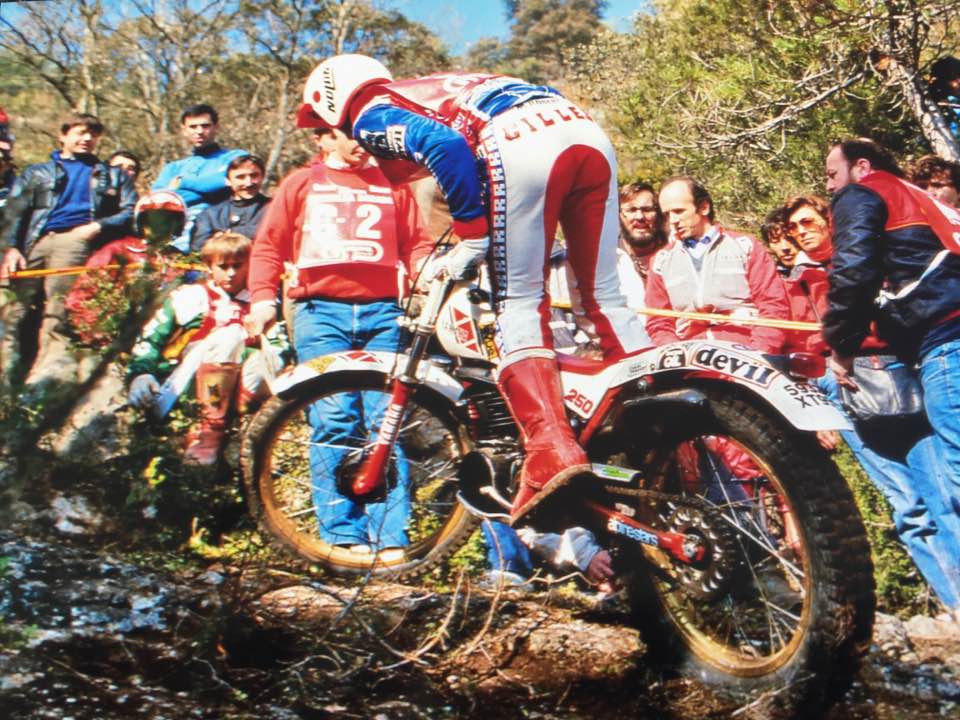 An Exclusive Interview with 1981 World Trials Champion Gilles Burgat
Have you ever sponsored any younger rider at all?

No because when I finished professionally riding, I stop riding for years and I have nothing to do with the sport. I was off trial for years, this was from when I was about 27 up until 5 years ago, so I was out of the sport and the scene entirely.
Did you ever think about starting a business perhaps with Bernie, I can see you two doing that somehow?
​
No no this never happened, but we almost did this a few times when Bernie rode for Garelli. ​
After Trial, Gilles followed in his father's footsteps, whilst Bernie was operating the Schreiber Marketing Consultancy, running the Alpinestar European cycle division and working for Malcolm Smith Racing as the distributor of motorcycle accessories in the USA.
They wanted to set up a business in France importing the bikes and so we thought about this between Bernie and myself but we didn't do it and looking back I think this was a good idea. Later I bought my lottery business and Bernie was involved with Alpinestars and at this time we almost setup a distribution business as well for football and cycle parts but we ended up not doing it.
But trials now is a big part of my life, I do a lot of riding and try to ride the Scottish six days trial every year but it is difficult because I have to find time to practice and also to go there and there is always something coming up in my life and work.
I have an electric trials bike which I use a lot and I'm trying to use more and more. I do skiing every weekend from December to the end of March. During the winter I do a lot of running and I bike a little bit and I'm also going to the gym too but I only went once this year ha ha ha. Last Monday was the first time but I've still got about a month before the Six Days start so I think I have to use this time carefully to get to the correct level of fitness but I've been out practicing on the motorcycle five times. 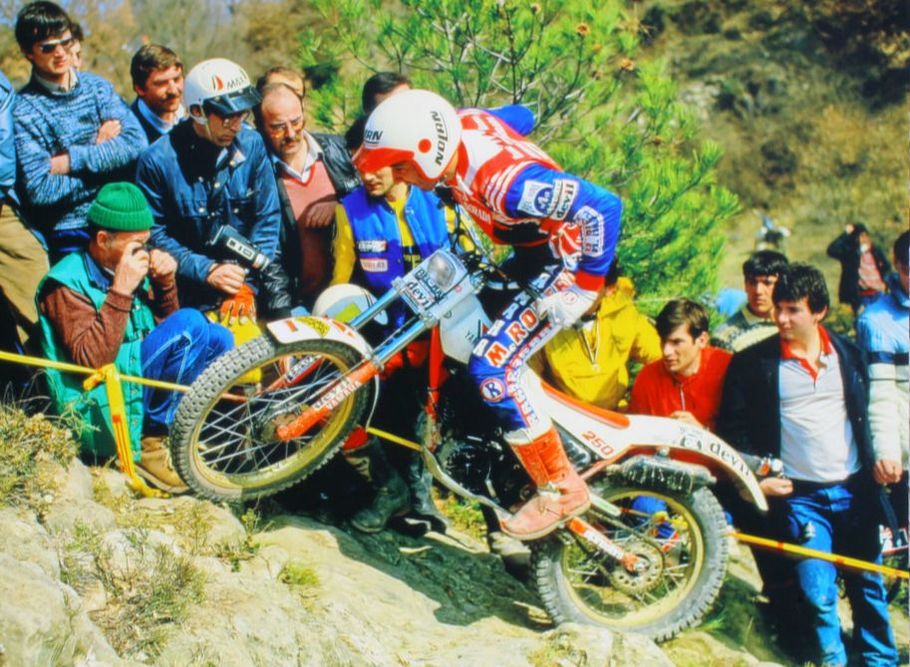 An Exclusive Interview with 1981 World Trials Champion Gilles Burgat
This place must be completely covered in snow then for a lot of the year?

Yes yes, what we have had this year is no snow until mid January this year, and January I said I'm going to try and ride once a week, but as soon as I said this it got cold, we had snow and there was lots of ice and everywhere was frozen so we couldn't ride. This place where we live here is very inaccessible when the snow comes but we have a four wheel drive golf and a Q7 four-wheel drive because here you know the road is very bad and if you don't have the snow tyres fitted and the four wheel drive it is very bad and you have to park the car up at the bottom of the hill and walk all the way up, now I just leave the snow tyres on all of the time, is just a different way of coping with the snow. My business area includes all of the ski areas as well so we visit these areas often everyday and even in the winter time and so the snow tyres I needed from about November the 15th you got this time snow is almost guaranteed in fact at the moment I still have the snow tyres fitted. 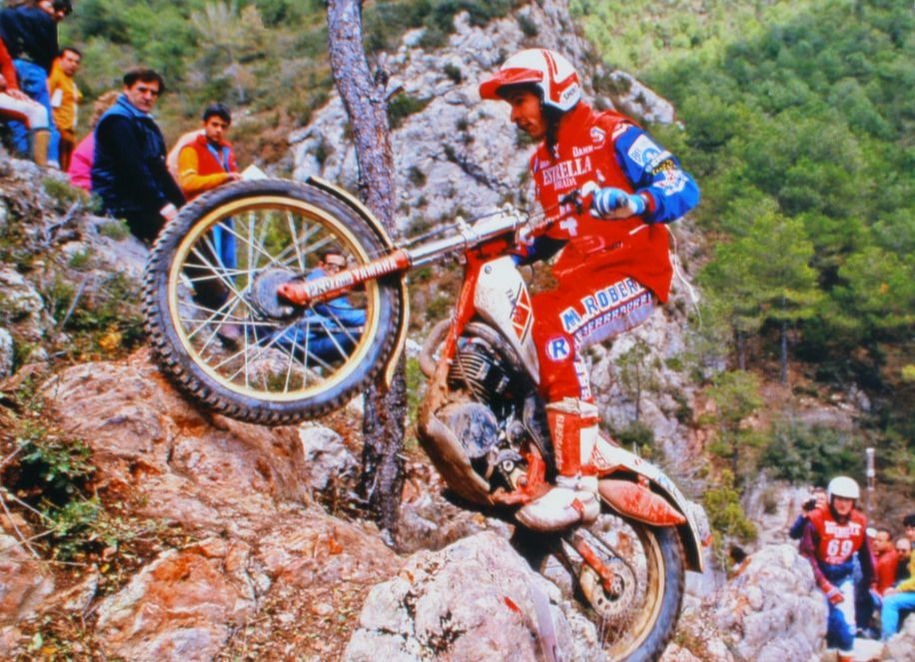 An Exclusive Interview with 1981 World Trials Champion Gilles Burgat
You mentioned earlier on that you had a new business that you have started, tell me about that?

So we started with two friends and my sister 2 years ago, the business of selling sporting goods, mostly winter and a little of summer attire. We sell skis, clothing, technical items and gear and also water skiing equipment and other items for Outdoor Leisure, so we started the business online. We also have two stores and we import products and have a distribution business as well. The company was called Shack but we made a big mistake when we started calling it Shack because nobody in France understands what you're talking about and the online business was very difficult, so we change the name of the company to La Glisse and it's much better, but it is a hard business and we are always coping with difficulties. We improve the business constantly and modify the online business continuity but it is an expensive business to be well known. Advertising online is very expensive, every time somebody clicks on a Google advert sending them in the direction of our website it costs us money.
​https://www.laglisse.com 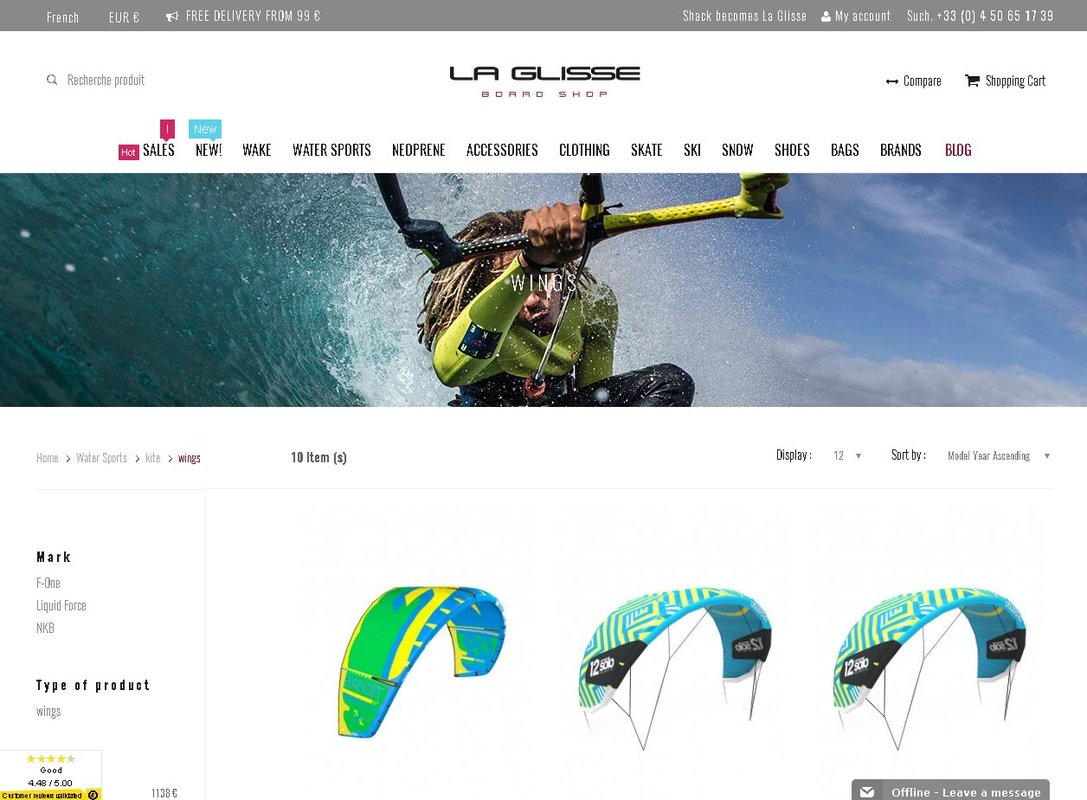