Albert shows us around. 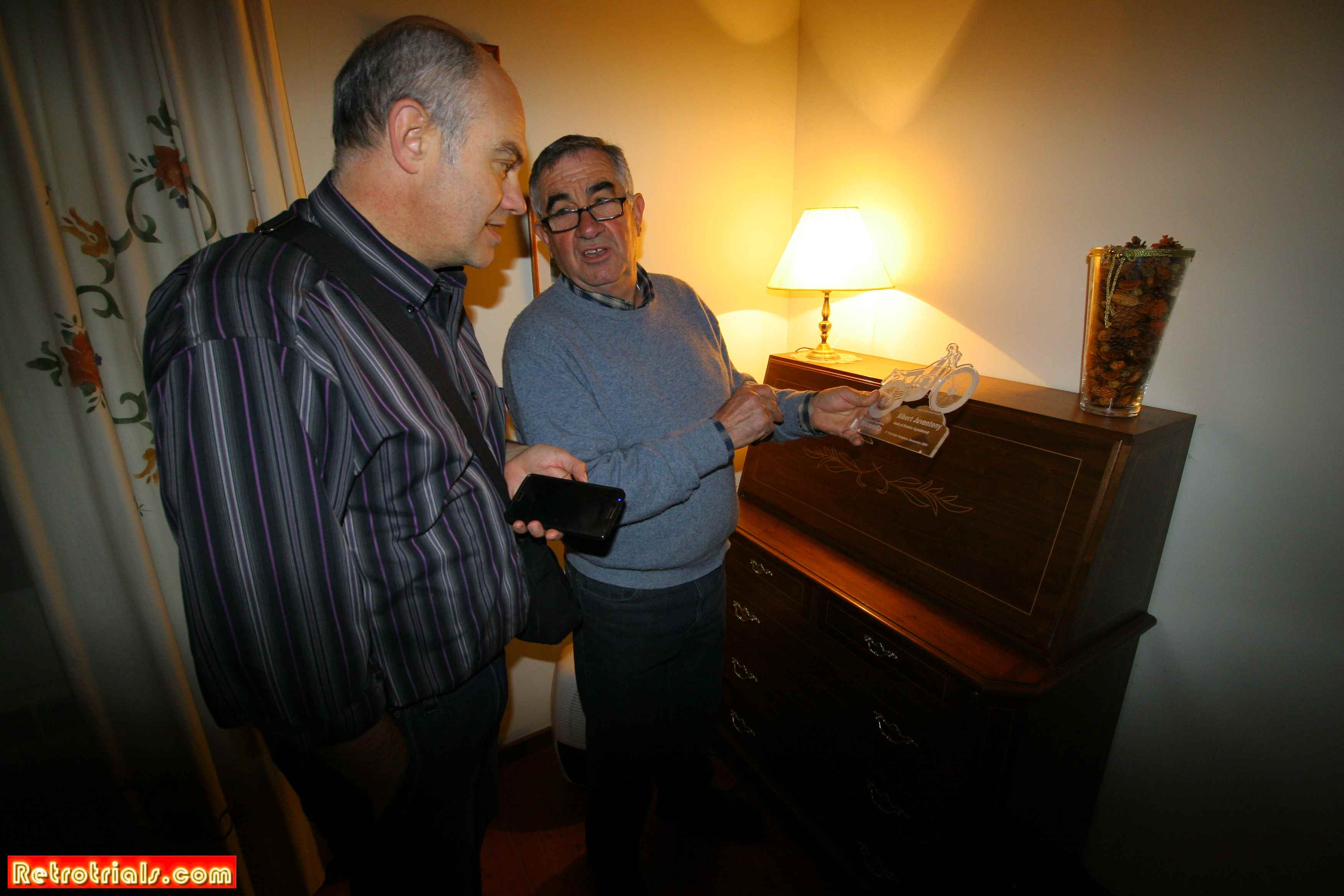 Exclusive Interview with ossa factory rider Albert Juvanteny
Just about the only photo of Francisco Almirall. Alfer only made enduro motorcycles untill Albert Juvantany arrived.
​​First of course I had to make the bike from almost nothing.When I contacted Alfer to develop the trial’s project, the frame, suspension, no problem I had a lot of expertise in this field but when it came to fine tune the engine I knew that Felip was an expert on it. He raced and was involved in the racing World. Felip knew how to fine tune an engine. He  knew the correct length of pipe for the correct power and other things . I asked Felip if he was interesting in collaborating with me in the Alfer project, this is how things started.  In the basement of his house he had a workshop.  Felip had already a business repairing bikes and he would help me in between his projects. We enclosed and designated a part of his workshop for the Alfer project.  He had the tools and machines like welders.
The Alfer frames were builded by themselves. Alfer had bricks factories, but also had a metallurgy factory to mantain the bricks machinery. It was very very good, with advanced technology.  But the problem was organize both works. This factory was near the mean brick factory in Sant Cugat.
We had Lluis Gallach as a rider. 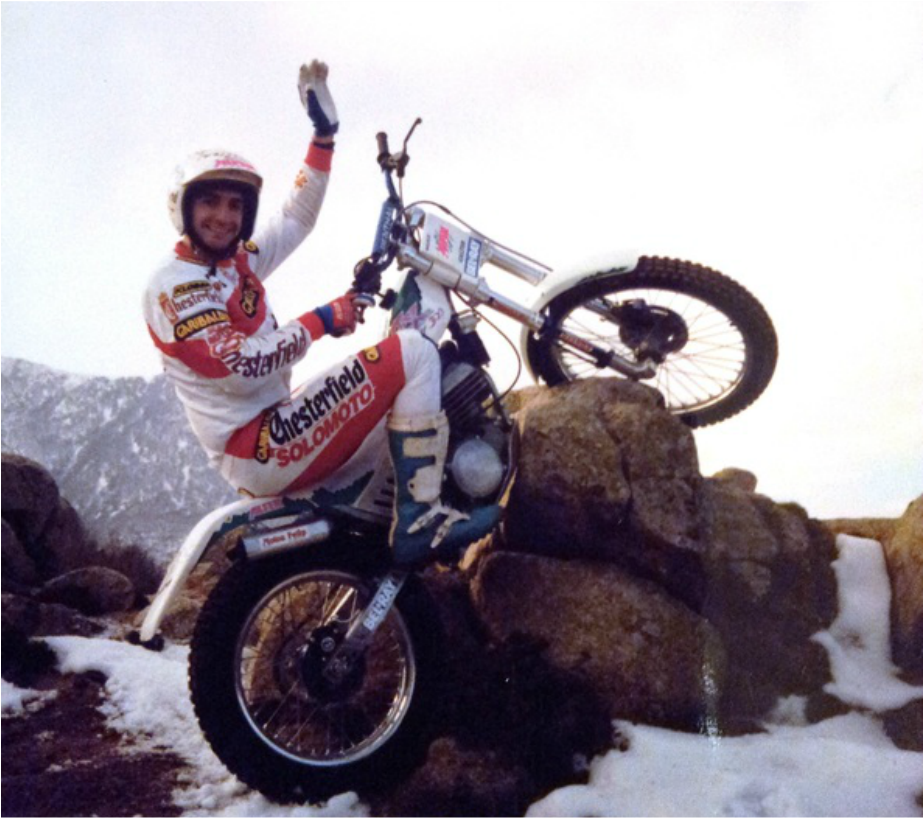 Exclusive Interview with ossa factory rider Albert Juvanteny
This factory is Motos Felip, the first workshop, is where we developed this motorbike, that still does look very modern!.

I gave a lot of time to those Alfer prototypes, because the engine they gave me was outdated. At this time Alfer was mounting the new Rotax engine on their enduro bikes. Felipe and I decided to modify this engine to make it good for trial. We changed the crank, the clutch and the cylinder.
The cooling system was very good, so we did not modify this. When the engine was so good and we had teste it we went to Austria  to show the engineers what they had to change to make it good for the trials.  When they knew exactly what to do they said, “We can do them, but how many do you need?”. Its all about numbers. We know that they had to do many changes to the engine ,but they give us the chance to pay this investment in every engine produced , by a little higher price for each .
I did the frame prototype  and the petrol tank. Felipe Gonzalez did the motor and the testing of this ,  but I designed everything. 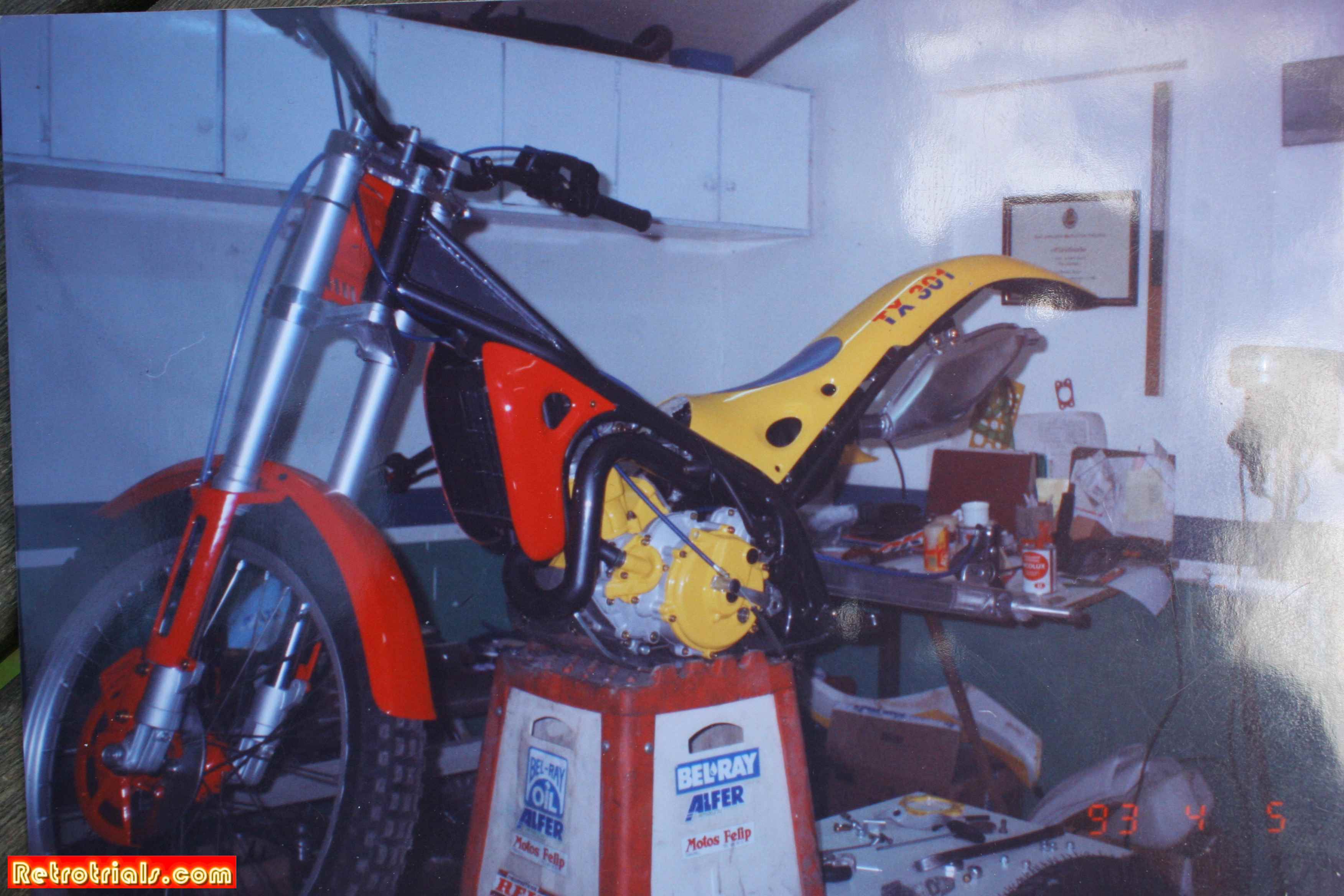 Exclusive Interview with ossa factory rider Albert Juvanteny
I was naive when I made the agreement with Alfer. Instead of saying I want a lump sum for the project I ended up getting a pay based on sales. In Alfer i had an agreement by royalties. I received between 5000 and 10000 pesetas for bike (i can remember exactly the amount) . But only 30-50 bikes were built including green and red.
In reality only a maximum of 10 red 1991 models were produced and about 25 - 30 Green 1989 bikes. The yellow watercooled Alfer remained a prototype only .
​Later on, somebody told me to be careful of this arrangement because Alfer was not a business to earn money. Francisco Almiral had brick factories where the money comes in big amounts
So after all of these experiences I went to Mr Almirall and I said to him that I left all the project and all involved in bikes. I was fed up of bikes and I needed a change in my life.

And some people tell me that couldn't go ok because this factory was created for loosing money. So i became fed up and returned to the campside again

I was scalded with what happened to me.  There is something else that I have not mentioned yet. When I left Alfer I met someone from here in Vic that wanted to make a motorbike, they told me to not worry about the money, that they  were going to put together a unit to develop the bike.  At that point I was so burnt out that I declined their offer.
Ah yes. After all of that , some wine . That's a good idea .

Thank you to Josep Argerich for his great help with this interview as well as Laia Matthews. 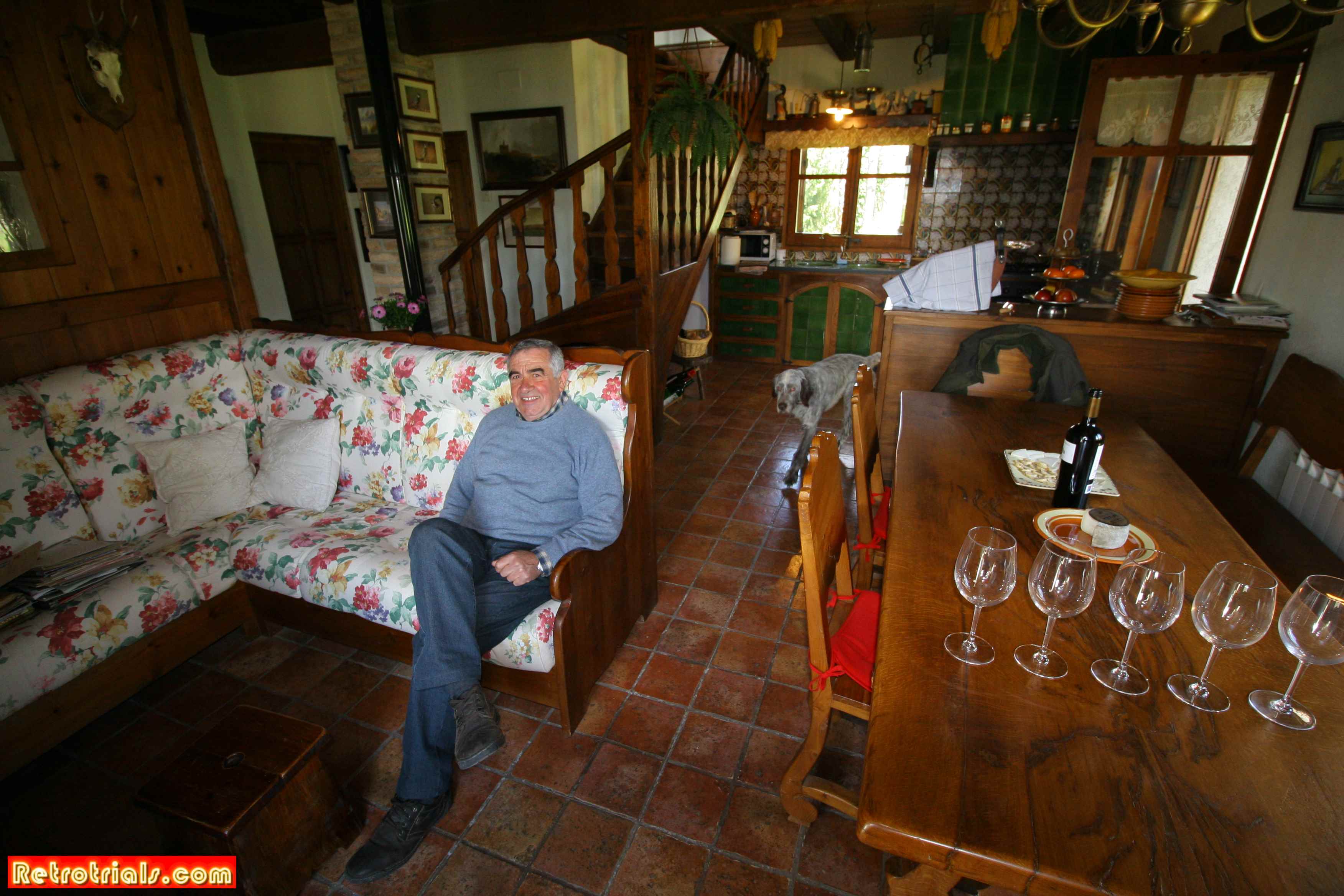